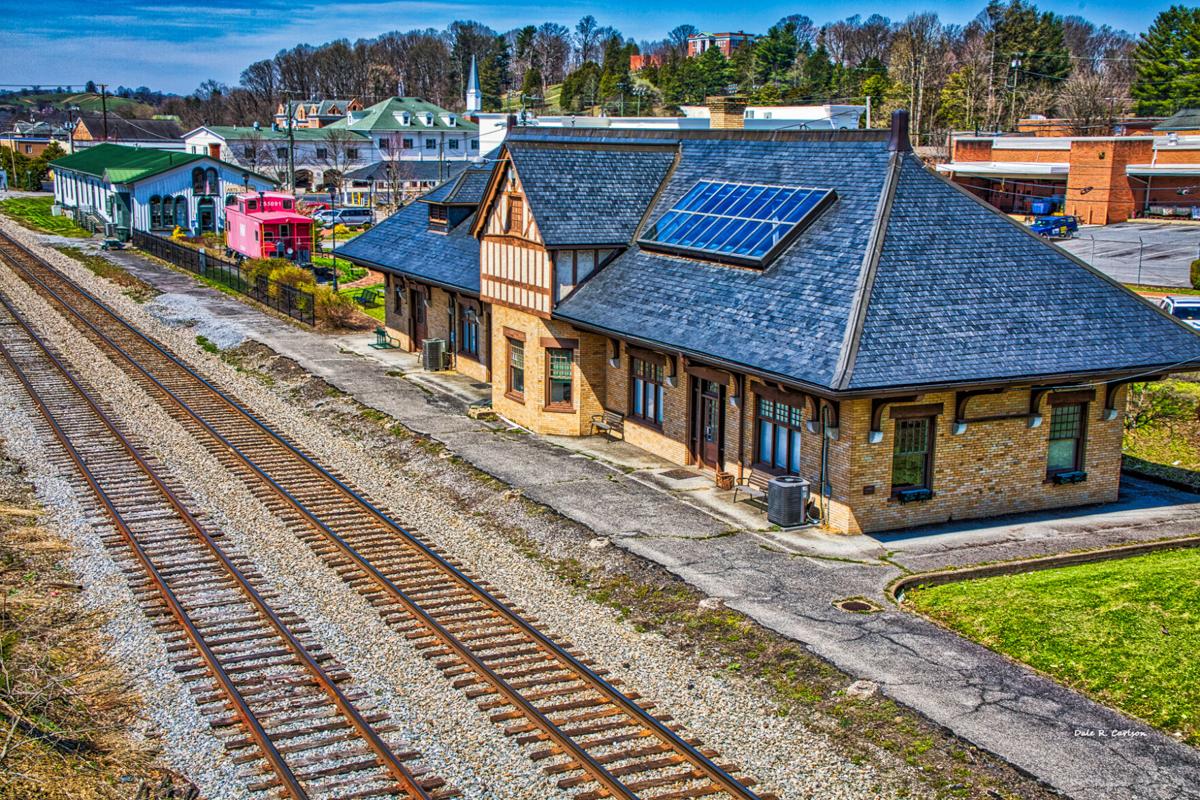 This photo shows the Arts Depot in Abingdon, a freight passenger railroad station established in 1869. 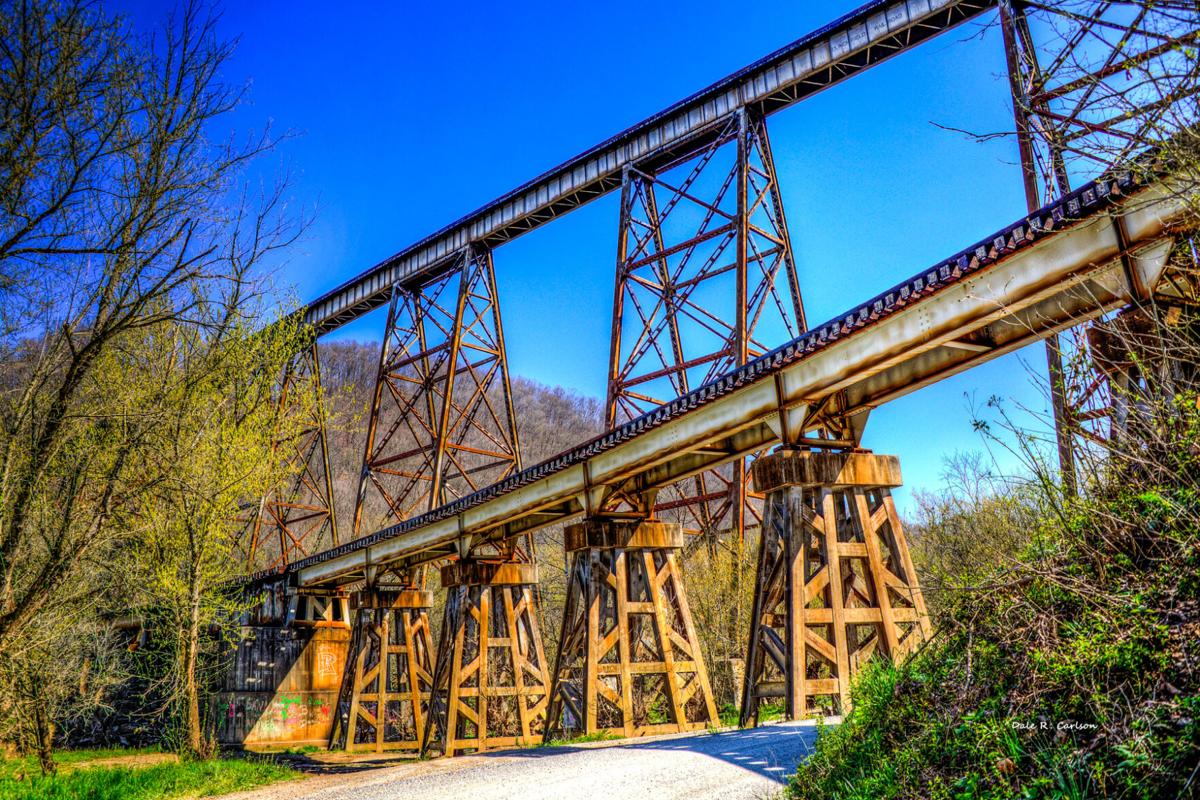 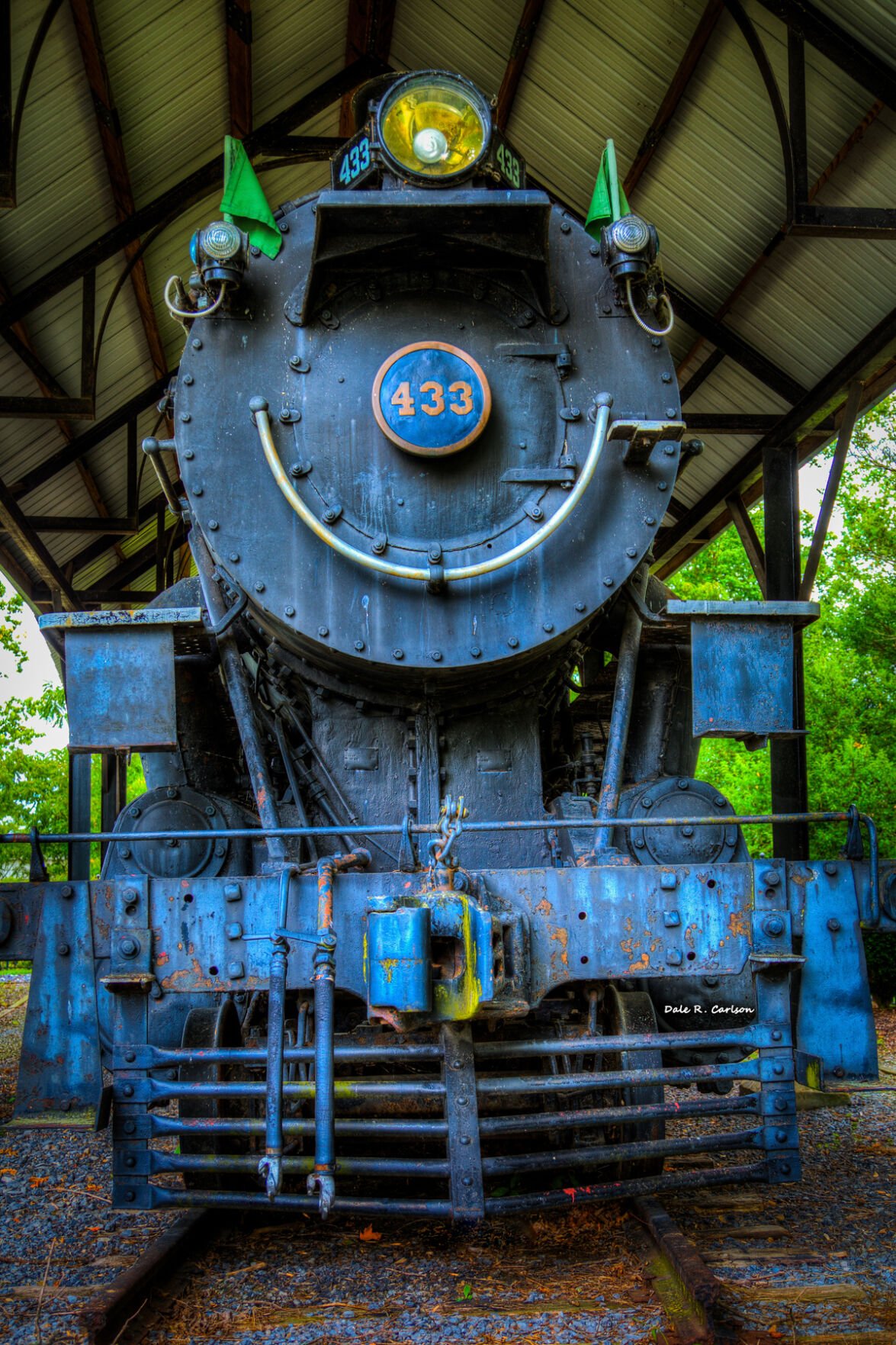 Norfolk & Western locomotive No. 433 is on display on the Virginia Creeper Trail near Abingdon, Virginia. Dale Carlson, who photographs trains, depots and railroads in the region, will showcase his photography exhibit at the Arts Depot starting Sept. 23.

This photographer roams to rail trails and active scenic railroads, as well as scouting old depots, seeking to show how trains have shaped landscapes and changed lives even beyond their original purpose.

“It’s examples of how railroad heritage has been used by these communities,” Carlson said.

Starting Sept. 23, Carlson is showing 44 of his artistic photos at a fitting location: the Arts Depot, situated inside Abingdon’s historic 1869 freight passenger station.

Dale Carlson’s art exhibit will be on display at the Arts Depot, 314 Depot Square, on Sept. 23 through Nov. 14. He will speak at the Abingdon Farmers Market on Sept. 21 at the annual Arts Depot meeting, running 6 to 7:30 p.m. For more information, call 276-628-9091 or visit abingdonartsdepot.org.

Carlson’s exhibit is a partnership with his wife, Becky, who serves as the longtime married couple’s business and marketing manager.

The couple calls their business “Bluemoonisticimages.”

Working together fits hand-in-glove with the couple’s marriage and how they “listen to the other and what each needs or wants,” Carlson said.

“Not everybody can be married and run a business,” said Carlson, 63.

The Arts Depot exhibit foreshadows an upcoming book by Carlson — what he hopes will showcase tracks and trains across several states, including Virginia, West Virginia, Georgia, Tennessee and North Carolina.

The Carlson couple moved to Abingdon about a year ago after battling winters in nearby Ashe County, North Carolina, where they lived in a cabin.

On Sept. 21, he is speaking at the Abingdon Farmers Market during an Arts Depot meeting.

“Basically, what I’ll be talking about that evening is the background and the reason for our ‘Mountain Rail Tales’ exhibit,” Carlson said.

Carlson has scouted rails turned into trails like the Virginia Creeper Trail.

Before taking up photography, Carlson worked in agricultural research and development at Raleigh, North Carolina.

Today, though, his imagination and talents are turned to tracking down “the railroad heritage in the mountains of Appalachia,” he said.

“The rails originally came to the mountains to bring industry.”

The sites of many rails have become recreational, like the Virginia Creeper Trail.

Roads replaced railroads when it came to the importance of passenger trains, Carlson said. “And a lot of the railroad heritage was left behind in these communities and started to decay.”

Yet there has been a positive force in many ways, the photographer said.

“Many of those communities since that time have resurrected that heritage and utilized it for their benefit,” Carlson said. “This exhibit captures how these communities have reutilized and restored old depots and train cars.”

This photo shows the Arts Depot in Abingdon, a freight passenger railroad station established in 1869.

Norfolk & Western locomotive No. 433 is on display on the Virginia Creeper Trail near Abingdon, Virginia. Dale Carlson, who photographs trains, depots and railroads in the region, will showcase his photography exhibit at the Arts Depot starting Sept. 23.