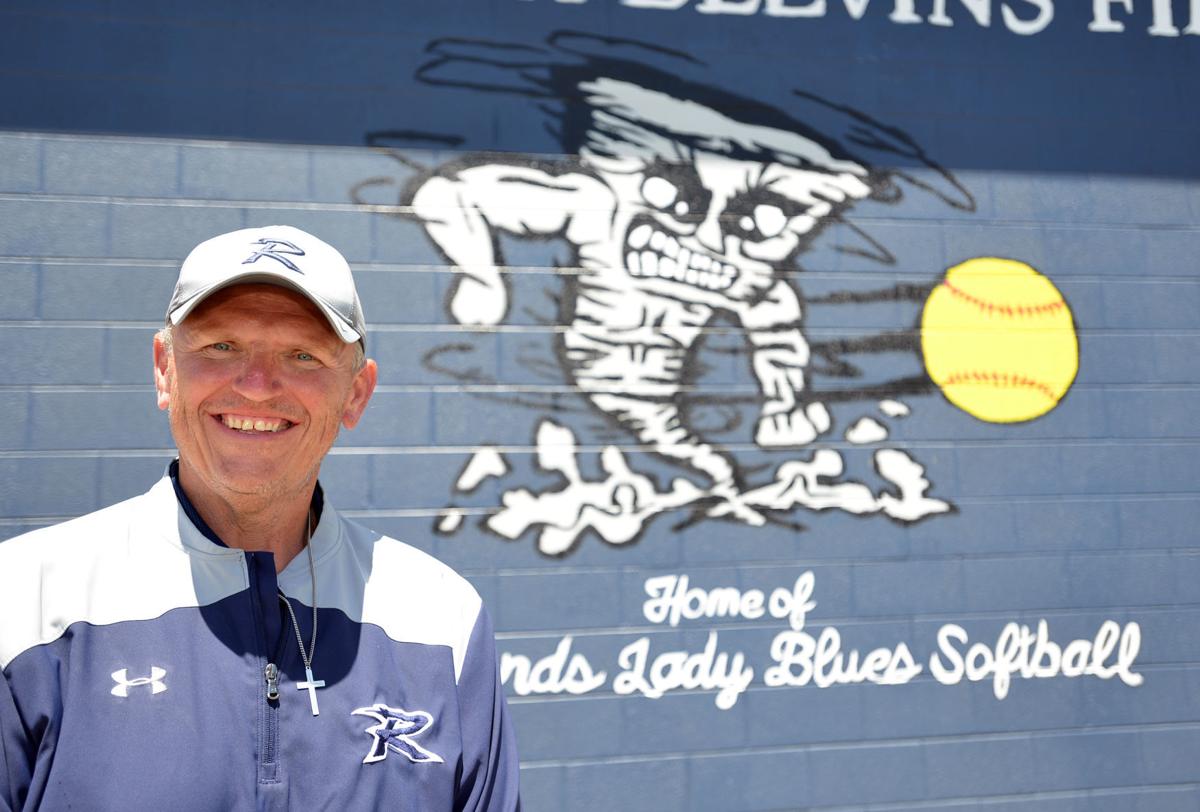 Ronnie Davis of Richlands is the 2018 Region 2D coach of the year. 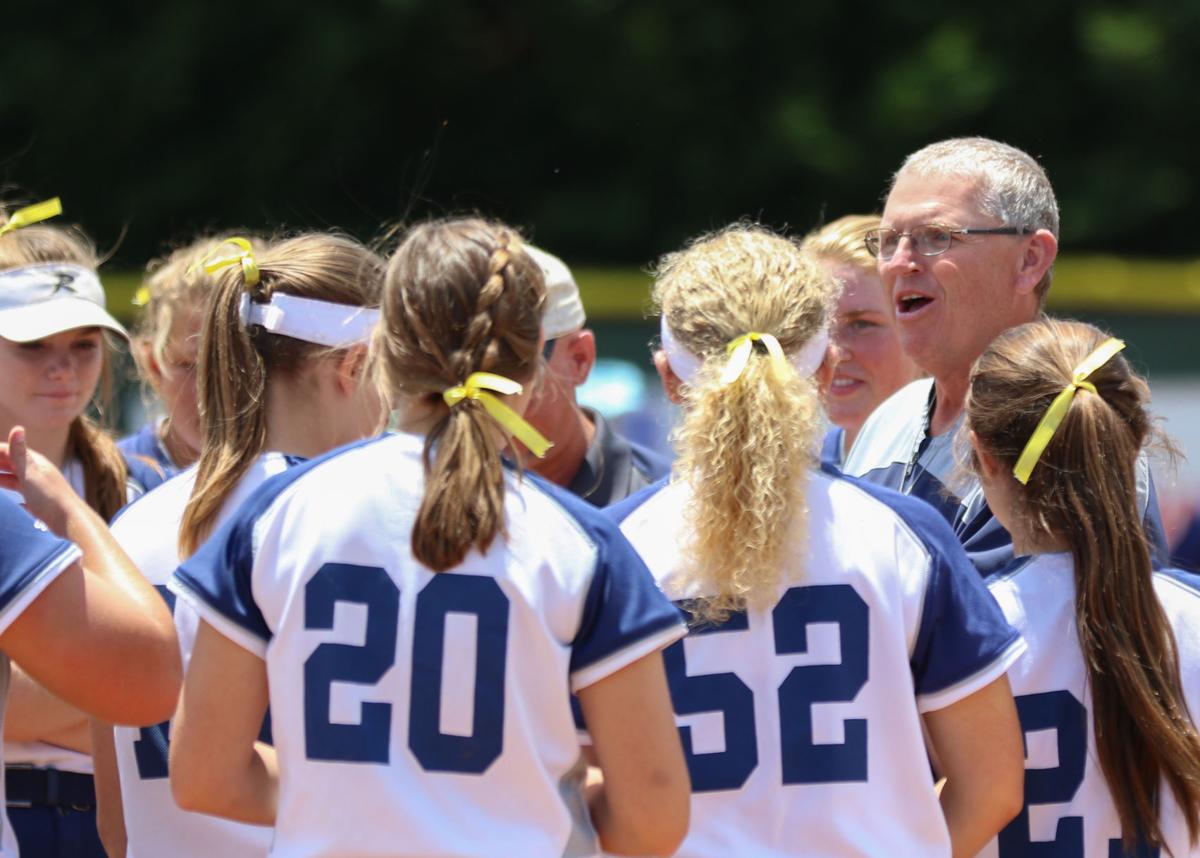 Richlands softball coach Ronnie Davis has a few words with his team in a game from last season.

Mac Osborne struck out 16 in pitching a one-hit shutout and Lauren Earls scored a run in the fifth inning as the softball team at Richlands High School recorded a 1-0 victory over Madison County on June 14, 2019 to win the VHSL Class 2 state title on the campus of Radford University.

That turned out to be the last official game with Ronnie Davis at the helm of the Blue Tornado as he confirmed on Thursday that he’d resigned his post as the head softball coach at Richlands.

A teacher at Richlands Middle School, Davis will serve as an assistant football coach at Graham when the G-Men take the field in the spring of 2021 after the VHSL shifted the start of the season from August until March.

“I heard rumors that I would not be coaching next spring, so I asked the [Richlands] principal [Kim Ringstaff] and we had a couple of discussions about the situation,” Davis said. “Then, it was explained to me because of the perception of coaching football at Graham and the overlapping of sports that I could not coach softball.

A 1983 graduate of Richlands, Davis coached multiple sports at his alma mater for three decades with two stints as an assistant coach at Virginia High also on his resume.

Ultra-successful Richlands football coach Greg Mance stepped down following the 2019 season to take a head-coaching job in South Carolina. Thad Wells took over as the gridiron boss at Richlands.

Instead, Davis will head 45 minutes up the road to be an assistant at Graham, a Southwest District rival of Richlands.

“When God closes one door, he opens another,” Davis said. “That is exactly what happened. About three months ago, Coach Tony Palmer asked me if I was interested in coaching football. God answered my prayers. I was comfortable with what they do as a program and accepted a coaching job at Graham.

“I was blessed because I am able to coach with my brother, Dennis Palmer [who is a Graham assistant as well]. I did not think I would ever have that opportunity. … The good Lord worked things out.”

Things certainly worked out for Davis for seven seasons on the softball diamond as he guided the Blues to state runner-up finishes in 2017 and 2018, while winning it all last year.

The 2020 version of the squad featured nine seniors and was poised for a repeat before the coronavirus (COVID-19) pandemic put the brakes on the season before it officially began.

A softball successor has not been named yet.

“This position is vacant at this time, but will be advertised on the Tazewell County Public School’s website,” Ringstaff wrote in an e-mail to the Bristol Herald Courier.

Davis was popular among his players and opposing coaches due to his positive attitude and friendly demeanor.

“His biggest strength was his ability to inspire us to give 100 percent,” said Osborne, who will play for the Virginia Tech Hokies. “He knew the game and was a great baseball player himself. …The biggest thing that Coach Davis taught me was to always believe in myself and to trust my instincts. He always encouraged me to step forward and to be a leader. He himself led by example and led with grace. Don’t get me wrong, he was tough on us, but at the end of the day we knew he was in our corner.”

Ronnie Davis of Richlands is the 2018 Region 2D coach of the year.

Richlands softball coach Ronnie Davis has a few words with his team in a game from last season.