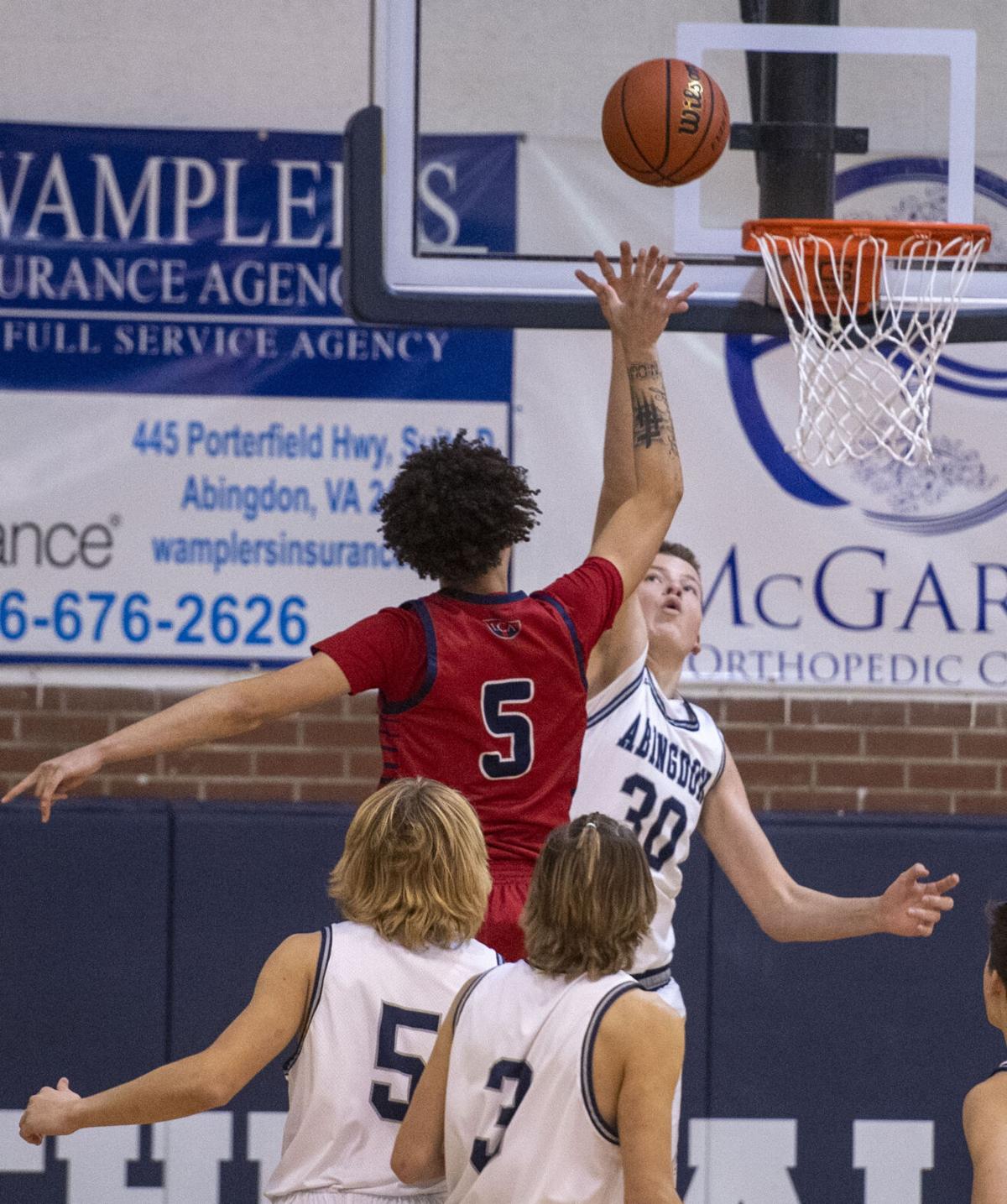 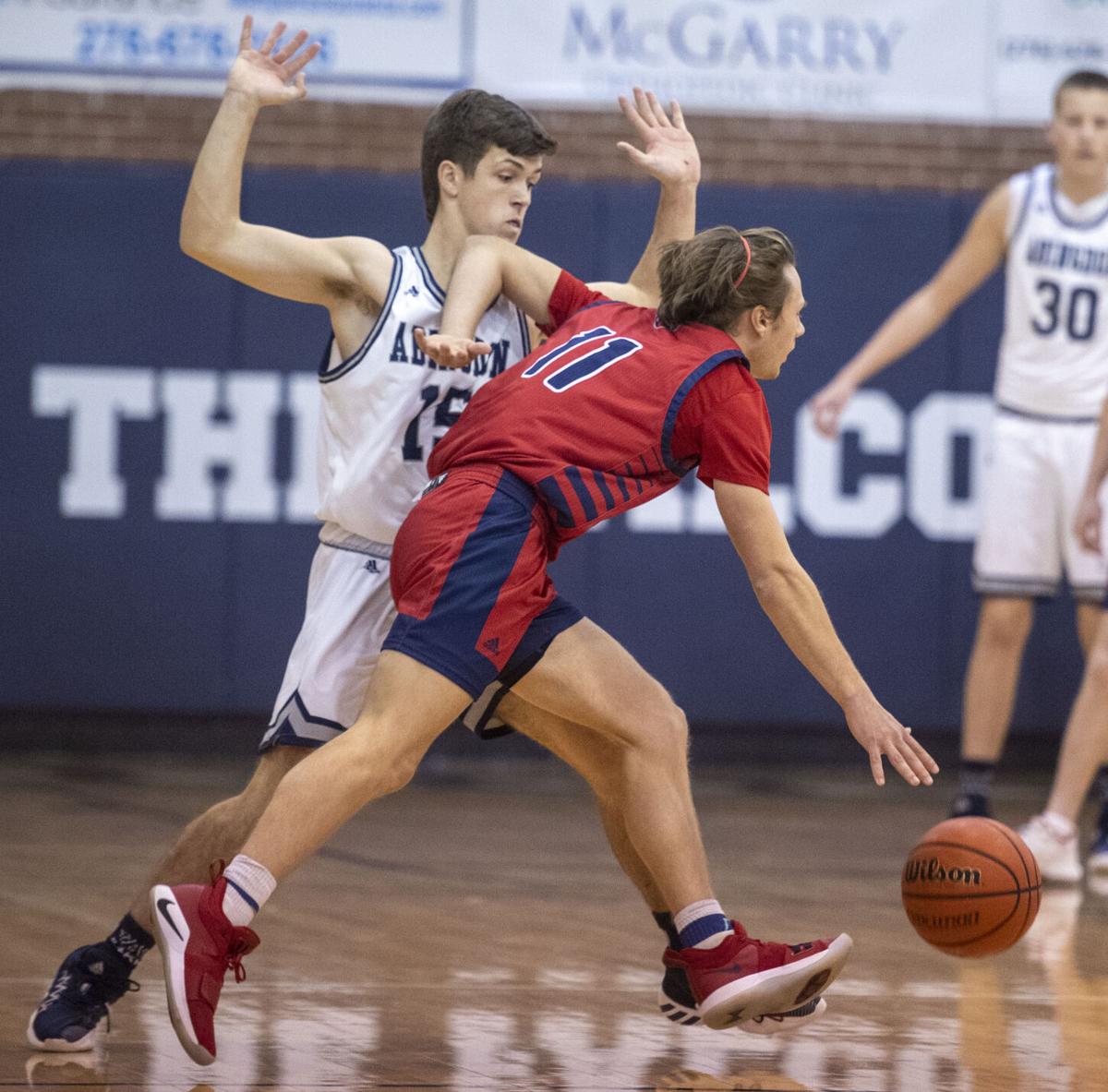 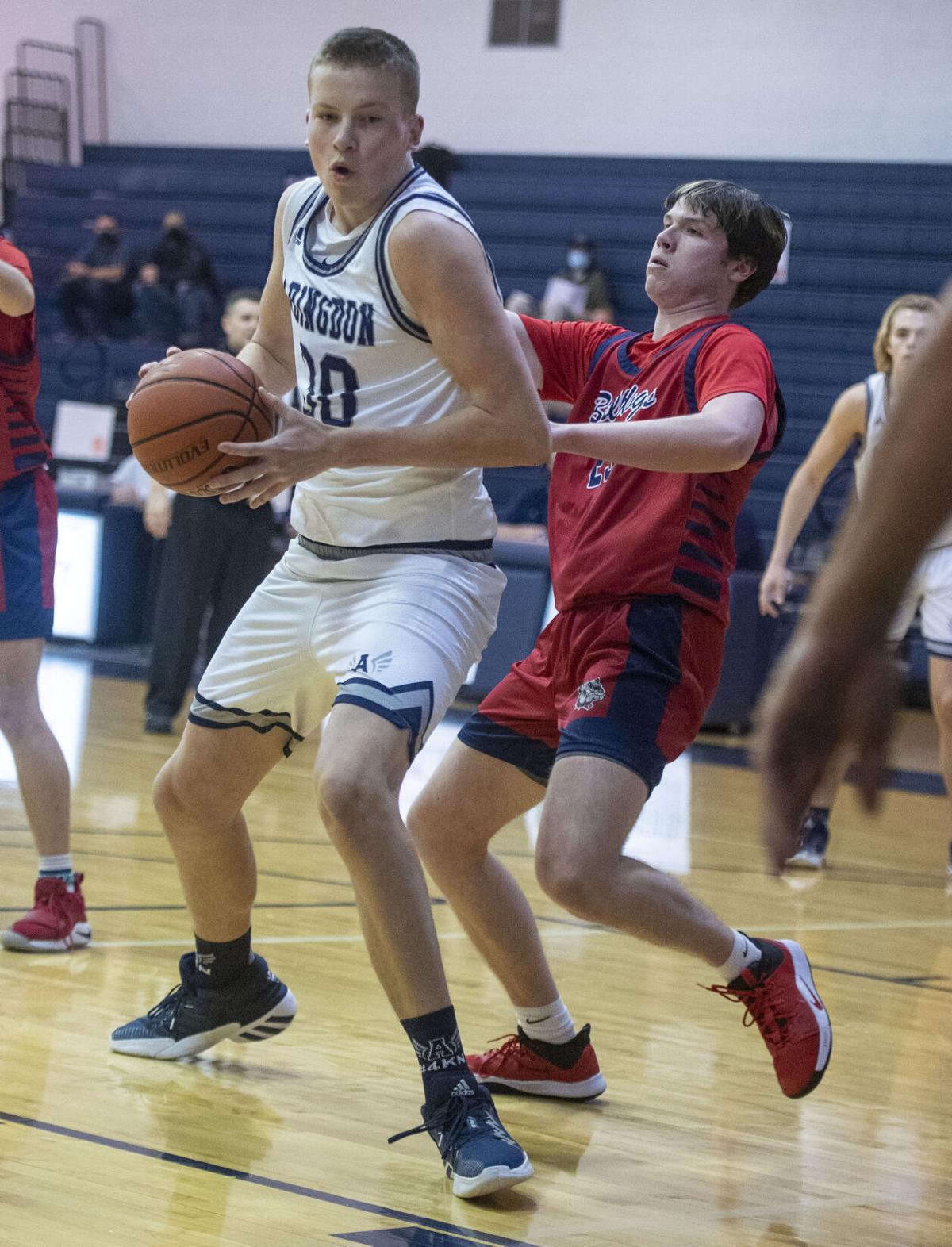 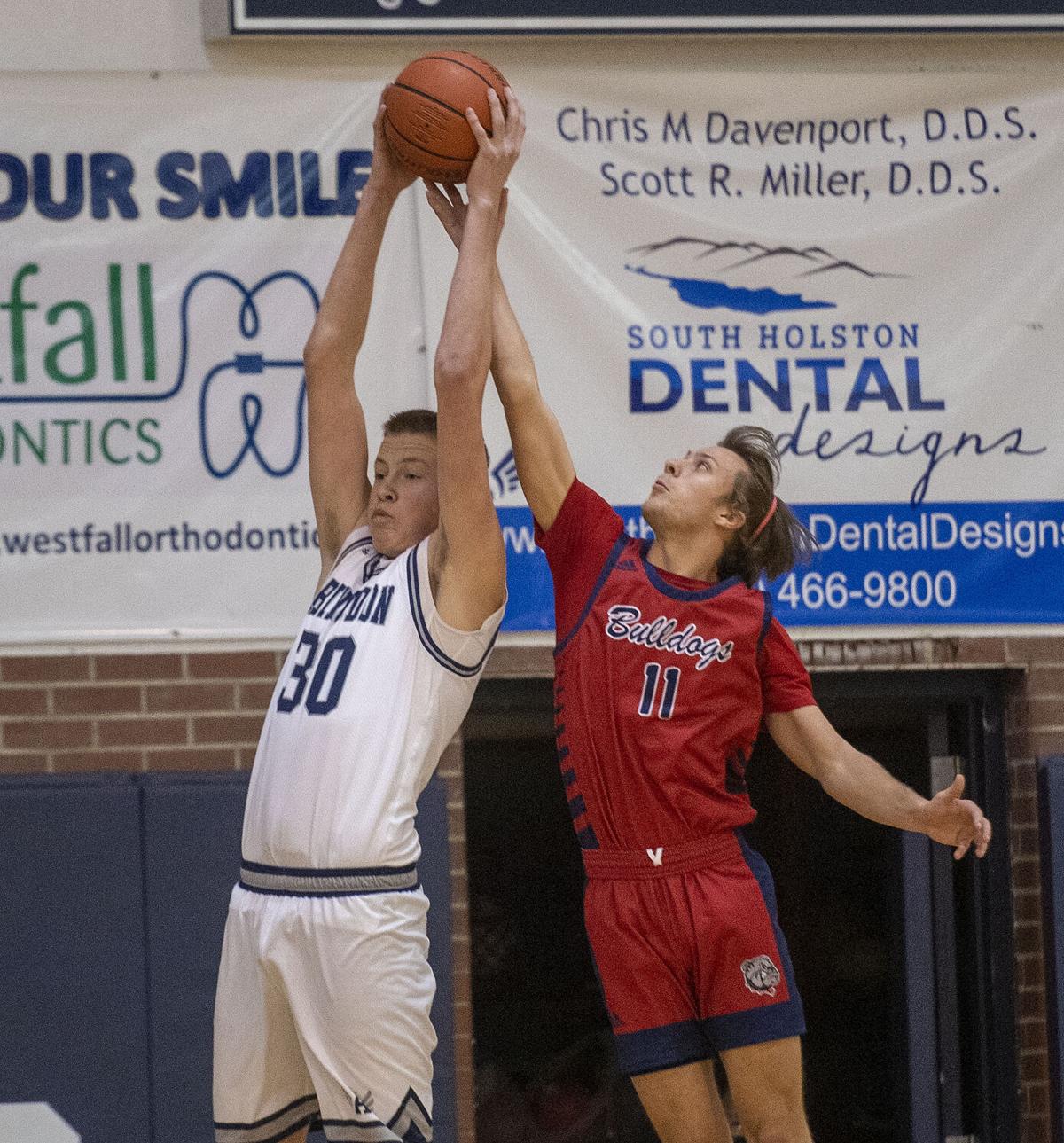 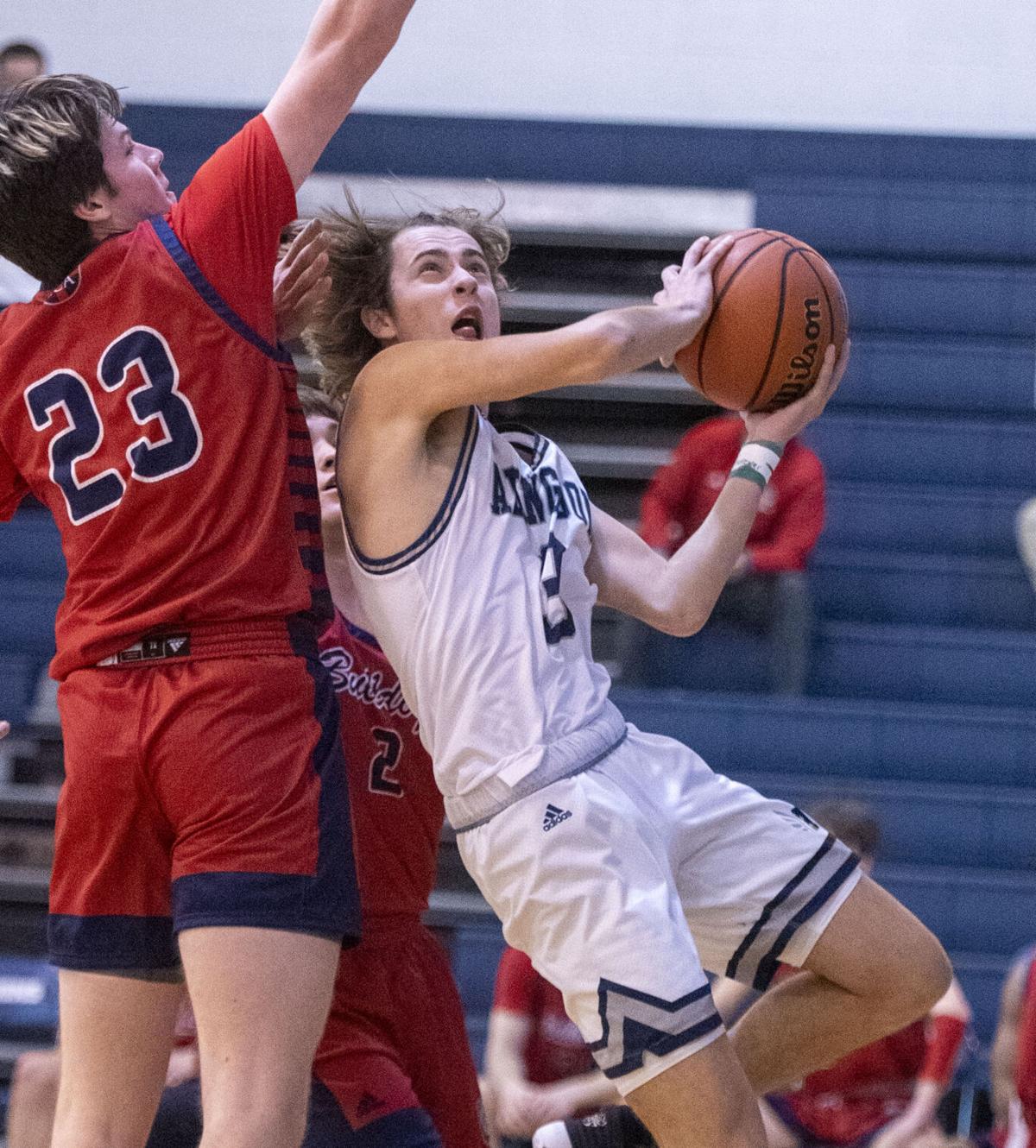 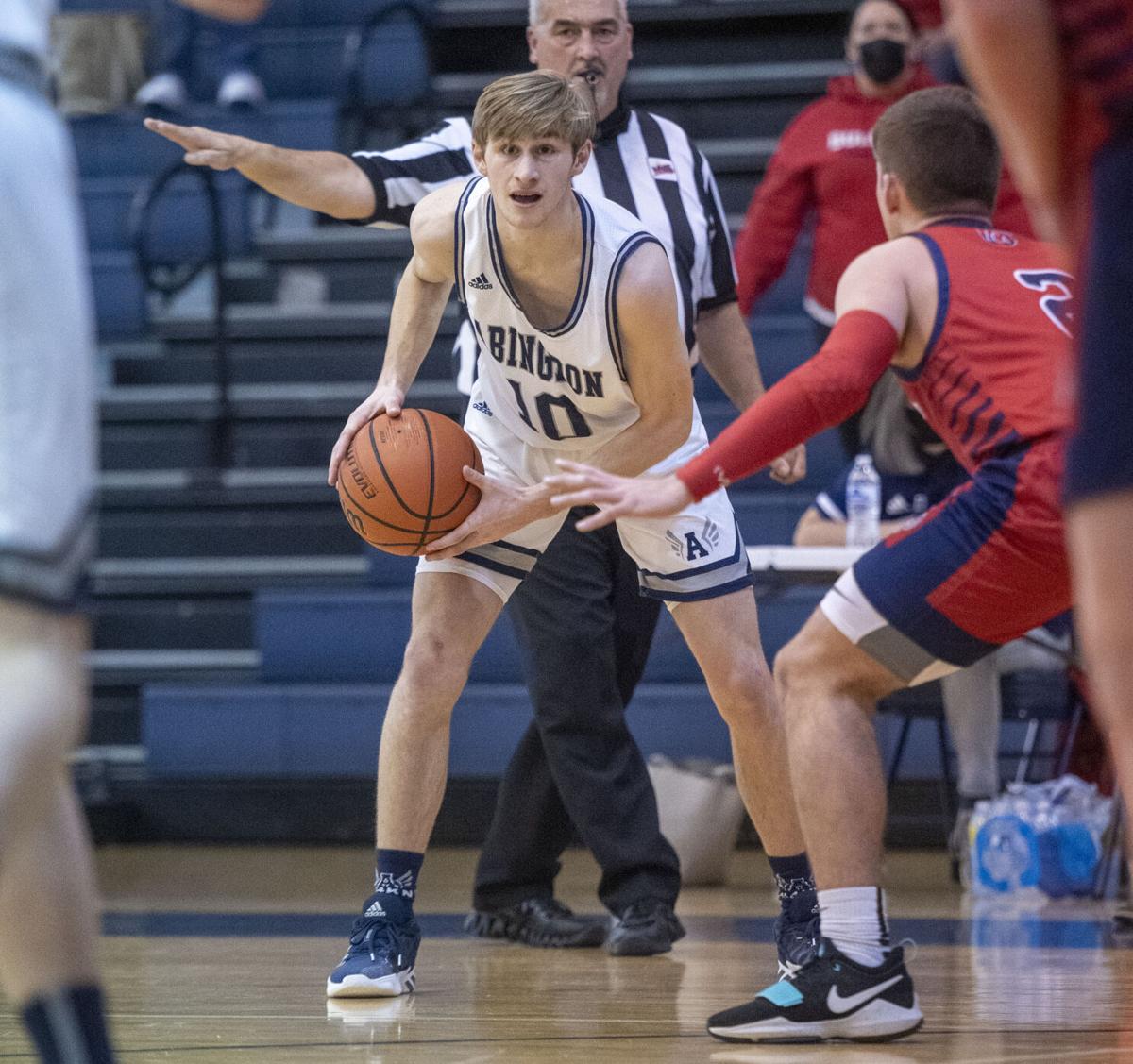 Abindon's Chase Hungate looks for a cutting teammate against the Liberty Christian defense. 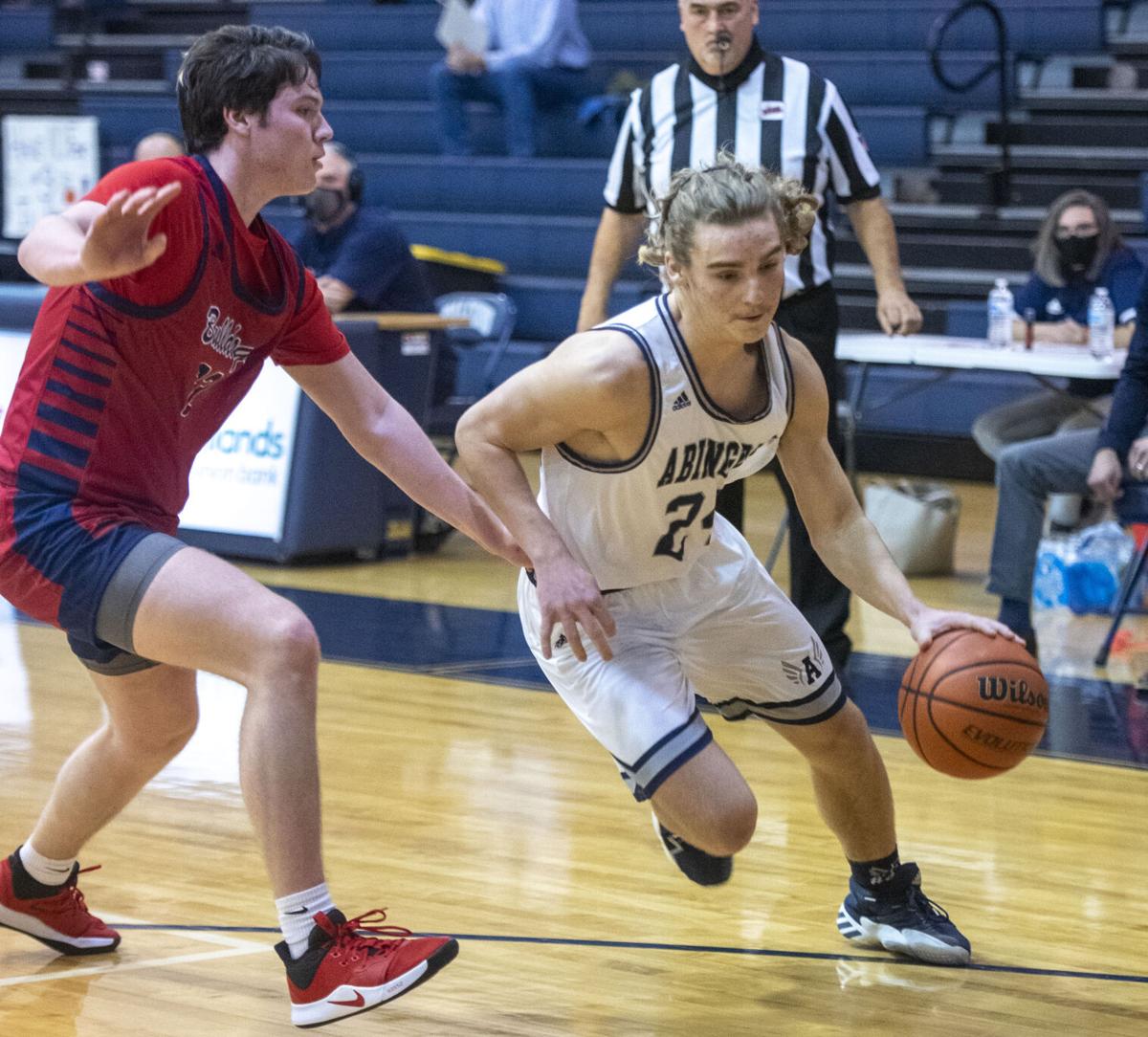 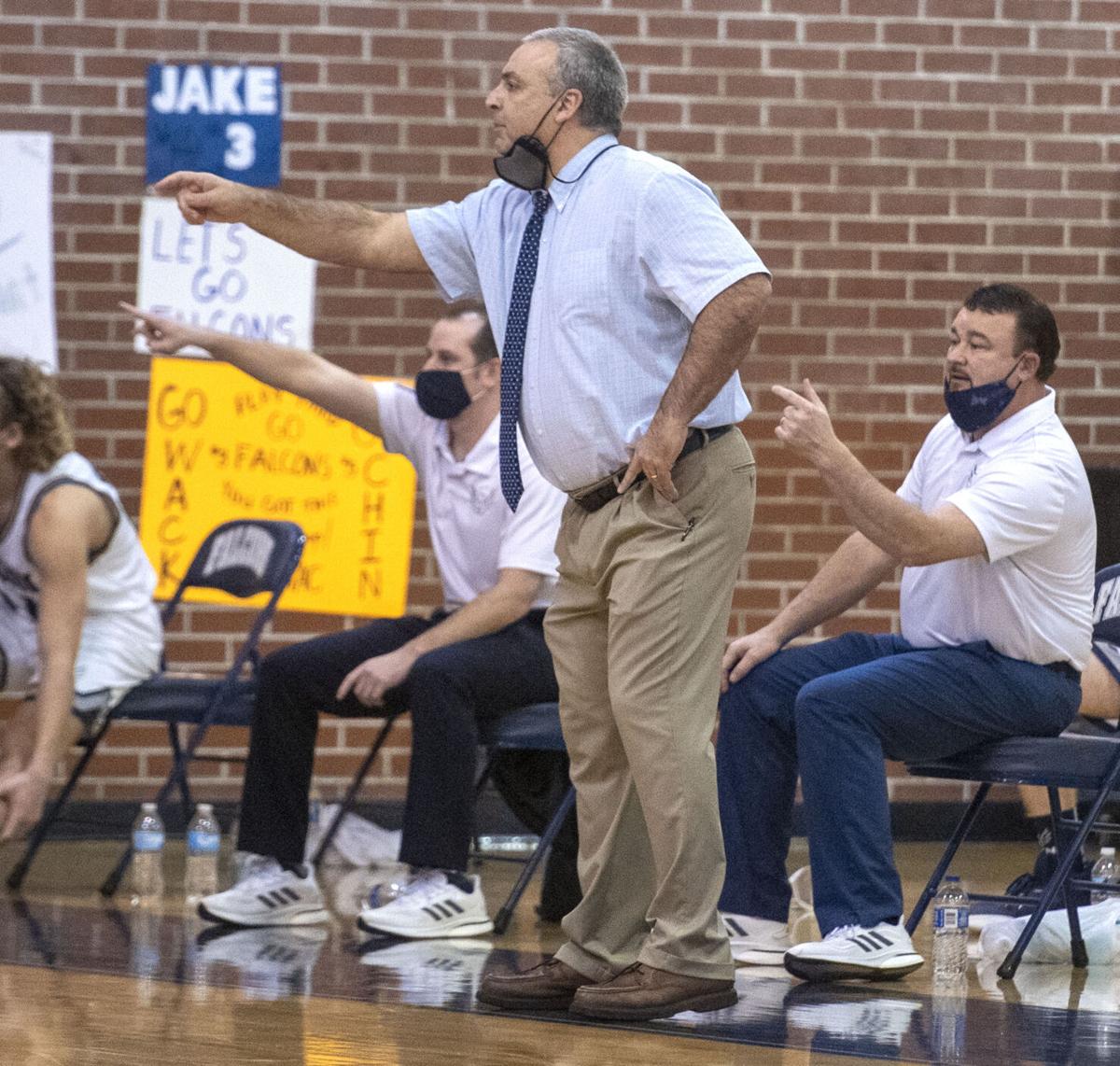 ABINGDON, Va. – They refer to the town of Abingdon as historic and the high school boys basketball team in the community continues to make some hardwood history of its own.

Evan Ramsey, Jake Thacker, Chase Hungate and company delivered once again as the Abingdon Falcons earned a thrilling 58-55 win over the Liberty Christian Academy Bulldogs on Wednesday in the semifinals of the VHSL Class 3 state tournament.

Abingdon will host Hopewell in Saturday’s state finals, the first time the boys hoops program at the Washington County school has reached this point since finishing as VHSL Group II runner-up to James Blair in 1965.

“It’s crazy to even think we’re here,” said Thacker, a senior guard who scored a game-high 22 points and connected on numerous clutch buckets. “It’s unreal. We’ve all bought in and that’s why we’ve gotten this far. We’re all as one.”

Every single player who saw the floor contributed in some way to the victory.

LCA led 23-14 with 6:09 remaining in the third quarter on a 3-pointer by Haddon Smith. Abingdon responded by ripping off a 9-2 run to close the first half, drawing within two points at the break.

“I felt really good at halftime,” said AHS coach Aaron Williams. “We were 1-for-7 from 3 and we usually shoot the ball better. I told them at halftime that Evan was our ace in the hole. We needed to play from the post and read to see how they were guarding it.”

Ramsey, a 6-foot-11, 230-pound sophomore center, was up to the challenge as he scored eight of his 14 points in the second half.

“My teammates were giving me great passes and I was able to get position,” Ramsey said. “So, it worked out well for us.”

The contest was a back-and-forth battle over the final 32 minutes and Abingdon took the lead for good with 16 seconds remaining as Ramsey converted a tiebreaking bucket in the paint.

After Hungate made 1-of-2 free throws to make it 58-55, Liberty Christian Academy got a chance to tie things up with 3.6 seconds left. A nifty play got Smith open at the 3-point line, but he misfired.

“My heart was racing,” Ramsey said. “It was up in my throat. Luckily, they missed.”

Smith thought he got fouled on the long-range attempt and loudly voiced his displeasure to the nearest referee.

“Hey, we got a good look is how I’ll word it,” said LCA coach Paul Redgate. “Sometimes it’s about possessions earlier and it’s not always just the last play that dictates everything.”

The Bulldogs trailed 55-49 with 1:35 left, but managed to quickly tie things up.

“We knew we were going to be in for a battle tonight,” Redgate said. “Abingdon is a good team, well-coached. These games this far along, you know they’re going to down to the end — a possession here or a possession there. ... I was proud of how my guys fought for all 32 minutes.”

Hungate added 20 points for AHS, which played its usual unselfish brand of basketball.

“We love playing with each other,” Ramsey said. “And playing for each other.”

They’ll now play for a state title and Williams can appreciate how special that is.

He had lost in the state quarterfinals twice as the head coach at Castlewood and fell in the semifinals on two occasions when he was the boss of the J.I. Burton Raiders.

Now, in his second season at the helm of the Falcons, Williams has his tough and talented team on the brink of winning it all.

“We’re not satisfied. This group is not satisfied,” Williams said. “We want to take this thing all the way and we’ve got more to go. These guys are winners. We’ll celebrate a little bit tonight, then we’ll get back to work tomorrow for another tough opponent on Saturday.”

Abindon's Chase Hungate looks for a cutting teammate against the Liberty Christian defense.