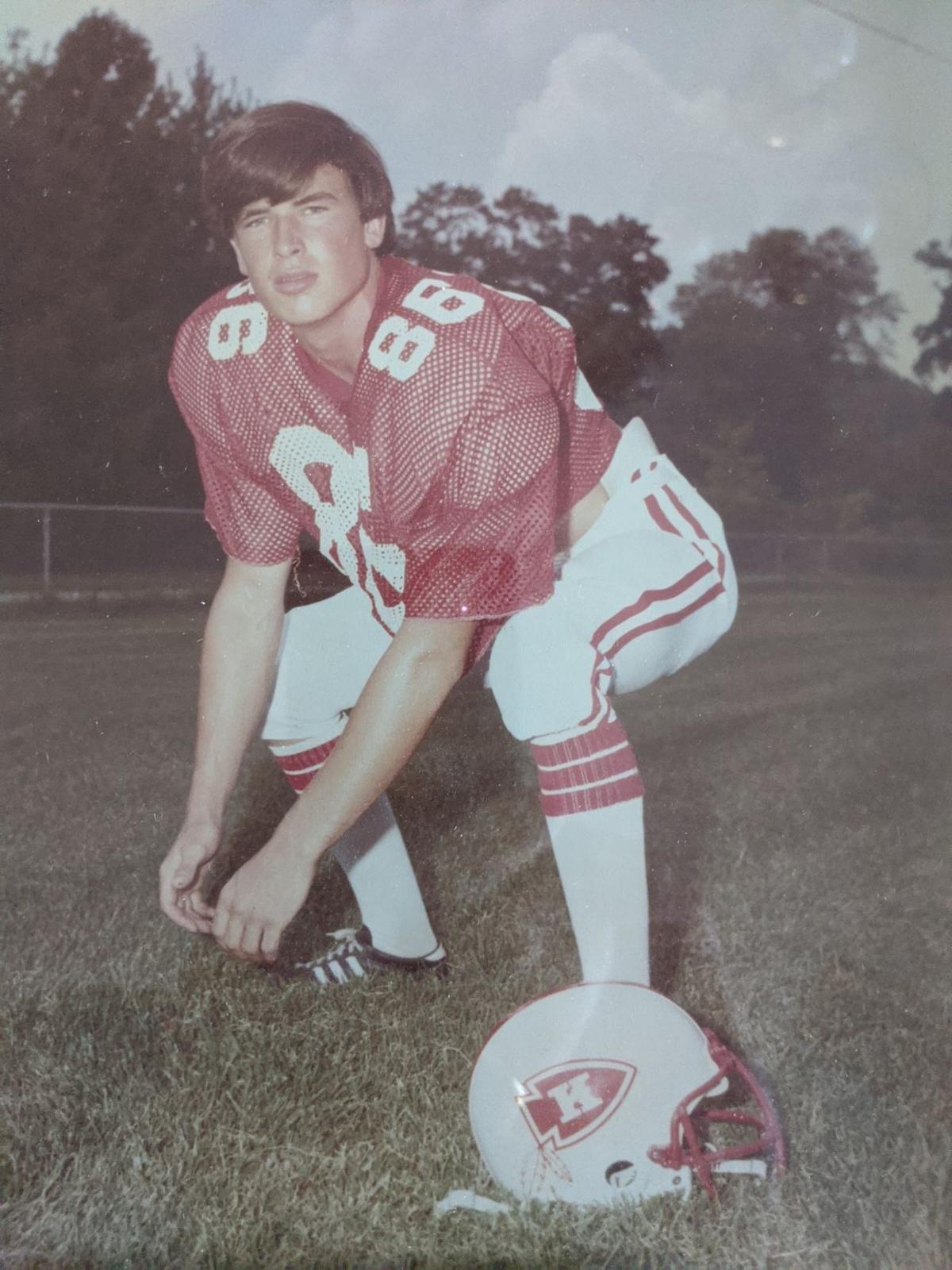 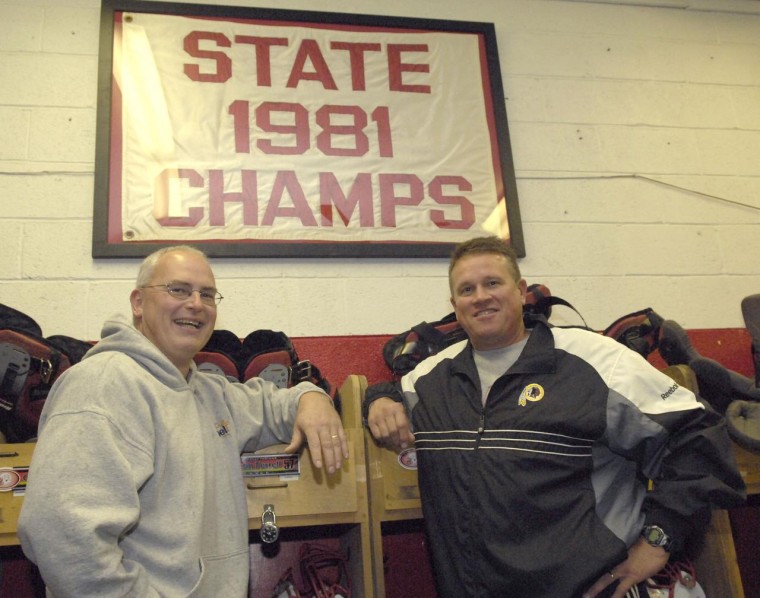 Scott Church had been selected to be J.J. Kelly High School’s representative in the 11th edition of the annual gridiron showcase, but he was informed by his baseball coaches at East Tennessee State University that he couldn’t participate and was off playing summer ball in preparation for his freshman season on the college level.

That opened up a spot for Osborne on the West roster and the alternate was outstanding as he booted a field goal, kicked an extra point and played well defensively in a 22-6 triumph over the East.

“It was a really unique experience,” Osborne said. “It was obvious from day one that there was a huge talent difference from Single-A all the way up to Triple-A. Being from a Single-A school, you kind of had to find your niche.”

At one point during the week of practice leading up to the game, Osborne turned to Al Stecker – his coach at J.J. Kelly and an assistant on the West staff – and asked, “What I am doing out here with these guys?”

Barry Word of Halifax County was a running back, the same position he played in becoming 1985 Atlantic Coast Conference player of the year at the University of Virginia and over the course of seven NFL seasons.

Jamie Harris of George Washington in Danville was the West’s quarterback went on to play collegiately at Georgia and Wake Forest.

The West defense was led by McLean’s Eric Dorsey, who starred at Notre Dame and started at defensive end for the New York Giants in Super Bowl XXV.

Danny Burmeister from Oakton eventually played in the Arena Football League and for the 1987 Washington Redskins as a replacement player during the NFL’s labor dispute.

Yet, Osborne made his own mark and wasn’t overmatched or overwhelmed thanks to his cerebral approach and dogged determination. That’s how he rolled.

“He was very serious about things and would do whatever needed to be done,” Church said. “He was the ultimate teammate. The hardest worker and the most dedicated. We all looked up to him and he was one of those guys who was the first one on the field and the last one off the field at practice.”

There was also something else Osborne was known for.

“He would knock the stuffing out of you,” said Kelly teammate Lynn Sturgill.

Osborne had starred on both sides of the ball as J.J. Kelly went 11-2 and won the VHSL Group A state championship in 1981.

A catch he made to clinch a 19-14 state semifinal win over Parry McCluer that fall is one of the most clutch grabs in the long history of high school football in Southwest Virginia.

The Indians trailed 14-13 with time running out and faced 4th-and-16 from the 28 yard line of the Blues when Church uncorked a pass that Osborne corralled in the end zone for the game-winning touchdown with 2:21 remaining.

J.J. Kelly won the first (and only) state title in program history the following week with a 25-17 win over Fluvanna on a bitterly cold day at Lane Stadium in Blacksburg.

The weather was much warmer when Osborne stepped on the same field in Blacksburg on July 18 for the All-Star contest.

Osborne used his right leg to put through a 20-yard field goal on the first play of the second quarter.

“We didn’t have a kicker on the team and we just had open tryouts,” Osborne said. “I had never kicked a field goal in a game. I had kicked extra points, but in high school Tim Yates had a much stronger leg and did the field goals for us at Kelly.”

While he wasn’t physically imposing at 6-foot and 175 pounds, he did put in some work that day in doling out a couple of solid licks as the West defense dominated.

Park View-Sterling’s Allen Pinkett of the East – who later toted the pigskin at Notre Dame and for the NFL’s Houston Oilers – was limited to 24 rushing yards and 21 receiving yards.

Osborne had practiced as a defensive back most of the week and spent some time there in the game, but shifted to defensive end and did well there too.

“We did a little more today with a couple of people than we thought we would and Mike was one of them,” Glynn Carlock (Graham) of the West coaching staff told the Bristol Herald Courier’s Steve Bawden after the game. “As smart as he is, particularly on the pass, we felt he could cover the passes in the flat and the quick screens effectively. That’s what hurt us at first and Mike seemed to help take that away from them.”

The West clinched the win on Word’s 8-yard TD run with 1:40 remaining as Osborne tacked on extra point.

On the ensuing play from scrimmage, Christiansburg’s Mark Franklin picked off a pass by Princess Anne’s Jeff Ballance and returned it for a score. That prompted a scuffle as both benches emptied.

Hall, who made eight tackles, had been selected as the inaugural winner of the Bristol Herald Courier’s Gene “Pappy” Thompson Award a few months prior to the game.

Mike Osborne was among the five finalists.

“Three of the five finalists were there,” Osborne said. “Myself, Eddie Hall and Tracy Fletcher from Grundy was playing in the girls basketball game. We were eating dinner one night at the dining hall, giving Eddie a hard time about winning the award. We kept badgering each other back and forth about who should have won. While we may have given him a hard time, we knew hands down Eddie was deserving of the award. It was a lot of fun getting to know new people even if it was just for a short time.”

The All-Star who almost wasn’t made the most of his opportunity on a stacked squad.

“I just had a really good time with it,” Osborne said. “When it’s happening you really don’t realize what is going on until years later when you reflect back on it and say ‘Man’ and see what all those players in the game went on to do. It was like ‘Wow, I tackled Allen Pinkett one time.’ Back then it wasn’t as big of a deal. It was just a game and he was just another player.”

From Council first baseman Alli Austin to Tennessee High slugger Lakelyn Ziegler, here are the seniors from local softball programs as provided by coaches and administrators at those 33 schools:

WOODSON COLUMN: Critics of the SEC will finally get their wish

The time has arrived, if the coronavirus allows it to happen.