World Series: Follow updates and scores as the Astros face the Braves

PREP FOOTBALL: Stevie Thomas put on a show as Virginia High puts 66 points on the board in pounding of Patrick Henry
0 comments
Share this
{{featured_button_text}}
1 of 9 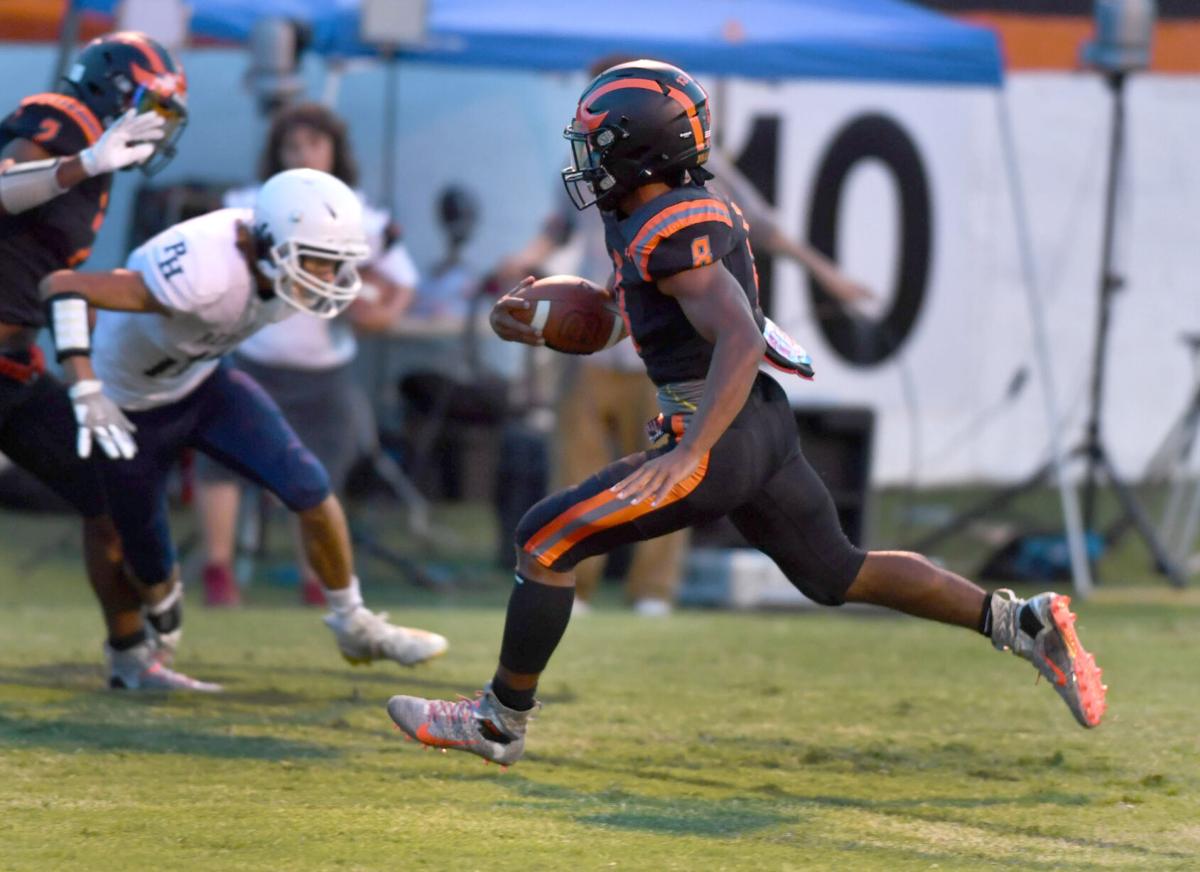 Virginia High's Stevie Thomas crosses the goal line for his first of six touchdowns in the first half against Patrick Henry. 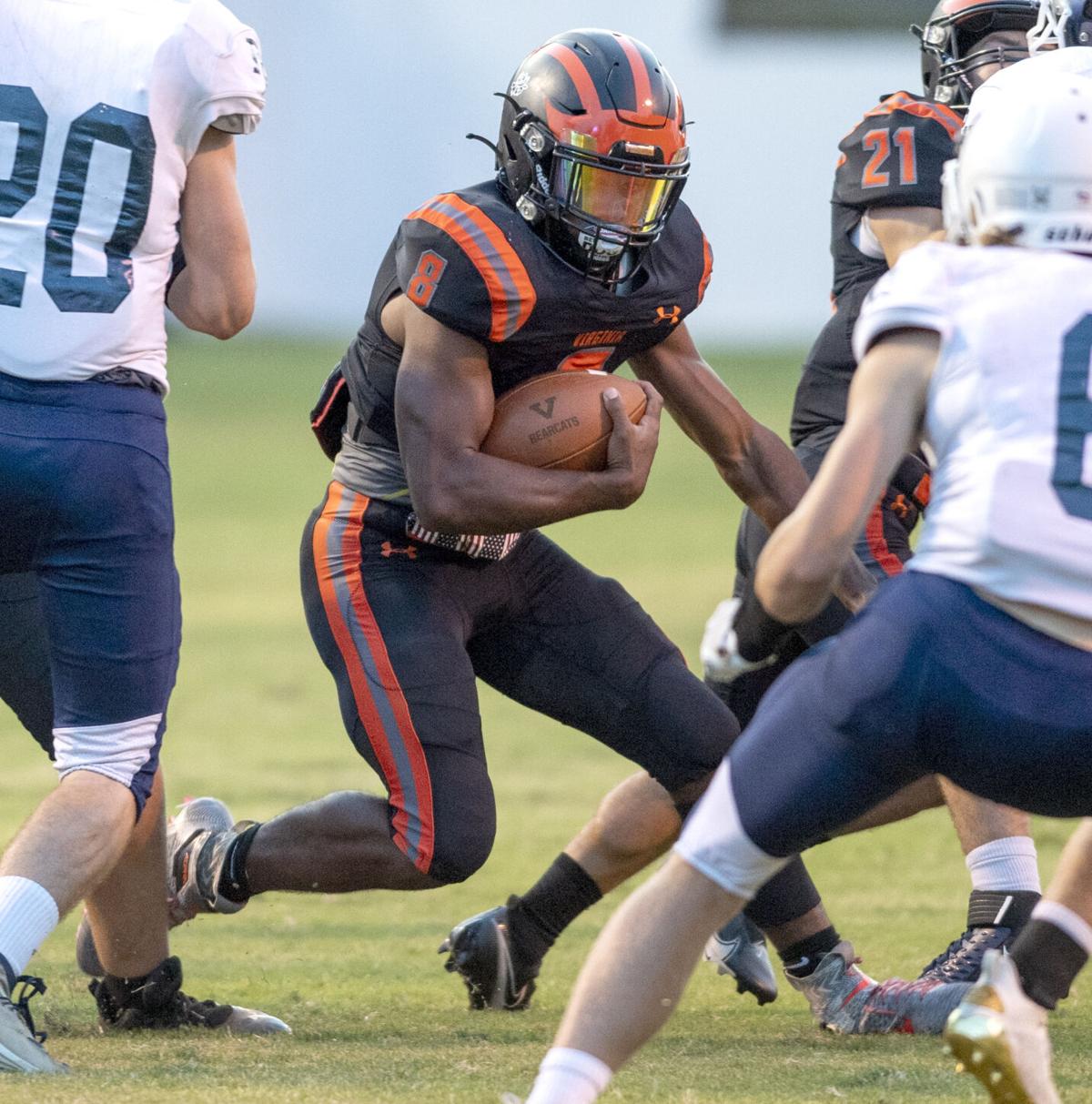 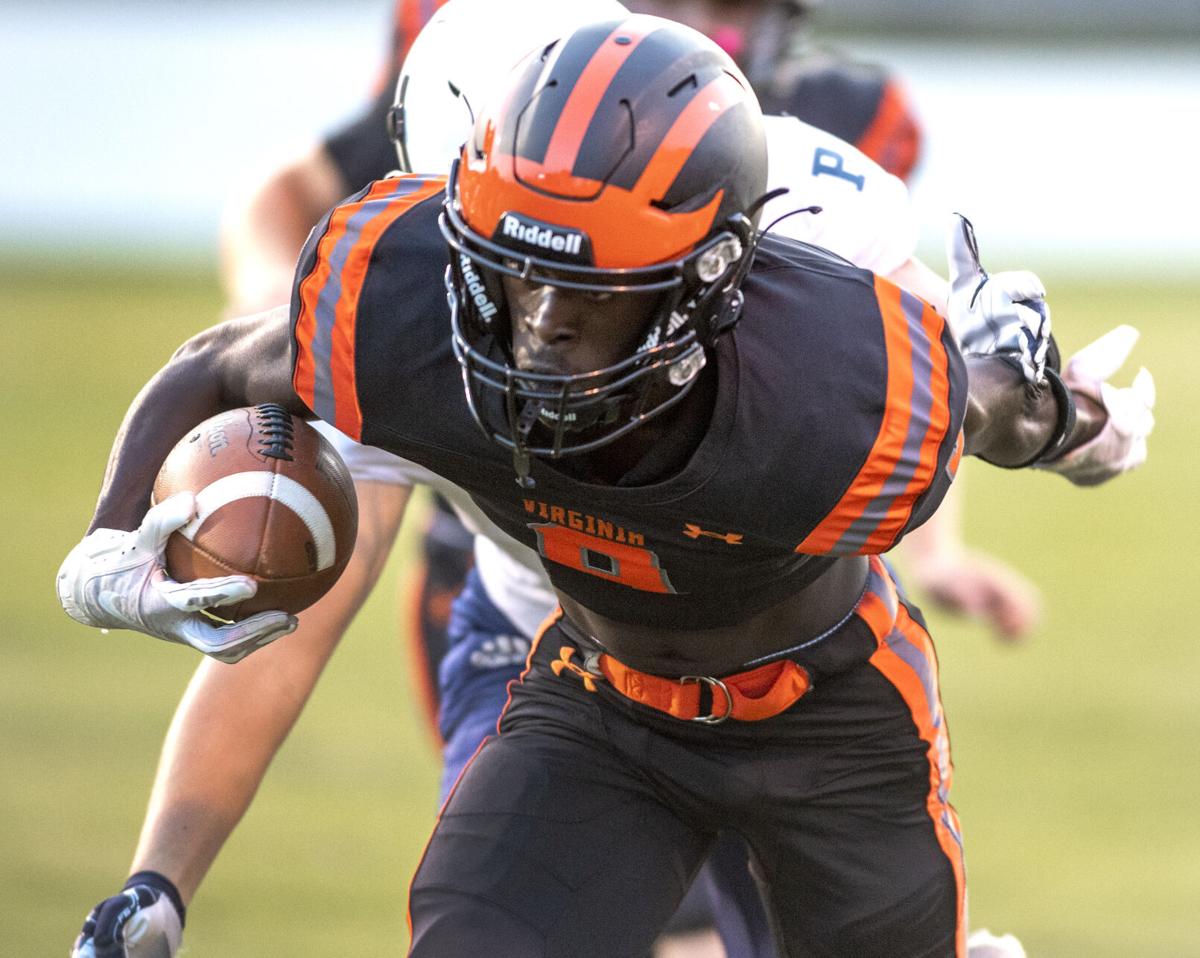 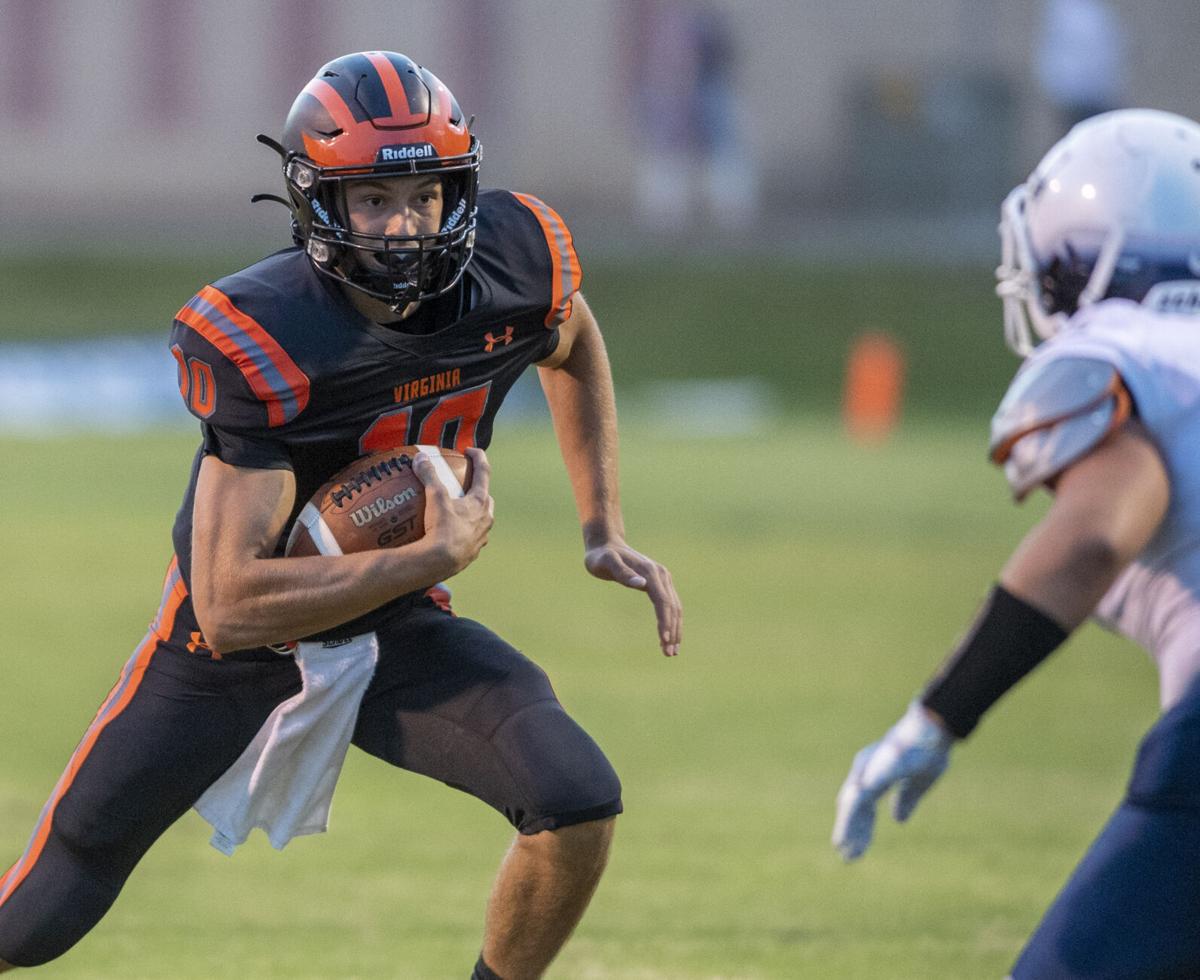 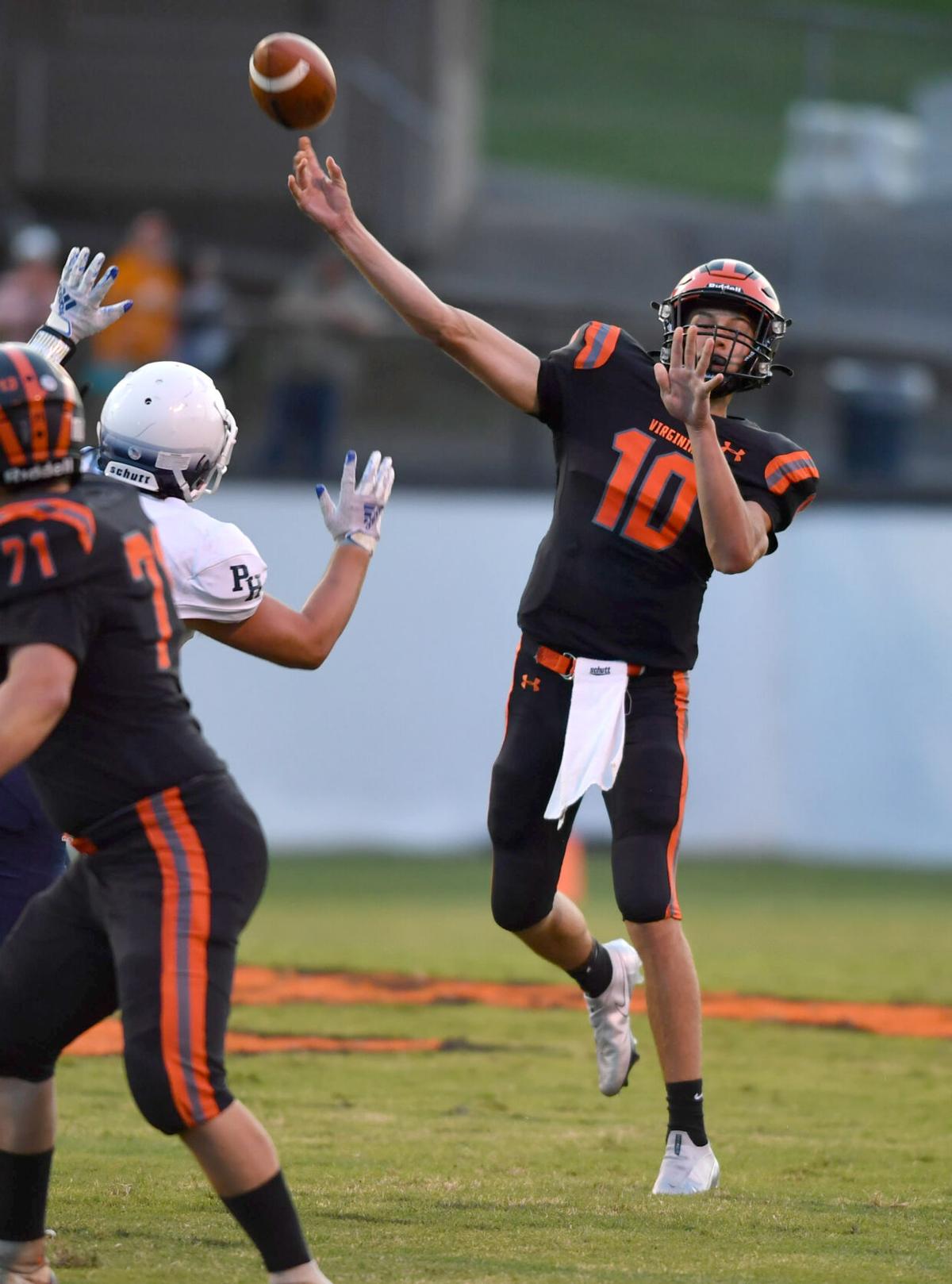 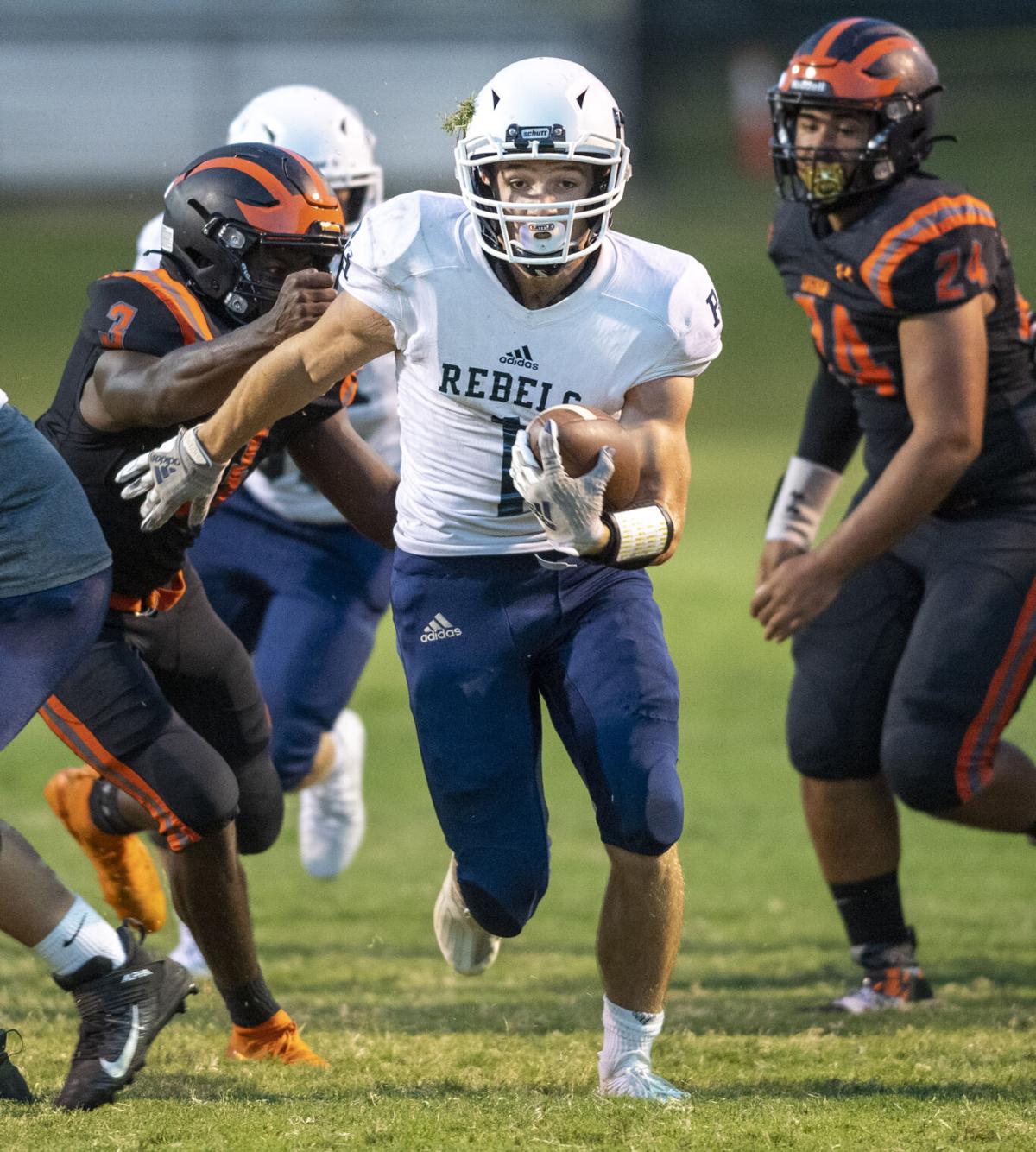 Patrick Henry's Connor Beeson breaks into the open against the VHS defense. 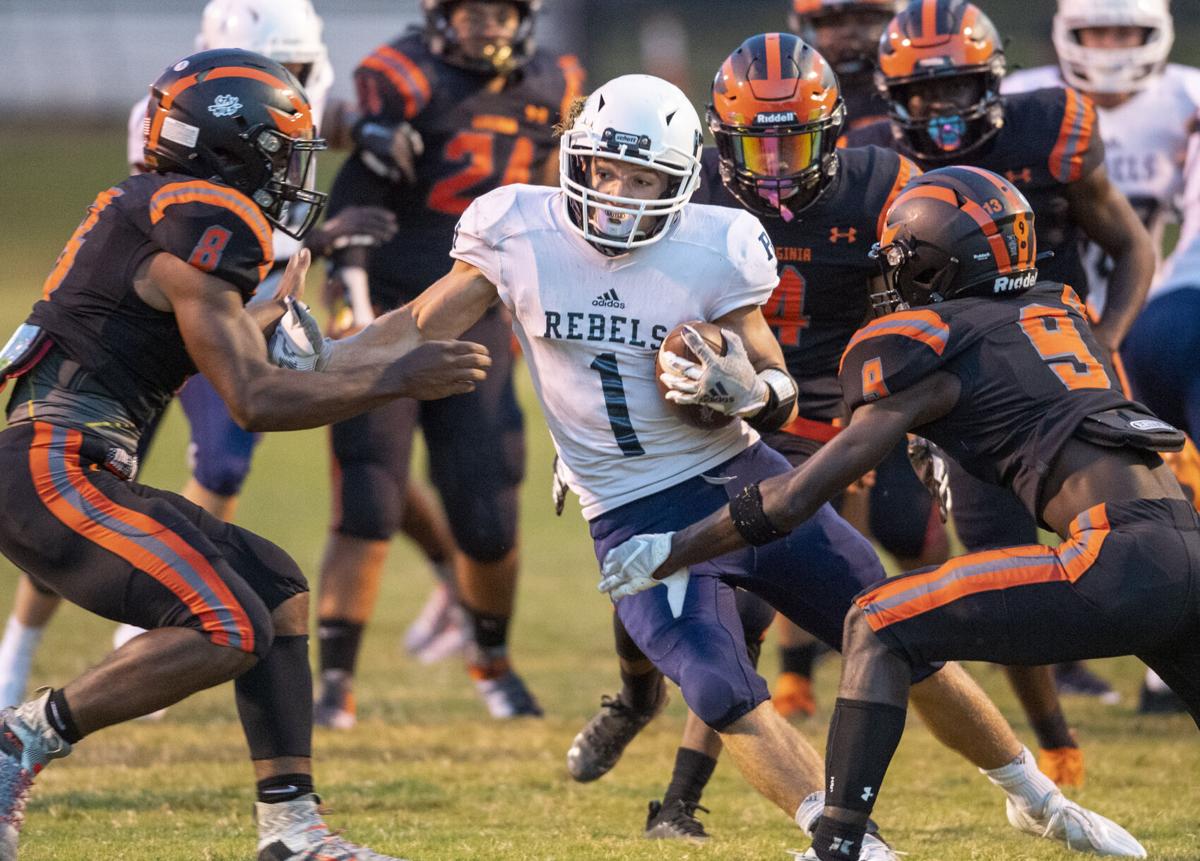 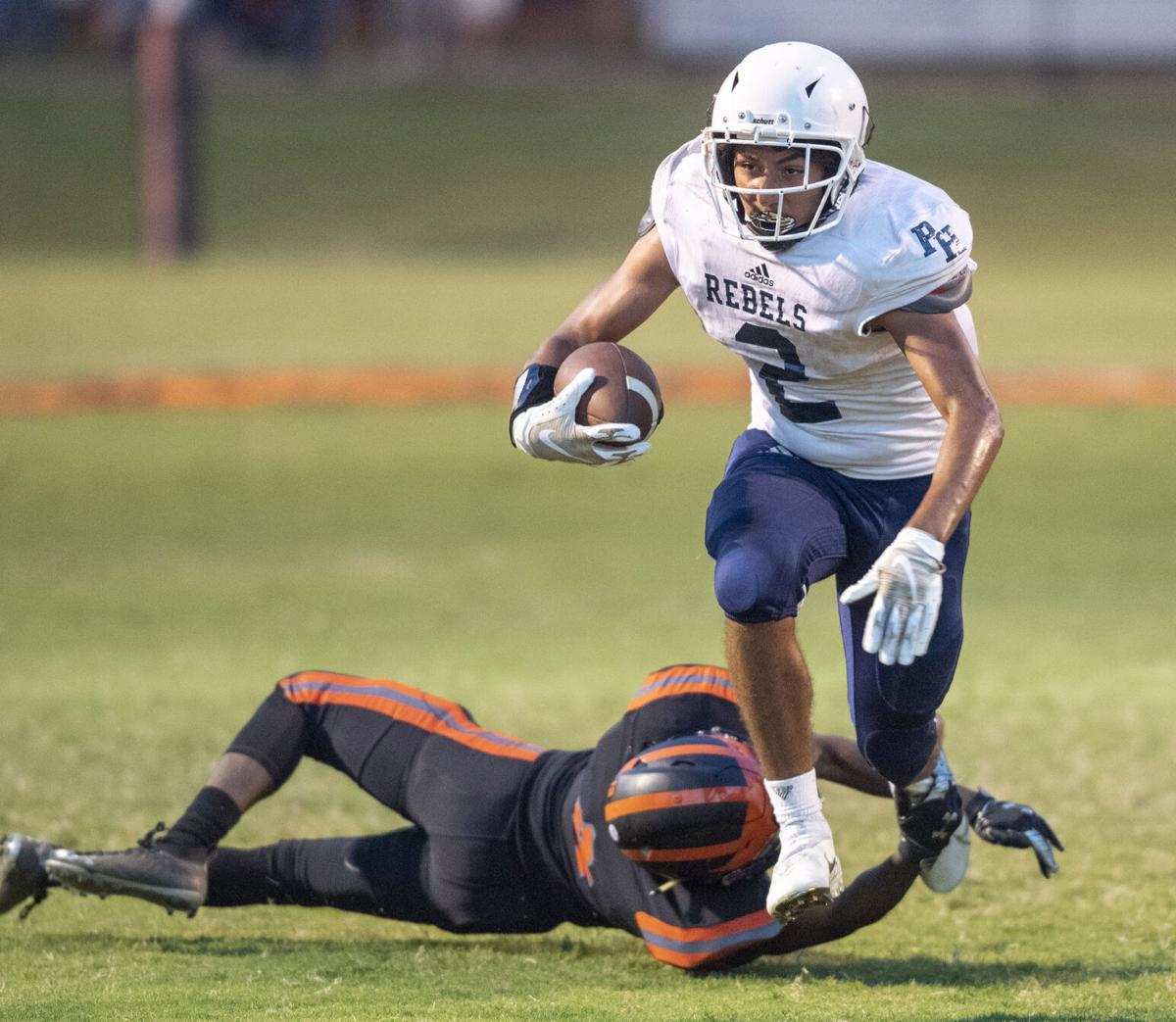 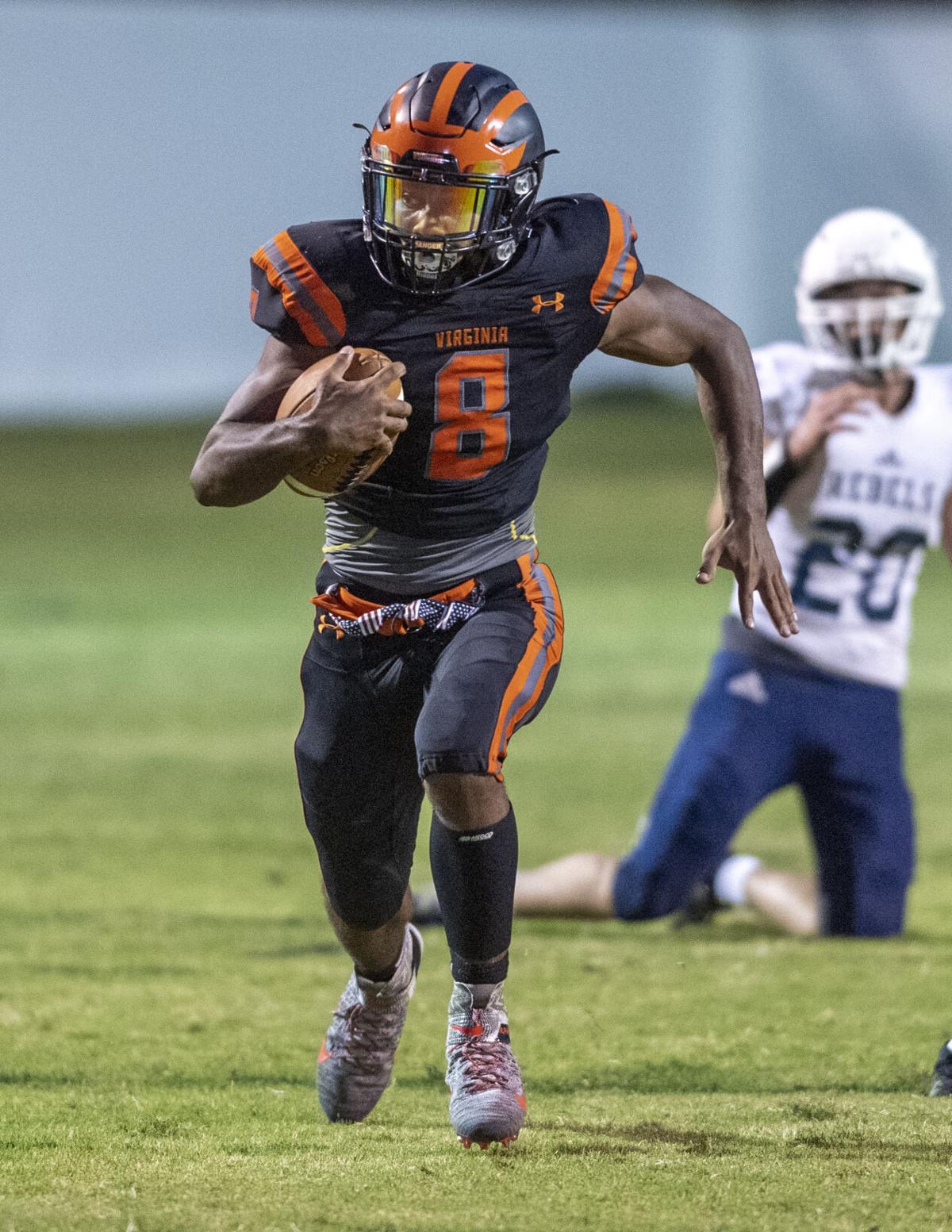 Virginia High's Stevie Thomas breaks free and scores one of his six first half touchdowns against Patrick Henry.

Not a bad night on the football field. That was in one half.

Virginia High senior Stevie Thomas resembled a human joystick on a video game, using his shiftiness and breaking tackles to score first half six touchdowns to lead the Bearcats to a 3-0 start to the season with a 66-40 non-district win over Patrick Henry at Gene Malcolm Stadium on Friday night.

The new video scoreboard dedicated during the game got quite a workout in this one.

Thomas finished with 183 of his 240 yards in the opening half, and also caught two passes for 30 yards and two more scores before the break to lead the Bearcats to a 46-15 lead at halftime.

“That is efficiency. What he can do, he is a spectacular player, it is nice to have him on your side,” said Mike Locke, who served as interim head coach with Derrick Patterson out due to COVID-19 protocols. “I have been coaching where I didn’t have that player and I was playing against them so it is nice to have him with us. He is a great teammate.”

Patrick Henry (1-1) certainly didn’t quit, outscoring the Bearcats 25-20 after the break, led by senior Connor Beeson, who ran for 312 yards and three touchdowns of his own.

Thomas was electric from the start, scoring on touchdown runs of 6, 55, 44 and 30 in the opening half and also snagged two of Brody Jones’ six scoring passes from 18 and 12 yards in the opening two periods.

Jones threw for 276 yards on just 13 completions, and six of those were for scores. He connected with Conner Davidson from 29 yards out to put the Bearcats ahead by 31 points at the break. He also threw three second half touchdowns to Ajanni Delaney from 57, 15 and 36 yards. Delaney finished the game with six receptions for 138 yards.

“Hand the ball and let them catch and run,” said Locke, whose Bearcats had 647 yards on offense. “A great job offensively tonight. I thought we were very efficient and I don’t think we had a single turnover.”

Patrick Henry fell behind 7-0 on a Thomas 8-yard run to start the game, but came right back, driving to the 1-yard line. They never got any closer, with the Bearcats pulling off the goal-line stand, with Thomas having a pair of key tackles on that possession. Virginia High took a 21-0 lead on the two passes to Thomas before Ben Belcher got the Rebels on the board with a 53-yard run. J’Kwon McFail added a 4-yard touchdown run in the opening half for the Rebels.

“Our best defensive series was that goal line stand and the rest of the night they hurt themselves, not us,” Locke said.

Beeson scored on runs of 57, 8 and 62 yards in the second half. Connor Kausch added a 14-yard run to complete the scoring with 2:33 left to play. The Rebels had the only two turnovers in the game, with fumbles picked up by Virginia High’s Dashaun Taylor and Taj Streeter.

Locke saw plenty of room for improvement, as he told the team after the game.

“If you walk off this field as a coach thinking we are happy with the way it went, we have got a lot of things to clean up,” Locke said. “I think they are correctable things, but we have got some work.”

Virginia High, which had outscored its opponents 100-14 in the opening two weeks, will leave Bristol for the first time this season next Friday, traveling to face Wise County Central.

“We have got to go on the road,” Locke said. “We grew tonight, we played four quarters and had to battle so hopefully that will help us get ready for next week.”

The last time these teams had met on Virginia High’s home field was Sept. 7, 2001, just four days before the horrific terrorist attacks. The Bearcats honored the victims of 9/11 with a moment of silence, the playing of Lee Greenwood’s “Proud to be an American” and they left 15 seats empty in the end zone to honor the 13 lost in Afghanistan, other service members and first responders who died in military service.

HISTORY WITH HAYES: Dean Rhea had a run of success as coach at Rural Retreat

Rural Retreat High School’s moribund football program had never won a Hogoheegee District championship and had nary a postseason appearance to its name when new head coach Dean Rhea arrived on the scene in 1986.

Four high school football games will be played tonight in the area, one in Tennessee and three in Virginia. Check out the Bristol Herald Courier's predictions for those games.

In a game Wise County Central played at home, the Warriors were frequent visitors to the end zone.

Football and volleyball results from Thursday.

Check out the predictions from the Bristol Herald Courier for 8 Friday night games and two being played on Saturday.

Cole Lambert completed 19 of 25 passes for 371 yards to guide the Abingdon Falcons to a 42-12 win over the Ridgeview Wolfpack in a Mountain 7 District game.

Give Ian Scammell an opening and the Grundy senior will take care of the rest.

Virginia High's Stevie Thomas crosses the goal line for his first of six touchdowns in the first half against Patrick Henry.

Patrick Henry's Connor Beeson breaks into the open against the VHS defense.

Virginia High's Stevie Thomas breaks free and scores one of his six first half touchdowns against Patrick Henry.