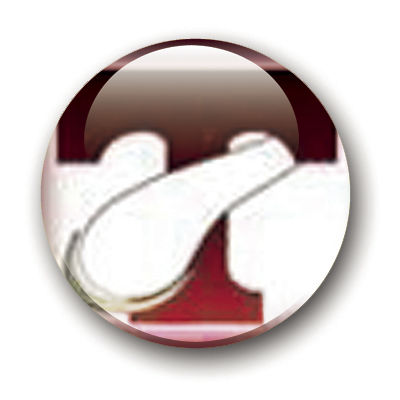 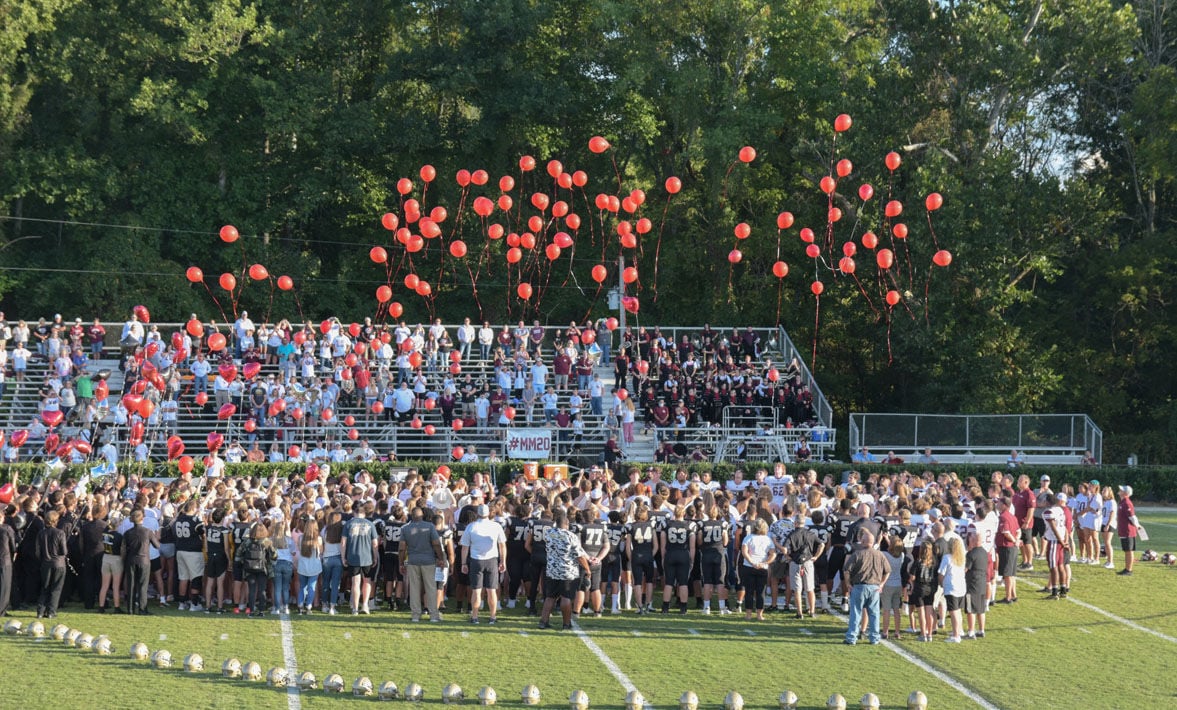 JONESBOROUGH, Tenn. – Playing a football game five days after the drowning death of teammate Micah Montgomery proved to be a heavy burden for Tennessee High on Friday at David Crockett.

Brenden Reid rushed for 118 yards and four touchdowns and returned an interception 62 yards for a TD as the Pioneers pulled away from the Vikings for a 40-14 victory.

Crockett, which improved to 2-0 in Region 1-5A and 3-2 overall, paid respect to the Montgomery family as well as Crockett and Daniel Boone play-by-play man Tim Cable, who also died Sunday after a lengthy battle with COVID-19. The numerals on the 20-yard line were painted maroon for Montgomery and a “TC” was painted at midfield for Cable.

“We wanted to honor the Montgomery and Cable families before the game,” Crockett coach Hayden Chandley said. “But at 7 o’clock it’s business. And I felt like our kids did a good job of doing that. …

“We knew they (the Vikings) were gonna play really inspired football, as they should. Really, hats off to their kids for even coming out and playing. I thought they played extremely hard.”

Reid scored three TDs in the opening 14 1/2 minutes, the last of which was the long interception return. It gave the Pioneers a 20-0 lead with 9:31 left in the first half.

The Vikings answered. Micah Kennedy scored from three yards out with 8:05 left in the second quarter and Nysaiah Foote caught a 21-yard TD pass from Steven Johnson and Matheus Cardoso’s PATs had the Vikes within 20-14 with 1:26 left before halftime.

And it looked like Tennessee High would actually take the lead at intermission when Montgomery’s brother Levon made an exceptional 95-yard interception return for a would-be touchdown on what would’ve been the final play of the first half. But a holding call negated the brilliant sideline-to-sideline return from the grieving brother who was wearing Micah’s No. 20 jersey.

“Sometimes life isn’t fair and it’s not storybook,” Tennessee High coach Matt Chandler said. “I know I was so – I thought what magic that would be if went into half with that return by Levon. But things don’t work out sometimes. He’s emotionally drained and he came out here and battled. …

“I’m so proud of my kids. This has been the worst week you can imagine for our team. We didn’t know how we were gonna come out tonight. And much respect to them – Crockett. They played great. They just played great. But our kids battled. They got to have fun playing football for a little while and it was a break from how hard this week’s been.”

Quarterback Jake Fox scored from eight yards out with 10:45 left in the game and Reid concluded the scoring with a 47-yard TD with 3:19 to go.

Johnson and Montgomery rushed for 81 and 62 yards, respectively. Johnson also passed for 174 yards. He was 14 of 28 with two interceptions. Foote had four catches for 53 yards.

The teams combined for 35 penalties. Three others were declined and a flag was picked up for intentional grounding in the end zone by Tennessee High when it appeared it shouldn’t have been.

Chandler attributed the sloppiness to the emotional setting.

“Hats off to Crockett. They played a great game. I just told our guys, ‘Let’s just try to come back next week and maybe have a little more normalcy and get ready for the next one.’”

HISTORY WITH HAYES: Dean Rhea had a run of success as coach at Rural Retreat

Rural Retreat High School’s moribund football program had never won a Hogoheegee District championship and had nary a postseason appearance to its name when new head coach Dean Rhea arrived on the scene in 1986.

Four high school football games will be played tonight in the area, one in Tennessee and three in Virginia. Check out the Bristol Herald Courier's predictions for those games.

In a game Wise County Central played at home, the Warriors were frequent visitors to the end zone.

Football and volleyball results from Thursday.

Check out the predictions from the Bristol Herald Courier for 8 Friday night games and two being played on Saturday.

Cole Lambert completed 19 of 25 passes for 371 yards to guide the Abingdon Falcons to a 42-12 win over the Ridgeview Wolfpack in a Mountain 7 District game.

Give Ian Scammell an opening and the Grundy senior will take care of the rest.

The task is right there in front of the Twin Springs Titans and the objective is clear: Beat Cas-tlewood tonight and Thomas Walker on Friday and the Cumberland District title is theirs.