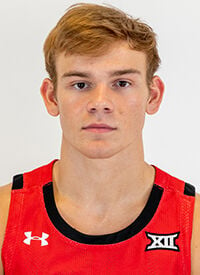 LOS ANGELES – Mac McClung scored three points on Sunday night for the Los Angeles Lakers in their 123-94 NBA preseason loss to the Phoenix Suns at the Staples Center.

McClung played the final 4:02 of the game televised by ESPN and was discussed during that time by announcers Mark Jackson and Mark Jones.

The former Gate City High School star drained a 3-pointer with 3:45 remaining. The 6-foot-2 rookie guard went 1-for-3 from the field, corralled a rebound and did not commit a turnover.

McClung had not played in the two previous exhibition contests for the Lakers after scoring one point and dishing out two assists in the preseason opener against Brooklyn on Oct. 3.

The Lakers play Golden State on Tuesday night in a contest broadcast by TNT.

NFL Week 6 Market: Will weather be a factor?

Abingdon and Lee High were the football winners on Tuesday.

The Abingdon Falcons are favored to retain their status as a state power, while Castlewood hopes to complete its climb to the top.