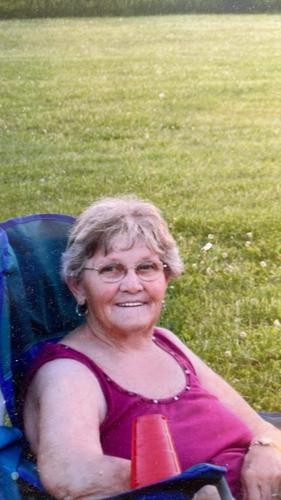 Peggy Gregory, the mother of Bristol Herald Courier sports reporter Allen Gregory, died as the result of a fire that engulfed their home in August. Allen continues to fight through the aftermath of the tragedy on a daily basis. 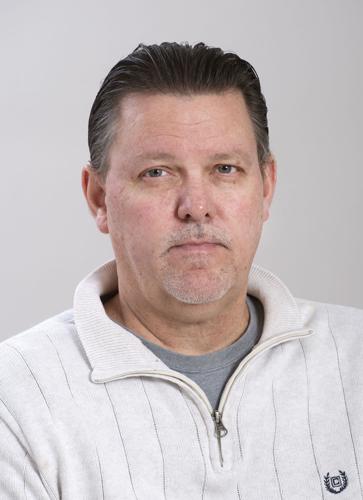 It was the darkest day of my life.

Several weeks ago, I was returning from a NASCAR media session in Winston-Salem, North Carolina, when I received a text that made my heart sink.

My house was on fire.

Not only was my house engulfed in flames but my mother was being transported to Johnson City Medical Center via helicopter.

She was in bad shape. Very bad.

The images I saw when I arrived on the scene were straight out of a horror movie and will forever haunt me.

Still in a daze, I rushed to the JCMC emergency room and made it in time to see my mother. She smiled, squeezed my hand and tried to speak.

She never spoke another word.

For nearly two weeks, mom was hooked up to a ventilator and various other machines. I never lost hope but eventually her organs failed and I had to make the decision to let her rest in eternal peace.

For endless days, I struggled with guilt and questioned why a person that was so caring and kind to everyone she met could meet such a cruel fate. Even my beloved dog died in the fire, as he stuck by mom’s side until the very end.

The historic home that my father reconstructed by himself was declared a total loss.

Every award, keepsake, letter and book from my nearly four decade career in journalism is gone.

That means little to me now, but what really hurt was being unable to retrieve any family possessions, albums or photos of my mother, late father and late brother.

It was like my entire family vanished overnight. You better believe that is a deep pain.

I barely remember the first few weeks back at work. Due to dramatic weight loss and other medical issues, I nearly passed out while covering a cross country meet at Sugar Hollow Park.

My daily financial struggles continue as do my horrific 5:30 a.m. nightmares.

I’ve always been a quiet person who prefers to stay in the background while sharing the stories of the underdogs, workers and hidden heroes across far Southwest Virginia and Northeast Tennessee.

The outpouring of support from coaches, athletes, readers and strangers has been extremely humbling. I will never be able to thank everyone, but I will never forget the acts of kindness and generosity.

Sadly, I’ve also witnessed the other side of humans during this process with scams and various other acts of greed. All that has added to my daily ordeal, but there are good people in this world.

It’s hard to get excited about covering sports some nights, but there are many worthy individuals in this region who deserve to have their stories told.

And naturally, it’s difficult to deal with the holidays with every person in my immediate family gone. But I’m not the only person who has experienced a house fire or tragedy of any sort. You definitely have my sympathy.

I wish that I could be stronger, but I remain in a mental fog at times and I apologize to anyone if I have seemed distant.

There is one piece of advice from mom’s final night that has helped me face each day.

James Horne, the brilliant manager of Telford, Tennessee-based Technical Beverage Services and an all-around amazing friend, shared a conversation he had with my mother shortly before her death.

James told me how proud my mother was of my career and how I needed to honor her legacy by moving through the darkness.

My life will never be the same, but I haven’t given up. I’ve also made it a goal to help others who are facing trauma, loneliness, and even misery.

For now, the darkness lingers but there are rays of light. And for that, I thank you all.

Secret's out on Grundy's Lester

Grundy High School’s secret weapon is no longer much of a secret.

When practice commenced at 8 a.m. last Thursday, some members of Grundy High School’s football team tried their best to stifle a yawn, others …

“Our first game against George Wythe was a good game,” said Grundy junior Ethan Roberts. “It was our homecoming and we were all pumped and executed everything hard."

Graham leans on Dolin in trenches

Evan Ramsey scored 33 points as Abingdon High School trumped Tazewell, 78-66, and made Chris Hutton a winner in his debut as the head boys basketball coach of the Falcons on Tuesday night.

John Battle advanced to the 2022 Coach Ballard Lee Bearcat Tip-Off Classic title game by defeating Marion on Friday and will face George Wythe in the last of eight games tonight. Honaker and Ridgeview will meet today in the girls championship game at 4.

Honaker is expected to rule again the Black Diamond District and could be a serious threat to win a fourth straight Class 1 state championship.

In emerging as one of the best football players in Southwest Virginia this season, George Wythe High School senior Colton Green has demonstrat…

RAW: WORLD CUP: AMERICAN FANS IN QATAR REACT TO THE NETHERLANDS VICTORY OVER US

Behind the Scenes - At the World Cup media hub

Behind the Scenes - At the World Cup media hub

Tunisia our inspiration says USA captain ahead of Netherlands match

Tunisia our inspiration says USA captain ahead of Netherlands match

Peggy Gregory, the mother of Bristol Herald Courier sports reporter Allen Gregory, died as the result of a fire that engulfed their home in August. Allen continues to fight through the aftermath of the tragedy on a daily basis.