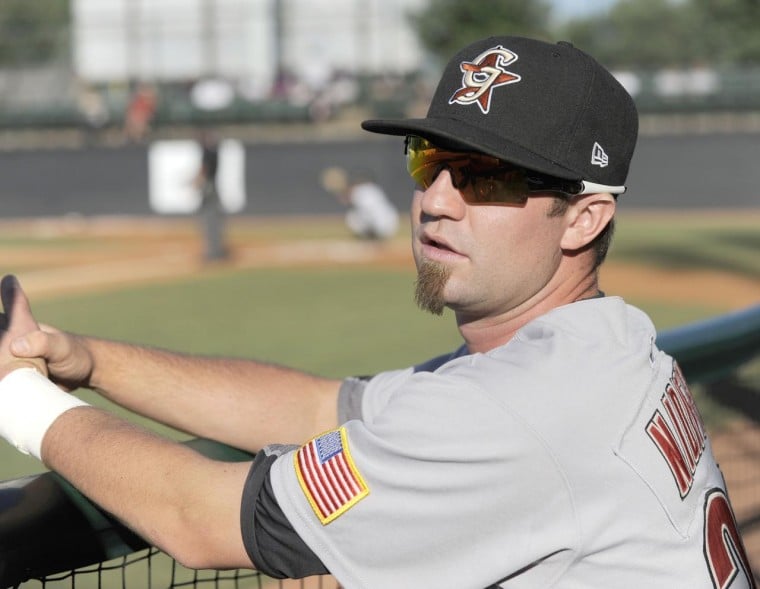 Marcus Nidiffer of the Greeneville Astros 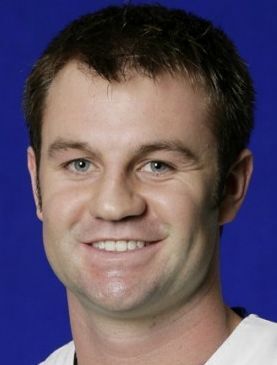 Marcus Nidiffer is a former Tennessee Viking and also played at the University of Kentucky before entering professional baseball.

For the first time in three years, Marcus Nidiffer played in a professional baseball game.

The former Tennessee High and University of Kentucky star made his return on Saturday night, grounding out in his only plate appearance for the High Point Rockers of the independent Atlantic League in their 12-9 loss to the Lexington Legends.

The 34-year-old Nidiffer last played for the Rockland Boulders of the now-defunct Can-Am League in 2018, his fifth and final season with the club in New York.

He also suited up in the Houston Astros and Los Angeles Angels minor league systems and had a stint with the Traverse City Beach Bums of the independent Frontier League.

Jamie Keefe was Nidiffer’s manager in each of his five seasons in Rockland and now holds the same job for the Rockers. He reached out to his former catcher after a bevy of transactions and injuries left the roster in flux.

“He called me and said they needed a guy for the weekend,” Nidiffer said. “So I just drove up for these three games.”

In a neat moment those games were played in Lexington, Kentucky, the same city in which Nidiffer attended college.

Pinch-hitting for pitcher Joey Hennessey in the seventh inning and facing former big leaguer Robert Carson on Saturday, Nidiffer hit a 2-1 grounder to third baseman D.J. Peterson who threw over to Keon Barnum – who once played for the Bristol White Sox – for the out.

“I was a little nervous,” Nidiffer said. “But it felt good to be back."

Nidiffer started as High Point's designated hitter on Sunday and went 1-for-2 with a walk.

Pittsburgh Pirates general manager Ben Cherington said in a radio interview on Sunday that first baseman Will Craig is exploring opportunities to play in Asia.

A first-round pick of the Pirates in 2016 and a former standout at Science Hill High School and Wake Forest University, Craig made his MLB debut last summer.

He’s hit .203 with one home run and three RBIs in 20 career big-league games with Pittsburgh, while batting .261 with 59 homers during his time in the minor leagues.

Craig has compiled a .287 batting average with eight homers and 23 RBIs this season for Triple-A Indianapolis.

The Korea Baseball Organization or Japan’s Nippon Professional Baseball League could be options for Craig.

Gabe Wurtz earned a spot in Sunday’s Pecos League All-Star Game in Santa Fe, New Mexico, and that came as no surprise.

The former star at the University of Virginia’s College at Wise is hitting .407 with 15 home runs and 59 RBIs for the Tucson Saguaros of the independent league.

> Ed Whitson (Unicoi County) pitched a four-hit shutout for the New York Yankees in their 6-0 triumph over the Texas Rangers on July 12, 1985 at Yankee Stadium.

> Houston’s Billy Wagner (Tazewell) struck out all four Pittsburgh batters he faced – Tony Womack, Jermaine Allensworth, Al Martin and Kevin Young – in a game against the Pirates on July 12, 1997.

Could Arkansas keep their impressive start going against Texas A&M (-4.5)?

The White Sox are AL Central Champs, but can they make a run?

The White Sox are AL Central Champs, but can they make a run?

Will Lamar Jackson be ready for Detroit (+7.5)

Will Lamar Jackson be ready for Detroit (+7.5)

Check out the brief capsules and predictions for tonight's 16 high school football games in the region, in addition to two more being played on Saturday.

“It is sweet to finally get a win over Honaker and get that monkey off our back,” Eastside coach Mike Rhodes said. “I thought my kids executed in every facet of the game really well. Offensively and defensively, we played hard and played our assignment football.”

PREP FOOTBALL: Ridgeview rolls past Grundy in moving to 3-0

WATCH NOW: PREP FOOTBALL: Making his own path; Tester doing it his way while following in his famous father’s footsteps

Wise County Central senior Tyson Tester has followed in the footsteps of his father, Greg Tester, and has done just fine.

PREP FOOTBALL: Emotions will run high as Tennessee High returns to gridiron after death of student

Both Tennessee High and David Crockett are mourning the losses of beloved individuals who died last Sunday. They will meet tonight for a football game in Jonesborough with hopes to giving both communities reason to smile.

Mickey Rogers, the star running back on Gate City’s 1974 VHSL Group AA state championship football team, died on Wednesday at the age of 64.

PREP FOOTBALL: Riverheads will bring its 40-game win streak to Far SWVA on Saturday when Gladiators play at Tazewell

“It’s probably the football equivalent of [pro wrestling legend] Andre the Giant showing up to your town," said Tazewell coach J'me Harris. "Everybody will want to see it with their own eyes.”

Marcus Nidiffer of the Greeneville Astros

Marcus Nidiffer is a former Tennessee Viking and also played at the University of Kentucky before entering professional baseball.