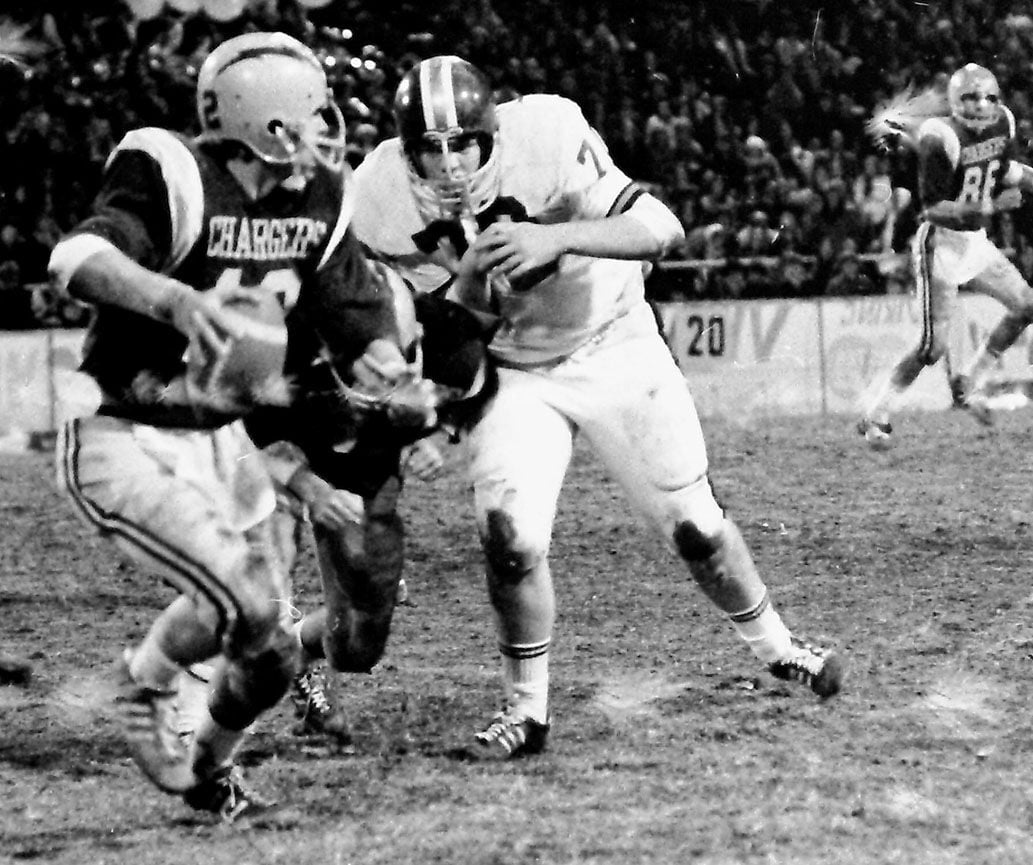 Covington quarterback Tucker Ashford was only 3-for-16 passing against Tennessee High at the Stone Castle in the Class AAA state football finals on Nov. 26, 1971. 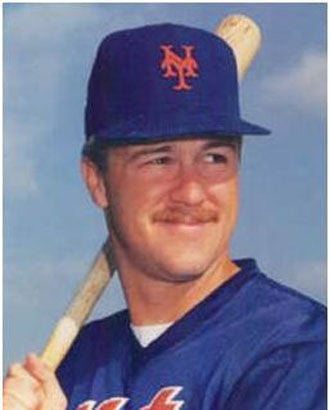 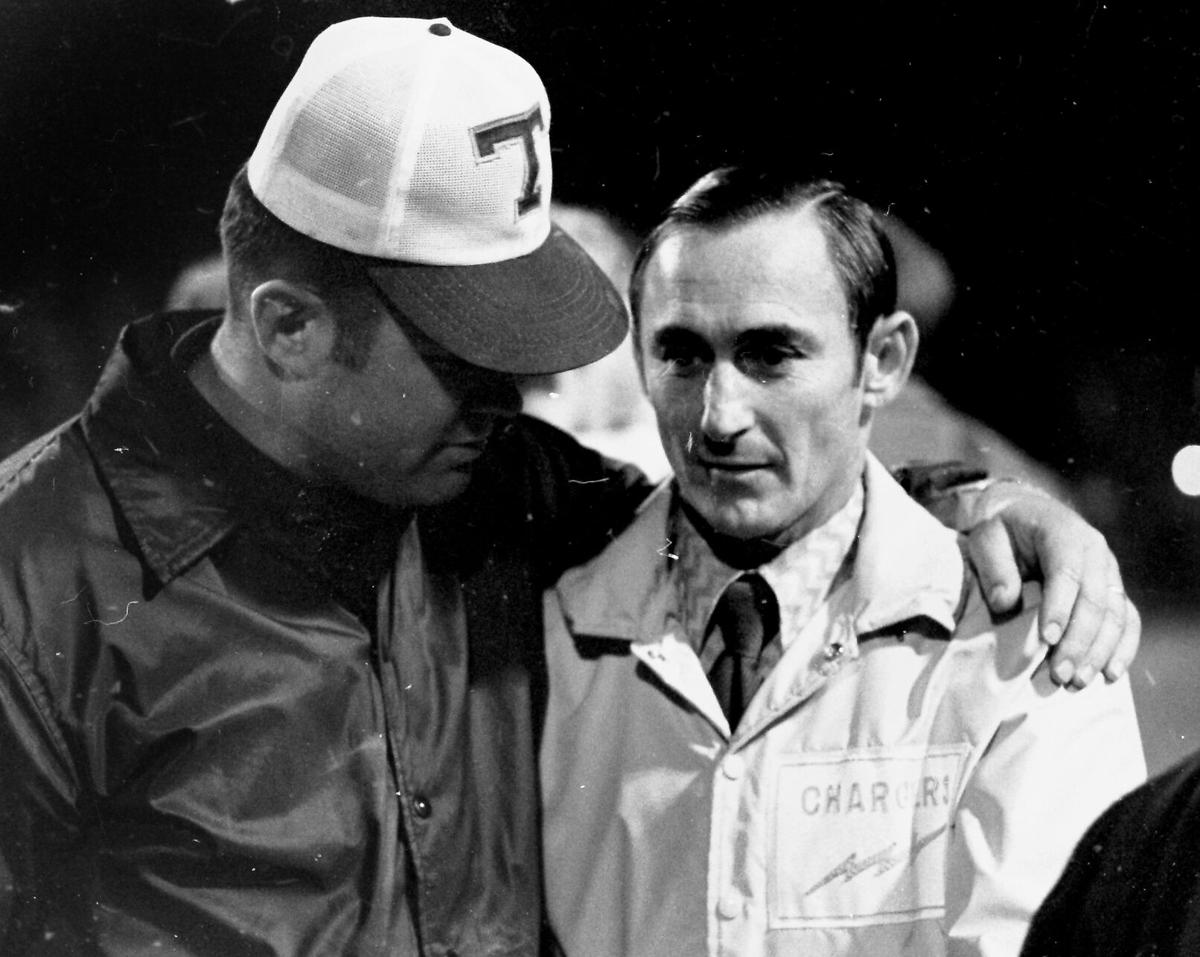 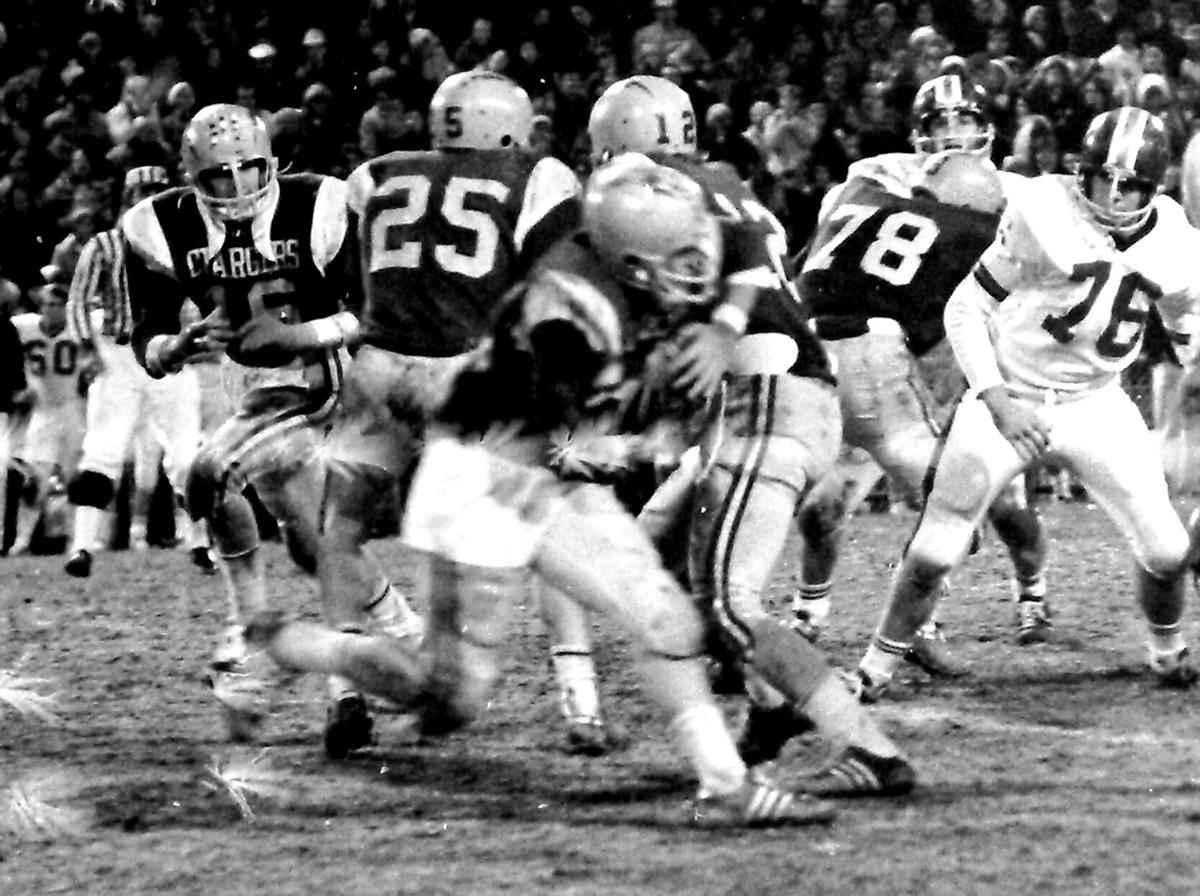 The Covington Chargers offense couldn't get much going against Tennessee High in 1971. 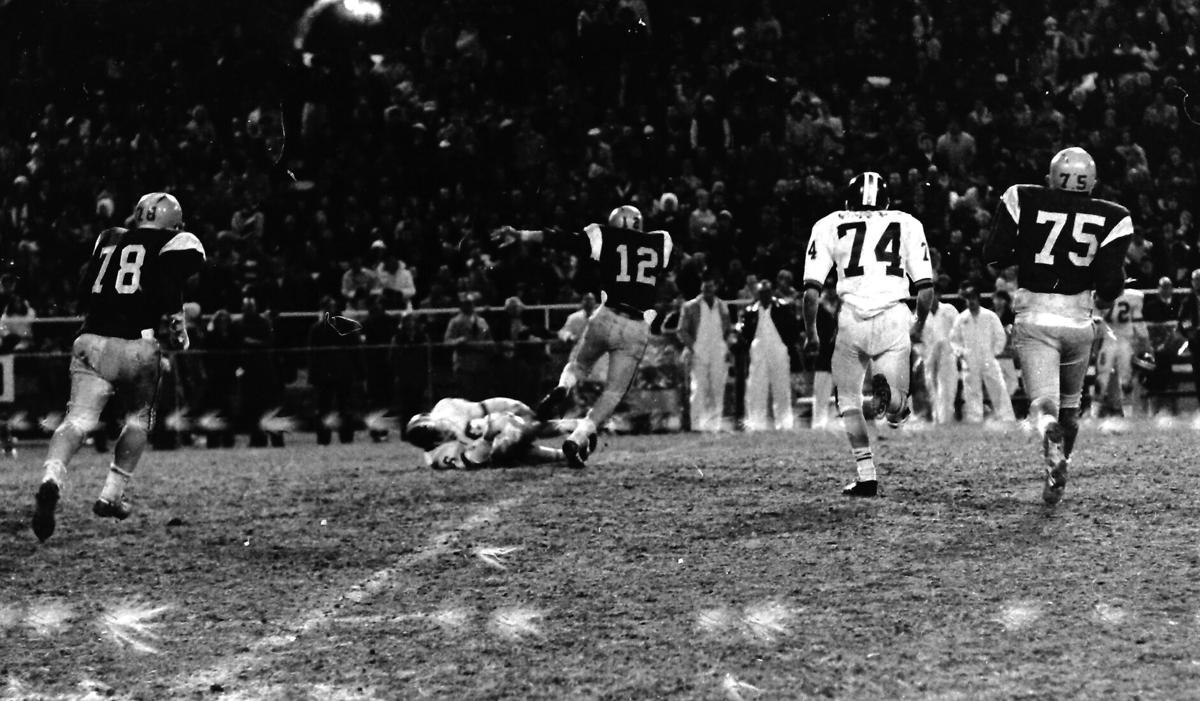 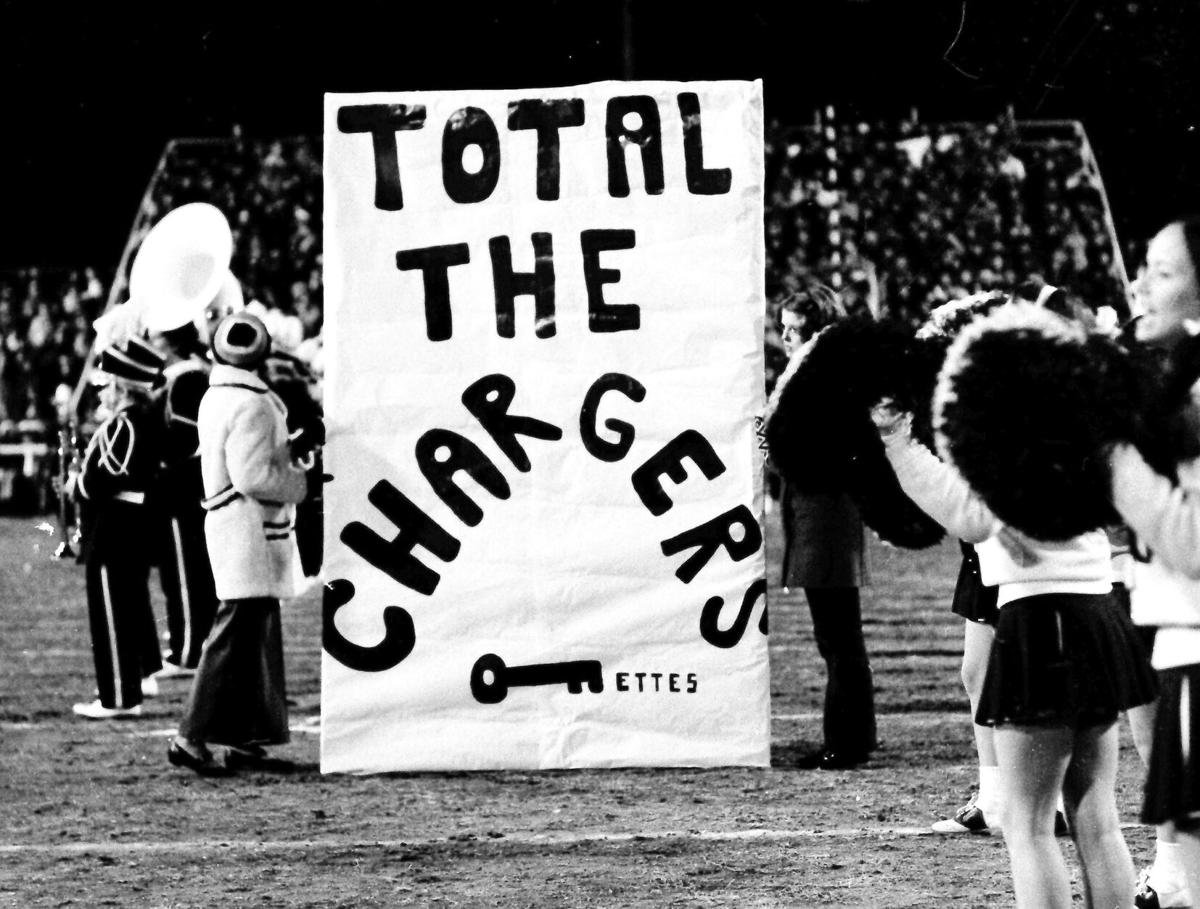 Tennessee High did exactly what this sign suggested in the 1971 state finals.

However, there was a time when he was a 16-year-old senior quarterback for the Covington Chargers and spent the evening of Nov. 26, 1971, getting hit, hammered and hurled to the ground by the Tennessee High Vikings in the TSSAA Class AAA state football finals at the Stone Castle in Bristol.

In an athletic career that saw the wunderkind from West Tennessee play both football and baseball at the University of Mississippi, become a big-league ballplayer and manage in the minors, that 40-degree Friday evening inside the iconic stadium located at the corner of Weaver Pike and Edgemont Avenue turned out to just not be his night as he became tuckered out.

“After the horn blew to end the third quarter, the score was 38-0 and I started walking off the field,” Ashford said. “The game’s going to be over. My teammates said, ‘No, we’ve got another quarter to play.’ I just kind of thought, ‘No, it can’t be.’ Seriously, I was gone after three quarters.”

Ashford went just 3-for-16 through the air for a measly 28 yards and was intercepted three times in what turned out to be a 52-0 triumph for THS. The Chargers finished with only 162 yards of total offense as the home team dominated in front of an estimated crowd of 11,000.

Only one other TSSAA state title game in the modern era – Bishop Byrne’s 68-14 beatdown of Southern Baptist Educational Center in the 2002 Division II-A finals – has had a more lopsided margin of victory according to the online record book of the Volunteer State’s governing body.

Friday marks the 50th anniversary of Tennessee High’s coronation and it remains a fact five decades later that the Vikings boasted one of the best defenses the area has ever seen.

The 1971 club posted five shutouts in 12 games and the highest point total an opponent mustered came in a 34-22 triumph over the Sullivan East Patriots in the season-opener.

“It was 11 people knowing and carrying out a job,” said George Heath, a junior on the team. “When everybody does their job, there’s no place for the offense to go. It’s when somebody doesn’t do their job, it creates the hole. We tried to keep all the holes closed.”

As Ashford can attest, there was nowhere to go when the Vikings closed in and Tom Baggett of Chattanooga Red Bank ended up having a worse time of it than the Covington QB.

In the state semifinals, vicious licks from Heath and Jim Stoots did a number on Baggett’s ribs and he exited the game in the second quarter of a game the Bristolians won 49-0 on the road. Baggett later played for Paul “Bear” Bryant’s Alabama Crimson Tide.

“Coaches had schemed some packages that worked well once we got ahead,” said Gary Tester, the team’s defensive end and center. “We believed that once we got ahead by two scores we could kitchen-sink blitz opponents into submission. We were deep enough to keep fresh legs in the game.”

Most figured Tennessee High would play Montgomery Bell Academy in the state finals, but the team from Nashville had its 20-game winning streak snapped with a 21-13 upset loss to Ashford-led Covington in the semis.

The 11-0 Covington Chargers would make the nearly 500-mile trip to take on the 11-0 Vikings and while that didn’t sit too well with some fans of the school located about 45 miles northeast of Memphis and 12 miles from the banks of the Mississippi River, the team excitedly loaded up a bus at 9 a.m. on the morning of Thanksgiving, stopped for a practice at Bearden High School in Knoxville and spent the night in Bristol on the eve of the big game.

The gates opened at 5:30 p.m. and it didn’t take long for the Stone Castle to fill up. University of Tennessee coach Bill Battle was among the VIPs in attendance.

“The first thing that comes to my mind is the amount of energy that was not only in the stadium, but in the fieldhouse,” said Eddie Roberts, who was a senior. “You couldn’t explain it. Everybody was so fired up and pumped up. As the coaches gave the pregame speech – all I did was punt and kick – I was ready to hit somebody.”

Ashford could tell the Chargers’ opponent was charged up as he stood on the visiting sideline.

“I never got fired up for a football game and I played many,” Ashford said. “That was just my personality. I was standing there as they introduced Tennessee High and they were flying high. They were high-fiving, going wild and I looked to my right at one of my teammates and said, ‘There’s something wrong with those guys.’ ”

Perhaps he caught a glimpse of Tester.

“We were pumped for sure,” Tester said. “I hate to admit that I came out running too fast in pregame and ran into a trumpet player in the band.”

Tennessee High’s first offensive play from scrimmage was not a harbinger of things to come as quarterback David Bibee’s pass was picked off by Mike Miller.

Later in the opening quarter, Gil Kyle fumbled and Covington recovered inside the red zone. However, an 18-yard field goal attempt didn’t connect and that would be the only threat the Chargers mustered the rest of the game.

In fact, Covington wouldn’t penetrate Tennessee High’s 40-yard line until Ashford scrambled for some yards on the game’s final play.

Scoreless after the first quarter, Tennessee High put 17 points on the board in the second quarter and never looked back. Roberts boomed a 43-yard field goal just before halftime.

“I still believe the game really turned around on Roberts’ field goal,” THS coach John Cropp told the Bristol Herald Courier following the game. “It was such a tremendous kick and it just demoralized Covington and gave our kids a great emotional lift.”

“Coach Cropp looked over and said, ‘What do you think, can you make it?’ I looked at him and said, ‘Yep, let’s go.’ Mark Wedel was my holder and we kicked off the block and it was sitting a little off to the side,” Roberts said. “It wasn’t perfect, but he put it down and it’s the longest ball I ever kicked. … That was something you’ll never forget.”

By the time it was all said and done, six different players scored touchdowns for the Vikings.

Bibee passed for three scores, Gil Kyle rushed for 98 yards and Heath scored two TDs as the Maroon Machine was firing on all cylinders.

“Everything had come together in the last few games,” Tester said. “By the Covington game we just didn’t think we could lose.”

Turns out that Tennessee High wouldn’t lose again until 1973.

The Vikings repeated as state champs in ‘72 and were crowned the No. 1 high school team in the United States by the National Sports News Service.

After a brief stint as a two-sport standout at Ole Miss, Ashford opted for a career in pro baseball and made his MLB debut on Sept. 21, 1976 for the Padres.

Fittingly, the guy who faced the Maroon Machine in his last high school football game played his first big-league game against the Big Red Machine – eventual World Series champion Cincinnati – and he pounded a pinch-hit double off Pat Zachry in the fifth inning of a 9-1 loss.

Ashford hit .218 with six homers in 222 games at baseball’s highest level and he would eventually make a return to Northeast Tennessee.

He served as the manager of the Appalachian League’s Kingsport Mets in the summer of 1985, tutoring future All-Stars Gregg Jefferies and Heathcliff Slocumb.

It certainly beat being picked off by Larry Silcox, Greg Jones and Mark Wedel and being sacked by George Heath as had occurred 14 years prior.

“The Tennessee High players played their greatest game in the semis and in that game right there that’s ever been played,” Ashford said.

Now, for a look at high school football moments which occurred this week in history:

Rusty Pendleton and Travis Sanders scored touchdowns as Gate City recorded a 13-0 win over Radford to win the Region IV, Division 3 title. … Chris Day threw a touchdown pass to Bill Shuler and also rushed for a score as Pennington posted a 14-0 win over Honaker in the Region D, Division 2 finals. … Brady Yeary’s 67-yard touchdown run on Jonesville’s second play from scrimmage was the difference as the Bulldogs won the Region D, Division 1 championship with a 7-0 win over Rye Cove. Tim Spence sealed the deal by intercepting a pass with 12 seconds remaining.

Neil Sample (27 carries, 190 yards, four touchdowns) was the hero for Honaker as the Tigers took a 28-6 win over Powell Valley in the Region D, Division 2 championship game. … Rye Cove won the Region D, Division 1 title with a 21-14 triumph over Appalachia as Eric McPherson rushed for 142 yards and Travis Petelle scored the game-winning touchdown in overtime.

MLB lockout: What you need to know

On the eve of an important game or in the aftermath of a crucial victory, the cell phone belonging to Holston High School football coach Chris Akers will buzz and alert him of an incoming text message from Tony Palmer.

If the Holston Cavaliers and Abingdon Falcons were to prevail in state semifinal games on Saturday they would produce the most important high school football wins in the history of Washington County, Virginia.

“We rely on it,” said senior quarterback/safety Brycen Sheets. “Our offense does put up some points, but we like to play defense.”

“It’s been a lot of fun,” Hall said. “I like being around all the guys and they have been super supportive of me from day one.”

Ridgeview quarterback Ryan O’Quinn is a quarterback prodigy but the script for this freshman is unique.

Covington quarterback Tucker Ashford was only 3-for-16 passing against Tennessee High at the Stone Castle in the Class AAA state football finals on Nov. 26, 1971.

The Covington Chargers offense couldn't get much going against Tennessee High in 1971.

Tennessee High did exactly what this sign suggested in the 1971 state finals.