Get in the game with our Prep Sports Newsletter

Sent weekly directly to your inbox! 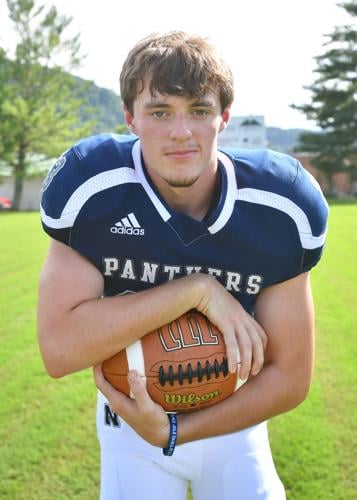 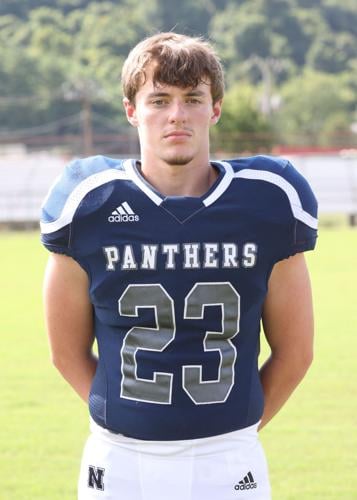 High school football can provide high drama and what transpired for Northwood senior Caleb “C.B.” Johnson on Sept. 9 was something you’d think was cooked up by a Hollywood producer.

Ten yards from the end zone.

Locked in a hard-hitting, scoreless tie with a county rival.

The fans in attendance on the edge of their seats.

All the moment needed was a dramatic musical score and for the game-winning play to unfold in slow motion as Johnson took a handoff from quarterback Sam Rhea and cut to his right.

“My initial thought was – it’s gonna be there,” Johnson said. “We had run that play earlier and our linemen blocked it very well and the same could be said about the final play. Once the ball was snapped, the hole just opened up and I hit it.”

Johnson absorbed a hard hit at the same time he crossed the goal line, but he likely didn’t feel it with all the adrenaline pumping as the score gave the Panthers a 6-0 win over the Marion Scarlet Hurricanes in one of the biggest upsets of the Southwest Virginia season thus far.

Oh yeah, it also happened to be the first TD of his varsity career.

“The stadium was rocking. … The student section just poured onto the field,” Johnson said. “It was an extremely cool sight. Following the game, most of the team went to Coach’s Diner to eat and enjoy the rest of the evening.”

Northwood had been hungry for a win like that one for a while.

Johnson also plays defensive end and helped Northwood stymie Marion drives time and time again, including when the ‘Canes got the first crack at a score in OT and came up empty.

Denim Kirk, K.J. Comer, Austin Graber, Blaine Joannou, Jake Barlow and Brandon Woodward were also tackling terrors in a game that had a unique ending. How many football games at any level in 2022 are scoreless at the end of regulation?

“The kids battled quarter after quarter,” said Northwood coach Greg Prater. “Brandon Woodward talked to me at halftime and said, ‘Coach, we are going to win this game.’ “

Northwood also had to overcome an injury to Eli Williams and persevered until the evening’s final play by a well-deserving hero.

The C.B. might as well have stood for Clutch Ballplayer.

Keep in mind that Johnson had toiled on the offensive line the previous two years, seeing time at center and left guard.

“We had fairly low numbers of offensive linemen up until this season,” Johnson said. “The transition is definitely a big one. I enjoy both being up front and in the backfield. As long as I am a help to the team, I’m all right with wherever they put me.”

That versatility – and selflessness – makes Johnson popular with his teammates and coaches alike.

“If we needed him to play center again, he would play it with 110 percent effort and no complaints,” Prater said. “He’s one of those kids who always puts the team before himself. … His experience in those past positions has allowed him to see all aspects of the game. He can run the ball, catch the ball and block.”

Prater had failed to achieve victory in his previous two stints as interim gridiron boss for the Panthers, but finally got that elusive triumph as Northwood snapped a 10-game losing streak.

“The whole team was pretty excited about it for Coach Prater and the rest of the staff,” Johnson said. “He definitely deserves it.”

Northwood got an unexpected week off after last Friday’s scheduled game with Twin Valley was canceled when the Buchanan County version of the Panthers suspended their program for the remainder of the 2022 season due to a dwindling roster.

Northwood (1-2) visits Chilhowie (0-4) on Friday night and the Panthers can claim the Smyth County championship with a win.

Johnson hopes the Panthers can avoid a letdown and have a successful sequel.

“Beating Marion was a big step,” Johnson said. “But we have to buckle down and keep working.”

Get in the game with our Prep Sports Newsletter

Sent weekly directly to your inbox!

The VHSL executive committee on Wednesday, Sept. 21, voted to sanction girls wrestling as a separate sport, the culmination of a years-long effort by advocates in the wrestling community.

The doctor who examined Dolphins QB Tua Tagovailoa has been fired