© 2020 Lee Enterprises
Terms of Service | Privacy Policy
Share This
As a Lt. General and Deputy Director of NASA's Jet Propulsion Lab, Larry James has reached for the stars since graduating from John Battle High School in 1974
0 comments
Share this
Return to homepage × 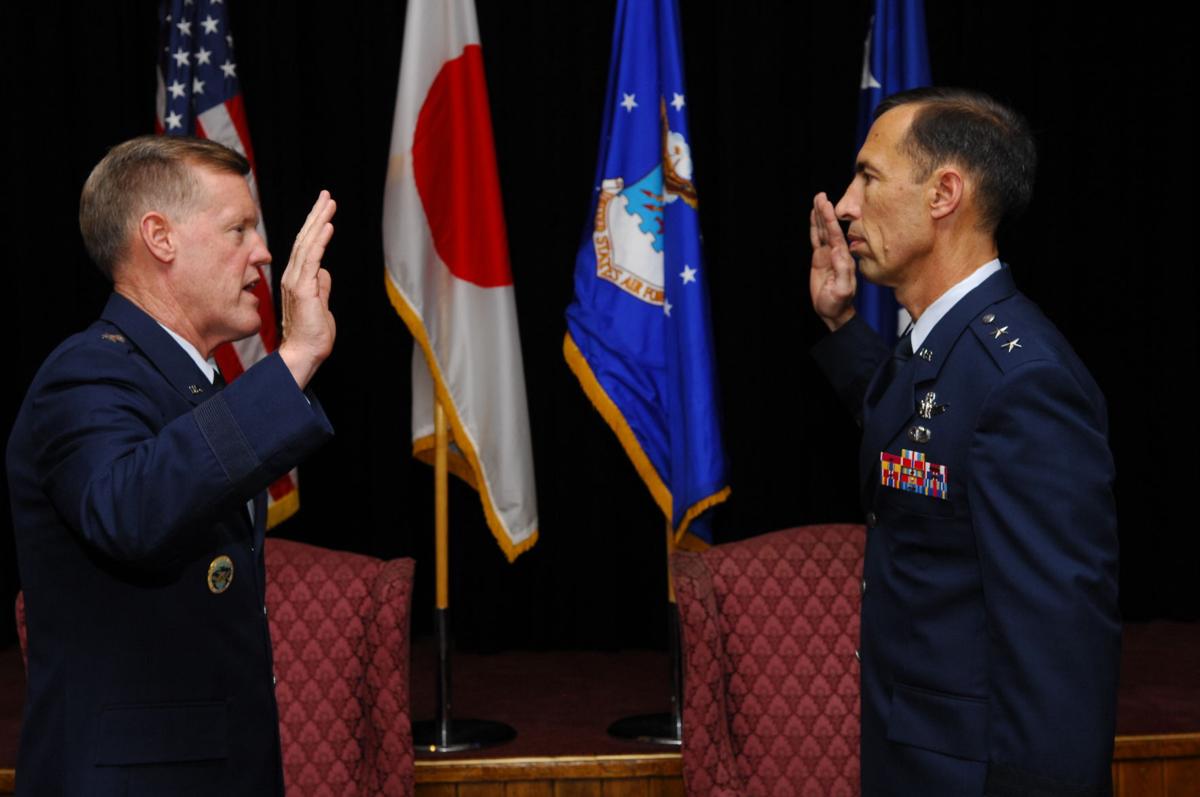 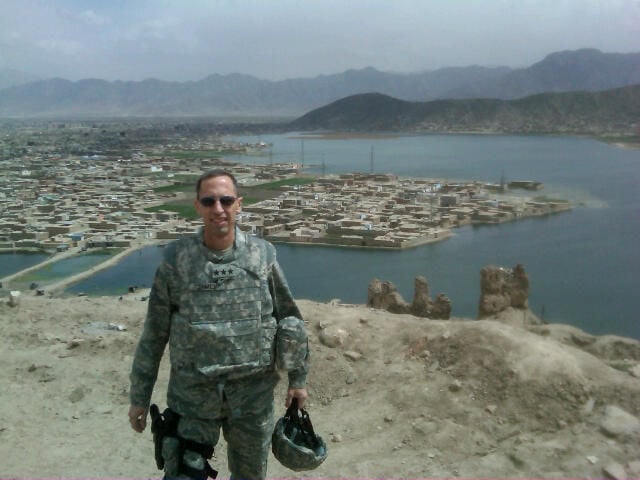 When Larry James was the Chief of Intelligence for the Air Force, he visited forces in Afghanistan. Here is pictured above Kabul. 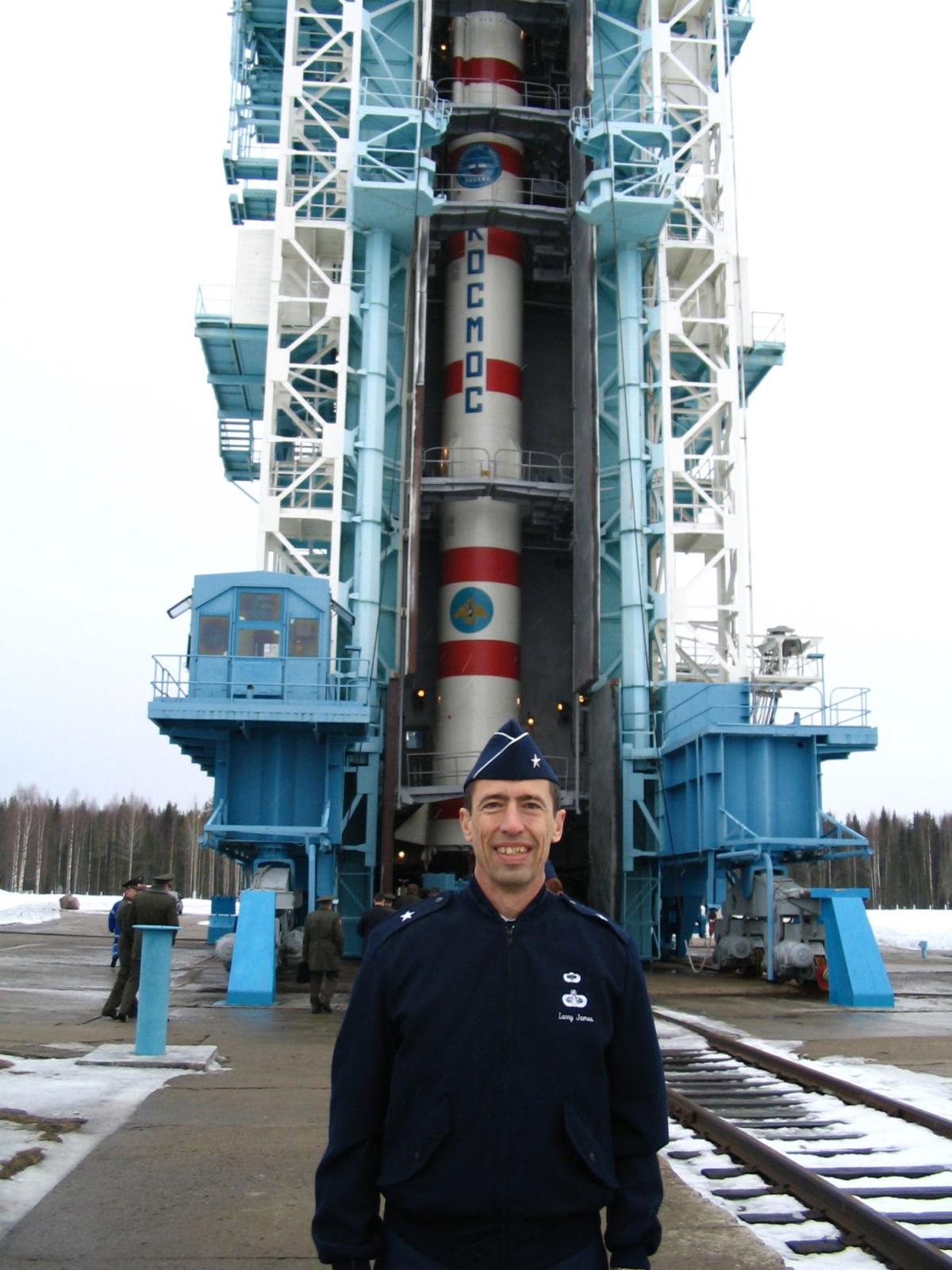 Larry James during a visit to Russian during an exchange program. This is at their northern missile launch site in Plestesk, Russia

Larry James had a blast growing up in Washington County, while dreaming of one day blasting off into space.

“Even in grade school, I can recall Larry’s passion and interest in science and math,” said former classmate Mark Draper. “Occasionally, the teacher would let us go outside for science class where Larry would launch a miniature rocket. … A harbinger of things to come.”

Teachers often urge their students to reach for the stars and Larry James has certainly followed that path.

He achieved the rank of lieutenant general in the United States Air Force before retiring from the military and since August 2013 has been the deputy director and chief operating officer of NASA’s Jet Propulsion Laboratory in Pasadena, California.

These day he works on the robotic probes and rovers launched into space.

Forty-six years ago, James was walking the halls and hitting the books at John Battle High School.

He ran track and field for the Trojans with the one-mile run being his best event.

James was a wide receiver and free safety on the football squad.

His family lived just off Lee Highway in a neighborhood behind the Moonlite Drive-In.

“Great times growing up there with plenty of open space to hike, build treehouses in the woods, ride my motorcycle on the trails and lots of great friends,” James said.

Phil Robbins was the football and track coach of the Trojans at the time and went on to have successful stints at Christiansburg and Powell Valley.

He coached two NFL running backs, an FBI agent, a Secret Service agent and many other players who went on to have high-profile occupations over the course of his VHSL Hall of Fame career and James might be at the top of the list in terms of most impressive resume.

“He was just a solid youngster character-wise and the whole deal,” Robbins said. “He was just steady-Eddie and was there every day.”

This steady-Eddie was also honest as could be.

“Whatever Larry told you,” said former football teammate Ike Anderson, “you could take it to the bank. He was an honest, stand-up guy.”

The Trojans finished 4-6 on the gridiron during James’ senior season, and the highlight was a 13-7 victory over rival Virginia High.

“When we played them that year, I was a punt returner and called for a fair catch,” James said. “I caught the punt, but was then leveled by a Bearcat player. They were penalized, it put us on their side of the field, and we scored, which turned out to be the winning score.”

James was undersized, but never undeterred.

“When Larry got knocked down, he would always spring back up ready to go at it again,” Draper said. “He never whined or complained.”

Robbins was in his third season as a head football coach in the fall of 1973.

“The song ‘Rockin Robin’ [by the Jackson 5] came out during that time,” James said. “So we had a lot of fun with that song and his name. … He was a great coach. He really cared for all the members of the team, could take a joke and motivated us despite some tough games.”

James applied and was accepted to Virginia Tech, Georgia Tech and the Air Force Academy during his senior season at Battle. Colorado Springs, Colorado, would be his ultimate destination.

“As I thought about the options and opportunities it became clear that the Air Force Academy was what I wanted to pursue,” James said. “To serve my country and give something back, to be challenged and to follow my dream of being a part of the space program.”

He’s been able to do all those things in a distinguished career that has taken him to all corners of the globe.

James was serving as the Base Wing Commander of Schriever Air Force Base in Colorado Springs when the Sept. 11 terrorist attacks occurred. He’d earn a Bronze Star during Operation Iraqi Freedom.

“This is the wing that operates all of our military satellites, to include GPS, missile warning satellites, military communications satellites, etcetera,” James said. “When 9/11 happened, reacting to that and preparing for possible military operations was an intense time. From that assignment I deployed to Prince Sultan Air Base in Saudi Arabia. I was the first-ever director of space forces in support of combat operations and was there for the planning and start of the air campaign against Iraq. I stayed deployed until the end of the major air campaign.”

A few years earlier, a tragedy prevented James from experiencing an elite assignment.

“Unfortunately, the Challenger explosion happened in 1986 and our mission was ultimately canceled due to that, so I never got to fly. But the overall training and certification experience was incredible as we trained in Shuttle simulators, in space suits in the underwater tank at Marshall Space Flight Center and things like that.”

Oh yeah, in 1983 he earned his master’s degree from the Massachusetts Institute of Technology.

“The last conversation I had with him he had just finished his freshman year at the Air Force Academy,” Robbins said. “I said, ‘How was it?’ and he said ‘Rough. It’s really hard academically.’ I figured that, and I understood that. I asked him if he had carried 16, 17, 18 hours, a full load, and he just started laughing, and he said, ‘No, I had 24 hours’ or some big number, and I replied, ‘No wonder it’s hard.’”

These days James is staying busy as he oversees 6,200 virtuosos at the Jet Propulsion Lab.

“Our next big mission is our rover to Mars, which will launch on July 17,” James said. “The rover is currently down at Kennedy Space Center where we’re preparing it for a launch, and I’ll go down in July to approve the launch readiness and support the launch.”

James has worked in such localities as Los Angeles, Colorado, Florida’s Cape Canaveral, Tokyo and the Pentagon, but has never forgotten where he came from or the pals from his hometown.

His mother, Marie, lives at the Brookdale Retirement Community in Bristol.

“About four years ago, I had open heart surgery and had a little extra time on my hands,” Draper said. “I sent a message through the main [NASA] website to Larry, never expecting him to receive it, much less respond to it. Lo and behold, in a couple of weeks, I received a response from my former teammate and classmate offering words of prayer and encouragement. That says a lot about who Larry James is, and I will always remember that. … I am very proud of him and immensely grateful for his service to our country.”

John Battle’s Class of 1974 held its commencement exercises on June 7.

The Rev. Lester MacKinnon of Fellowship Chapel Church was the keynote speaker.

Catherine Singleton was the valedictorian.

The salutatorian was Larry Dean James, who was on his way to becoming a three-star general.

“I’ve been amazingly blessed to come from this small town in Virginia and have the incredible opportunities to make a difference,” James said. “All the teachers at John Battle had an impact on my life .”

When Larry James was the Chief of Intelligence for the Air Force, he visited forces in Afghanistan. Here is pictured above Kabul.

Larry James during a visit to Russian during an exchange program. This is at their northern missile launch site in Plestesk, Russia