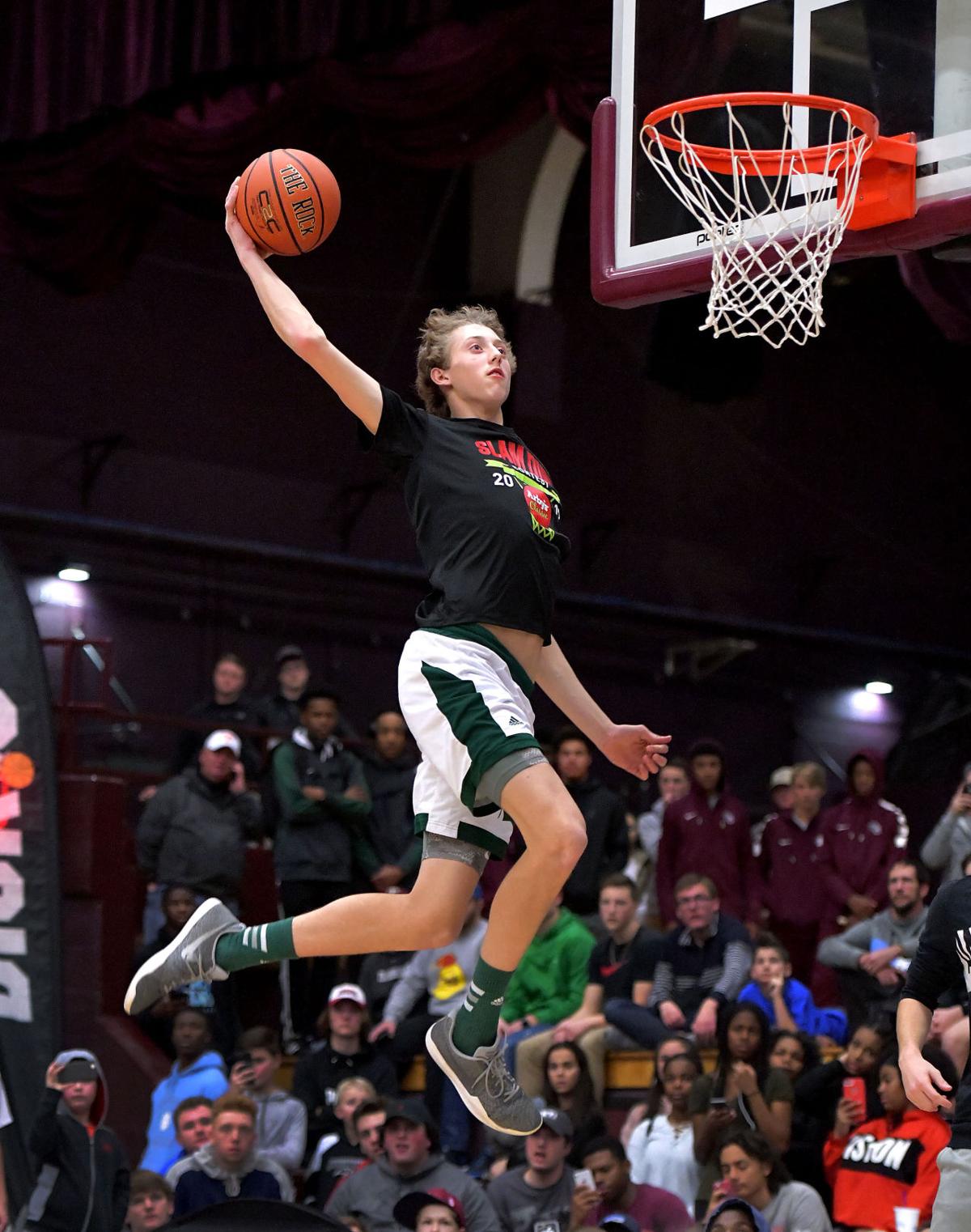 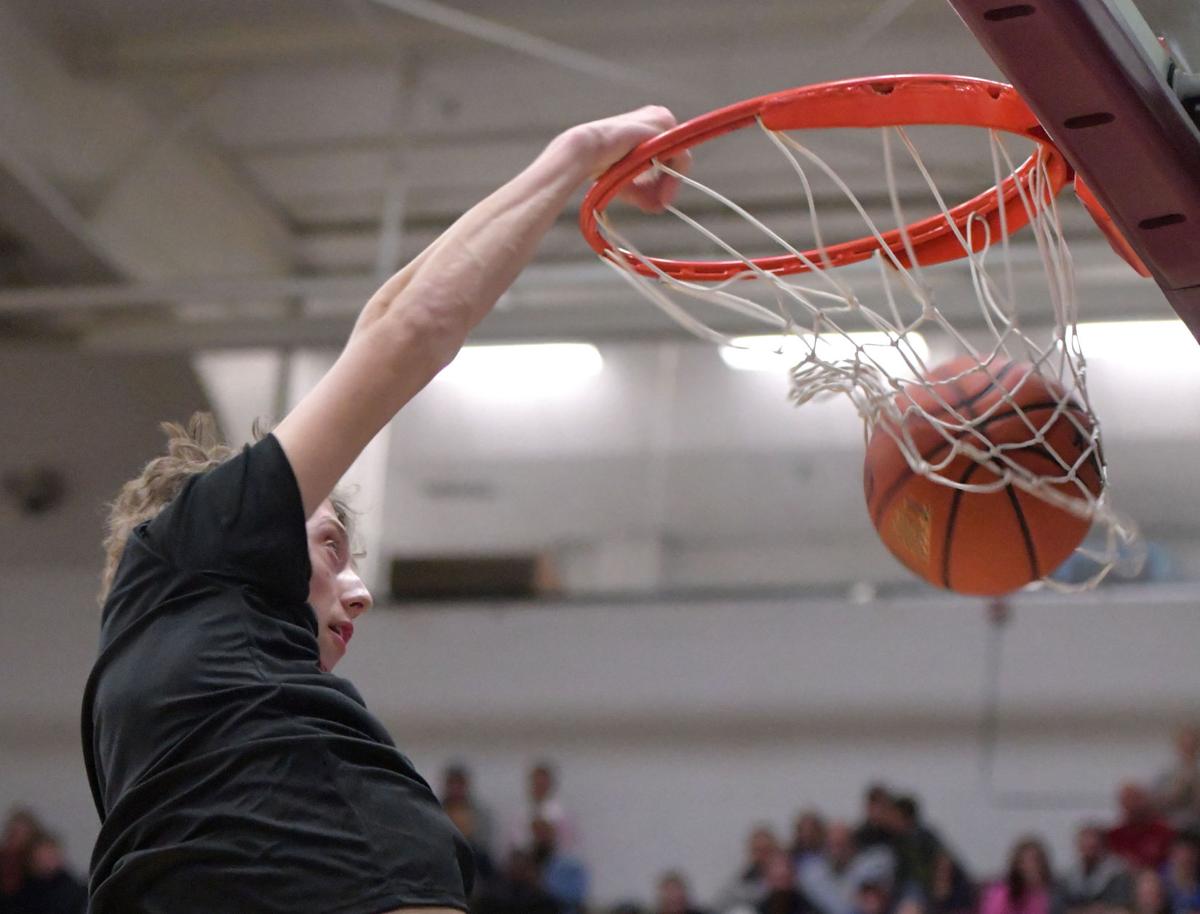 It just wasn’t the fellow anyone predicted.

While nationally renowned dunkmeister Mac McClung of Gate City – a social media sensation for his above-the-rim game – declined to participate in the competition, unassuming Eastside senior Luke Lawson more than picked up the SWVA slack with an array of powerful slams on his way to the title.

Lawson wasn’t flashy per se, but there was no doubt about his dunking ability.

Rarely needing more than one attempt to hammer the ball through the hoop, Lawson made a pair of monster one-handed slams off the backboard and a bounce before getting a helper to toss the ball off the side of the backboard to finish his thunderous trio in the 11-contestant first round.

After advancing to the finals along with Mater Academy’s Jesus Duquesne, North Mecklenburg’s Jae’Lyn Withers and defending champion Shyrone Kemp of Tabernacle Baptist – who beat out McClung in last year’s competition – Lawson made another statement slam off a bounce and added a long-range rim-shaker after taking off from just inside the free-throw line.

The judges put Duquesne, Kemp and Lawson in a dunk-off for the crown and the Spartan secured his victory by leaping over an advertising sign for sponsor Dick’s Sporting Goods on his last throwdown.

Although at 6-foot-8 Lawson clearly has the ability to rise above the rim, he originally gave little thought to entering the contest and said he’s never considered himself a standout dunker.

“This is really my first dunk contest I’ve really ever been in,” Lawson said.

“I wasn’t originally going to do it, but my coach was like, ‘You’ve got to do it – it’s your senior year.’ So I was like, ‘All right, I’ll try it.’ I didn’t realize I was doing it until last night so I was just trying to think of stuff to do in my head.”

With McClung nowhere in sight, the fans at Viking Hall quickly got behind the high-leapin’ Lawson.

“All these people – I’ve never really seen this many people in a gym before with where I’m from,” Lawson said. “It’s pretty crazy.”

While Lawson said he played a handful of games with McClung over the summer, the two aren’t close and the newest Arby’s dunk king said he was just as surprised as everyone else in the gym when the Gate City slam man declined to go after the dunk title Friday.

“I was pretty shocked,” Lawson said. “I looked at the [entry list] paper and didn’t see his name – I got lucky.”

Lawson’s flawless performance was no fluke, but the standout forward expects to continue to make his mark mostly through his superb all-around game as the Spartans chase another state tournament appearance.

“That’s going be tough – I doubt that,” Lawson said with a laugh. “He’s pretty wild.”

The spot in the record book, though, will read: Luke Lawson, Eastside, 2017 Arby’s Classic dunk champion.