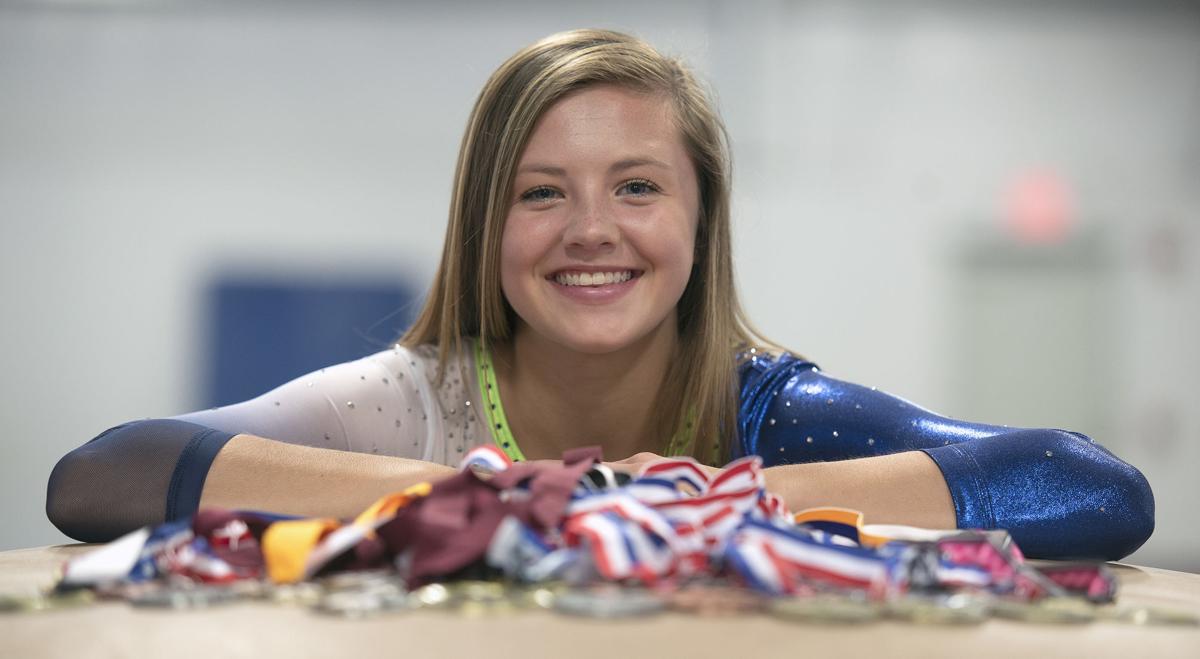 Anna Danko is a recent graduate of Abingdon High School and has battled many injuries over her gymnastic career. 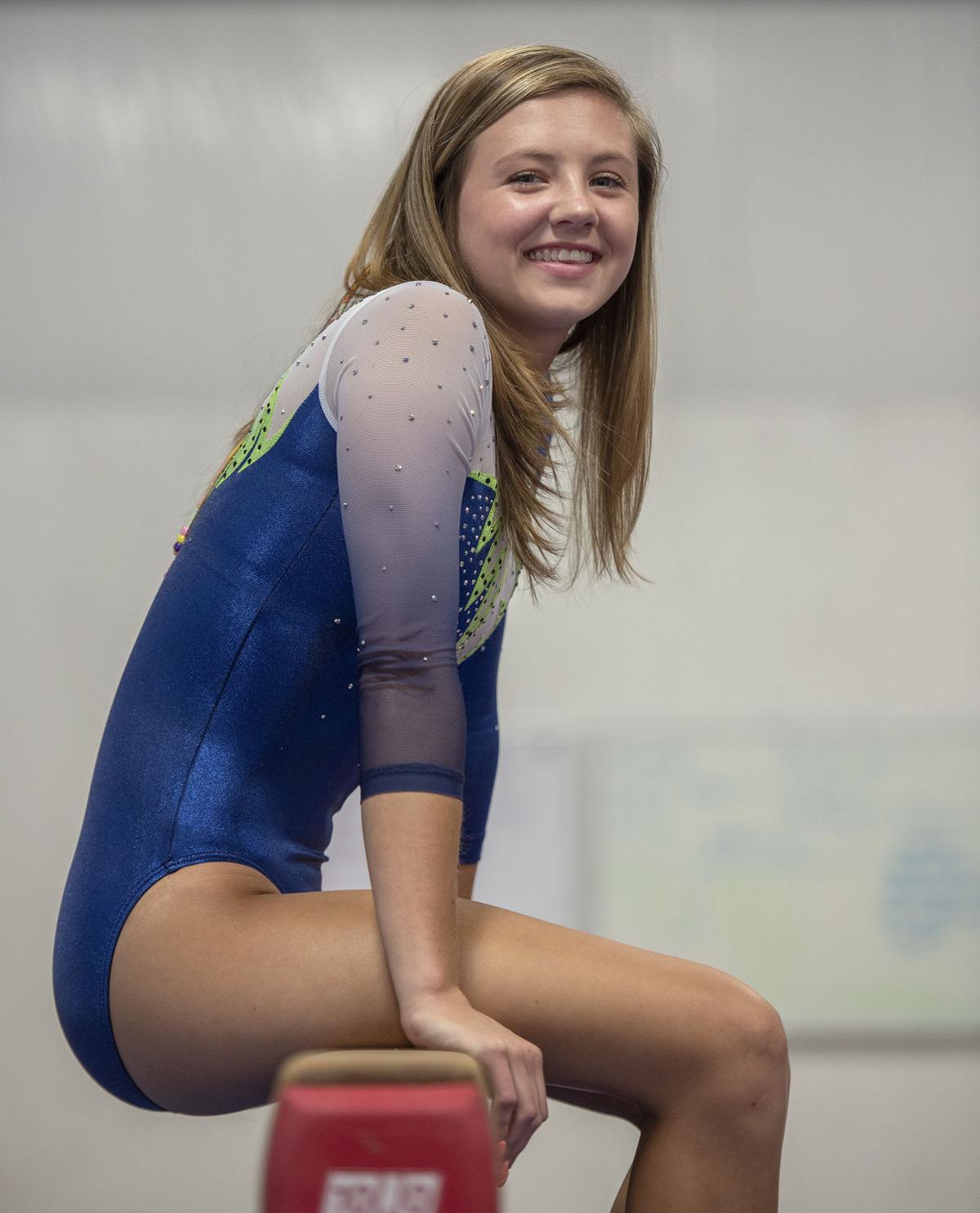 Anna Danko, over a gymnastics career that began at the age of 5, has a pair of Virginia state championships 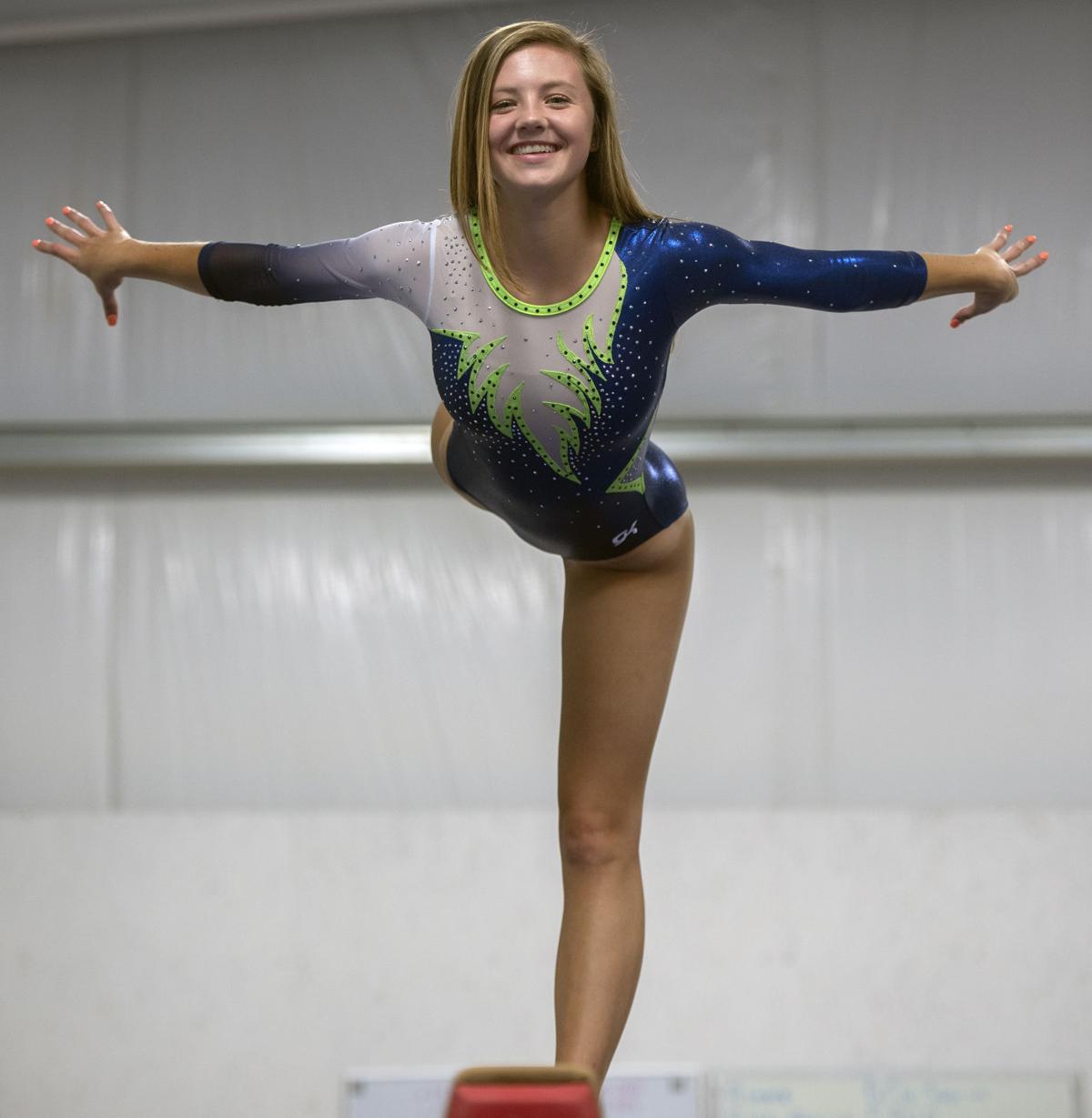 Anna Danko plans on pursuing a career in physical therapy.

BRISTOL, Va. – There is little doubt that Anna Danko was plenty athletic enough to play any number of sports for the Abingdon Falcons.

The 5-foot-2, 110-pound Danko was too busy thriving in her sport of choice.

“Some coaches have come up to me and wanted me to run track or do volleyball or soccer, but I have loved the sport so long,” said Danko, a Level 8 gymnast, who trains at Mountain Empire Gymnastics in Bristol, Virginia. “I am here 16 hours a week so I couldn’t do it.”

It has been worth the effort. Danko, who has overcome a plethora of injuries, has become one of the most accomplished gymnasts in the region, having literally earned hundreds of medals, including a pair of Virginia state championships over a career that began at age 5 in Pittsburgh.

Mom told me I was always climbing over everything and always active so she just decided to put me in gymnastics,” said Danko, who moved to Abingdon with her parents, Paul and Stephanie, and older sister, Emily, in 2006. “When I got here I was on a pretty higher level. Then Lisa just decided to put me on team [competition] and I just excelled from there.”

It didn’t take Lisa Greene long to notice the abilities of her star pupil, quickly agreeing with Danko’s mother that she didn’t need to start in the beginner’s program upon her arrival in Abingdon.

You could just tell from the way she was able to do stretching and her form,” said Greene, a former educator, who co-owns Mountain Empire Gymnastics with Tiffany Boggs. “Some kids just come in off the street as we say and they are just naturally talented and Anna was clearly one of those…

“She has always been my ‘little Anna.’ To spend as much time as we do with the kids on an everyday basis all year long because a lot of other sports are seasonal, they have five or six month seasons, but gymnastics is literally all year long, all week long and to spend that much time, she is like my kid. I love her.”

A recent graduate of Abingdon High School, Danko completed her competitive career, just a few months shy of her 19th birthday, finishing third all-around in Level 8 at the Virginia State Meet held in March in Hampton.

“I was actually happy with it because it was my first year at Level 8,” said Danko, who competed in vault, bars, beam and floor exercises.

That was followed in April with a fifth place all-around finish in the Region 7 meet in Pottstown, Pa., which included athletes from six states.

“It was pretty good. I was really happy,” said Danko, who will turn 19 on July 13. “I didn’t think I had done as well as I did until we got to the awards. There was just a lot of competition there, a lot of really good girls.”

She also fought through pain, having dealt with a sprained ankle most of this season. She has also had numerous other injuries, including cysts on her wrists, a bulging disc in her back, pulled ligaments in her toe, shoulder ailments and concussions.

“You just have to accept it is going to happen,” said Danko, whose boyfriend, recent Abingdon graduate William Seymore, won a state wrestling title for the Falcons in February. “I sprained [my ankle] the first meet of the season. It bothered me all season.”

No wonder Greene thinks this was Danko’s best season of all.

“For me to have Anna have the season that she had as a senior as our top athlete in the gym, as a top gymnast in the whole Southwest Virginia area, that to me has been the most proud I have been,” Greene said. “The season before last she was the Level 7 state champion and that is a huge accomplishment, but to come off of injuries, to move up a level, to have the success at Level 8 that she had and to be our first regional competitor at Mountain Empire Gymnastics as well as finish fifth in a six-state region, that is easily the thing that stands out about Anna’s career.”

No one has enjoyed her development more than her family.

“I am just proud of her. I think her gymnastics career has helped her develop into the young woman that she is,” said Danko’s mother, Stephanie, whose other daughter, Emily, is an accomplished equestrian athlete. “Her character, her strength, her determination, her drive, it is more from her gymnastics career than from anything.”

Greene would certainly like to see Danko continue to compete, but understands this just might be the right time to step away from competition.

“I feel like it is such a demanding sport and it is very taxing so you do want to keep in mind the long term because you can continue competing, but as you continue competing the injury risk level, because of the duration you are in the sport, the chance for injury increases,” Greene said. “I feel confident Anna could continue to succeed, especially given the fact that she is on a roll.

“Her training, she was continuing to improve right up to her very last competition so I feel like she could go on, but it is so taxing that I am glad she finished at the very apex of her career relatively injury free.”

Don’t expect Danko to stay away from the gym. She has already taken on a new role, serving as a coach, and will also pursue a career in physical therapy.

It is very tough because this is what I have done all my life. I haven’t really known anything else, but to be in the gym every day,” she said. “I am coaching right now.

“I would like to be able to coach ‘team’ the rest of my life. It has just been a big part of my life.”

GREGORY COLUMN: For coaches, it's not easy to plan amid a pandemic

It’s a balmy July afternoon in far Southwest Virginia and a head football coach is looking for some relief in his cramped office.

Football the way it ought to be.

Anna Danko is a recent graduate of Abingdon High School and has battled many injuries over her gymnastic career.

Anna Danko, over a gymnastics career that began at the age of 5, has a pair of Virginia state championships

Anna Danko plans on pursuing a career in physical therapy.