If you’re going to lie, make it a good one.

Meaning, put some effort into it. Make it convincing. Make sure the truth is not easily discoverable. Don’t just draw on a weather map with a Sharpie.

That’s apparently what Donald Trump or someone in his employ did last week to prove he was right all along in claiming that the state of Alabama lay in the path of Hurricane Dorian. He made this claim via Twitter Sunday morning, and it was so alarmingly wrong that the Birmingham office of the National Weather Service quickly tweeted an emphatic correction: “Alabama will NOT see any impacts from #Dorian.”

So what followed Wednesday in the Oval Office was both predictable and pathetic. Trump trotted out a forecast map on which someone had used a black marker to extend the storm’s possible track across the southeastern tip of Alabama. Reporters asked if someone had drawn on the map. “I don’t know,” said Trump.

Later, he tried to further justify himself by trotting out raw computer model data indicating a low likelihood of Dorian striking Alabama. “I accept the Fake News apologies!” he crowed. But the data were from Aug. 28 — four days before Trump’s lie. By then, everyone in the country knew Alabama was in no danger — everyone but him.

Yes, you’re right. The fact that Trump lies is hardly breaking news. The Washington Post says he’s made over 12,000 “false or misleading claims” since taking office. He’s lied on nations, public officials and presidents. Why not lie on a hurricane?

But it’s not the fact of the lie that occasions these words. It is, rather, the laziness of it.

As noted once before in this space, the quality of a lie is in direct proportion to the respect the liar has for the person being lied to. You would not tell your boss that the reason you’re taking a day off is that you’re needed to do repairs on the International Space Station. No, you put work into a lie, you make it credible, when you respect the person you’re lying to, when his or her good opinion matters.

Otherwise, you draw on a map with a Sharpie and call it a weather forecast.

Point being, we’ve grown so used to the fact that this guy lies that we forget to marvel at how truly bad at it he is. Meantime, the coterie of suck-ups and sycophants he calls an administration insists with a straight face that he’s telling the absolute truth and we’re somehow missing it. We are living the fable of the emperor’s new clothes, only it’s not a fable, and the emperor has nuclear weapons.

It gets worse. Roughly coincident with Trump’s whopper, there appeared on Medium an article by psychiatrists David M. Reiss and Seth D. Norrholm, renewing concern about the state of his mental health. “We definitely believe that based upon his observed behaviors, it is clinically indicated that Trump undergo a full and comprehensive neuropsychological evaluation,” they wrote.

It’s an alternative that offers a sobering sign of the depths to which we’ve been brought by the bigotry of Republican voters who put him in office and the spinelessness of Republican (and Democratic) lawmakers who keep him there: We face two options, one of which is that the president of the United States simply does not respect the presidency or the people.

And incredibly, that’s the best-case scenario.

Readers may contact Leonard Pitts via email at lpitts@miamiherald.com.

What has happened to truth and integrity in our country? For a while now, distortion of facts, bullying and name-calling have become so normal…

Your View: Medicare provides health coverage at fraction of cost of insurance companies

While millions lost their jobs and tens of thousands were hospitalized due to COVID-19, UnitedHealth Care Group posted more than $6.6 billion in profits. This begs the question: why do we need for-profit health insurance companies? We don’t.

Your View: Local candidates’ allegiance is to Donald Trump and GOP, not to the people who vote

As I watch the TV ads for our local candidates for national and state congress, I’ve noticed a theme. They all profess to be followers of Donald Trump. But what if Trump loses? Can they support an alternative agenda, or will they obstruct?

Your View: ADA ramps in Damascus caused more problems than they solved

The Town applied and received a grant through the American Disabilities Act to build handicap ramps … whether they were needed or not.

Your View: It's time for candidates to put people over politics

Recent letters to the editor asked us to choose candidates who claim to be “pro-Trump,” then say their candidate is right because they aren’t “a politician.” If 15 people all blindly toe the party line, that’s the very definition of swamp politics.

Your View: Since they refuse to debate, write off Crowe, Harshbarger; Tennessee deserves better

Two candidates for Tennessee’s 1st District Republican primary, Rusty Crowe and Diana Harshbarger, chose not to participate in the only debate for this position on July 23. In my mind, this eliminates them from being considered as valid candidates.

Your View: Plenty of names for those refusing to wear masks; ‘patriot’ isn’t one of them

The number of American deaths during World War II was 407,600. We know who started WW2. We also can see who is responsible for COVID-19's continued rampage here: One in the White House and plenty of others trying to get into Walmart without a mask.

Your View: Congress must pass HEROES Act before opening schools

For months, working families across the country have transformed their homes into makeshift classrooms, daycare centers and summer camps to co…

Your View: Capitalizing ‘Black’ is not equal treatment

In recent weeks, I have noticed possible racism in articles by the Bristol Herald Courier, the Herald Courier writers and the Associated Press. 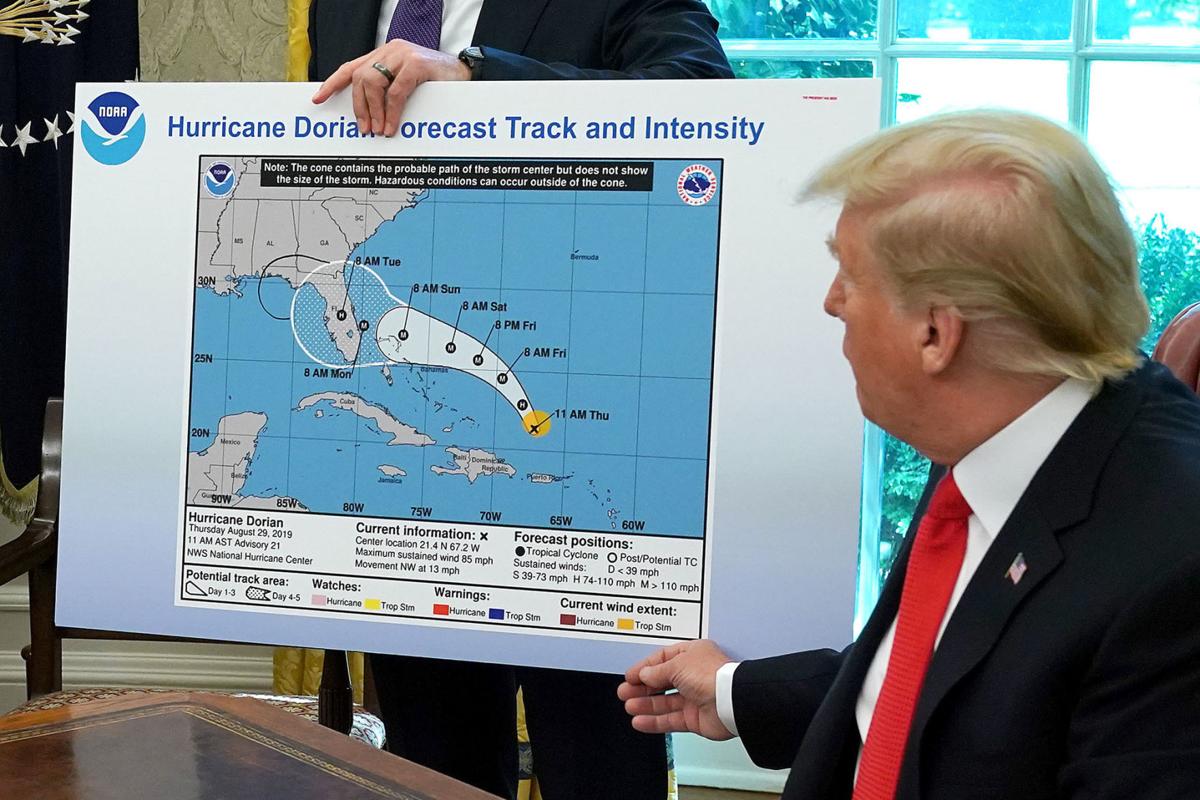 President Donald Trump references a map held by acting Homeland Security Secretary Kevin McAleenan while talking to reporters following a briefing from officials about Hurricane Dorian in the Oval Office at the White House in Washington, D.C., on Wednesday. The map was a forecast from Aug. 29 and appears to have been altered by a black marker to extend the hurricane’s range to include Alabama. 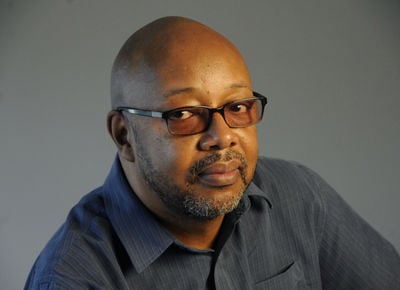