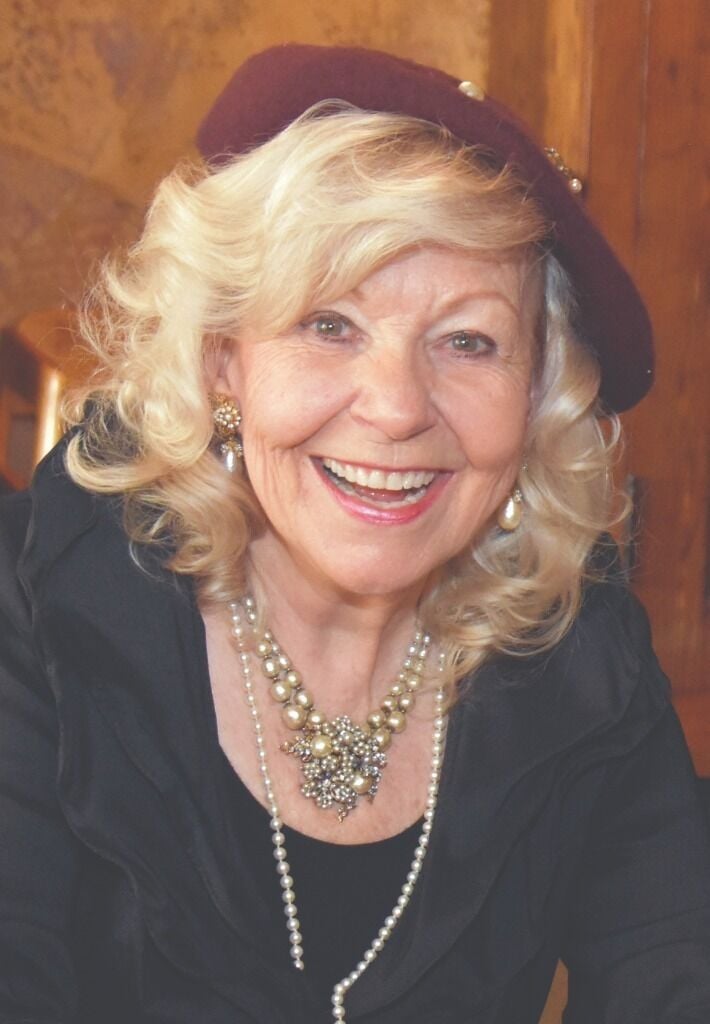 Barbara-lyn Belcher, age 76, passed away on Friday, July 24, 2020, after a brief illness. Barbara-lyn, affectionately known as B-l, was born on April 16, 1944, in the historic Morningside House in Emory, Va., to the late Rudolph Harvey and Pearl Lou Keene Belcher. That storied birth was the beginning of a lifetime full of adventures that centered around her beloved family, especially her children and grandchildren, friends, former students and colleagues in the various careers she had. Barbara-lyn grew up in Buchanan County, deeply rooted in her Methodist faith. She graduated in 1962 from Garden High School, where she served in several student leadership roles. She then headed to Radford University, where she graduated just three years later with a degree in English. During this time, she pursued what was a life-long passion for social justice and change. Drawn to D.C., she held an internship at the Post Office while supporting vigils for the passage of civil rights legislation. Next, she served as Associate Director of the Wesley Foundation at the University of Tennessee and later earned a M.Ed. at the University of Virginia. A series of teaching experiences ensued in New Jersey and Charlottesville, and a move to Boston in 1977 led to a professional degree from the New England School of Photography. She loved being a student as much as she enjoyed teaching. After making her home in Richmond, Barbara-lyn worked as a legislative aide to Delegate Pete Giesen. She would then become the first Principal of the newly-formed Richmond Community High School, where she worked tirelessly to build authentic relationships with former students, co-workers, family members and colleagues. Under her leadership, this institution became one of the top-ranked high schools in the nation. Barbara-lyn then became Executive Director of Leadership Metro Richmond before moving back to her beloved Emory from 1992 to 2006 to serve as "first volunteer" for Emory & Henry College as well as the surrounding community. After she "retired" to Wintergreen, B-l became a student of wine and enjoyed her role at Veritas Winery. Throughout her life, Barbara-lyn's love of language was to remain as constant as her faith. Her career spanned almost four decades as an educator and leader. B-l was a freelance writer and a fundraiser with an eye for art and photography. Poetry was her elixir, theater energized her, American politics captured her interest, and travel filled her spirit. She could fill a conversation with stories of travel about trips to Peru, Europe, China and across the United States, including visits to New York and her beloved Santa Fe. Barbara-lyn is survived by three daughters, Tabbitha Lyn Morris-Barnes of Richmond, Robbins Morris Cox and husband, Tony, of Henrico, and Rosa-Lyn Vaughan Morris and husband, Eric Livingston, of Ashburn, and their father, Thomas R. Morris of Richmond. She found profound joy in the love of her five grandchildren, Anthony Barnes, Kylie Morris-Cox, Mac Cox, Henry Livingston, and Abigail Livingston; brother, Rusty Belcher and wife, Melissa; four nieces and nephews Brook Baker and husband, Brian, Nick Belcher and wife, Courtney, Katelyn Belcher and Zeren Belcher; her aunt, Lorraine Williams; and an army of loving cousins also survive her. She also leaves to mourn her loving and supportive life companion, Alfred G. "Buddy" Goodykoontz and a family of RCHS students. In addition to her parents, Barbara-lyn was preceded in death by daughter, Sheila, an infant son, and beloved aunts and uncles. A private memorial service will be held on Saturday, August 1, 2020, and live stream details will be made available. The family is being supported by Teague in Charlottesville. A public memorial will be planned for July 2021. Memorial contributions may be made to the historic Smyth Chapel Church in Emory, Friends of Smyth, P.O. Box 208, Meadowview, VA 24361, and to The Nature Foundation of Wintergreen, 3421 Wintergreen Drive, Roseland, VA 22967. Please visit www.teaguefuneralhome.com for service details and to share condolences with the family.

To plant a tree in memory of Barbara-lyn Belcher as a living tribute, please visit Tribute Store.