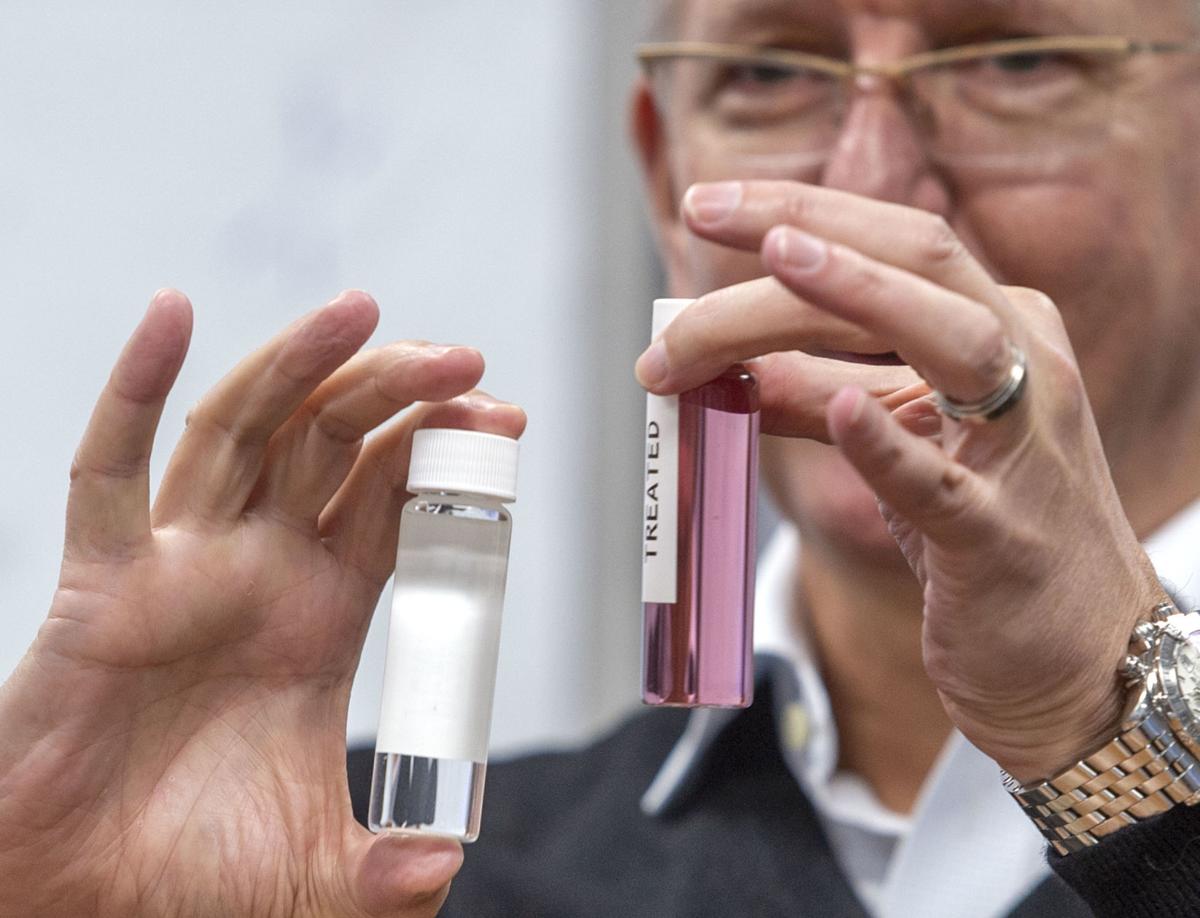 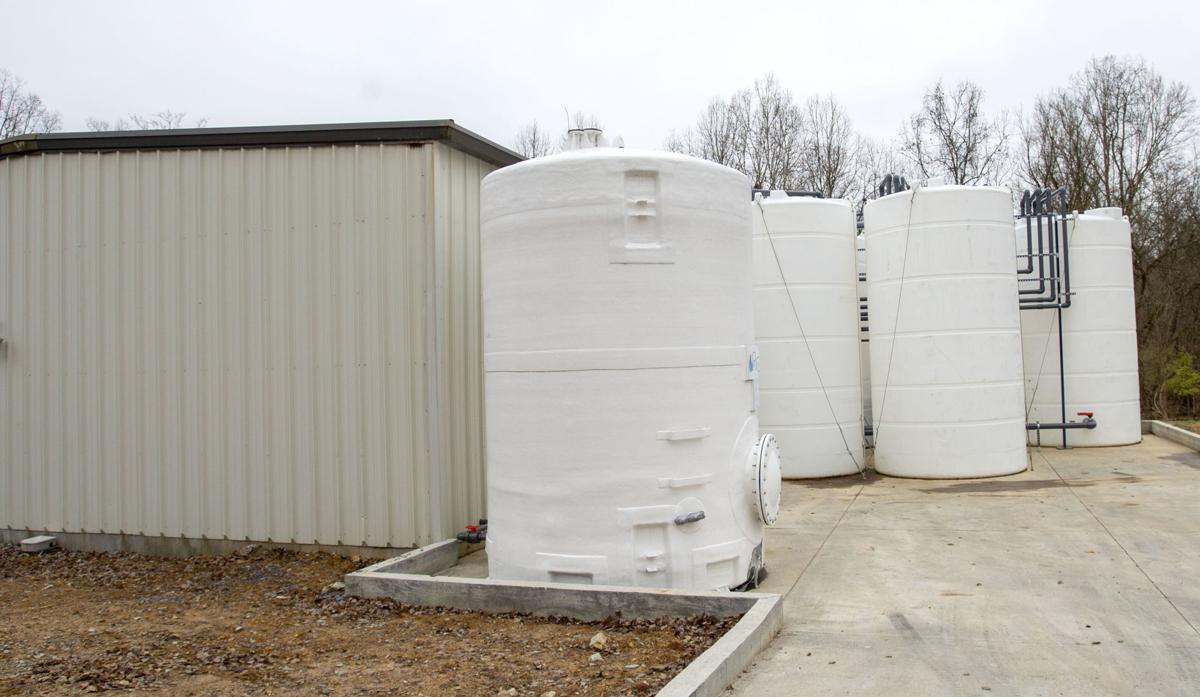 BRISTOL, Va. — American Merchant expects to use 300,000 gallons of water daily and will employ a $2.5 million state-of-the-art plant to treat it.

About 70% of that water is expected to be recycled and reused in the towel-making process with the balance dumped into the city’s sewer treatment system, company Chairman Robert Burton said.

“This is the most advanced water treatment facility the U.S. textile industry has ever witnessed. It’s pretty common in the big factories in India, Turkey and China, but the U.S. textile industry never really caught up to cleaning its effluents,” Burton said. “The water we’ll be returning to the city will be void of color, void of odor and void of any solids; it will be as clean basically as the water we take in. We will process that water, recirculate and reuse 70% of that.”

During a tour of the facility, Burton held up three vials of effluent ranging from dark, dye-filled to clear to illustrate the difference between untreated and treated.

The treatment process was designed by Roanoke, Virginia-based Pro-Chem and constructed beside the main plant building on Old Abingdon Highway. It will be fully operational next month.

Used water is pumped from the manufacturing plant to tanks inside the treatment building. Sediment will settle to the bottom and be pumped out. Water is then pumped through two containers, where it goes through two stages of reverse osmosis.

Work on the treatment plant began in 2018, but American Merchant opted to delay its implementation until the plant was up and running.

“This could have been completed in March, but it wouldn’t make any sense to have a water treatment plant operating if I’m not generating any water and waste for it to treat. We weren’t ready to give them effluent to treat,” Burton said.

American Merchant received a $500,000 grant from the Appalachian Regional Commission to help with the plant’s cost.

They initially considered other options.

“If we were to discharge 300,000 gallons of water a day, on a very rainy day, the sewer system isn’t set up to handle that additional flow. They talked about us putting in a 500,000-gallon water tank to hold water so, if there is a rainy day, we would hold the effluent. We decided to just build an entire water treatment facility,” Burton said.

Like other phases of the operation, this technology is designed to maximize resources and minimize environmental impact. For example, the treated hot water will be recycled through a heat exchanger to help warm fresh water and reduce impact on the plant’s massive boiler, Burton said.

That philosophy was even applied to the dozens of large, wooden shipping containers the plant’s machinery arrived in. Those materials have been recycled into wooden tables and shelving for work areas, Burton said.

In addition, all phases of the manufacturing can be monitored from anywhere in the world to identify any problems or make improvements.

“In the plant, everything is smart, so we’re getting data from everywhere,” Burton said. “This water treatment plant, I can see real time how much water is being treated, what is the quality of the water we’re sending to the city and quality of the water going back into my plant. And BVU can come in and monitor it and see my information.”

The company employs a reduce, reuse and recycle philosophy.

“It talks about the ethos of the company. Our group Chairman Mrs. [Loretta] Lee is all about sustainability and being good to the environment. That’s how we manufacture in China so that’s how we will manufacture in America as well,” Burton said.

American Merchant gearing up for expansion in 2020 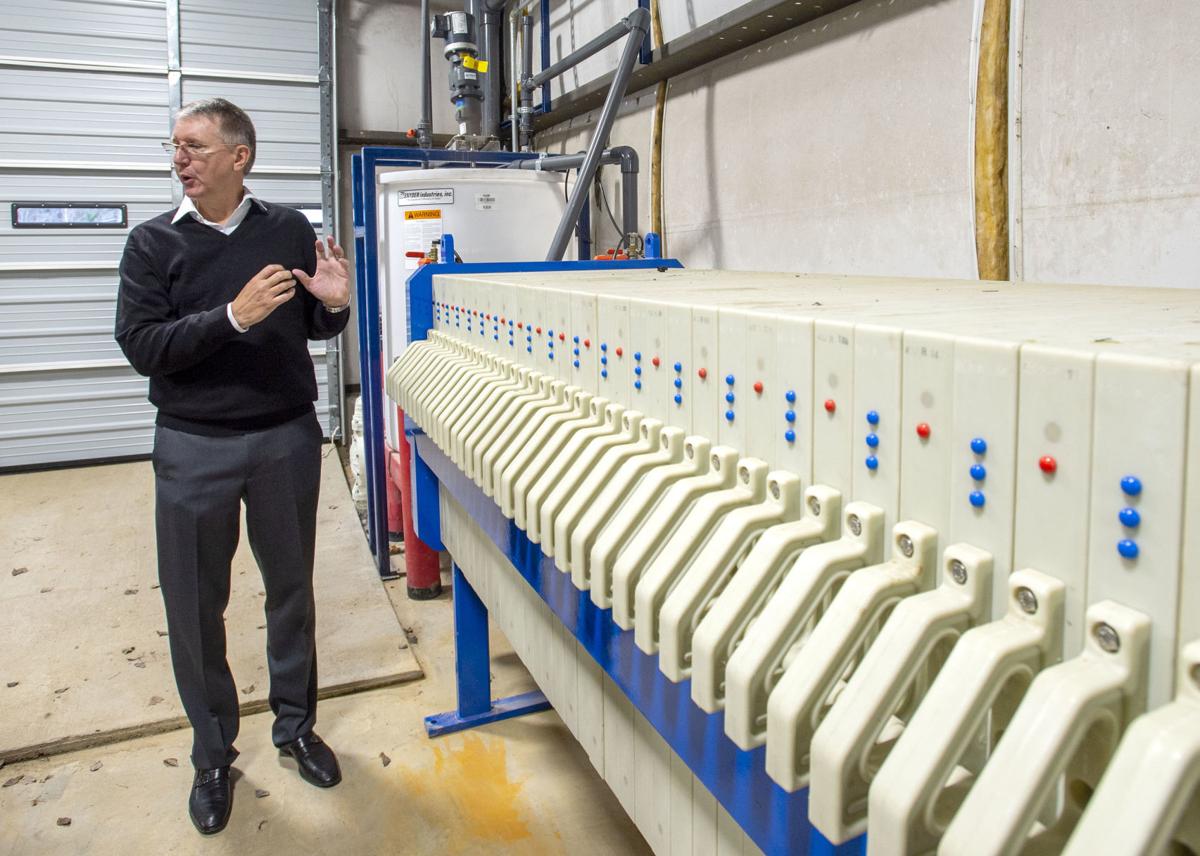 American Merchant Inc. Chairman Robert Burton talks about the water treatment plant that was built at the manufacturing plant. 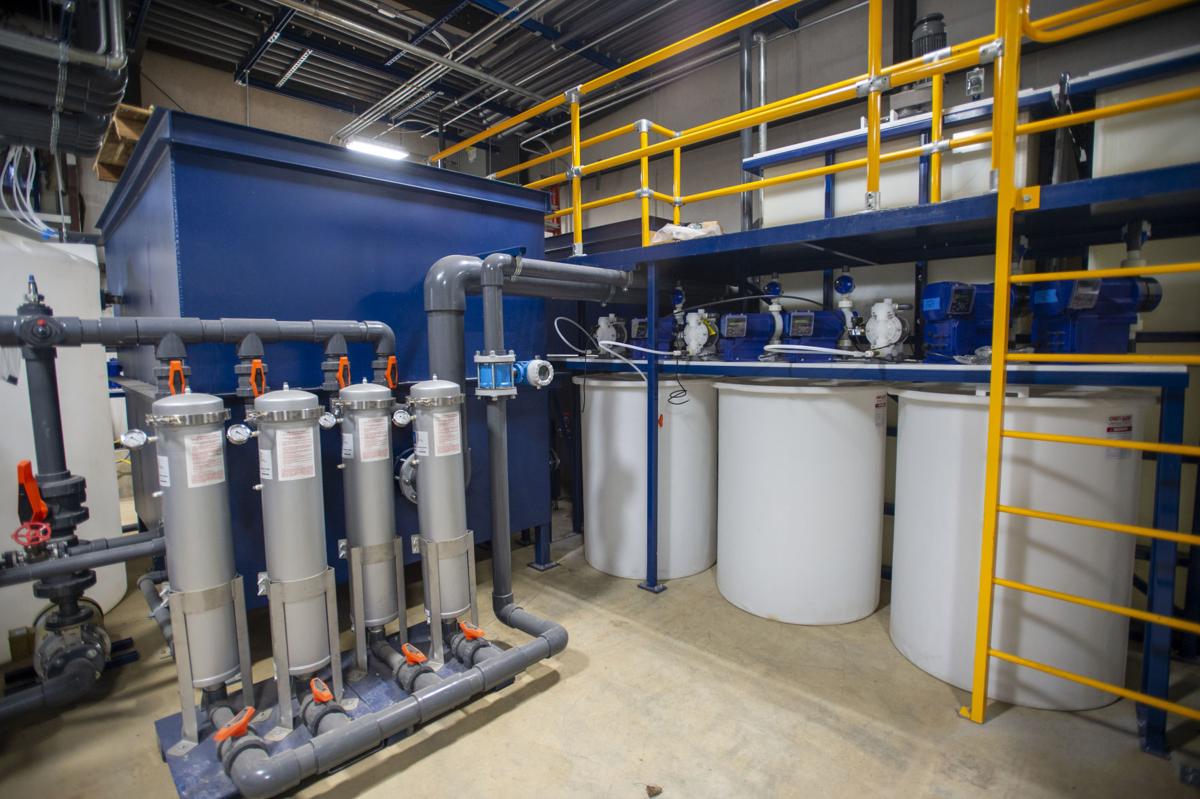