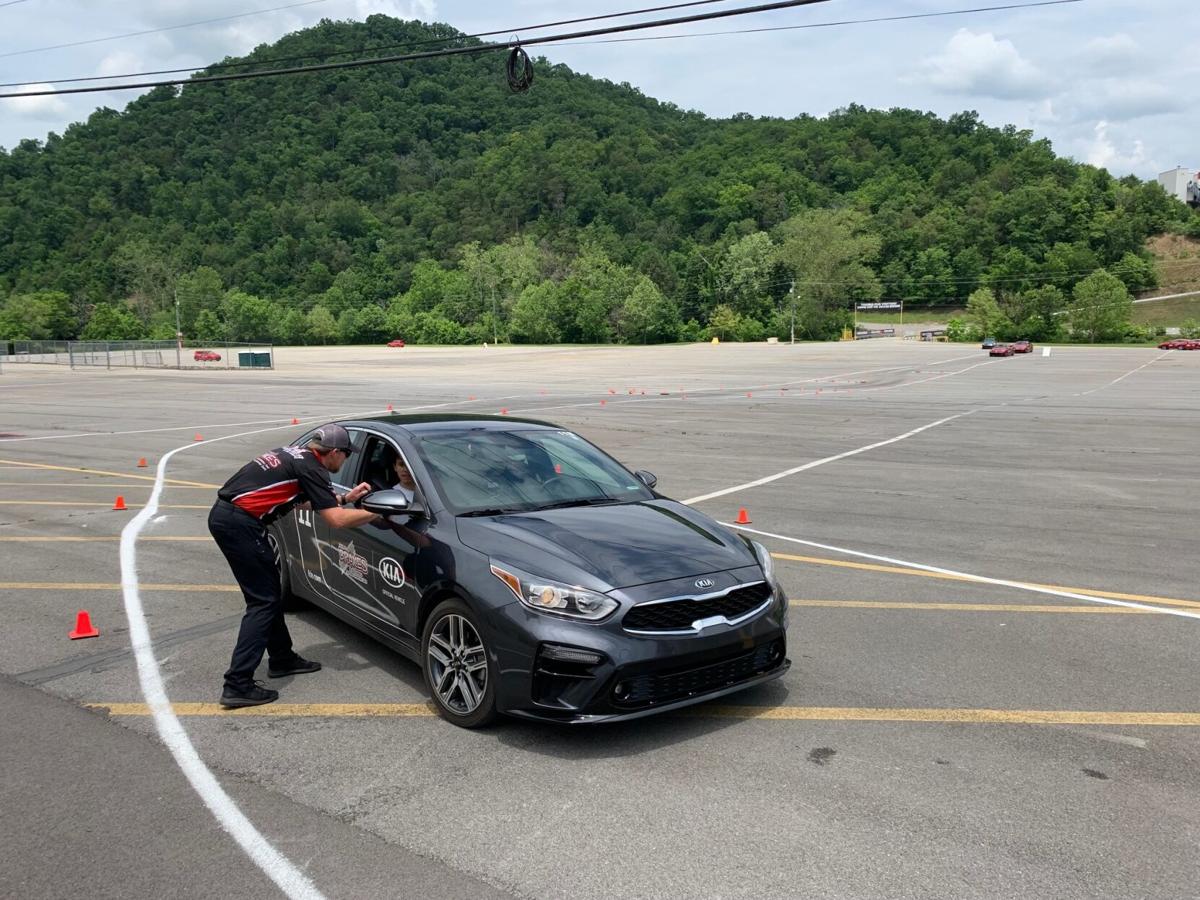 Travis Oldenburg talks with a driver during Sunday’s program on the Bristol Motor Speedway campus. 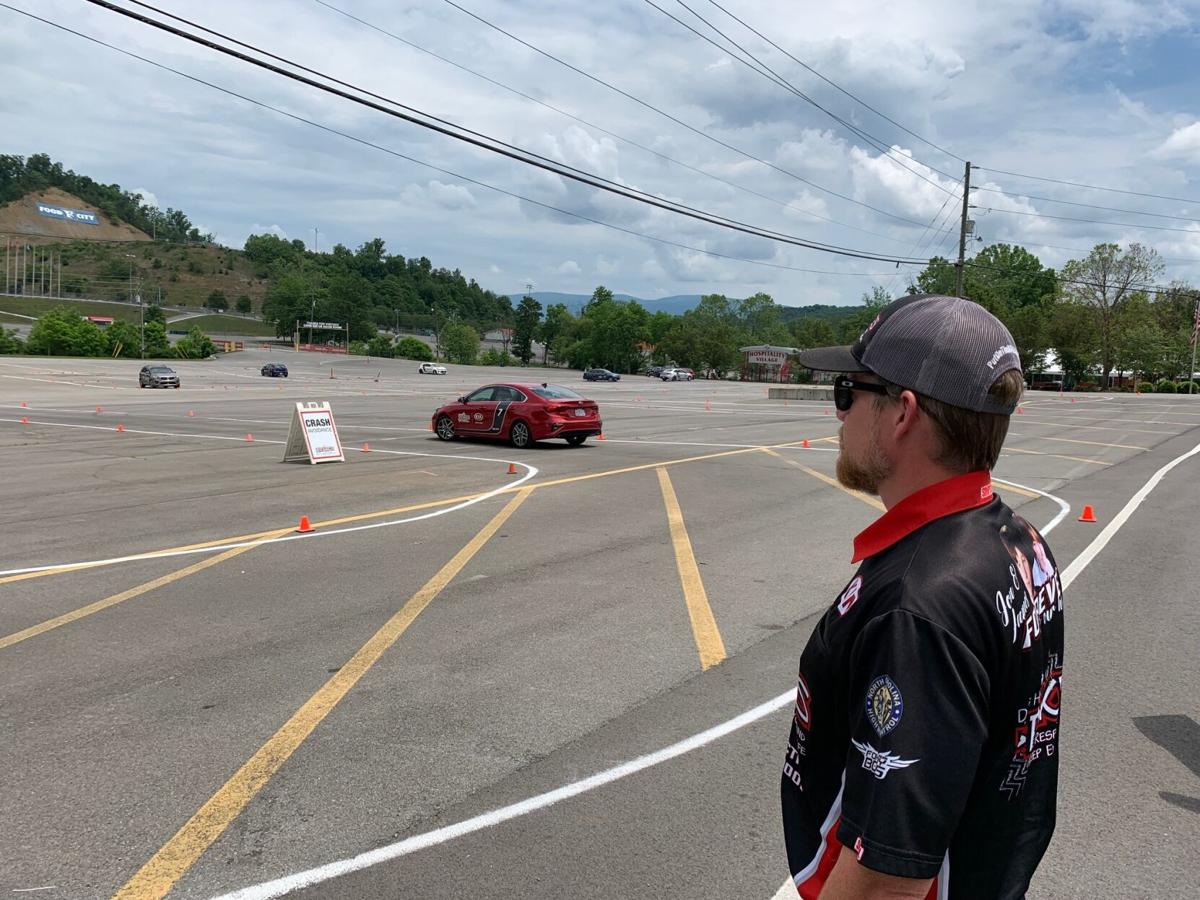 Travis Oldenburg, director of training for B.R.A.K.E.S. and a former patrol officer and former precision-type driver for various events, watches the course. 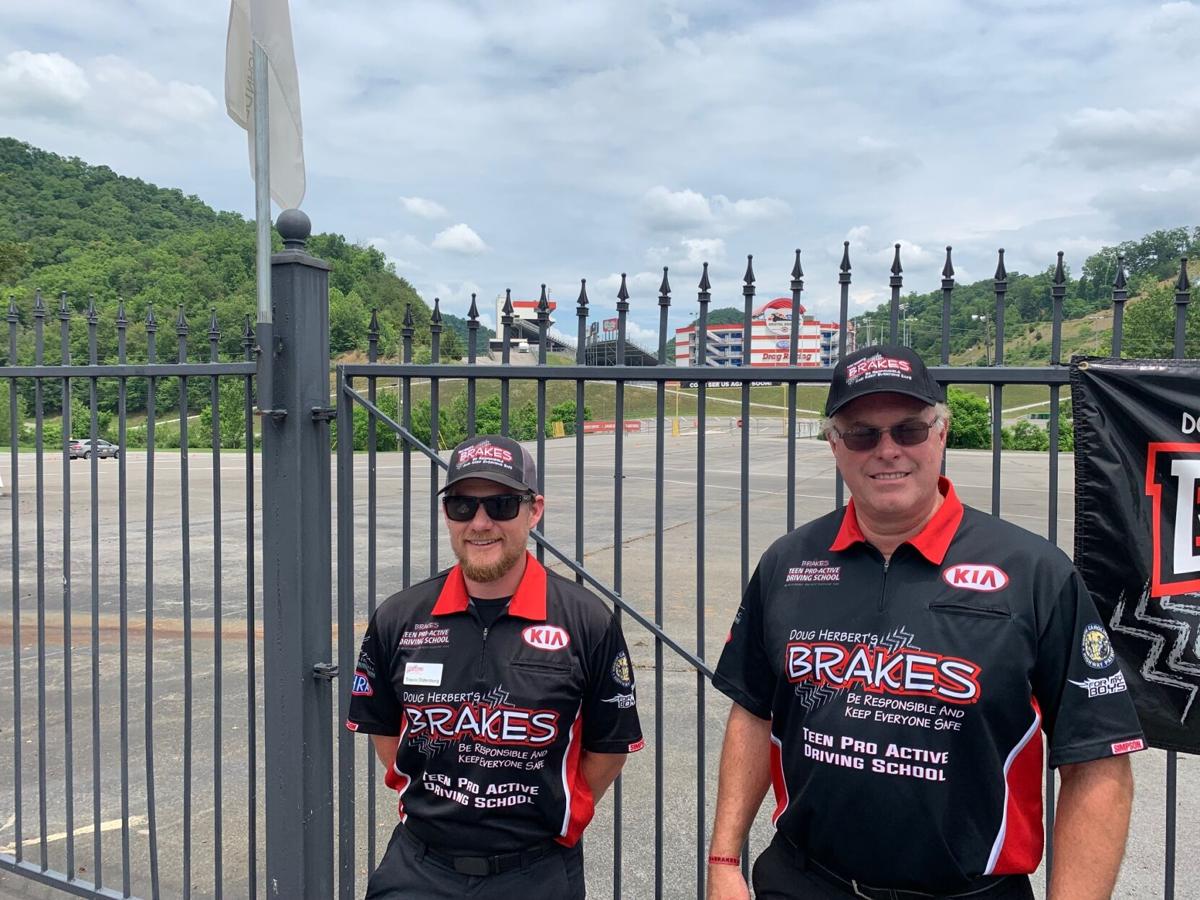 Travis Oldenburg (left) and Doug Herbert, the founder of B.R.A.K.E.S.

BRISTOL, Tenn. — Doug Herbert arrived on the campus of Bristol Motor Speedway and the adjacent Bristol Dragway like it was a homecoming on Sunday.

This is where Herbert won his first race in 1992 at Bristol Dragway and later proved a consistent champion throughout the 1990s in Thunder Valley.

But, on Sunday, there was no race for Herbert, 53, who lives in Charlotte, North Carolina.

In 2008, Herbert lost two teenage sons to a high-speed car crash. Soon after, he formed a nonprofit organization called B.R.A.K.E.S.

B.R.A.K.E.S. stands for “Be responsible and keep everyone safe.”

This nonprofit organization brings out cars and sets up tracks, teaching defensive driving.

“We’re teaching these teenagers some lifesaving skills. This type of training that we’re giving is valuable and not available everywhere,” Herbert said.

About 200 teen drivers arrived from the local area and as far as Florida and New Jersey. They paid $99 to reserve a spot for the weekend, though that fee was refundable, as participation is actually available for free, said events coordinator Shawn Gigstad.

And it’s not cheap. The organization works by donations, and each weekend training school costs $60,000 to stage, Gigstad said.

A team of 24 instructors came to Bristol over the weekend, culled from a roster of stunt car drivers, law enforcement officials and race car drivers like Herbert.

The closed courses include panic braking and a skid pad, Gigstad said.

In one course, the student drivers “spin the car out” to learn what it’s like “to skid in a controlled environment,” said Travis Oldenburg, the director of training.

“Part of what we’re doing is give them a performance driving experience,” Herbert said.

Previously, about five years ago, this group staged another training weekend in Bristol, Gigstad said.

The organization operates 30 events like this a year, Herbert said.

“Basically, all this is in memory of my boys,” Herbert said. “Coming to a class and seeing the transformation that we can make with these teenagers is good therapy for me.”

Travis Oldenburg talks with a driver during Sunday’s program on the Bristol Motor Speedway campus.

Travis Oldenburg, director of training for B.R.A.K.E.S. and a former patrol officer and former precision-type driver for various events, watches the course.

Travis Oldenburg (left) and Doug Herbert, the founder of B.R.A.K.E.S.