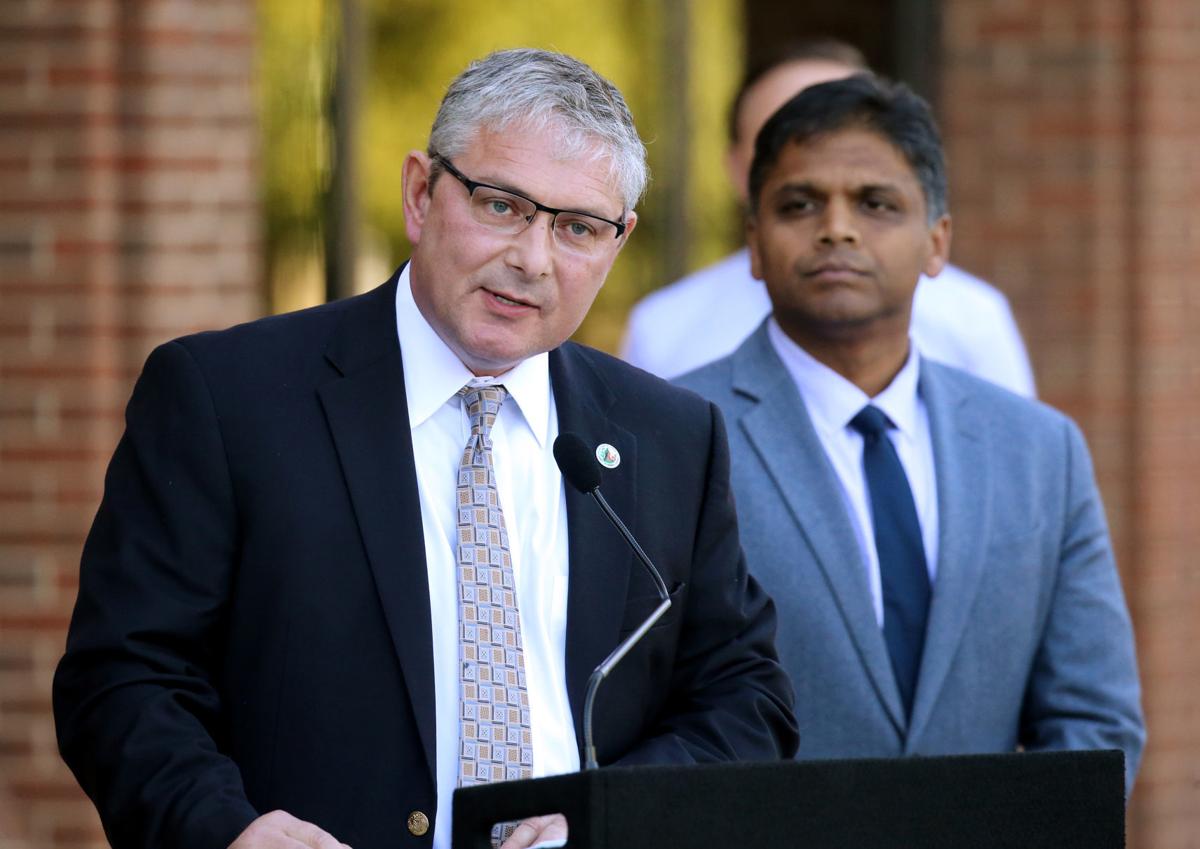 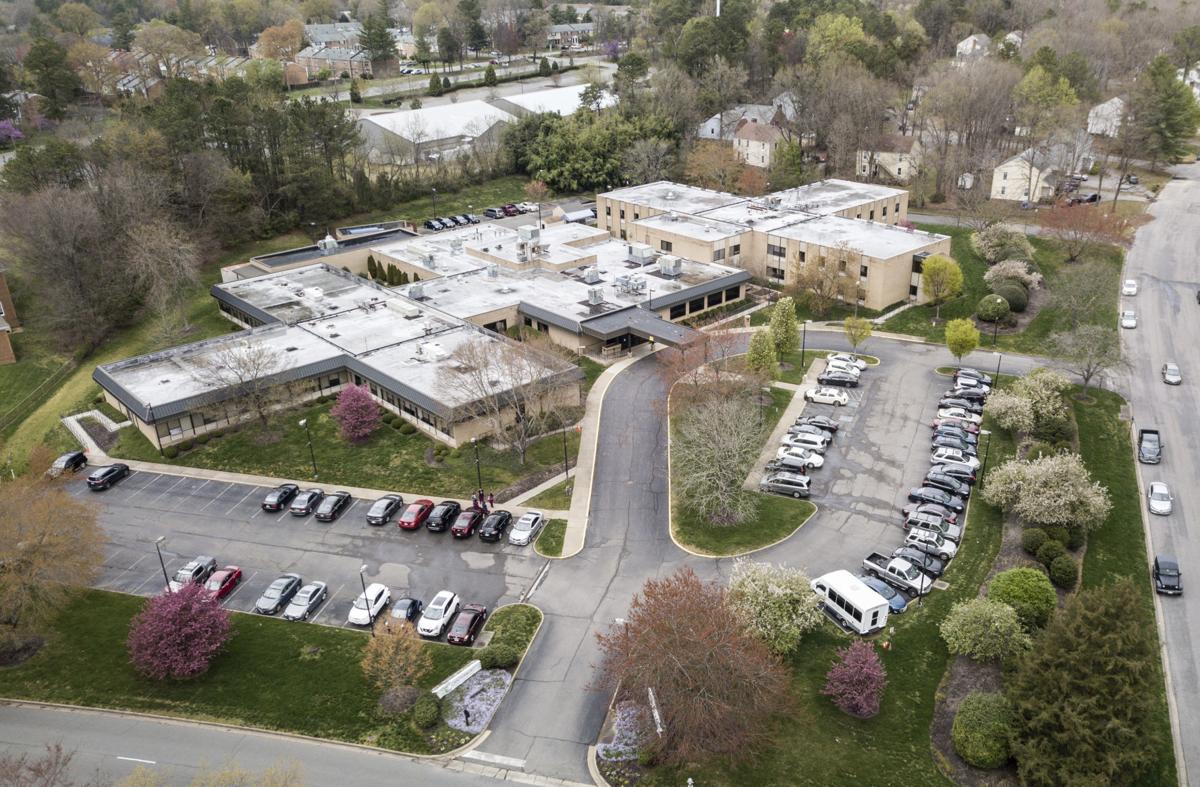 Canterbury Rehabilitation & Healthcare Center accounts for more than half of the confirmed COVID-19 cases in Henrico County.

RICHMOND, Va. - On a day when President Donald Trump declared a major disaster in Virginia, the number of deaths and COVID-19 cases soared at a Henrico County nursing facility at the epicenter of the coronavirus pandemic in the state.

Five more residents of Canterbury Rehabilitation & Healthcare Center have died of COVID-19, a disease that has led to a total of 16 deaths and infected 108 residents at the skilled nursing care facility in western Henrico.

The virus also caused the second death in a week in the Chesterfield Health District — a woman in her 40s — but state health department officials would not identify the locality in which she lived. The health district includes Chesterfield County, but also Colonial Heights and Powhatan County.

The latest deaths at Canterbury include one on Thursday at the skilled nursing facility and three on Wednesday, one in a local hospital and two others in the center’s “comfort care” unit for mortally ill residents who don’t want to go to the hospital. The fifth death was an 89-year-old man who died in a local hospital on Sunday.

Since the outbreak first swept the facility three weeks ago, 16 residents have died of COVID-19, the severe respiratory disease caused by the coronavirus, and an additional 92 have tested positive for the virus. Out of 164 residents who were in the center at the beginning of the outbreak, two-thirds have been infected, as well as 26 health care workers there.

Only 35 residents have tested negative for the virus.

“The more remarkable patients are the ones who don’t have it,” Dr. James Wright, the center’s medical director, said Thursday.

The surge in new cases came as the Virginia Department of Health reported Thursday that 1,706 people in Virginia had tested positive for COVID-19. That’s an increase of 222 cases from the 1,484 reported Wednesday.

The health department reported Thursday morning that the state was up to 41 deaths, an increase of seven from Wednesday. The state figure, which features a lag time, apparently does not include the newly reported deaths at Canterbury.

In a dramatic sign of the pandemic’s economic fallout, more than 14,000 people filed unemployment claims in the Richmond region last week — up 86% from the prior week.

Richmond, with three confirmed COVID-19 deaths, closed weekend access to James River Park, including the parking areas on Tredegar Street north of the river and Pony Pasture on the south bank, as well as popular entrances at the Pipeline downtown and West 21st Street in South Side. The restrictions take effect Saturday.

The huge jump in the number of positive cases at Canterbury stems from the decision by Henrico health officials to test everyone in the facility for the disease to better grasp who is carrying it. More than half of the current positive cases, 53, represent residents who show no symptoms of the illness, making it harder for health care workers to prevent the virus from spreading.

Dr. Danny Avula, director of the Henrico and Richmond Health Districts, said Thursday that his department is “encouraging” long-term care facilities to expand testing to include residents who don’t exhibit symptoms of the disease.

“We’ve basically got to act like every patient is positive, regardless of what their test says,” Avula said at a news conference with county officials in front of the county administration building.

However, the new test results allow Canterbury to manage the 35 residents who tested negative separately from those confirmed with the virus, whether they show the symptoms or not.

“You can’t fight what you can’t see,” Wright said, “so knowledge is key in this.”

Jeremiah Davis, an administrator at Canterbury, said in a statement on Thursday that the increase in positive cases was not surprising after the decision on Monday to test everyone in the facility.

“The medical community has acknowledged from the outset of the novel coronavirus pandemic that as testing volume increases, the number of positive COVID-19 cases will also increase,” Davis said. “And as more testing capacity comes available this is proving true, with diagnoses skyrocketing over the past week here in Virginia and nationwide.”

He added: “The findings at Canterbury are consistent with other recent mass testing studies. It is also believed that if mass testing were done at other facilities and in communities where there have been confirmed cases of COVID-19, large numbers of asymptomatic and mild cases of the virus would be found as well.”

Although the number of employees who tested positive soared from six to 26 this week, the center is allowing infected health care workers who have recovered from the virus to return to care for those who already tested positive for the disease.

“We’re not great with staff, but we’ve been able to maintain adequate staffing ratios,” Wright said.

Avula emphasized that the health department is discouraging direct-care employees at Canterbury from working at other nursing facilities to avoid potential spread of the disease, as occurred in dozens of nursing homes in King County, Washington after a lethal outbreak at the Life Care Center outside of Seattle resulted in at least 37 deaths.

Canterbury accounts for more than half of the 205 confirmed COVID-19 cases in Henrico, which has 41 nursing care facilities. “My message to the facilities is when we knock on your door, let us in,” Henrico County Manager John Vithoulkas said during the news conference. “When we call, pick up the phone.”

Vithoulkas expressed frustration with Canterbury’s management after the first deaths at the facility 10 days ago, but the county and nursing facility have worked closely since to address concerns about staffing, lack of protective gear and timely transport of residents to hospitals.

“We have respected their autonomy and offered them support,” he said.

Canterbury isn’t the only nursing home with potentially spreading clusters of the virus, Avula said. Health officials are monitoring conditions at six additional facilities in Henrico and Richmond. They have confirmed eight cases — seven residents and one employee — at The Virginia Home near Maymont park in Richmond; five, including four residents and one employee, at the Masonic Home of Virginia in eastern Henrico; and four residents of Beth Sholom Senior Living in western Henrico.

He said the department also is monitoring a “smattering” of potential cases at several other facilities he did not name.

The latest deaths at Canterbury are:

The Virginia Department of Health also reported Thursday morning that 17,589 had been tested for the virus in Virginia and 246 had been hospitalized.

Coronavirus cases have been confirmed in 100 of Virginia’s 133 cities and counties. Fairfax County has 19 percent of the cases with a total of 328.

The White House announced Thursday afternoon that Trump had approved a major disaster declaration for Virginia stemming from COVID-19.

Trump “ordered federal assistance to supplement commonwealth, tribal, and local recovery efforts in the areas affected” by the pandemic, “beginning on January 20, 2020, and continuing,” according to a news release from the White House.

Gov. Ralph Northam had requested the federal assistance on Monday. He noted in a news release that a major disaster declaration provides public assistance with the federal government picking up 75% of the cost.

The declaration will enable state agencies, local governments, and some nonprofits to purchase additional supplies and receive reimbursements for costs related to COVID-19. The declaration also authorizes federal agencies to provide direct emergency assistance to Virginia.

“We thank the federal government for moving quickly to approve Virginia’s request for a Major Disaster Declaration,” Northam said. “This critical funding will support our ongoing, statewide efforts to fight this virus in our commonwealth and keep Virginians safe.”

Pete Gaynor, administrator of the Federal Emergency Management Agency, named MaryAnn Tierney as the federal coordinating officer for U.S. recovery operations in the affected areas. Tierney leads the federal government’s response to presidentially declared disasters and emergencies in the Mid-Atlantic.

HCA Virginia, which runs seven regional hospitals, announced Thursday that staff members who have had a reduction in hours because many non-urgent surgeries and outpatient services have been canceled in response to the COVID-19 pandemic will either be redeployed within the health system or will receive 70% of their base pay for up to seven weeks.

A dozen Democratic members of the House of Delegates want more protections for Virginia schools and educators with schools closed for the rest of the academic year.

The delegates sent a letter to Northam on Thursday, encouraging him to work with school districts so employees are paid, even with schools shuttered, and they aren’t laid off or furloughed. They also want guarantees that school employees planning to retire this year receive their full retirement pay and benefits, and all school employees get paid leave, among other things.

“We recognize that this situation is changing rapidly and urge your administration to take additional measures to prioritize the safety of all public school employees and the students and communities that they serve and ensure that both school districts and school employees are not financially harmed as a result of COVID-19 closures,” the letter reads.

“He is committed to supporting teachers and students across the commonwealth, and will continue to make decisions in the best interest of Virginians,” Yarmosky said.

Photos: The latest scenes from the coronavirus pandemic in the U.S. and around the world

Malls, mail, and Zoom could help get your list into Santa's hands!

Canterbury Rehabilitation & Healthcare Center accounts for more than half of the confirmed COVID-19 cases in Henrico County.