Winslow Taylor could be forgiven a bad case of vacation-itis upon returning to his law practice Monday morning.

After all, who hasn’t dreaded going back to the office after a blissful week off?

But Taylor’s wistful daydreaming—compounded by a fresh case of sunburn—was more than simply dreading the drudgery that comes with unopened email and voicemails.

That’s because he was a key part of a fishing-boat crew that landed a 54.1-pound dolphinfish—mahi mahi on the menu—worth a cool $527,000 in last week’s Big Rock Blue Marlin Tournament at Morehead City.

“That’s a pretty good week,” said Taylor in what might be the understatement of the century. “It’d take that for lawyering, too.”

Big Rock is a big deal

The Big Rock tournament, in case you’re unfamiliar with sport fishing, is a big deal. A very big deal, in fact.

It’s a six-day extravaganza with a record $5.8 million purse, prize money spread among 10 categories open to anyone from weekend warriors to professional guides and paid crews.

Sponsors contribute some of that money, of course. But the pot also swelled with the entry fees from 266 boats ranging from $1,000 to $20,000 per category.

Crews try to land the tournament namesake blue marlin, of course. They also go after white marlin and sailfish.

The first blue marlin of the week that weighed over 500 pounds—a 572.6 pounder caught by a boat from Virginia Beach—fetched $777,000. That boat, the Mercenaria, won the tournament’s top prize of $3.5 million.

For Taylor and the crew aboard the Carolina Time, hooking the week’s heaviest dolphinfish paid off big, too.

“That’s the thing,” Taylor said. “You can catch a ton of dolphin over the week. But it’s a crapshoot, a lottery really, to catch the biggest one. Nobody’s going to be disappointed.”

(A dolphin, according to the National Marine Sanctuary, is a mammal and therefore different from the tasty dolphinfish commonly ordered under the nom de dinner ‘mahi mahi.’ Who’d want to eat Flipper?)

Over the course of the tournament, a crew can choose from four of its six days to fish. Naturally, a lot of that decision is based on weather and the conditions on the ocean as boats that can exceed 60-feet in length will cruise 60 miles offshore.

Not that Taylor knows exactly how far out the Carolina Time was or where exactly they hooked that half-million dollar trophy.

His job in what amounts to being the first mate was to be in charge of all things fishing. Taylor hooks the fish before handing the rod over to an angler who fights it for an hour or more before a mate pulls the fish into the boat.

“The captain drives the boat. He’s facing the front,” Taylor said. “I’m facing the back trying not to screw up.”

The prize dolphinfish was landed Thursday June 16. The crew had hooked a smaller dolphinfish and a much larger one swam close to the boat.

“You could see it was big,” Taylor said. “I just threw the bait in the water and he bit.”

As you might expect, this wasn’t Taylor’s first trophy; the 39-year-old fisherman is no novice.

After graduating from the UNC Chapel Hill in 2006, he worked as a crew member on fishing boats, a guide and sometimes would hire on to help move boats from port to port.

“I was terrified of an office job after I got out of college,” he said. “I thought you went into an office and came out when you were 80 years old. I know now that’s not how it works.”

After a few years, when the time was right, Taylor went to law school at Wake Forest. He’s settled down now, a husband and a father who practices civil law in Winston-Salem.

Still, the love of the sea never left.

So when a friend from his previous life, Captain Jay Blount of the Carolina Time, asked if he wanted to work this year’s Big Rock tournament, the answer was obvious.

“For me, with my background, I’d be getting paid to fish,” Taylor said. “Even if I lose (the tournament) I still make money.”

Different crews do things in different ways. Some split evenly expenses and winnings. The owners of other boats might choose to cover the costs themselves, hire hands and keep the lion’s share of the winnings.

So it was for Taylor, full time lawyer and part-time fisherman. A hired gun, he estimates his cut of the prize to be about 7%—$36,890 before taxes.

Not too shabby. Even if it cost him a sunburn.

As for the big money dolphinfish, after the crew posed with it, dinner was served not long after learning Saturday that it was indeed the week’s largest.

“It was delicious. The most expensive mahi I’ve ever had.”

Gov. Glenn Youngkin will sign a pair of state budgets ceremonially on Tuesday at a produce market in western Henrico County, ending a sometimes combative six-month showdown with the General Assembly over taxes and spending priorities.

A cave-in inside of a Giles County, Va., mine killed one man Monday afternoon and injured another worker, according to the county’s emergency …

A Jewish math professor lost his job at UVa following his efforts to integrate barbershops in the 1960s.

'It's not enough': Youngkin signs budgets, says he wants more

Gov. Glenn Youngkin launched a new campaign on Tuesday to get everything he wanted but didn't get in the new state budget he just signed.

One of four escaped inmates who walked away from a federal prison satellite camp in Hopewell has turned himself in, authorities said Monday.

Two more inmates who walked away from a minimum security satellite camp at the Federal Correctional Complex Petersburg surrendered early Tuesday to the staff of the facility where they were housed. Only one of four inmates who escaped Friday is still at large.

There have been 156 cases identified in the United States, but no deaths have been reported. 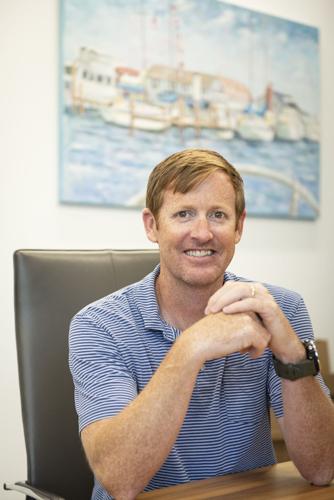 Local lawyer Winslow Taylor was on the winning team that caught a nearly 55-pound dolphinfish in the Big Rock Blue Marlin Tournament in Morehead City. 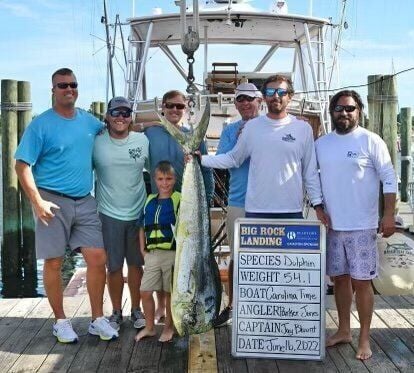