A 19-year-old cold case involving the murders of Michael and Mary Short and their daughter, Jennifer, is being re-opened — but only with new personnel, not new information.

Henry County Sheriff Lane Perry called a press conference Thursday morning at his office to announce a new multi-agency task force that will review the case and look for new leads.

“This has always been an ongoing investigation,” said Perry.

But with almost two decades since Michael and Mary Short were found dead of gunshot wounds in their Oak Level home and the remains of their 9-year-old daughter were found over a month later in Rockingham County, N.C., also determined to have been shot to death. No charges ever have been filed.

Henry County investigators traveled to Inuvik, North West Territories in Canada, in October 2002 and returned with Garrison S. Bowman of Mayodan, N.C., who had been charged with immigration violations, and although he was named a person of interest, he was never named as a suspect and no charges against him ever were filed.

Jennifer Short’s remains were found 1.5 miles from Bowman’s rented trailer in Mayodan, and he left the property the day after the Short murders took place.

Bowman eventually moved to the western part of the U.S. to live near family and died several years ago.

Most of the investigators originally assigned to the case have either retired or are no longer in law enforcement.

The task force will be bringing new investigators up to speed with the case and will look for information that may lead to a suspect, a release from the Sheriff’s office stated. They will review the case in its entirety and will include the physical evidence to determine if advancements in forensic technology may be able to develop a suspect.

“As people have retired and the years have continued on, we wanted to put a new set of people on the case,” said Perry. “The task force has formed as they have started working on the case.”

“We have investigators assigned, right now, to follow any and every lead that comes in in reference to this case,” Perry said. “We’ve wanted to do this for some time.”

Perry said there are people with whom they have talked over the years whom they believe know additional information related to the murders and have not been forthcoming with the details, and it is their hope that someone in the public who has information will provide it to them and help them solve the case.

“We encourage people to come forward with that information, no matter how small it may seem,” the release stated.

A reward of $62,500 still remains available for information leading to the arrest and conviction of anyone involved in the crime.

Henry County's fire marshal is investigating what caused the house on Virginia Avenue where Michael and Mary Short died burned early Wednesday. Their daughter Jennifer was found dead in Madison, N.C., in 2002 in a murder that remains unsolved.

The Short family murders case will receive national exposure again this weekend, as a deadline in the case approaches.

The omicron variant: UVA immunologist explains what you need to know

Dr. William A. Petri, an immunologist at the University of Virginia School of Medicine, answers this week’s questions from readers on COVID-19. Dr. Petri will keep dishing on COVID-19 and answering your questions each week in The Daily Progress for as long as you have questions. Send them to Editor Lynne Anderson at: vanderson@dailyprogress.com, and she will forward them to Dr. Petri.

Roanoke will be one of the first cities in Virginia to institute the measure.

With a Republican soon to take over the Executive Mansion, the National Rifle Association is seeking to remove a prominent gun control advocate from the state’s crime board.

Gov. Ralph Northam issued an executive order Thursday to improve how the state receives and evaluates input from tribal nations when mulling permits related to environmental, historic or cultural resources.

Hedge fund Alden Global Capital has made an offer to acquire Lee Enterprises, which counts the Richmond Times-Dispatch, The Roanoke Times, The…

Embezzlement and computer trespass charges have been dismissed against a retired Virginia Department of Taxation finance manager accused of stealing nearly $1.3 million in public funds after a Richmond judge learned the defendant committed suicide. This poster stands at the entrance way to the Henry County Sheriff’s Office. 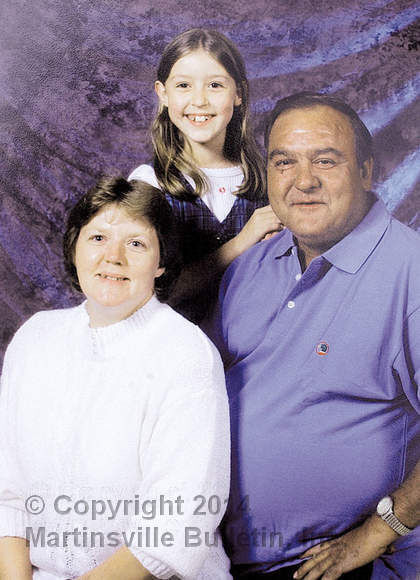 Mary and Michael Short are shown with their daughter Jennifer in a family photo. They all were shot to death in 2002, and no one has been charged in the homicides.