A wildfire at Pilot Mountain State Park in North Carolina's Surry and Yadkin counties grew to about 500 acres by midday Monday. It is expected to cover as many as 900 acres with controlled burns aimed at creating breaks in the blaze to keep it from spreading beyond a perimeter established by firefighters, an N.C. Forest Service spokesman told the Winston-Salem Journal on Monday evening.

“It has been increasing throughout the day,” said Jimmy Holt, forest service ranger for Guilford County, in an interview at the foot of the smoke-shrouded mountain.  “We have good, solid containment lines around the base of the mountain. That’s where we’re going to hold it at and catch it. “

No buildings within the park, including the visitor center, are threatened, he added.

“We’ve taken measures to triage those structures to create good, defensible space on those,” Holt said.

Holt reiterated earlier reports that the fire, which started Saturday near the park’s Grindstone Trail, was “human caused in some form.” Law enforcement officers will investigate in an effort to pinpoint what sparked the blaze, he added.

Eighty to 90 firefighters were battling the fire Monday, he said. All parts of the park remain closed.

Clouds of smoke, turned orange by the setting sun, hung over the Winston-Salem skyline Monday evening. Forsyth County officials urged residents not to call 911 to report smoke in the area — unless flames were visible.

Dry, breezy conditions that helped fuel the blaze over the weekend continued Monday, prompting the National Weather Service’s Raleigh office to issue an advisory discouraging outdoor burning in much of central and eastern North Carolina.

North Carolina officials issued a statewide outdoor burning ban effective at 5 p.m. Monday, citing the dry conditions that are prevailing in the state.

The National Weather Service said that relative humidity would fall into the 25% to 35% range late Tuesday morning through early Tuesday evening, and that winds could gust up to 20 to 25 miles per hour during the same period, leading to an increased risk of dangerous fire growth.

John Deem, jdeem@wsjournal.com, covers climate change and the environment in the Triad and Northwest North Carolina. His work is funded by a grant from the 1Earth Fund and the Z. Smith Reynolds Foundation.

Technician dies while working on escalator at Virginia mall

Virginians with no symptoms should avoid using up the state's strained supply of COVID-19 tests, Gov. Glenn Youngkin said Thursday, as the state works to refocus its supply of tests to hospitals, nursing homes and schools.

Family of UVa student who died after being taken hostage by North Korea to receive $240,300 in seized bank funds

RICHMOND — Two Richmond residents living near the site where a statue of Confederate Gen. Robert E. Lee stood for more than a century have asked the U.S. Supreme Court to overturn a ruling by the Supreme Court of Virginia that let state officials remove the towering monument.

A serial sexual assailant who accosted or attacked seven young women in the Fan District between 2015 and 2018 was sentenced to serve 87 years in prison Thursday. The punishment will be served consecutively to a 127-year prison term the Colonial Heights man received last summer for sexually assaulting three other women.

A group of Chesapeake parents filed a lawsuit against Gov. Glenn Youngkin Tuesday, arguing that an executive order that scrapped the statewide school mask mandate, and gave parents an opt-out from local mandates, thwarts state law.

A bill filed in the Virginia House of Delegates this week would ban abortions after 20 weeks of gestation except in cases where the pregnant woman is at risk of death or "substantial and irreversible" damage to her health.

The Virginia legislature's only medical doctor supported a bill on Thursday aimed at encouraging health care providers to be allowed to prescribe drugs to treat COVID-19 that have not been approved by the U.S. Food and Drug Administration for that purpose.

Partisan debate erupts in Va. Senate over Miyares' firing of 30 in AG's office

Partisan debate unfolded Tuesday in the state Senate over Attorney General Jason Miyares’ firing of 30 staffers in the office after a Democratic senator said the short notice was unprofessional and caused confusion. 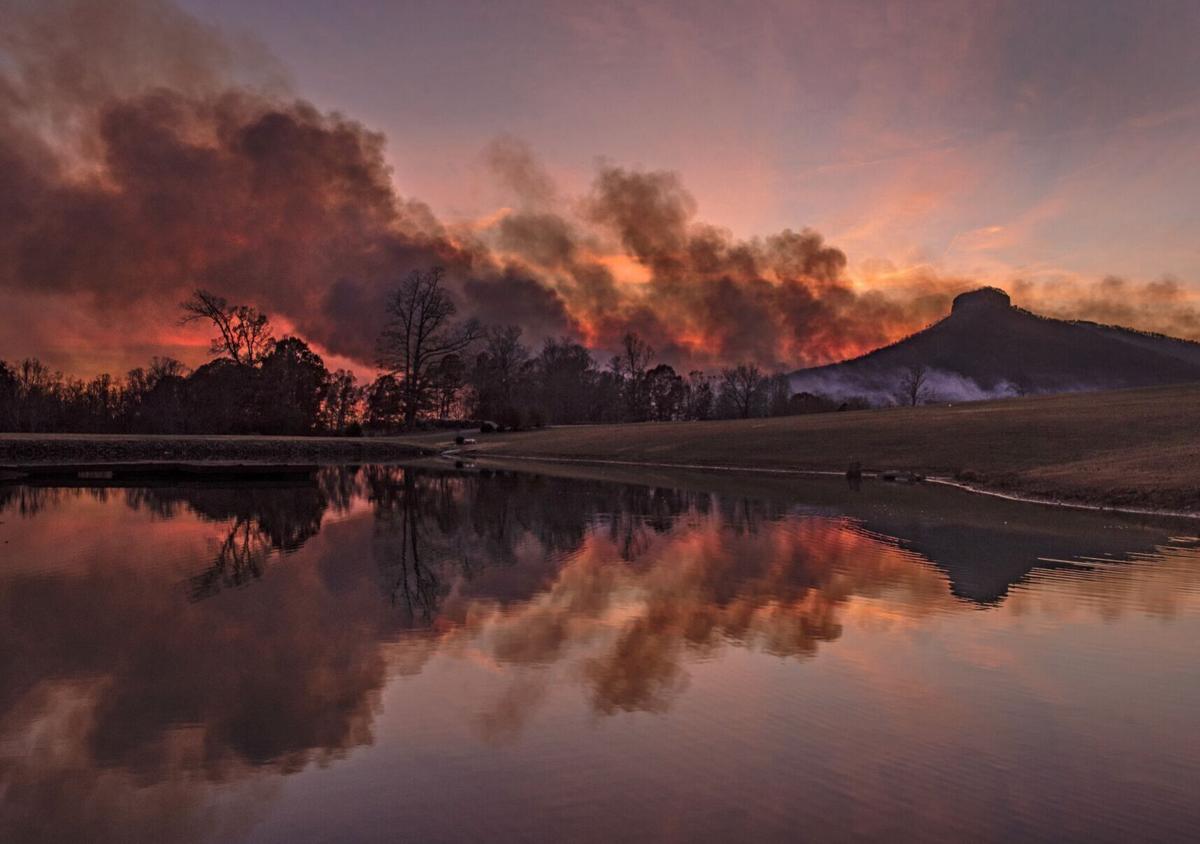 Smoke from the Pilot Mountain State Park wildfire is reflected in a private pond east of the park at sunset on Monday. The fire, which was reported to have started Saturday night, has burned more than 500 acres as of Monday night and is expected to burn 900 acres as foresters set back fires to protect houses below the mountain.