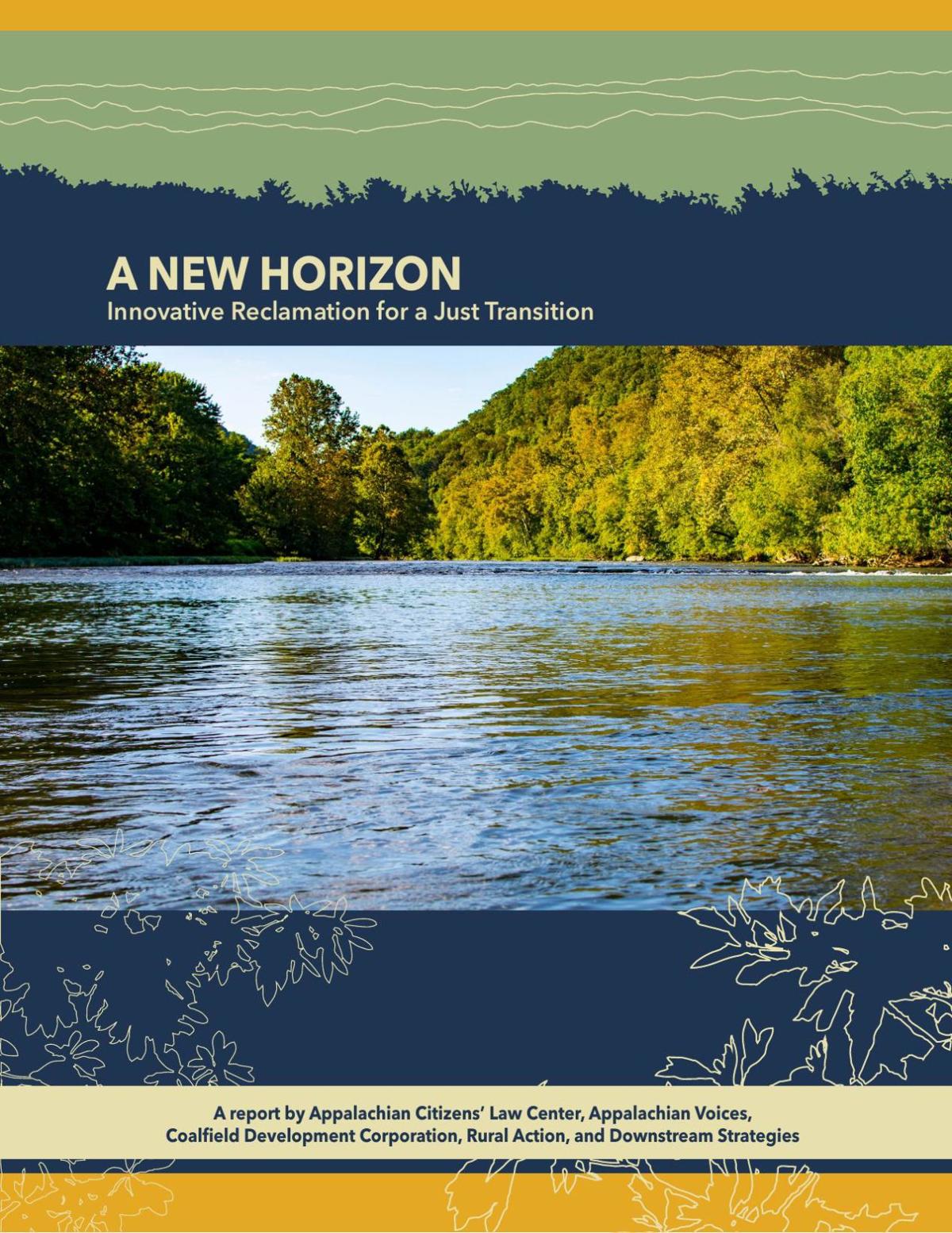 » An interactive map is available at ReclaimingAppalachia.org.

A newly released report suggests that former coal sites could play a critical role in future economic development across Central Appalachia, including in Southwest Virginia.

A coalition of advocacy groups is working to support proposals for innovative reclamation projects in coalfield communities throughout the region, many of which are grappling with how to grow their economies in the face of a declining coal industry that has also left behind abandoned mine properties. These old coal sites could be promising locations for redevelopment in support of sectors like outdoor recreation, recycling, waste management, technology and renewable energy, according to a report released Thursday by the Reclaiming Appalachia Coalition.

The coalition highlighted 19 projects across Virginia, Ohio, Kentucky and West Virginia in its second annual report, “A New Horizon: Innovative Reclamation for a Just Transition.” The coalition offers technical assistance to government entities and community groups with planning projects and securing necessary funding.

The report featured nine Virginia-based projects, ranging from initiatives that previously received government grants to unfunded conceptual proposals. The Trammel community in Dickenson County, for example, is the focus of one project that already has about $1 million in block grant funding from the Virginia Department of Housing and Community Development, and the report noted that it could receive federal funds for abandoned mine properties.

Trammel started out as a small coal camp of about 100 houses in 1918. Nowadays, it has 55 houses, and only 38 of them are habitable, according to the report. Many have structural challenges and outdated wiring and pose health and safety issues. A phased project will involve rehabilitating and reconstructing homes, demolishing blighted buildings and improving local infrastructure.

The Trammel redevelopment project could result in $2.7 million in “immediate economic activity,” about $800,000 in earnings for employees and support over 17 jobs, according to economic modeling cited in the report.

Given the community’s proximity to features like an open mine portal, there is also an opportunity to apply for abandoned mine land remediation funding, the report states.

Many of the projects were or could be funded with grants through the Abandoned Mine Land (AML) Pilot Program, a federal program supporting economic and community development on former mining properties. Congress first appropriated funds for the program in fiscal year 2016 and has distributed millions to states for the program. So far, Virginia has been awarded $20 million through the program to projects on abandoned mine sites and will receive an additional $10 million for a new slate of projects.

The state received 19 AML Pilot Program applications for the next round of funding, Tarah Kesterson, a spokeswoman for the Virginia Department of Mines, Minerals and Energy, wrote in an email Friday.

The submission deadline was Thursday. All of the funding applications will now go through a process to determine eligibility and will still be reviewed by an advisory council and the federal Office of Surface Mining Reclamation and Enforcement, Kesterson said.

The AML Pilot Program funds were previously awarded to initiatives like a large-scale solar project in the Lonesome Pine Regional Business and Technology Park in Wise County and building trails near the Dante community in Russell County.

But some uncertainty surrounds future federal funding for reclaiming and redeveloping abandoned mine properties. The AML Pilot Program depends on appropriations and a separate but similar program called the Abandoned Mine Land Reclamation (AML) Program is supported with a per-ton fee on coal production that is set to expire in 2021. The AML program was established to protect public health and safety by supporting the reclamation of coal mines abandoned before 1977, the year Congress enacted environmental regulations for mining operations.

“One thing is for certain — though funding streams may change, the idea and the need for a restoration economy is not going away,” said Joey James, a senior strategist at Downstream Strategies, a West Virginia-based consulting firm that’s part of the Reclaiming Appalachia Coalition. James spoke during a webinar Thursday, providing an overview of the new report.

In total, the coalition estimates it has assisted groups with obtaining $15.8 million in Abandoned Mine Land Pilot funds and federal brownfields funding, in addition to leveraging $11.4 million in additional funds.

Besides profiling different projects in hopes they could serve as examples to communities throughout the region seeking to redevelop former coal sites, the coalition’s report laid out several principles that it wants to guide reclamation efforts, like inclusive public engagement and environmental sustainability.

But even with increasing interest in redeveloping abandoned mine sites, coalition leaders caution that it can take years to implement a project.

“Even after the ‘giant check moment,’ as we call it, there’s still about a year of environmental review and planning that has to occur before even the beginning of the construction can start, so it’s a relatively slow process,” said Adam Wells, regional director of community and economic development for Appalachian Voices, which is also a part of the coalition.

And as Virginia sees more “giant check moments” and the state’s first pilot program projects are completed, advocates also say the effectiveness of the initiatives will need to be assessed.

“Because the AML Pilot program is funded through the general treasury, we have an obligation to taxpayers to demonstrate that the program is having the intended impact — to spur lasting economic redevelopment while addressing legacy mining impacts,” the report’s conclusion states.