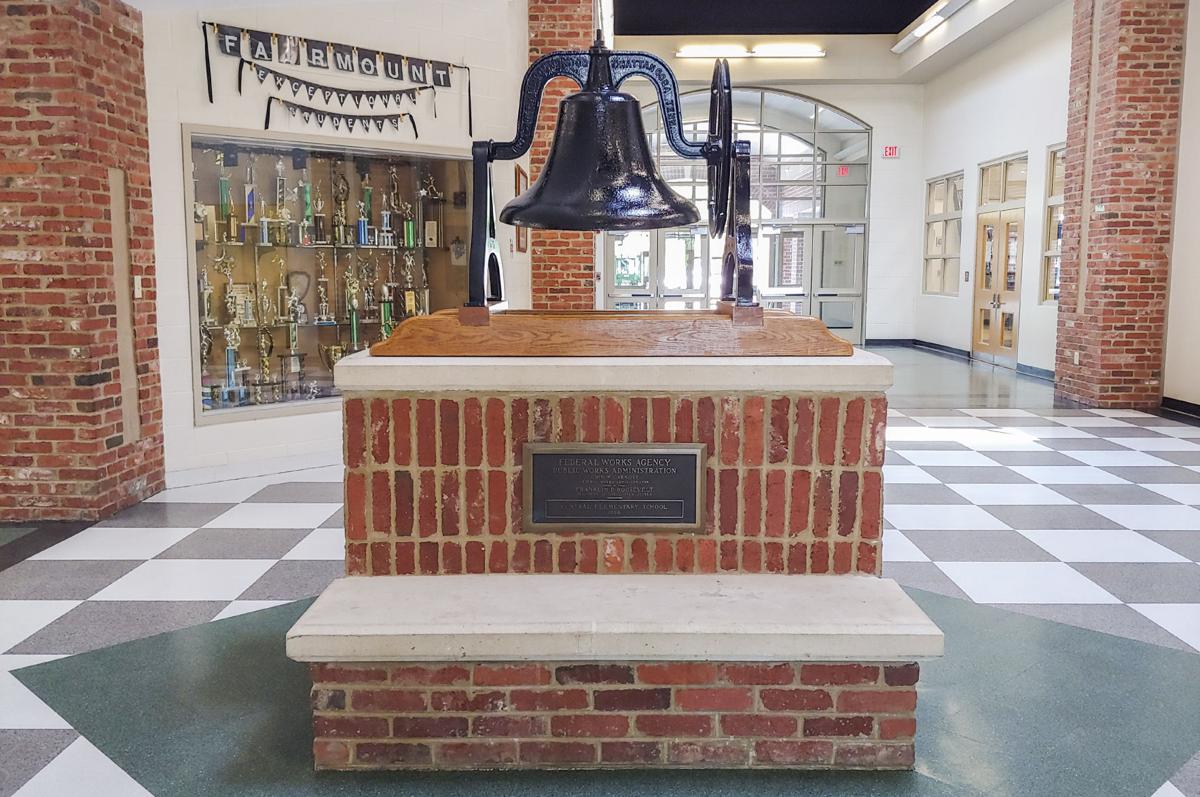 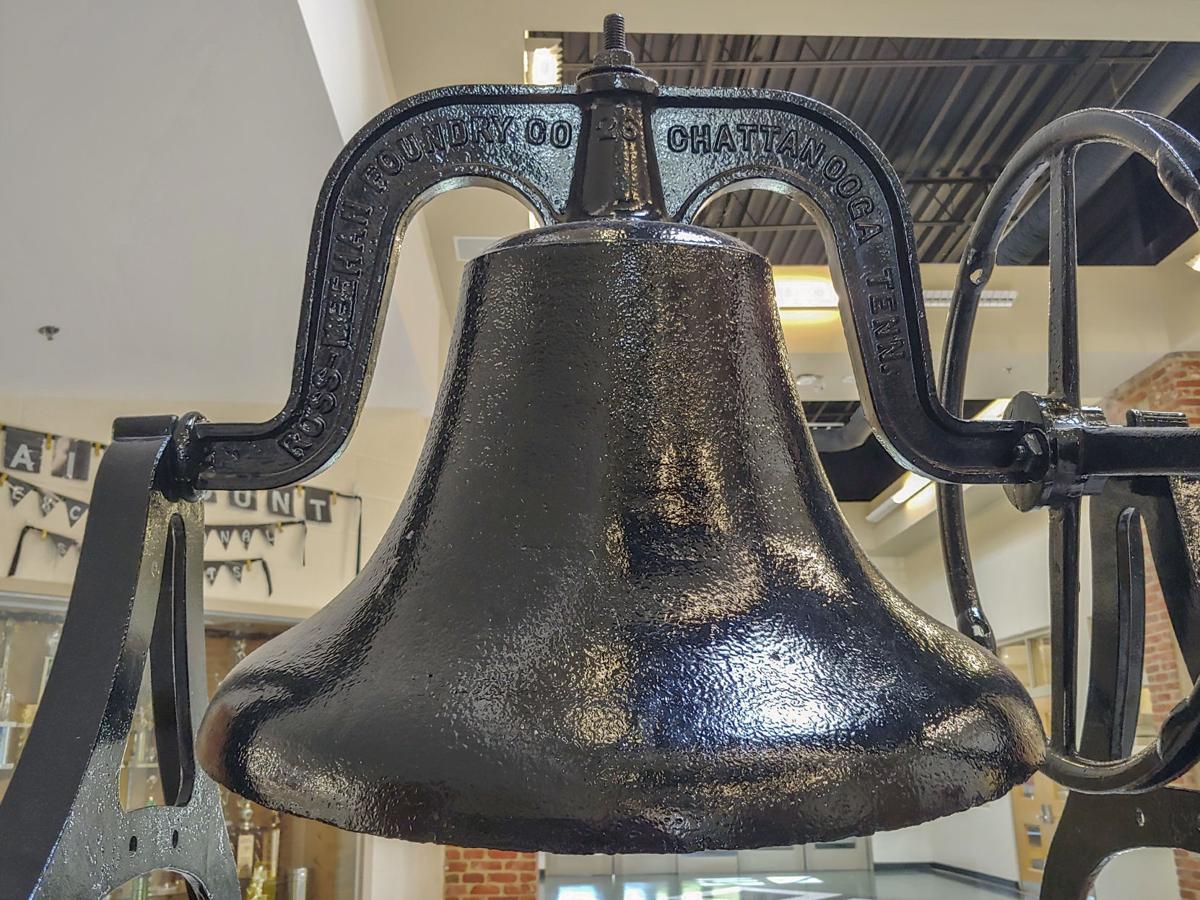 Pieces of the Past is a weekly history column that takes a look at previous stories covered by the Bristol Herald Courier. We are always interested in hearing reader response. If you know anything more about the stories covered in Pieces in the Past or have an idea for a future column, email the columnists at rsorrell@bristolnews.com or djmathews@bristolnews.com. Follow Dalena and Robert on Twitter at @dalenamathews and @RSorrellBHC.

The dulcet tones of steel bells used to signal the start of the school day for many area residents, including Bristol, Tennessee’s John Woods.

Woods emailed us recently to ask about the location of some of the region’s original school bells. He attended the Haynesfield Elementary School as a child and wondered what happened to the building’s bell.

“I still remember the bell that rang for the start of the school days,” he wrote. “Where might that bell be today?”

Woods also asked about the bell that once hung in Central Elementary School’s belfry. His daughter was a student there, and he was curious what happened to the bell after the school was demolished.

While the fate of the bell at Haynesfield Elementary is largely unknown, Bristol Tennessee City Schools Supervisor of Facilities and Maintenance Ed DePew was able to tell us the location of the bell that used to hang in the Central Elementary School.

Central Elementary students were welcomed to class by a steel bell crafted in Chattanooga, Tennessee, as part of a Public Works Administration project during the Great Depression.

When Central Elementary closed in 2009, the bell was transferred to a new home as a central point of Fairmount Elementary School. A plaque that hangs below the bell states it was dedicated in 1939.

Principal Kelli Campbell said the bell is still an integral part of the school although it isn’t used to alert students to the start and end of class.

“Students love to sit around the bell, especially during the mornings and at lunch,” she said. “It’s a focal point of our community.”

When the original Central school building was under construction in the 1890s some students attended class at Burson’s Chapel. The chapel was home to the historic Burson Bell, and the bell was used to usher students into school each morning.

The Burson Bell has changed hands several times throughout the years, but is now hanging in the belfry of Community Baptist Church, according to Tim Buchanan, a historian with the Bristol Historical Association.

The school bell that once hung in Rye Cove High School is now part of a memorial honoring those killed in a deadly 1929 cyclone that was part of the deadliest tornado outbreak in Virginia. It is one of the only remaining pieces of the school after the twister tore through the building.

Another bell has hung in the same place for more than a century along the winding roads of Russell County. The school bell at the former Elk Garden School is still a focal point of the community.

The school was built in 1916 and is the oldest school building still standing in the county. After the school closed in 2013, it was transformed into the Elk Garden School Community Ministry.

Brooke Atchley, who works with the ministry, said the bell is accessible and is still used from time to time.

Do you know of any other school bells in the area? If so, we’d love to hear about them, their history and where they ended up.

Thousands of Navajo Nation homes without plumbing amid virus 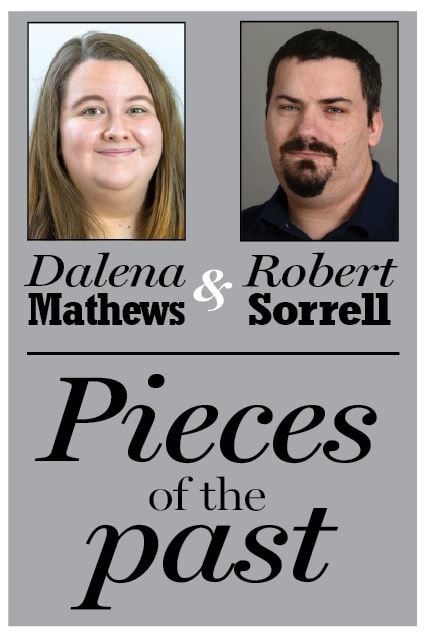