» What: Community kickoff and opening of Abingdon Urban Pathway 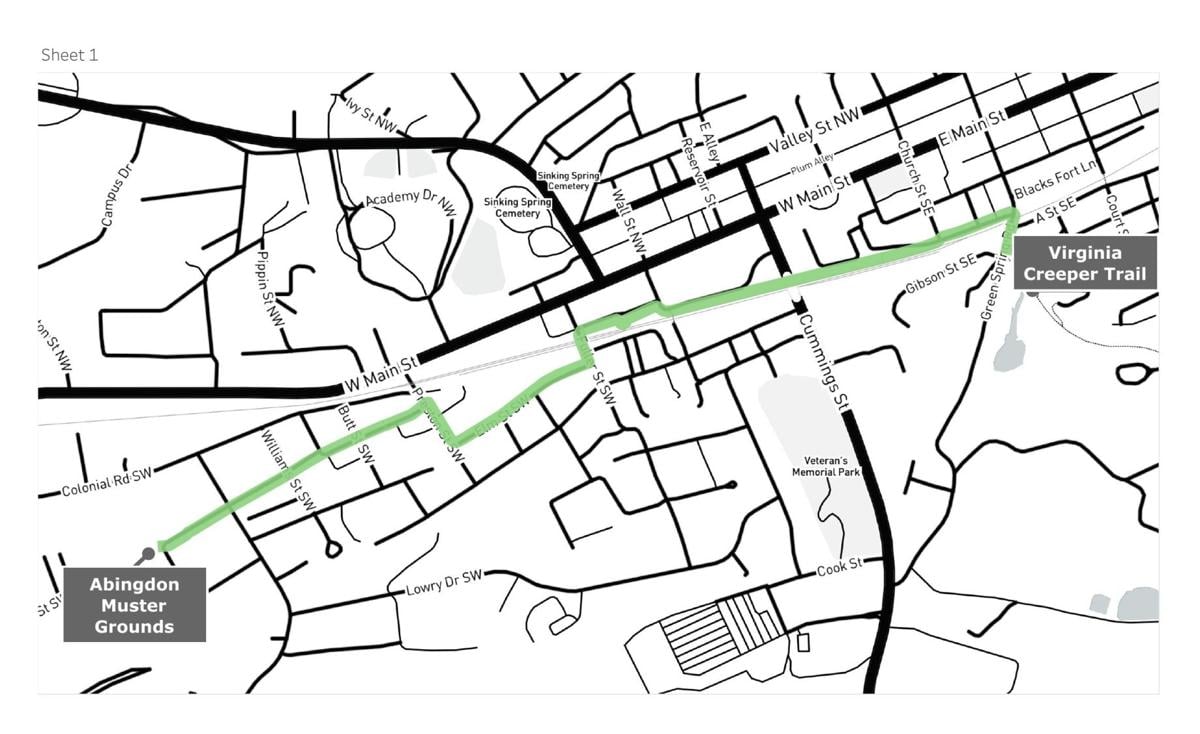 ABINGDON, Va. — A new recreational trail in Abingdon is allowing people to walk or bike from one end of town to the other, reducing traffic congestion while promoting good health, according to Abingdon Mayor Wayne Craig.

Abingdon Urban Pathway is a series of paths and sidewalks that weave 1.625 miles through the downtown district, running from Abingdon Muster Grounds to Tanner Street near the Abingdon Fire Department. The mixed-use route allows easy access for pedestrians and bicyclists to get from neighborhoods to downtown eateries and shops.

The pathway will give residents the freedom to function without a car, making it possible to get almost anywhere in town without hitting a major traffic artery. The pathway can be accessed anywhere along the route where parking is available.

Eighty percent of the $727,000 project has been funded through a transportation enhancement program from the Virginia Department of Transportation. The town provided a 20 percent match.

Craig said the Urban Pathway has been more than five years in the making and would not have been possible without the town’s commitment and cooperation of property owners along the route.

“There’s no path that I’ve ever experienced where you can walk or bike and access any point in downtown within a block or two. That’s unique in my experience,” said Craig.

“You can spend the whole day on the trail — shopping at the farmers market and stores downtown, eating at restaurants and attending events.

“It’s a safe place for pedestrians and bicyclists, and it’s especially good for families with children and strollers,” the mayor said. “It’s a wonderful opportunity for the town.”

Signs will be placed along the route to mark the pathway. Ballad Health will sponsor a water bottle fill station near the head of the Virginia Creeper Trail that will be installed this spring. Signs along the trail will offer heart-healthy tips on the benefits of exercise.

Tonya Triplett, community development coordinator for the town, described the route as a great way for the community and tourists to see the town while also using their surroundings to get fit.

Triplett said pathway users can start at a bricked section at the head of the Creeper Trail, adjacent to A Likely Yarn store. From there, the route turns to a gravel section behind the Martha Washington Inn, the Barter Theatre administrative offices and the Abingdon Farmers Market. A wooden boardwalk runs from the farmers market to Depot Square, followed by a brick sidewalk to the end of the street. After crossing over the railroad tracks, pathway users can travel on Elm Street, turning the corner to Hagy Street, which leads directly to the Muster Grounds.

Currently, the pathway ends at the Creeper Trail, but eventually it will extend from Park Street to Tanner Street.

The town will celebrate the opening of the Abingdon Urban Pathway with a free community kickoff event from 11 a.m. to 2 p.m. Friday at the Abingdon Market Pavilion on Remsburg Drive.

Craig will welcome guests and steer a question-and-answer session.

The Market Pavilion is on the Urban Pathway, and guests attending the kickoff event will be among the first to walk the path. Guided tours will be offered beginning at noon.

During the kickoff, Food City will have free giveaways. Ballad Health will offer blood pressure checks, free health screenings and giveaways. Door prize drawings will be held from noon to 1 pm.

The event also will kick off the Urban Pathway Corporate Challenge, co-sponsored by Ballad Health, Food City, the town of Abingdon, Abingdon Main Street and Washington County Chamber of Commerce.

According to Triplett, the goal of the challenge is to introduce the pathway to the community, as well as promote healthy practices among residents.

The challenge encourages local businesses of all sizes to participate and challenge their employees to walk.

“The challenge is for everyone. Individuals can come together as groups to form teams,” Triplett said. “The mileage collected does not have to be only on the Urban Pathway. It can be on the Creeper Trail or even at home on the treadmill.”

Each participant keeps track of his or her miles during the three-month challenge from April 15 through July 15. Triplett suggested each team assign a leader to document group mileage.

“We’ll take an average of all the miles reported to make it an even playing field for all of the participants,” she said.

The winner of the Abingdon Corporate Challenge Trophy will be announced at the July Chamber breakfast meeting. The trophy will be moved from one corporation to another for subsequent challenge events.

Germany's Rostock Zoo has announced the recent birth of polar bear twins and showed how proud mother "Sizzel" tending to her offspring. 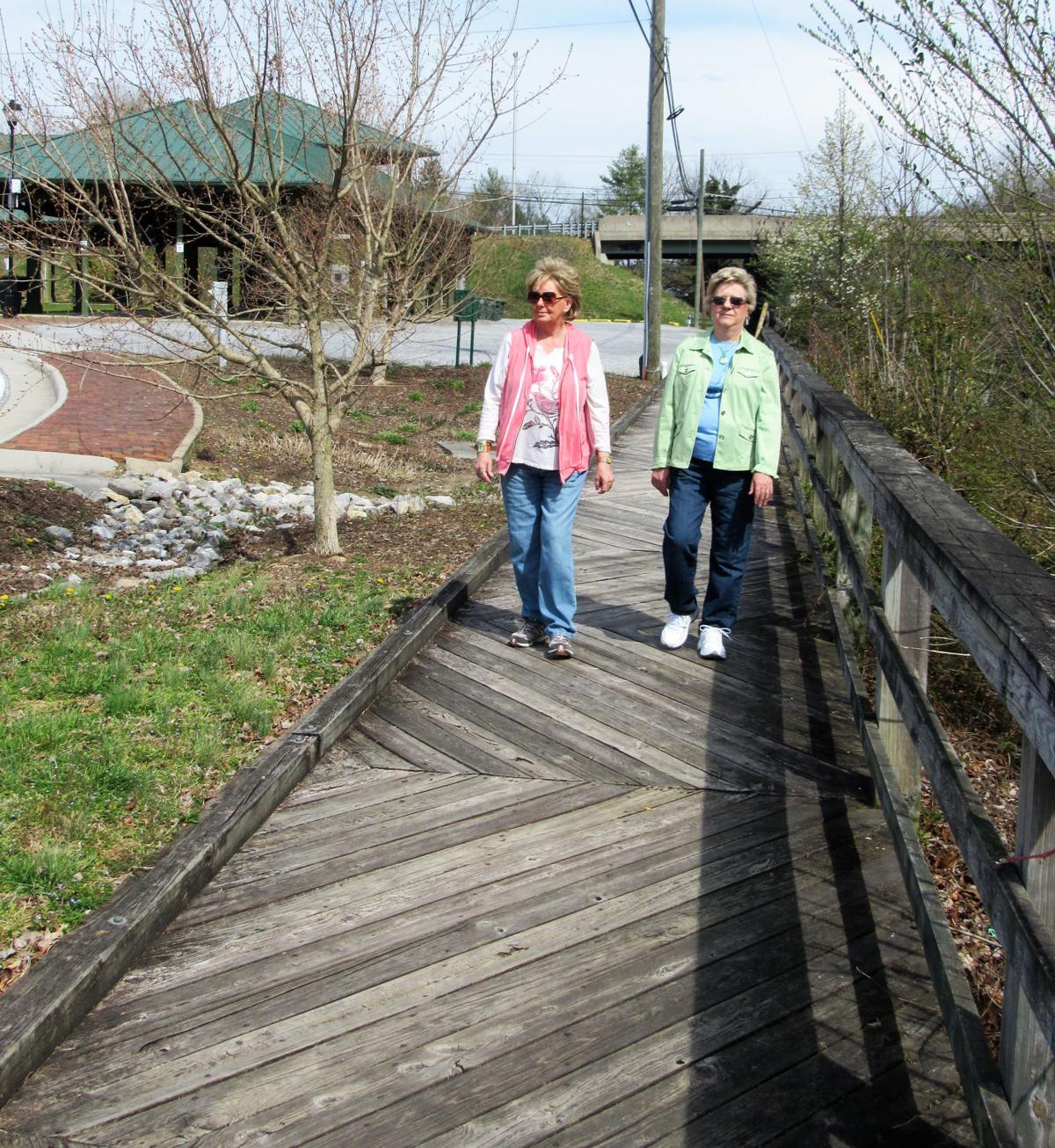 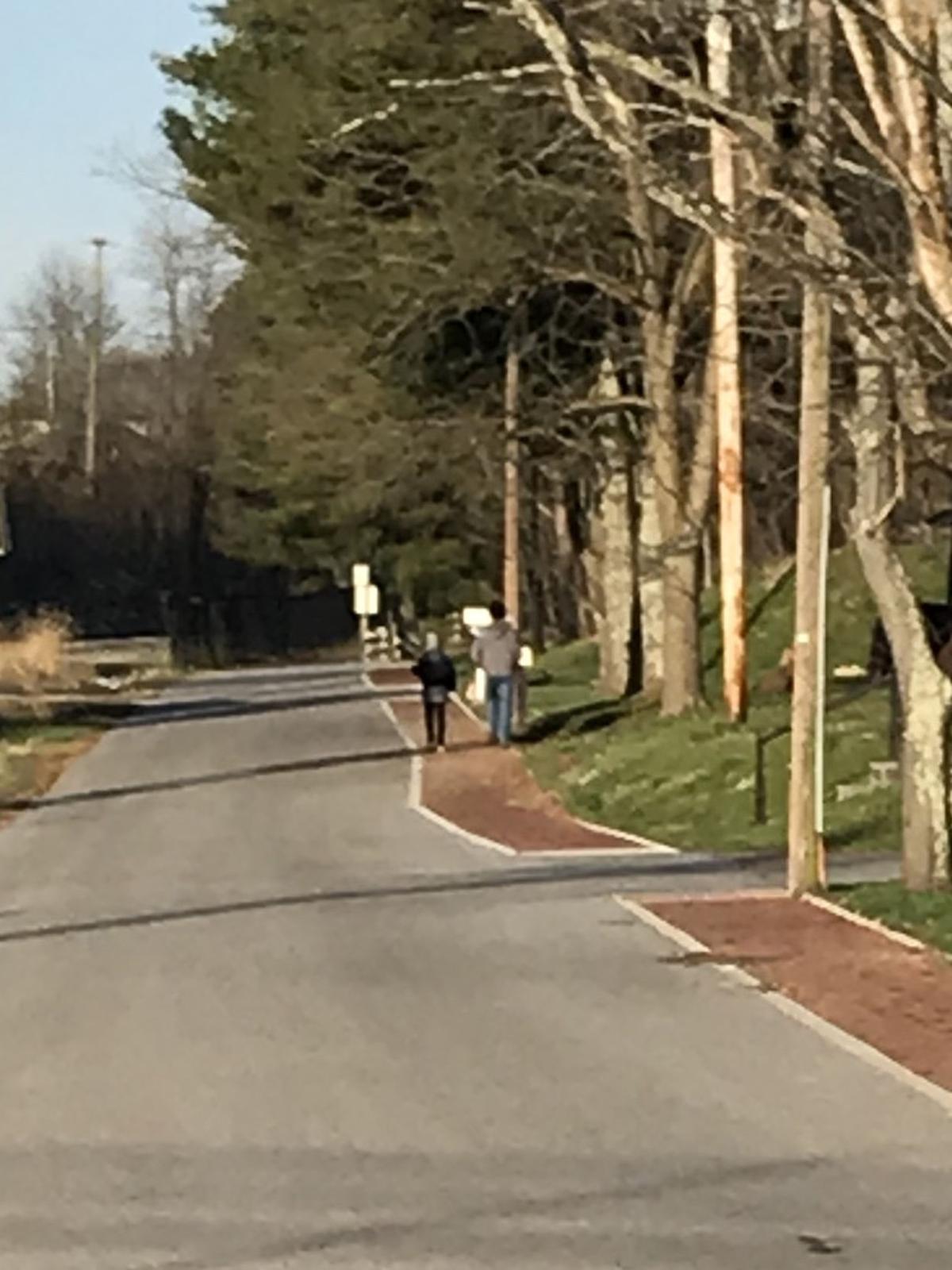 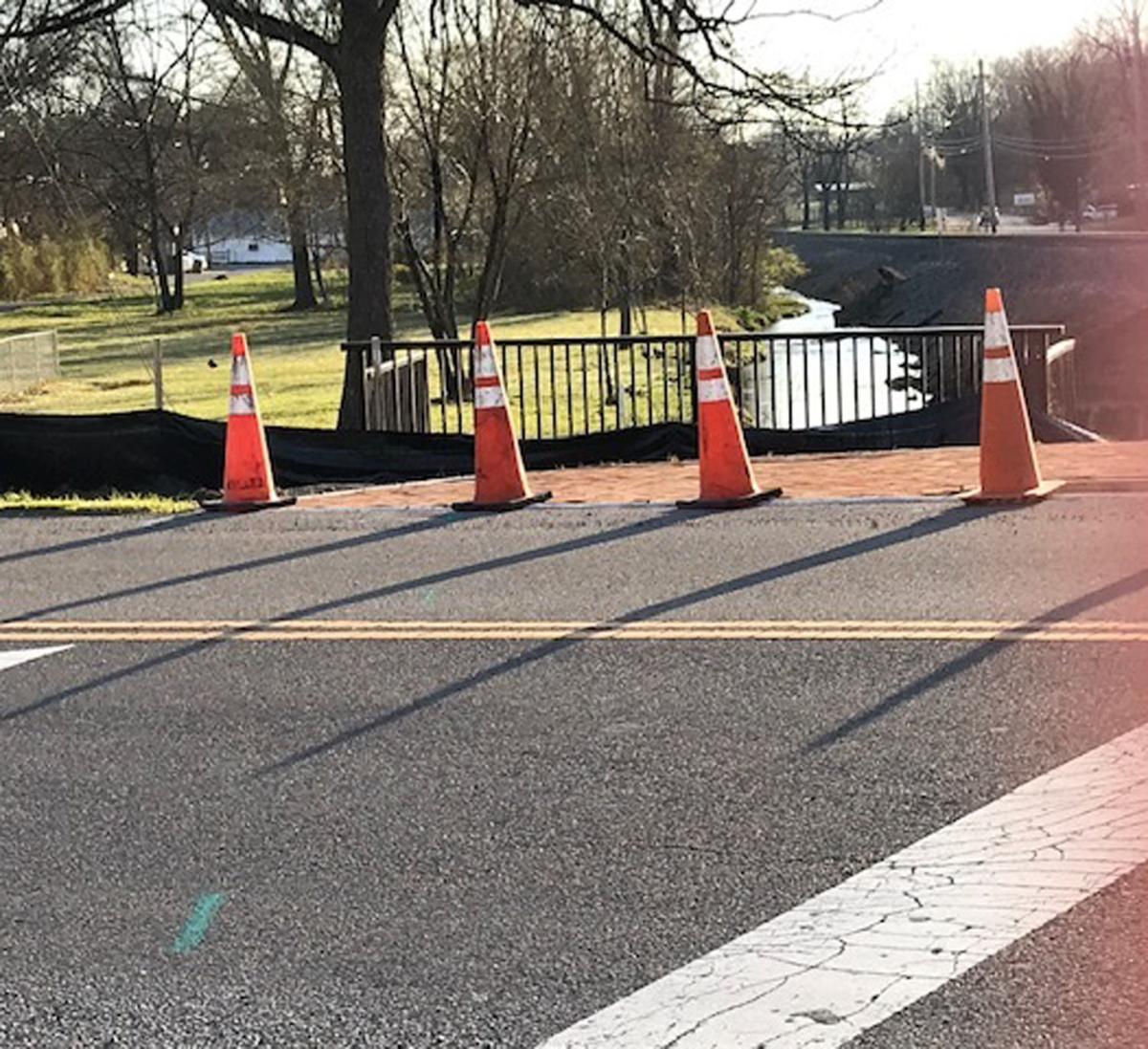 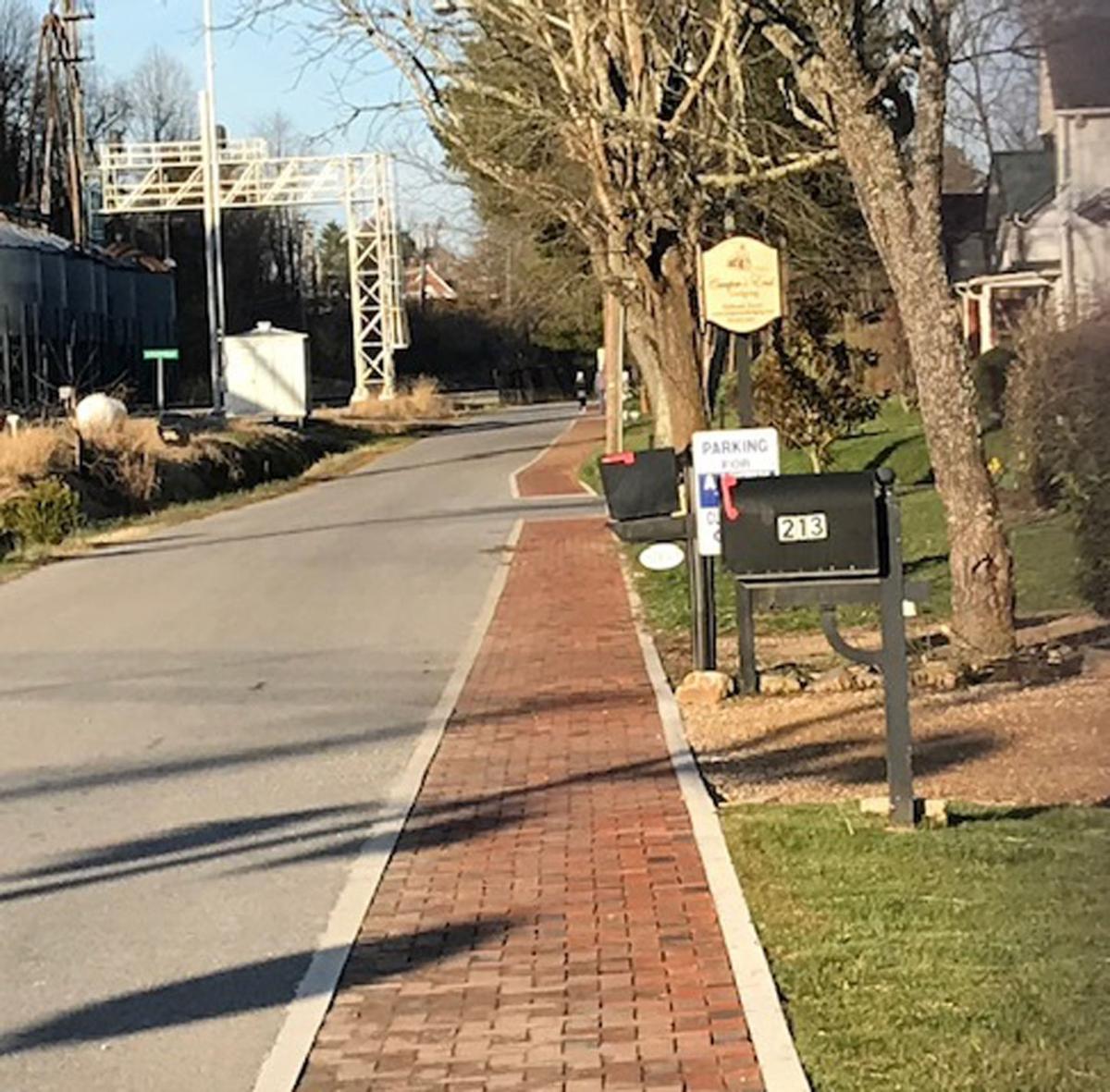