Subscribe
Read Today's E-Edition
Share This
Five guys take the same photo for 40 years
0 Comments
Share this
Five friends' celebrated photo taken every five years at the same California lake is out for the world to see despite one man's recent cancer scare.

They took photo No. 9 on Wednesday, 40 years after they shot the first in 1982 at a prefabricated cabin at Copco Lake along the California-Oregon border. Their tradition went viral 10 years ago -- and again in 2017 -- when CNN.com published their story and photos.

Some of the guys openly feared it could be a photo of four friends this year instead of the five first pictured as teenagers.

"I was crushed," said John Dickson, who lives in Santa Barbara where the friends first met. "We worried there would be an empty spot on the bench where we take the picture."

Dallas Burney, seated in the middle of the series of photos that replicate the poses of the very first shot, told CNN he had a large cancerous tumor removed from his left leg in 2019.

"My cancer -- liposarcoma, I knew something was wrong for many months," said the elementary school teacher.

"I was out of school for five months. I can't run anymore, but I sure can walk."

They had not all been together since the last photo in 2017. Burney's cancer and the pandemic made reunions difficult.

So they gathered the night before the photo was taken for their other five-year tradition -- feasting on "Wedge" tacos.

Wardlaw stuffs meat into hard taco shells and pan fries them so hot, he wears a glove and safety glasses to protect against spatter.

"We'll all be drinking water at midnight," said Molony.

"And #@$! the cardiologist," quipped Rumer-Cleary.

Two of the friends with a window view rose out of their seats.

The majestic bird, with its trademark white head, looped above the cabin, as if to lend the scene pomp and circumstance.

Other animal sightings on Tuesday included a bobcat, deer and cattle.

The friends, often talking in quick bursts over each other, pointed out Oregon was across the lake.

By midday Wednesday, it was time for the main event.

They took the latest picture on a 79-degree day worthy of a travel brochure cover. The fivesome dickered over their posture and froze as the photos clicked off on a Nikon D800 camera. They were seated in the same order and in the same poses as they've been striking since 1982.

A hat always rests on Rumer-Cleary's lap or knee. Molony holds up a jar in his right hand. Burney's right hand rests inside his right knee.

"It's nice to get back here and know that the cancer was not going to eliminate what we're doing," said Burney.

The close bonds exhibited in the last photo, in 2017, once again brought a frenzy of interest to the laid-back quintet.

The five guys told CNN they ended up in a German museum exhibit on friendship. Their photo was displayed in Costco's magazine.

Once again, their images went viral, spinning around social media sites where their appearance was both mercilessly dissected and praised.

"There are some dumb quotes you can never put in any articles," said Wardlaw.

"There were responses to (three of us) going shirtless. Some said we looked pretty good, and it was brave after 50."

Four of the friends are 59 years old. Rumer-Cleary is 58.

Rumer-Cleary called the attention the photos have generated surreal and says at times, strangers will stop him.

"It's happened to me for a couple reasons," said the software engineer who founded Occam Networks. "I'm 6-foot-6 and I have facial hair. They won't pick it out right off the bat. 'You look familiar, I can't tell why.'"

Way back in the beginning

The five friends, all graduates of Santa Barbara High School, took the first photo in the now-familiar pose in their late teens with an automatic camera timer in 1982.

Their reunions take place at the Copco Lake cabin built by Wardlaw's grandfather in 1970.

They've fished, hiked, barbecued, picked berries for homemade pies and pranked each other over the years.

Dickson confessed he nicknamed Wardlaw "Wedge" because of his definition of the shape of his friend's head after a haircut.

Dickson is the only one who still lives in Santa Barbara, where he runs a tourism website SantaBarbara.com.

Burney, an Air Force veteran, enters his 23rd year of teaching in the fall in Northern California.

The cancer survivor does not worry about the future of the photo and his health.

"But I do have trepidation over sitting on that railing," Burney said.

"As we age, so does the railing. We get a little older, heavier. That bench and railing sits about 30 feet up. I'm worried one day about hearing it crack."

Such talk led to gallows humor and Burney showing a picture of the tumor pulled from his leg,

"It looks like a tri-tip," Burney chuckled, referring to the triangular-shaped cut of meat popularized in Santa Barbara County.

The friends all smiled and almost in a chorus said, "Well, it does."

After four decades of jokes and friendship, it's only fitting that they made fun of the tumor that almost ruined their photo tradition.

Here's a look at some of the strangest news stories from the past week.

They have been unable to leave since Friday, when a late autumn storm brought snow and heavy winds that felled power cables and blocked roads.

A man got more than nine years in prison after being accused of using COVID-19 relief funds on a Lamborghini, a Rolex watch and trips to strip clubs.

Truck with 100 monkeys crashes in Pennsylvania, plus more weird news

The last of the escaped monkeys from the crash of a truck towing a trailer load of 100 of the animals was accounted for by late Saturday.

See the latest local crime & courts news weekly with our newsletter. Sign up:

5-year-old boy dies after being left in car while his mother prepared for birthday party, police say

A 5-year-old boy died after his mother left him inside a car outside the family's home in Houston while she prepared for her daughter's birthday party, police said.

Supreme Court sides with coach who sought to pray after games

The Supreme Court has sided with a football coach from Washington state who sought to kneel and pray on the field after games.

Subway employee shot, killed over ‘too much mayo’ on sandwich, reports say

A customer who reportedly was upset because his sandwich contained too much mayonnaise opened fire and killed a Subway employee on Sunday in Atlanta, Georgia.

Just keep your returns: Stores weigh paying you not to bring back unwanted items

Instead of piling returned merchandise onto a growing inventory heap, stores are considering just handing customers their money back and letting them keep the stuff they don't want.

No more hoodies, no dresses, skirts for older students in Texas school district

A Texas school district announced an updated dress code for the upcoming school year, banning hoodies and limiting who can wear dresses and skirts.

More than 4 months after being arrested at a Moscow airport, Brittney Griner appeared in court Monday. Full coverage here.

The Supreme Court has struck down a restrictive New York gun law in a major ruling for gun rights that is expected to impact half a dozen populous states.

The Supreme Court has overturned Roe v. Wade, ending nearly 50 years of constitutional protections for abortion. Live coverage here, including the full opinion and dissent, a photo gallery from outside the Supreme Court and more.

Ravnsborg told a 911 dispatcher the night of the crash that he might have struck a deer or other large animal, and has said he didn’t know he struck a man — 55-year-old Joseph Boever — until he returned to the scene the next morning.

President Biden has signed the most sweeping gun violence bill in decades, a compromise that seemed unimaginable until a recent series of mass shootings. 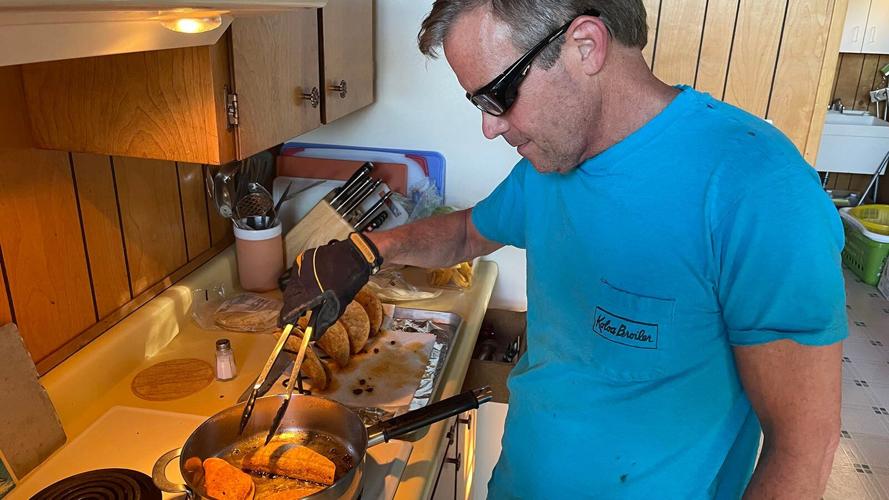 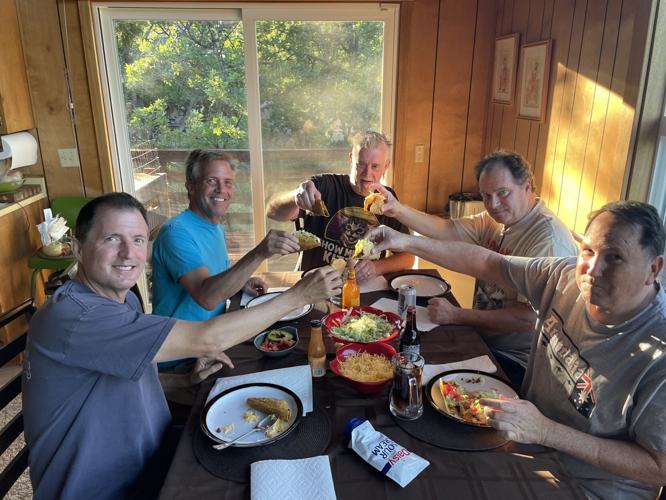 Taco dinner 2022. Another tradition for the five friends.