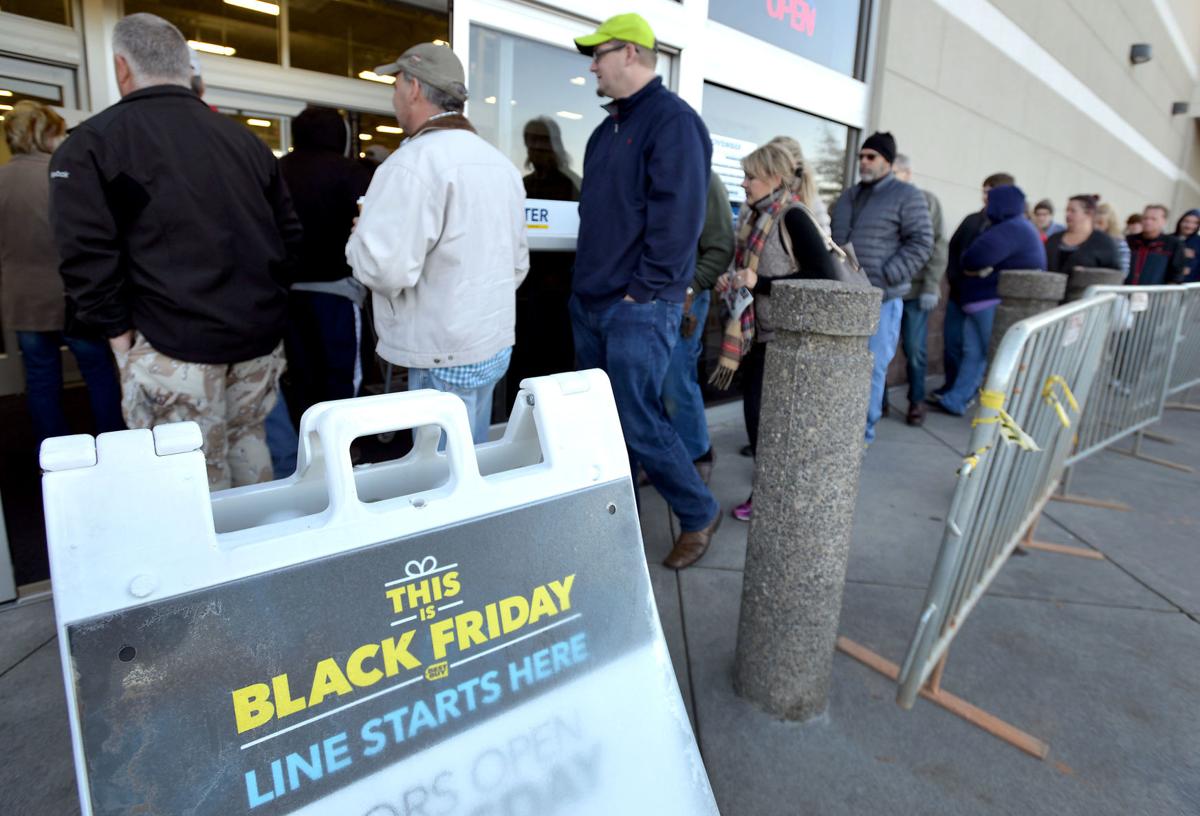 Customers who were lined up before the doors opened at Best Buy make their way into the store on Black Friday. 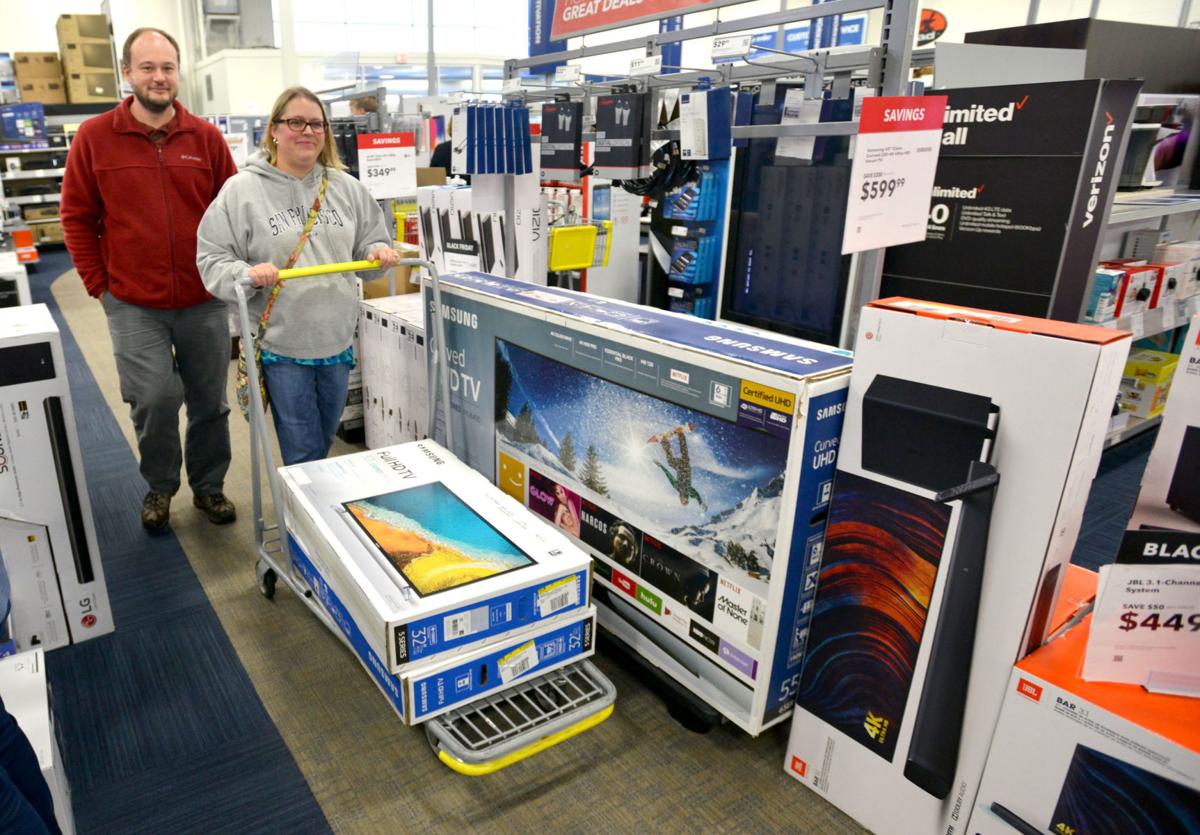 Angela and Jeffery Blackwell make their way through Best Buy in Bristol, Virginia, on Friday morning looking for deals. 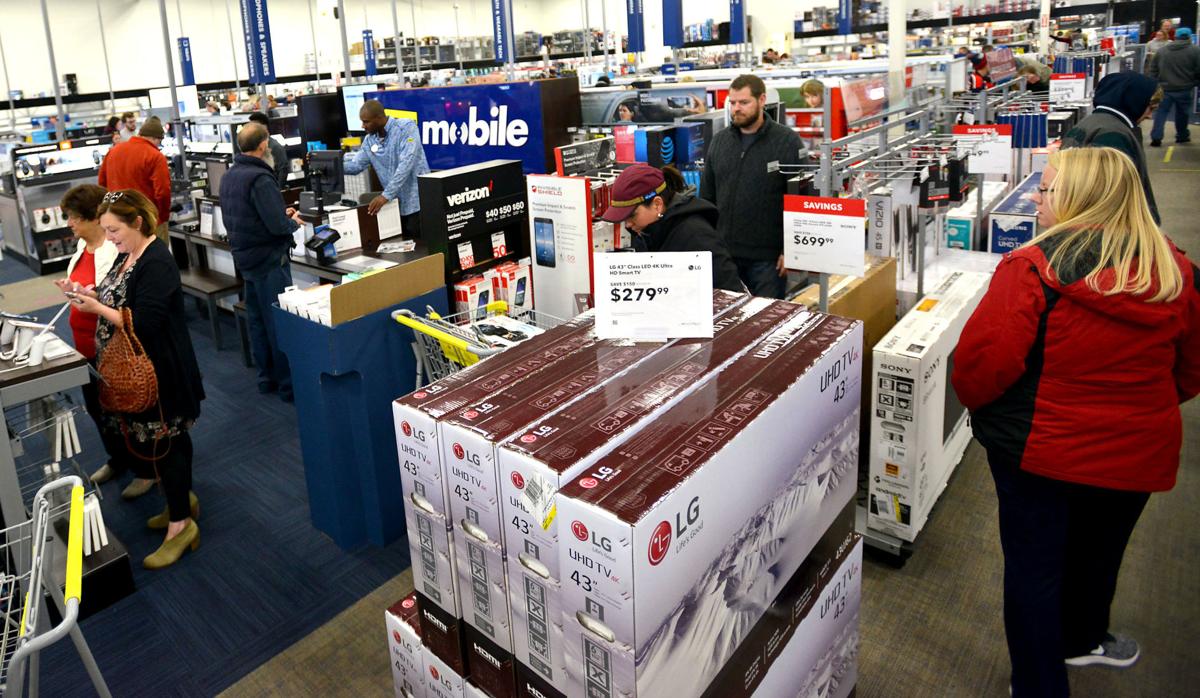 Customers look for deals at Best Buy in Bristol, Virginia, on Friday morning.

Lines form to at the registers of Bath & Body Works at The Pinnacle early Friday morning. 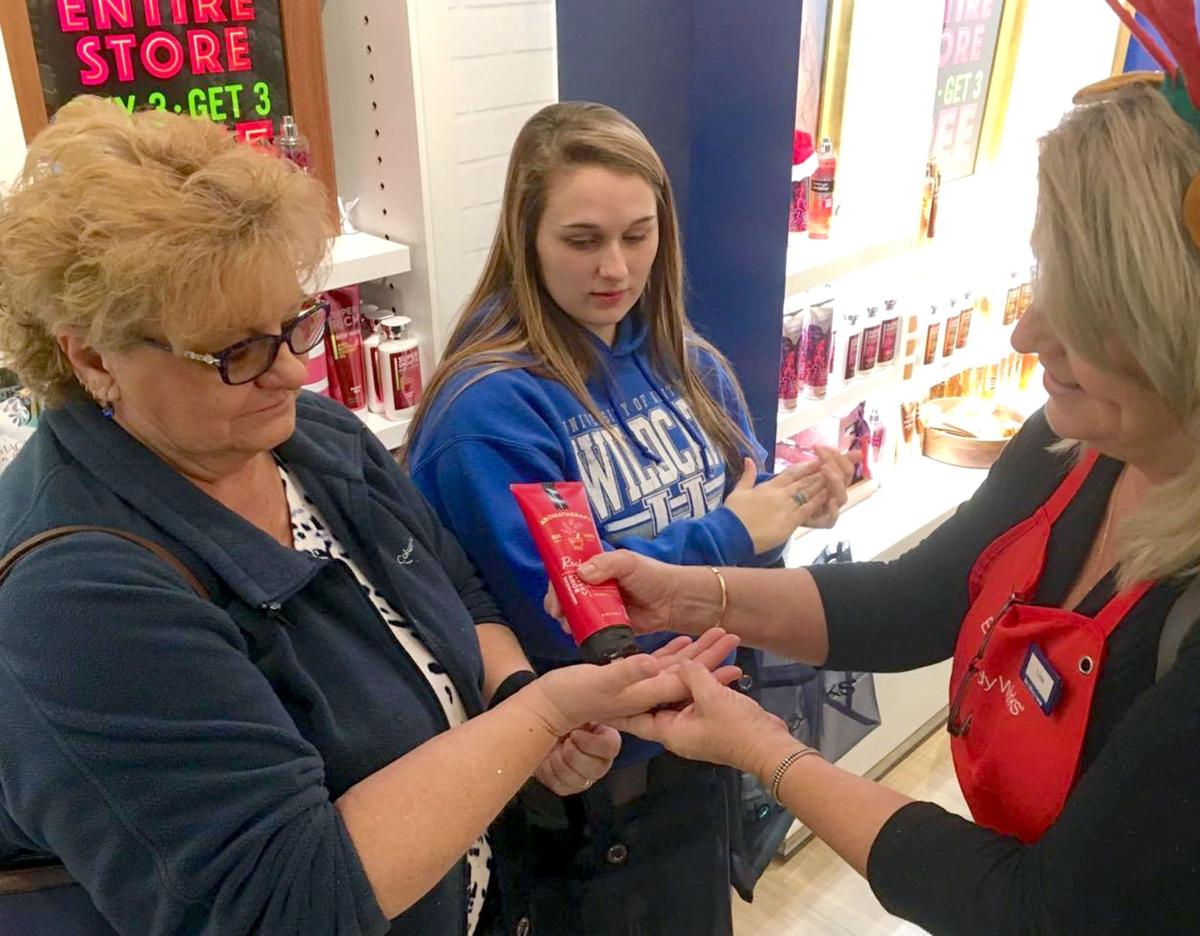 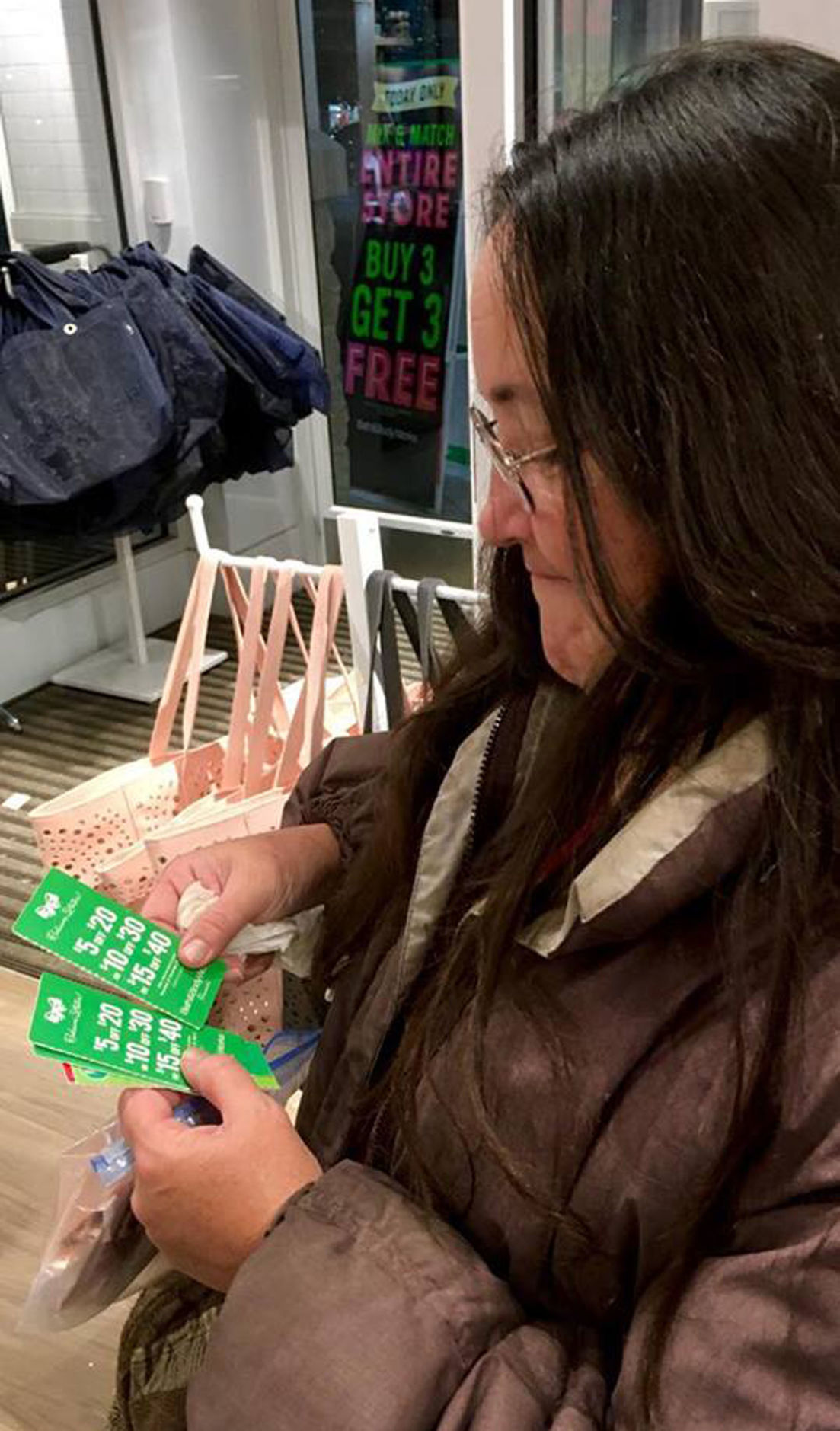 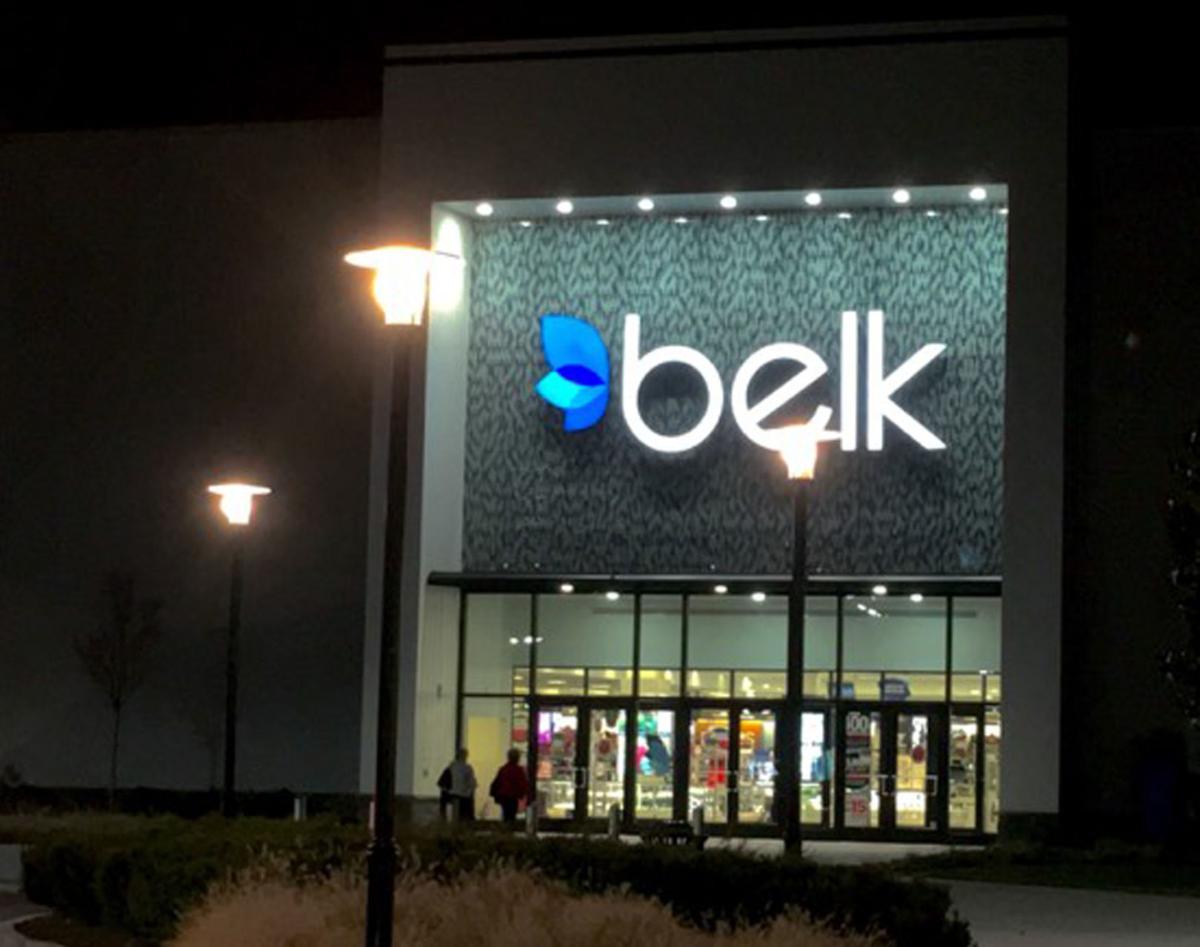 BRISTOL, Tenn. — Online shopping has made it easier than ever to snag a deal from the couch, but the most dedicated deal-seekers in the Bristol area still flocked to the stores on Black Friday.

Many local retailers rolled out deep discounts and special promotions to get people out of bed early and into the stores.

Shoppers lined up before 5 a.m. Friday at Old Navy and Bath & Body Works at The Pinnacle retail development off Interstate 81’s Exit 74 to take advantage of the best deals possible.

Waiting for the doors to open at Bath & Body Works, Christine Carter, of Mountain City, Tennessee, was armed with a stack of coupons and eager to finish her Christmas shopping.

“It’s nice to know that you can finish your shopping in one day,” Carter said. “It’s an hour-and-a-half drive from Mountain City to Bristol — but it’s worth it — to be able to save money.”

On a mission to finish her shopping, Carter had a list and was checking it twice.

“My daughter wants toys, and my son wants Legos,” Carter said. “I picked up my husband some hunting stuff, and now I’m treating myself to some stuff here at Bath & Body Works.”

Carter was one of more than a dozen waiting in line before the store opened. All items were buy three, get three free — a sale that happens just once a year.

Smiling as shoppers made their way through the doors, sales associate Lisa Phipps answered questions from customers and said foot traffic had been steady since Thursday night.

“It’s been busy in here,” Phipps said. “All these ladies are excited about getting their body care and other items to cross off their holiday wish lists.”

Lines also formed at other retailers inside The Pinnacle, including Belk, Dick’s Sporting Goods, Ulta and Bass Pro Shops, which had jeans reduced to $10 for both men and women.

A few miles up Interstate 81, off Exit 7 at The Highlands Shopping Center, more than two dozen customers waited in line at Best Buy for the doors to open at 8 a.m.

TVs and digital cameras were two items that were high on the list of shoppers, including Denise Myers, of Bristol, Tennessee, who got up early to snag a digital camera.

“We’ve got a video game on the list and possibly a television,” Myers said while standing in line. “We didn’t get out super early — so, hopefully, we can still get what we came out here for.”

Later, after the doors opened, Myers’ shopping cart filled with the items she wanted.

No scuffles or other incidents were reported at retail developments in the area, but officers were on hand at both Best Buy and Belk just in case, according to local law enforcement agencies.

The National Retail Federation estimates that 164 million people — about 69 percent of Americans — will shop over Thanksgiving weekend.

Some retailers chose to open later on Thanksgiving Day than in recent years to let people enjoy their meals, but most big merchants were open by 6 p.m. Thursday night and reopened early Friday.

While many retailers can count on shoppers to hit the stores every year, the rise of online shopping and competition from e-commerce giants like Amazon as well as traditional retailers’ websites have forced many companies to rethink their approach to the holiday shopping season.

“I felt like the selection was a lot better on Thursday than on Friday,” said Lebanon, Virginia, resident Anesa Hughes, who shopped at The Pinnacle. “Black Friday shopping is always fun — even if you’re not looking to buy something.”

Before you start buying all those gifts this weekend or Cyber Monday, you should make sure you’re not only getting the best deal possible, but also protecting yourself from scams and potential identity theft.

Whether you plan to shop in brick and mortar stores or online, the Better Business Bureau said the most important rule is to do your research.

“Are you getting a deal?” said BBB CEO Steve Bernas said in a news release. “So many times, the BBB gets complaints like ‘this is supposed to be a doorbuster sale,’ and ‘I actually paid more than it is down the street.’”

Bernas said it’s also important to set a budget for your holiday shopping and check the fine print on those big sales and big-ticket items.

The BBB also reported a spike in complaints about an increasingly popular scam, according to Bernas, in which people place ads for products on social media just to steal shoppers’ card information.

COVID-19 vaccinations will expand starting Monday across all three Southwest Virginia health districts and a mass vaccination clinic is planned for March 6.

It’s finally getting to be crunch time on Courthouse Hill in Abingdon. More than 15 months ago, voters decided to keep the Washington County Courthouse where a courthouse has stood since the 1700s — on Main Street at the center of Abingdon — rather than move operations to a former Kmart building in a strip shopping center just off Interstate 81.

A more contagious — and possibly more dangerous — strain of the virus that causes COVID-19 has been identified in several Southwest Virginia residents, and none has traveled recently, according to the Virginia Department of Health.

The death of Adam Oakes, a 19-year-old student from Loudoun County, led to the suspension of VCU’s chapter of Delta Chi fraternity.

EDUCATION BEAT: Martians among us

I’d like to share a few astounding facts and possibilities regarding life on Mars, our relatively near solar system neighbor, orbiting the sun only some 50 million miles further out than Earth.

Customers who were lined up before the doors opened at Best Buy make their way into the store on Black Friday.

Angela and Jeffery Blackwell make their way through Best Buy in Bristol, Virginia, on Friday morning looking for deals.

Customers look for deals at Best Buy in Bristol, Virginia, on Friday morning.

Lines form to at the registers of Bath & Body Works at The Pinnacle early Friday morning.