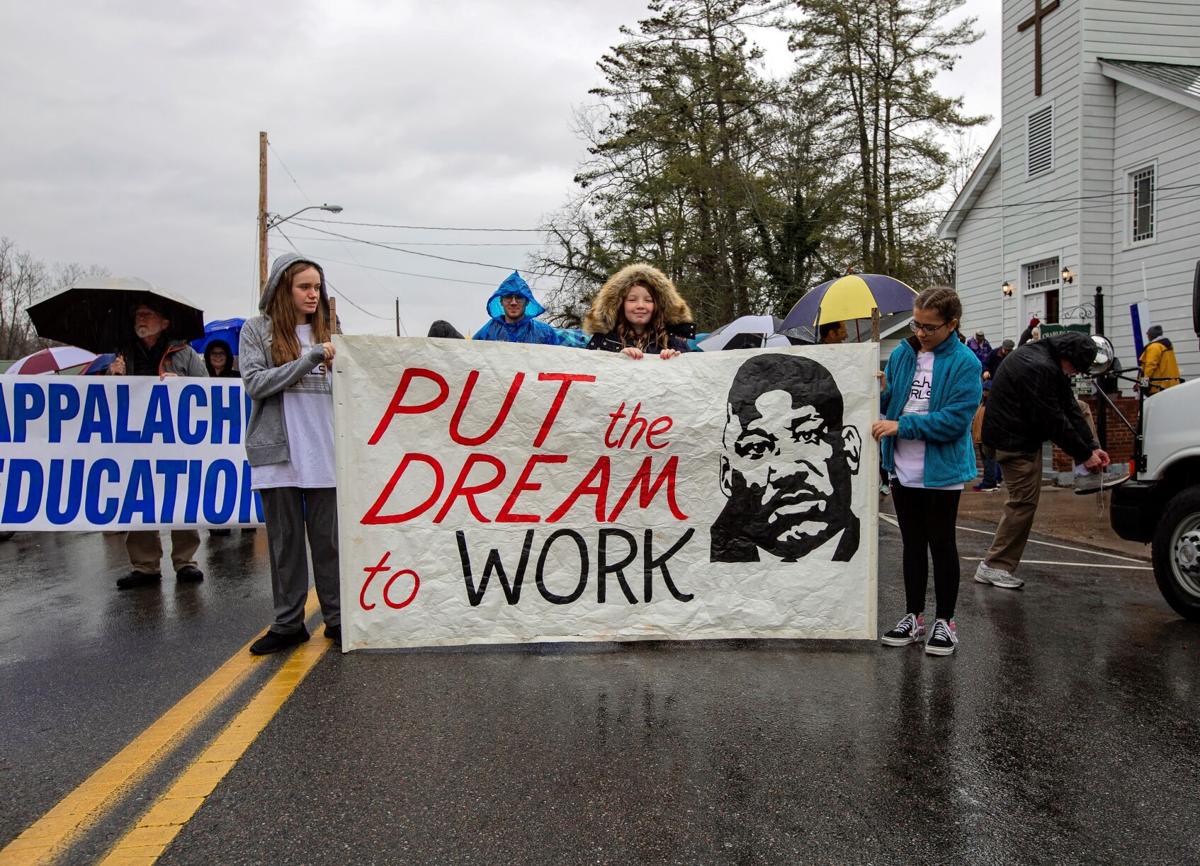 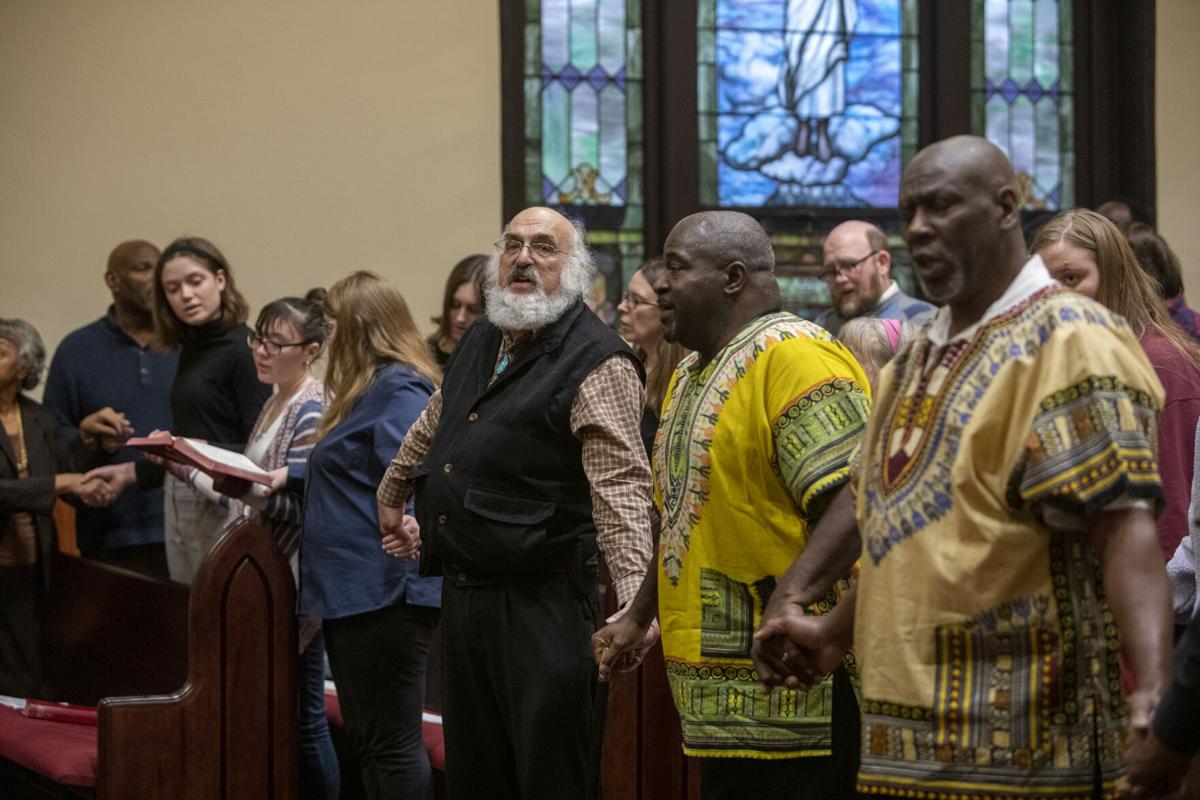 ABINGDON, Va. — A small group of Washington County residents — both black and white — gathered together one autumn day 35 years ago to have a candid discussion about what they could do to promote greater awareness of social justice in their community.

The outcome of that informal meeting more than three decades ago laid the foundation for a celebratory event held each year in Abingdon that honors the legacy of civil rights leader Martin Luther King Jr.

In the midst of the pandemic, the Washington County community will continue that tradition by coming together in Abingdon this week to celebrate Martin Luther King Jr. Day and the civil rights movement that changed the course of history in the country.

In the words of one local supporter, Kathy Shearer, “The MLK Jr. Celebration holds meaning simply in witnessing and sharing black and white people together — listening, singing, applauding, sharing conversation and holding hands year after year.”

“Our celebration in 1987 was the first in the region, but only by one day,” said Buckey Boone of Abingdon, who has organized the Abingdon celebration for more than three decades.

The next day, members of Lee Street Baptist Church hosted their own celebrations.

“We’ve been hosting this for 35 years. It’s not just that our celebration has grown. It has expanded to lots of different communities over the region. That’s really gratifying.”

Boone is among several people in the county who remember that first celebration in Abingdon and the efforts that were made to grow more awareness of social justice.

“It was a much more informal event back then. People got up and told stories about how Martin Luther King and the civil rights movement had affected their lives — what it was like growing up in Washington County during segregation,” said Boone, reflecting on the legacy of that day.

Throughout the years, the celebration in the town moved to featuring well-known speakers and musicians.

Joan Boone, wife of Buckey Boone, recalled the “magnificent singing” by the Southwest Virginia Mass Choir that was largely made up of African American members of churches from Wytheville, Virginia, to Johnson City.

Joan Boone, who was on staff at Appalachian Peace Education Center (APEC), a nonprofit organization that eventually became a sponsor, remembers helping organize the annual events.

“Those first meetings were exciting. I remember contacting people to participate,” she said.

“We had been aware of racism issues in the region. I remember hearing the stories of African Americans being followed by police, being turned down for jobs and their children experiencing acts of aggression,” said Boone.

“The events we hosted gave people the opportunities to hear about problems and how to best react to them.”

A year after Martin Luther King Jr. Day had been declared a national holiday in 1986, Rees Shearer of Emory was bothered that nothing was happening locally to recognize the civil rights leader.

“I thought this was a holiday worth celebrating and claiming,” said Shearer, relating that King had been his hero since he was a youth.

“For me, the Black experience is the premier American story — a people’s 400-year struggle for freedom and inclusion. This movement must be celebrated, and each generation must learn and carry the work forward. Securing, once again, the right to vote for all citizens by passage of John Lewis Voting Rights acts is but one example.”

As a young man, Shearer was disappointed there was no marking of the holiday in Washington County. He contacted APEC, and plans were put into motion to host the first event at the Washington County Public Library. Shearer, along with Elizabeth Hill of Glade Spring and Suzanna O’Donnell, an APEC volunteer, met in Shearer’s home and planned an event that focused on teaching people about the civil rights movement.

A strong emphasis was put on educating youth.

“I wanted my son and other children to know about the movement,” said Shearer.

After organizing the event for the first two years, Shearer said APEC took over the responsibility afterward. The events have been held in church venues since then.

Buckey Boone also recognized the importance of teaching youth about racial equality and the work for peace.

He remembers a famous speech made by King in 1967 that took place at Riverside Church in New York, where King delivered strong, outspoken words against the Vietnam War.

Buckey Boone was only 17 when he read about that speech.

“I’ve spent a lifetime thinking about what a great and brave thing he did to combine the work of peace and racial justice. It’s always influenced my life that he took that stand.”

The impact of that speech inspired him to do more to promote social justice locally.

As a young student, he started reading about King and Mahatma Gandhi.

“It was very influential to me, especially as a young person. It made me want to try to change our ways of treating people but in a nonviolent way Gandhi and King advocated.”

Elizabeth Hill and her husband, Robert Hill, who had been local civil rights leaders in their own right, were thankful to be on board for organizing the new event in 1987.

“At that time, I felt like we needed a change,” she said. “We were keeping up with things Martin Luther King had done, but we didn’t want it to stop there. We wanted to keep going.”

The 89-year-old organizer said she remembers that many people — young and old — showed up for the first programs at the library.

“Racism — it was bad,” she said. “A lot of people didn’t accept it, but it was there, and we all could feel it. I feel like we’ve come a long way since then, but we still have a long way to go.”

Their son, Jerry Hill, remembers that in the early 1960s he had to go outside the drug store in Glade Spring to drink a soda he had purchased. After a long career in school administration in Loudoun County, Virginia, he returned to his hometown in 2015.

Jerry, along with David Winship, a retired Washington County educator, and Carleigh Blaylock of Emory & Henry College have organized a virtual celebration to accompany the 2022 events.

Like his parents, Jerry continues the fight for social justice — doing his part to make society more equal even in his own small hometown of Glade Spring.

Carolyn R. Wilson is a freelance writer in Glade Spring, Virginia. Contact her at news@washconews.com.

MLK events to take place in Abingdon and online

The 2022 events, hosted by the Appalachian Peace Education Center (APEC) in Abingdon, will be held in person and virtually.