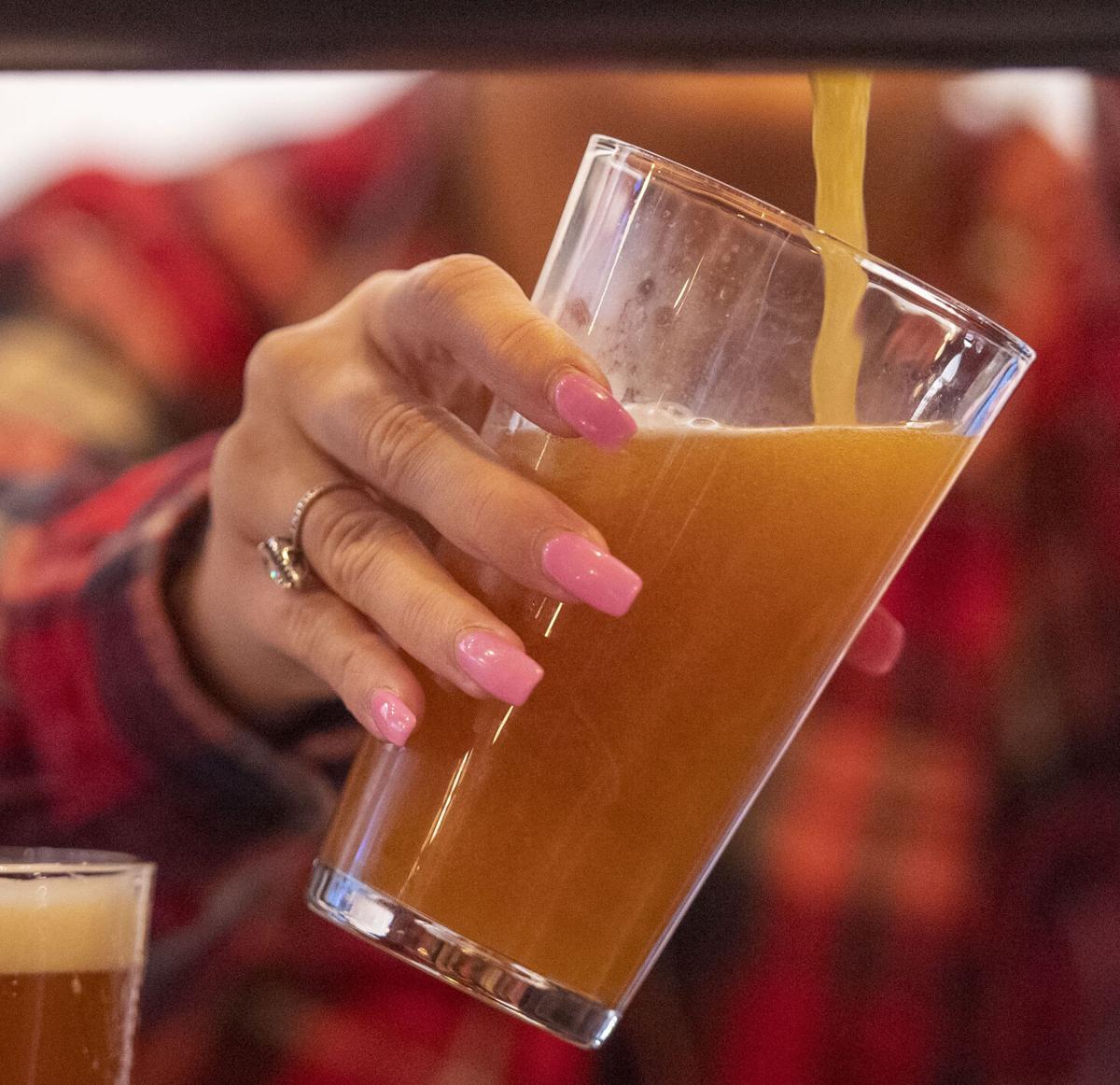 A bartender at Michael Waltrip Brewing pours a glass of "3 Ranges Appalachian Ale" that is made with the Lee County barley. 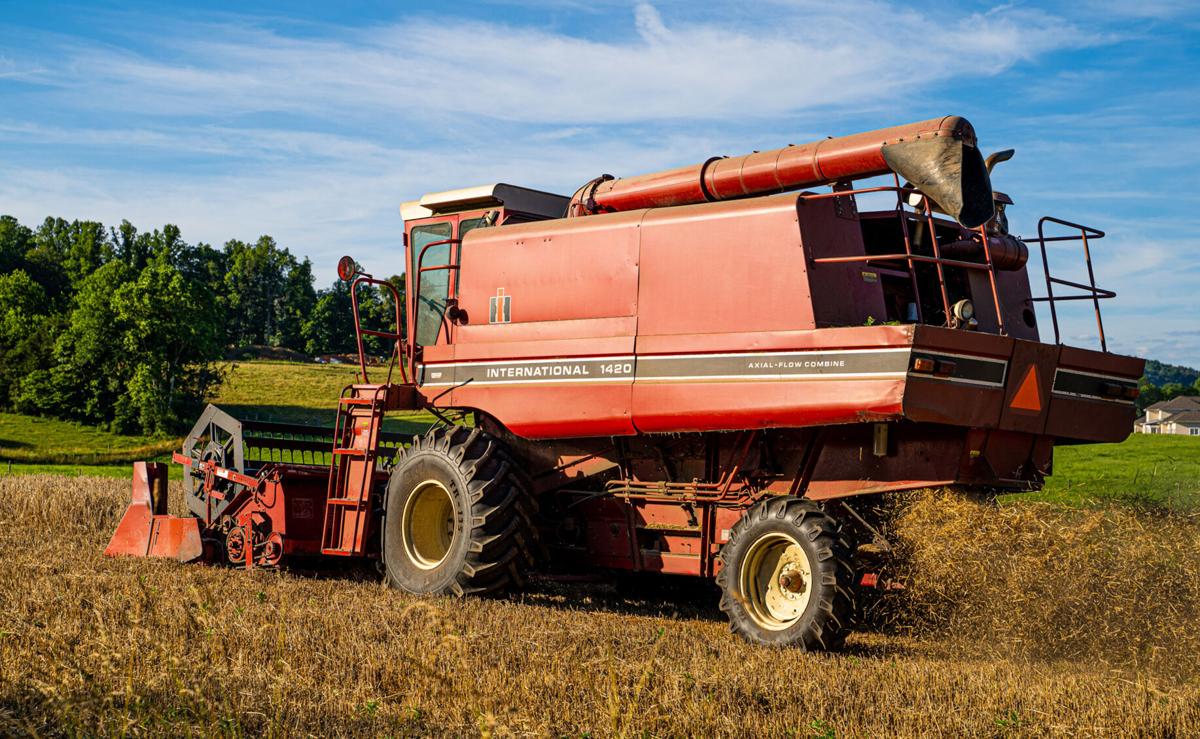 Barley being havested in Lee County Virginia is being used to make beer at Michael Waltrip Brewing in Bristol Virginia. The newest release at the local brewery is "3 Ranges Appalachian Ale" made with the Lee County barley.

Michael Waltrip Brewing unveiled its latest beer on Tuesday -- 3 Ranges Appalachian Ale -- which is made with barley from Appalachian Grains, a Southwest Virginia specialty grain broker launched through the support of InvestSWVA. The event at Waltrip’s Moore Street brew house showcased the locally grown product.

The beer’s name comes from the three major ranges of the Appalachian mounts, Allegheny, Blue Ridge and Cumberland.

“The impact of our grains being used by someone like Michael Waltrip is significant. This collaboration delivers another growth opportunity to our Southwest Virginia farmers and it catapults our region into the national sustainability conversation,” said InvestSWVA Director Will Payne.

“First, this is an economic development project that addresses the business priorities of supply and demand. We are helping farmers keep busy and earn more by producing high quality grains for an exploding market,” Payne said. “Second, in strengthening the local supply chain to Virginia breweries and distilleries, we are reducing transportation costs, food miles and the carbon footprint of grain typically sourced from all over the world.”

Local crops are competing with grains from the U.S. Midwest, Canada and Europe, so locally grown crops reduce both transportation costs and the industry’s carbon footprint, Payne said.

“We estimate Virginia breweries are importing 400,000 bushels of barley for beer and our initial goal – we’re now dealing with 70 acres – is to place as much grain – we’d like to cut into 100,000 bushels a year,” Payne said. “We’re proud to see Waltrip kind of leading the way in making the case to other breweries that this grain grown in Southwest Virginia meets the high quality standards they have and delivers on the environmental and economic demands the brewery has too.”

Brewmaster Jack Owen said he looks for good clean product that is consistent and has a good color when it arrives from the malting process.

“We’re really excited about playing a role in helping revitalize the agricultural crop of barley in this region,” Bryan Sperber, CEO of Michael Waltrip Brewing said. “I understand it was once recognized to be among the best. To see it be able to come back is very exciting and for us to help amplify the mission by making a beer with a locally-sourced barley is really terrific.”

The barley was prepared for brewing at Riverbend Malt House in Asheville, N.C., and founder Brent Manning welcomes having more local growers.

“It’s important for us to continue to build the local network of grain growers. We focus on the hub and spoke model and the hub is the conditioning, cleaning and packaging. We can’t be a traditional farm in terms of storage,” Manning said. “We also love that this is a new revenue stream for growers in the area. With winter grains, typically October to June, we’re not competing for space with soybeans, corn or whatever. This is a nice opportunity for growers to incorporate this into their crop rotation.”

Cracker Barrel ordered to pay man $9.4 million after he was served chemical in drinking glass

The man was having lunch at a Cracker Barrel in Tennessee when he took a sip of what he believed to be water. It turned out to be a cleaning chemical.

Great winter fishing is probably not the first thing that comes to mind when tourists think of things to do and see in Bristol, but that may change after a nationwide fishing blog recently placed the Twin Cities in the top 10 best places to fish in the winter.

A bartender at Michael Waltrip Brewing pours a glass of "3 Ranges Appalachian Ale" that is made with the Lee County barley.

Barley being havested in Lee County Virginia is being used to make beer at Michael Waltrip Brewing in Bristol Virginia. The newest release at the local brewery is "3 Ranges Appalachian Ale" made with the Lee County barley.