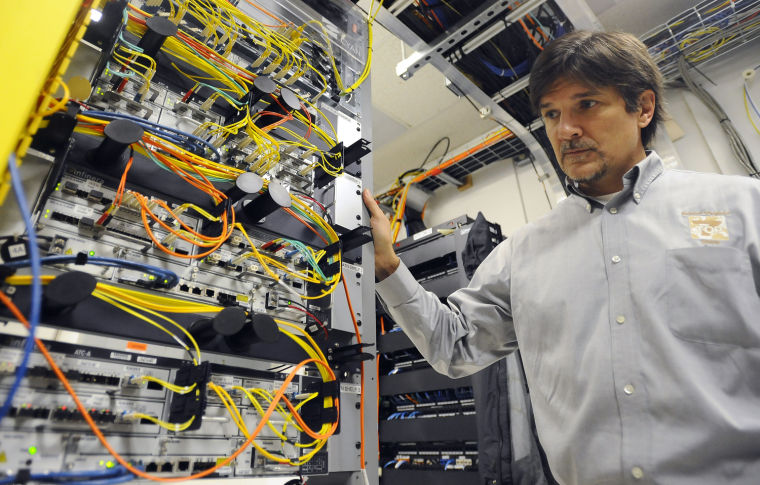 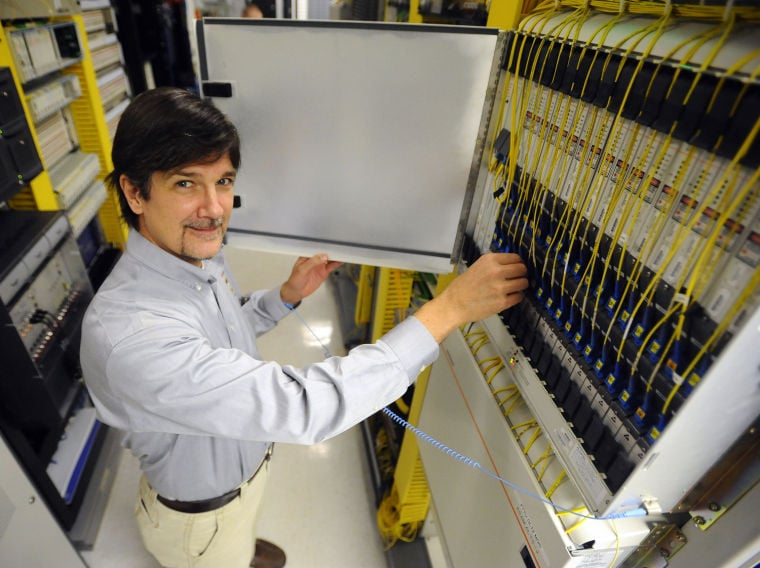 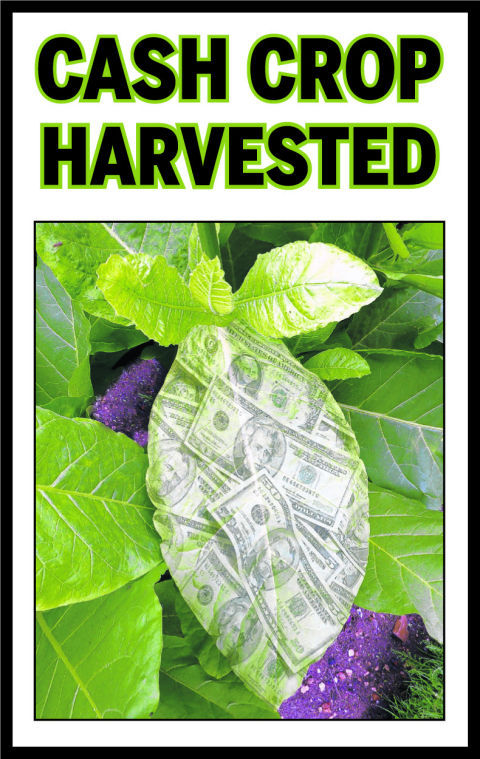 This is the second story in a continuing series about the Virginia Tobacco Commission and the money it has funneled into Southwest Virginia.

Ten years ago, getting data to a client was challenging for Tuck Mapping Solutions owner Bobby Tuck. At times, he pulled a hard drive out of his computer and mailed the hardware.

Based in Big Stone Gap, Va., his company produces digital survey maps from airplanes and the files contain huge amounts of data.

Partially because the Virginia Tobacco Commission has invested millions of dollars into broadband in Southwest Virginia, Tuck now transmits data over the Internet.

The Tobacco Indemnification and Community Revitalization Commission was created in 1999 and tasked with doling out the money won in a lawsuit filed against major tobacco companies to improve the economy of the two areas hard hit by the dwindling tobacco industry, Southwest and Southside.

In Southwest Virginia, most of the pie has gone toward broadband technology. BVU alone has received $34.4 million to install broadband across the region.

Early on, members of the commission saw technology as a way to improve the lives of citizens in Southwest Virginia. Former state Sen. William Wampler, who represented Southwest Virginia and served on the Tobacco Commission, said it was formed during the dot.com boom of the 1990s. At the time, many areas of the country did not have broadband Internet service, but Wampler said it was clear that it would be essential to business development.

“We wanted an institutional investment that was transformative,” Wampler said.

In 2001, Bristol Virginia Utilities began providing cable, phone and Internet to a limited area around Bristol, Va. By 2003, the company had invested $25 million and served about 2,300 customers with the new service called OptiNet.

BVU began looking at the Tobacco Commission as a way to expand the service and found an ally in Wampler.

“We had and continue to have an awesome relationship with Sen. Wampler,” BVU Executive Vice President and Chief Financial Officer Stacey Pomrenke said. “He was on the Tobacco Commission [at the time]. He was really our advocate.”

BVU was awarded a $1.9 million grant in 2003 to lay fiber-optic cable, which is used to transport data at high speeds.

The Tobacco Commission saw that BVU had the ability to install fiber optic in rural areas of Southwest Virginia. The company had the equipment, technical expertise and customer support to operate a large fiber-optic system.

“It boiled down to they were leaders at the time,” Wampler said.

After the initial grant, BVU wanted to expand outside of its electrical service area with broadband, cable and Internet. But several cable companies sued the organization, claiming it was unfair for BVU, a nonprofit, to compete with for-profit companies.

A settlement was reached that placed restrictions on BVU. It can only offer Internet and phone service up to 75 miles outside of its electrical service area.

Cable is only offered within the electrical service area.

After the initial investment, the Tobacco Commission wanted to move broadband into more rural areas of Virginia.

“It was a need we felt like we needed to address,” said Virginia Delegate Terry Kilgore, of Gate City, who is chairman of the Tobacco Commission.

In 2005, BVU was awarded $7.8 million, which was used to install fiber-optic lines in Washington County, Bluefield, Abingdon, Chilhowie and Saltville. A $6.5 million grant in 2007 brought fiber lines to the town of Tazewell and some other portions of Southwest Virginia.

Cumberland Plateau Planning District Commission approached BVU about a partnership. The two applied together for a grant and installed fiber optic cable in Russell, Tazewell, Dickenson and Buchanan counties.

“They came to us and said, ‘Let’s join forces. We need to get this infrastructure into those four counties,’” Pomrenke said.

BVU was also able to leverage Tobacco Commission money. In 2010, the organization used a $5.6 million grant as a match for a $22.6 million federal grant from the National Telecommunications & Information Administration. The money was used to continue fiber installation in rural areas of Southwest Virginia.

Since the Tobacco Commission was created, it has invested $101 million in technology infrastructure, much of it broadband.

Many believe the investment has paid off. Tuck was able to expand his business, and the region attracted CGI Group and Northrop Grumman to Russell County.

Kilgore said those business investments would not have taken place without the Tobacco Commission’s focus on broadband.

A 2011 Joint Legislative and Audit Review Commission report was somewhat critical of some of the allocations made by the commission but saw the investment in broadband as a positive use of the tobacco money. It noted that the investments “had a significant impact on the region by generating new jobs and capital investment.”

But the Tobacco Commission appears to be moving away from fiber optic lines. BVU applied for grants in 2012 and 2013 and the applications were denied.

Kilgore said he believes the commission will focus less on large payments for fiber optic and more on small payment for cell towers, which can transmit data.

“I think we will be focused on broadband, but most of the investment in job and business creation has been addressed,” Kilgore said.

Commission spreads $1B of tobacco money as fertilizer for Va. projects

Of that money, $338 million has been spent on projects intended solely for Southwest Virginia.

More than $2M in ARC grants headed for SWVa

A total of 10 projects were awarded grants and eight of them are located in far Southwest Virginia.

Commission spreads $1B of tobacco money as fertilizer for Va. projects

Of that money, $338 million has been spent on projects intended solely for Southwest Virginia.