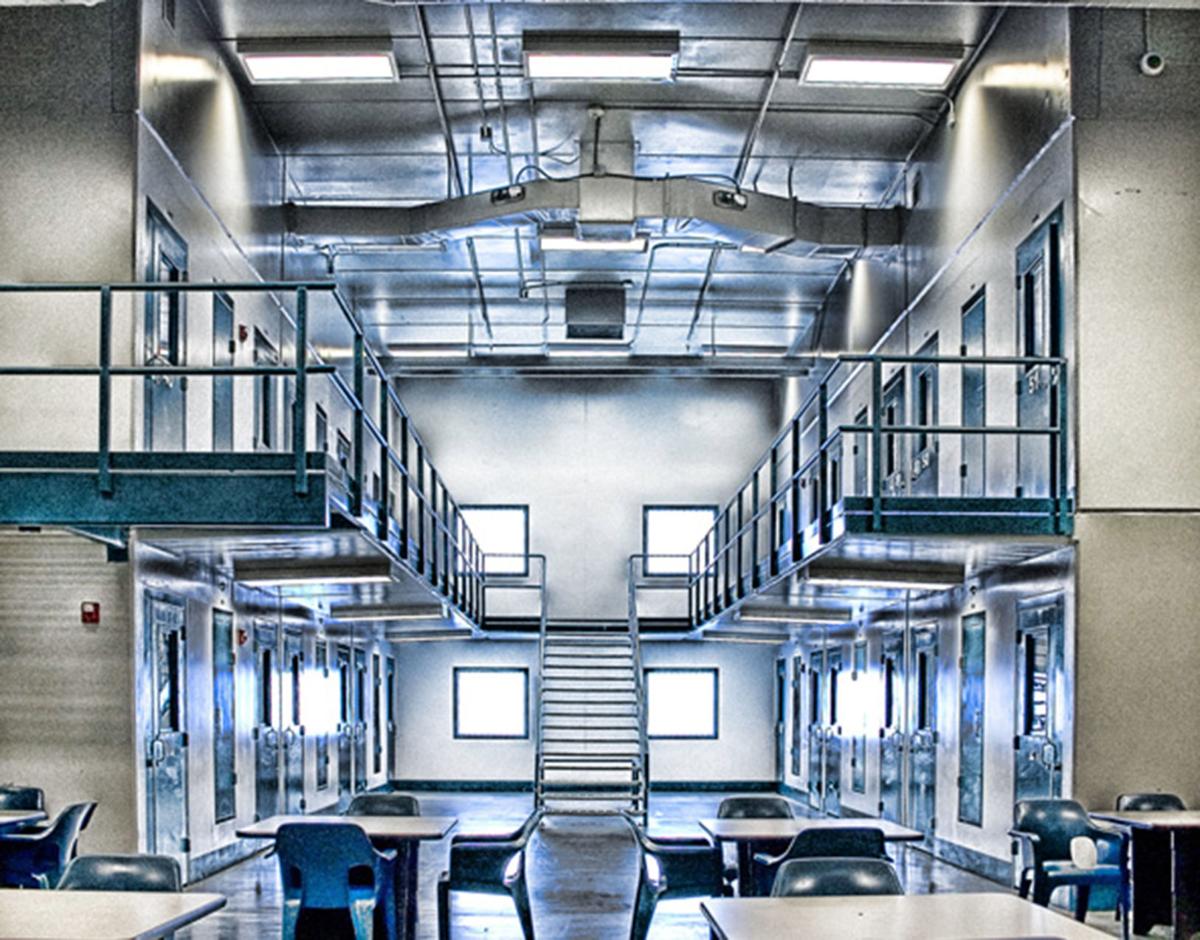 A pod area is shown at the Southwest Virginia Regional Jail Authority in Abingdon, which opened nearly 15 years ago. 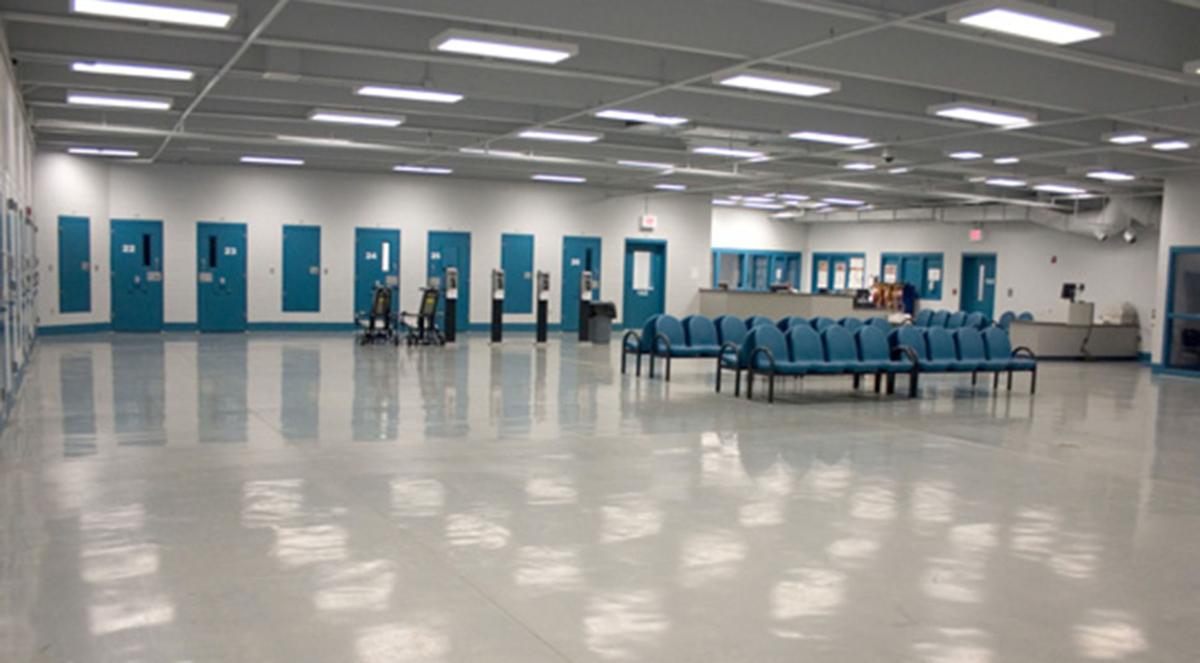 The booking area at the Southwest Virginia Regional Jail. 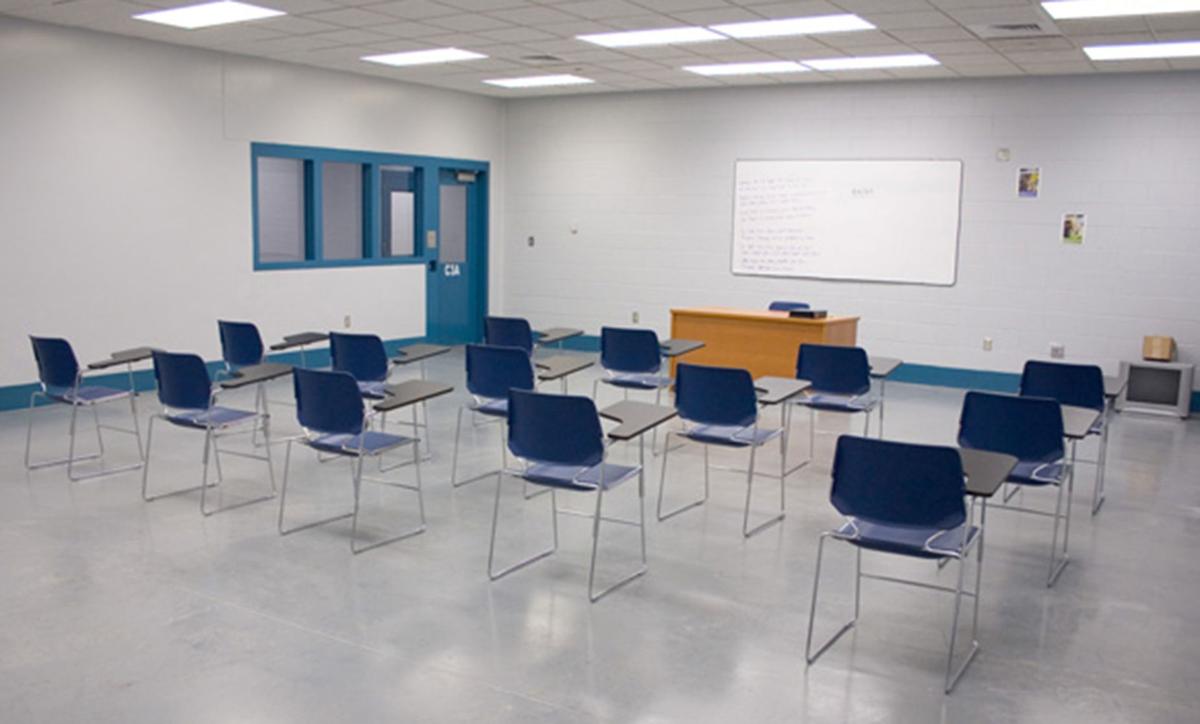 A classroom at the Southwest Virginia Regional Jail. 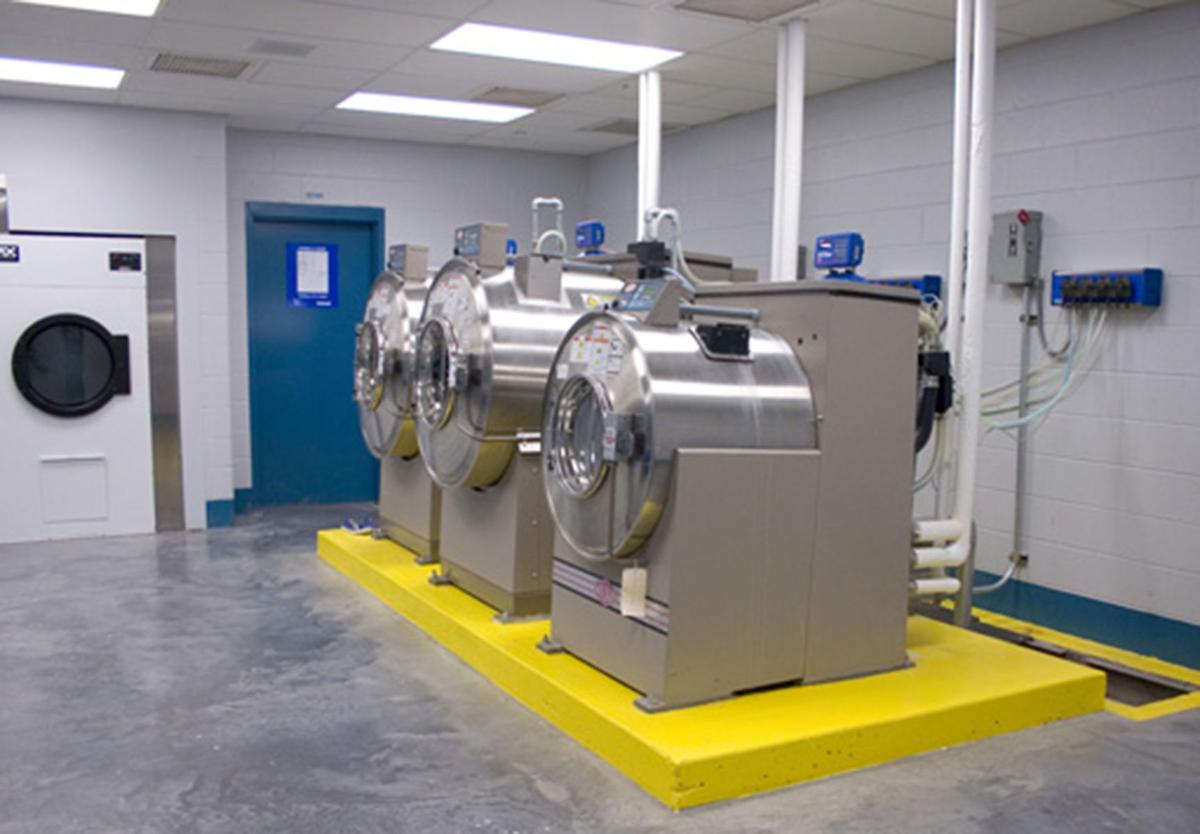 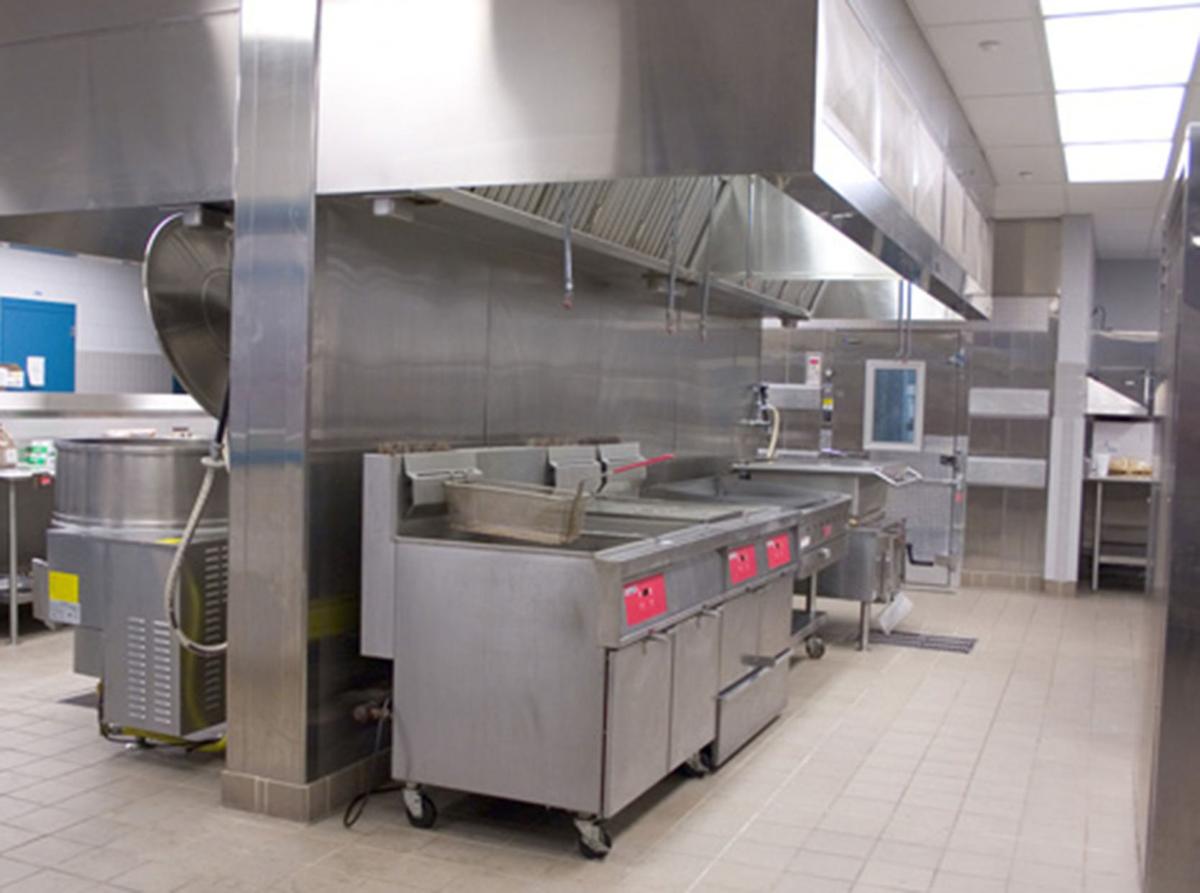 The kitchen at the Southwest Virginia Regional Jail. 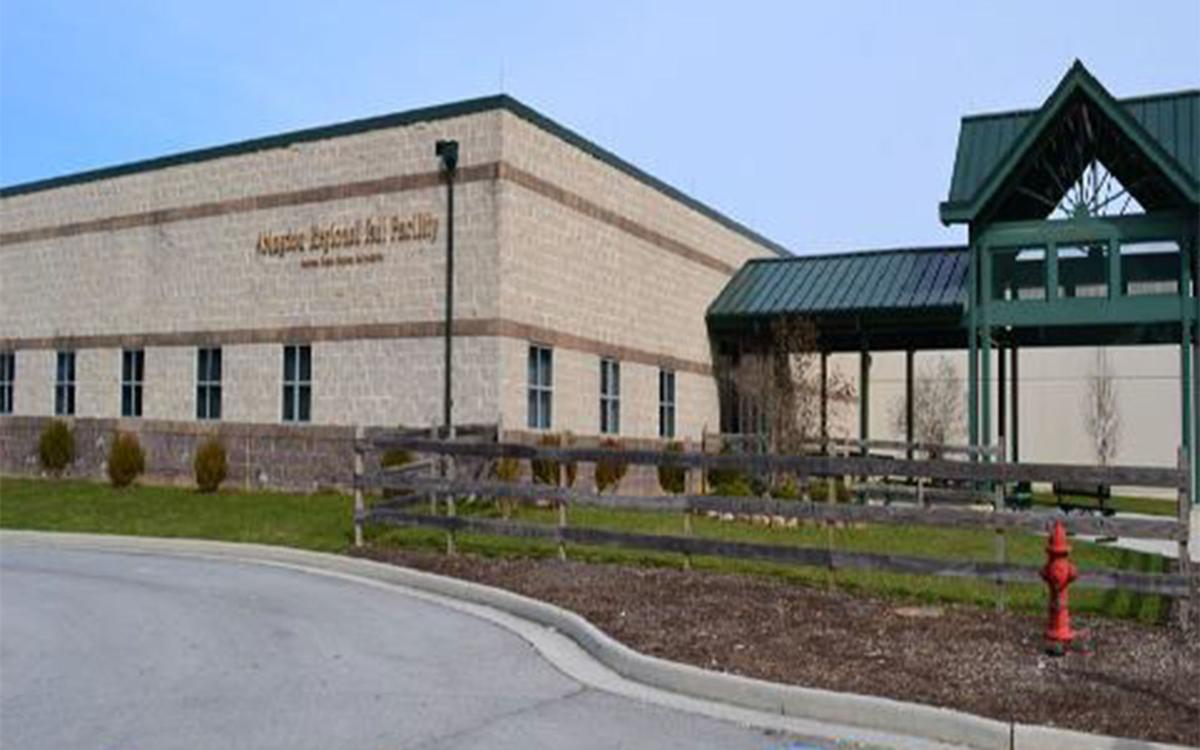 With four facilities, the authority serves the Virginia counties of Buchanan, Dickenson, Lee, Russell, Scott, Smyth, Tazewell, Washington and Wise, as well as the city of Norton.

Due to an overcrowded city jail in Bristol, twice in recent years, past City Councils have reviewed then rejected closing the city jail, reducing staffing and sending all its prisoners to the regional jail network.

To relieve overcrowding, some Bristol prisoners have been housed at the regional jail in Abingdon in recent years at a cost of $39 per inmate per day. It cost the city $607,302 from July 1, 2018, to June 30, 2019, to house inmates at the facility.

City Manager Randy Eads said the regional jail may again come into the discussion about what to do with the overcrowded city jail.

When asked whether the regional jail could adequately house Bristol’s inmates, authority Superintendent Stephen Clear said: “The decision to house Bristol inmates is a decision between the City Council and the authority board.”

Largest jail systems in Virginia by number of inmates:

Before the jail authority was created, county jails across Southwest Virginia were aging, deteriorating and overcrowding.

Buchanan County’s jail was the oldest facility operating in the region. The jail, on Walnut Street in Grundy, was built in 1921 and designed to house 34 prisoners.

Sheriff Ray Foster said his jail housed 80 to 100 inmates before the regional jail opened in April 2005 in Haysi, a Dickenson County community more than 30 minutes from Grundy.

“It’s overcrowded in my jail,” Foster told the Bristol Herald Courier in 2005. “I have people sleeping on mattresses on the floor. This regional jail is something we really need.”

Once closed, the old jail in Grundy was torn down, according to Sharon Thornsbury with the Buchanan County Sheriff’s Office.

The old site was then used to add an expansion onto the county courthouse.

The regional jail in Haysi, which opened to house 145 inmates from Buchanan and Dickenson counties, was the second of three original regional jail facilities to open in Southwest Virginia. The first opened in early 2005 in Abingdon, and the third opened in Duffield shortly after Haysi’s opening.

The old Washington County jail was on Park Street in Abingdon until April 2005. The regional jail moved the inmates at that time, according to Sheriff Fred Newman.

“It was overcrowded and outdated,” Newman said. “The building was in need of repair: plumbing, security issues, et cetera.”

Newman said 21 of his correctional officers went to work at the regional jail when it opened.

In 2013, the Holston Mountain Artisans, which leased the building for four years, purchased the old jail from the county.

Washington County’s old jail was designated to house 54 inmates, but it was often well over 100% capacity.

The jails in Dickenson, Lee and Scott counties were each designated to house 34 inmates and were built in the early 1950s. Russell County’s jail was to house 36 inmates and was built in 1963, according to information from the Virginia Compensation Board.

Just before the regional jail system opened, a 2004 Virginia Compensation Board report showed that each of the counties in the region had overcrowded facilities.

Tazewell County, which didn’t join the authority until after the first three jails were built, had a jail originally built in 1952 to house 40 inmates. At times, the Tazewell County jail was at more than 200% capacity, according to the Compensation Board report.

Current Sheriff Brian Hiaett said Tazewell County built a facility because the previous one was “very old and outdated.” There were no computer systems, no central air, and it was packed, he said.

Southwest Virginia municipalities began considering a regional jail authority in 2000, the Herald Courier reported. They decided that taking a regional approach rather than building local jails would save millions of taxpayer dollars.

In Tazewell County, where a new jail was just built in 2000, the Board of Supervisors decided to join the regional network, which could help with costs and allow for inmates to be kept in the other jail facilities, Hiaett said.

“I do feel that having the regional jail does allow a sheriff’s office to concentrate on other aspects of law enforcement, such as investigating crimes, serving papers and patrolling our county because, even though the jail is regional, we continue to have a close relationship, and they are able to provide us with any help we need at their facilities,” Hiaett said. “The officers there assist us with investigations and allow us to use inmates for multiple projects throughout our communities.”

As of July 29, each of the regional jail facilities was below capacity, according to information provided by Superintendent Clear. With a total of 2,525 beds, only 2,121 people were incarcerated in the jails.

“In my opinion, overall, we have not reached overcrowding, taking into account the infrastructure and number of beds of the facilities,” Clear said. “However, on any given day, female/maximum security could be full at one of the facilities, and we do not accept inmates from outside our jurisdictions that meet that criteria.”

Clear noted that, in addition to the member counties and the city of Norton, the authority houses federal inmates from both Tennessee and Virginia, along with some inmates from the city of Bristol, Virginia, which is currently overcrowded.

The superintendent noted that if the federal and Bristol inmates were removed from the authority, the total population would be fewer than 2,000.

In recent years, it has cost around $60 to house each inmate at the authority’s facilities. The statewide average is $85, according to the Compensation Board.

Clear noted that the state provides some of the funding for inmates.

The latest available report shows the authority with $47.13 million in total expenses for fiscal year 2017.

In Tennessee, state law provides for the creation of a regional jail authority. However, none exist. Cities and counties, including Sullivan County, operate their own jails. Many of the state’s municipal jails are overcrowded.

A pod area is shown at the Southwest Virginia Regional Jail Authority in Abingdon, which opened nearly 15 years ago.

The booking area at the Southwest Virginia Regional Jail.

A classroom at the Southwest Virginia Regional Jail.

The kitchen at the Southwest Virginia Regional Jail.