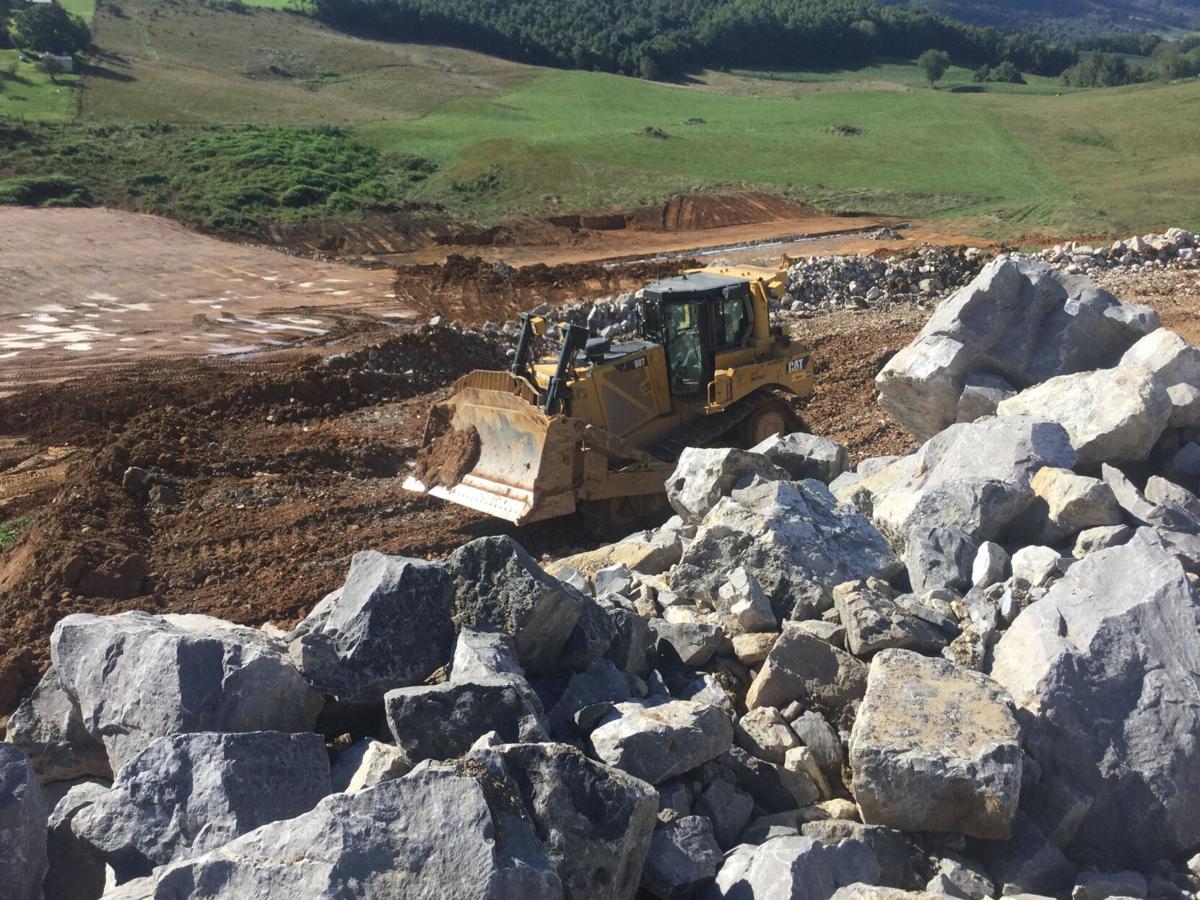 Construction crews work to prepare a site for a Pure Salmon facility on the Tazewell-Russell county line. INSET: A sign sits on the property. 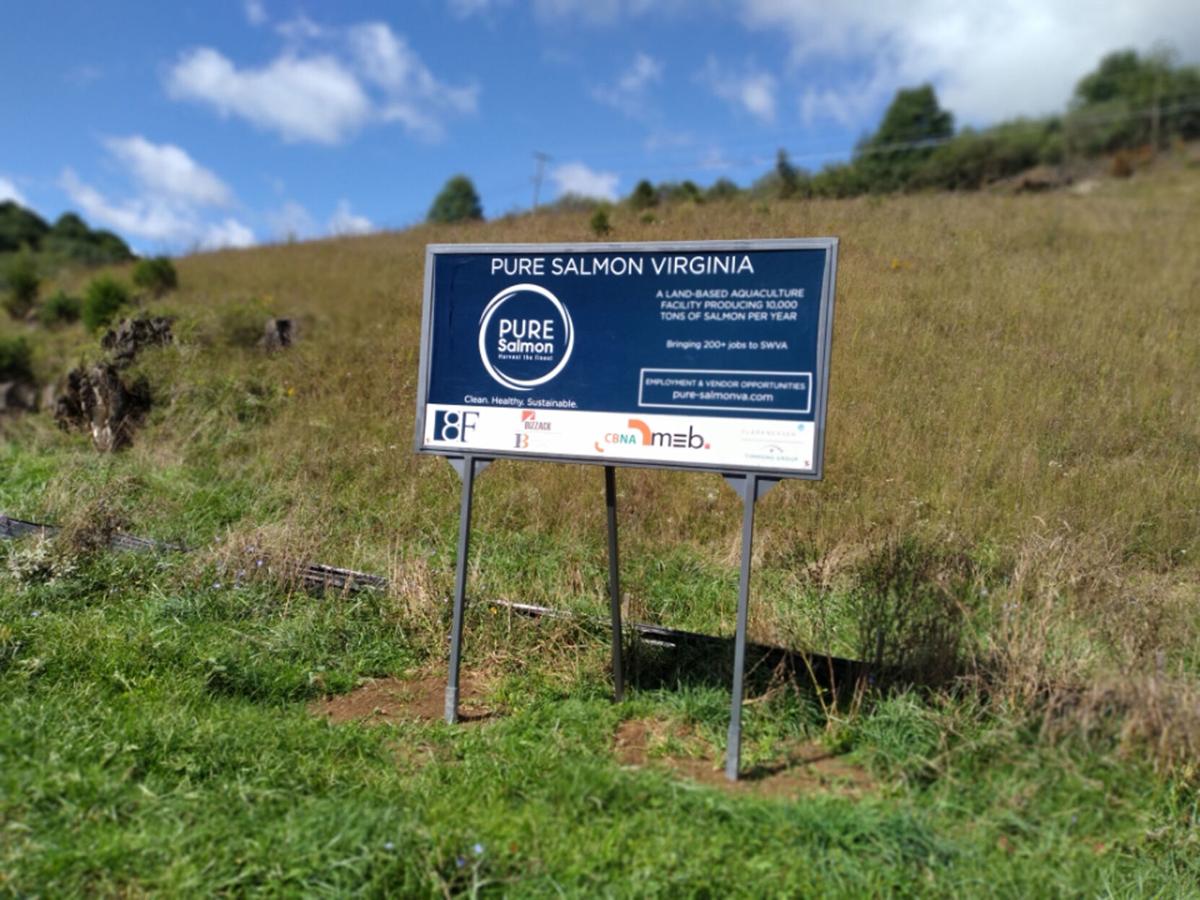 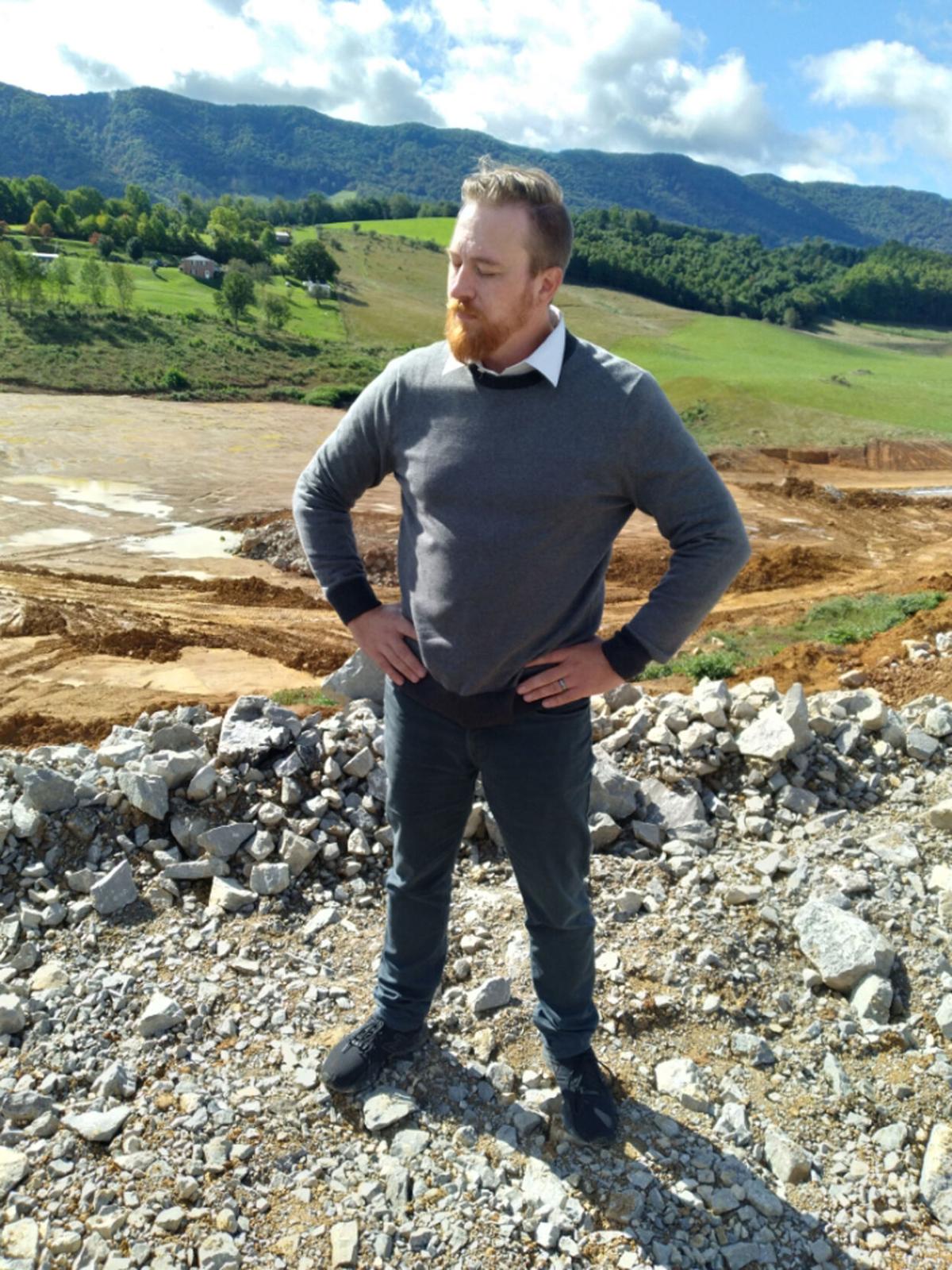 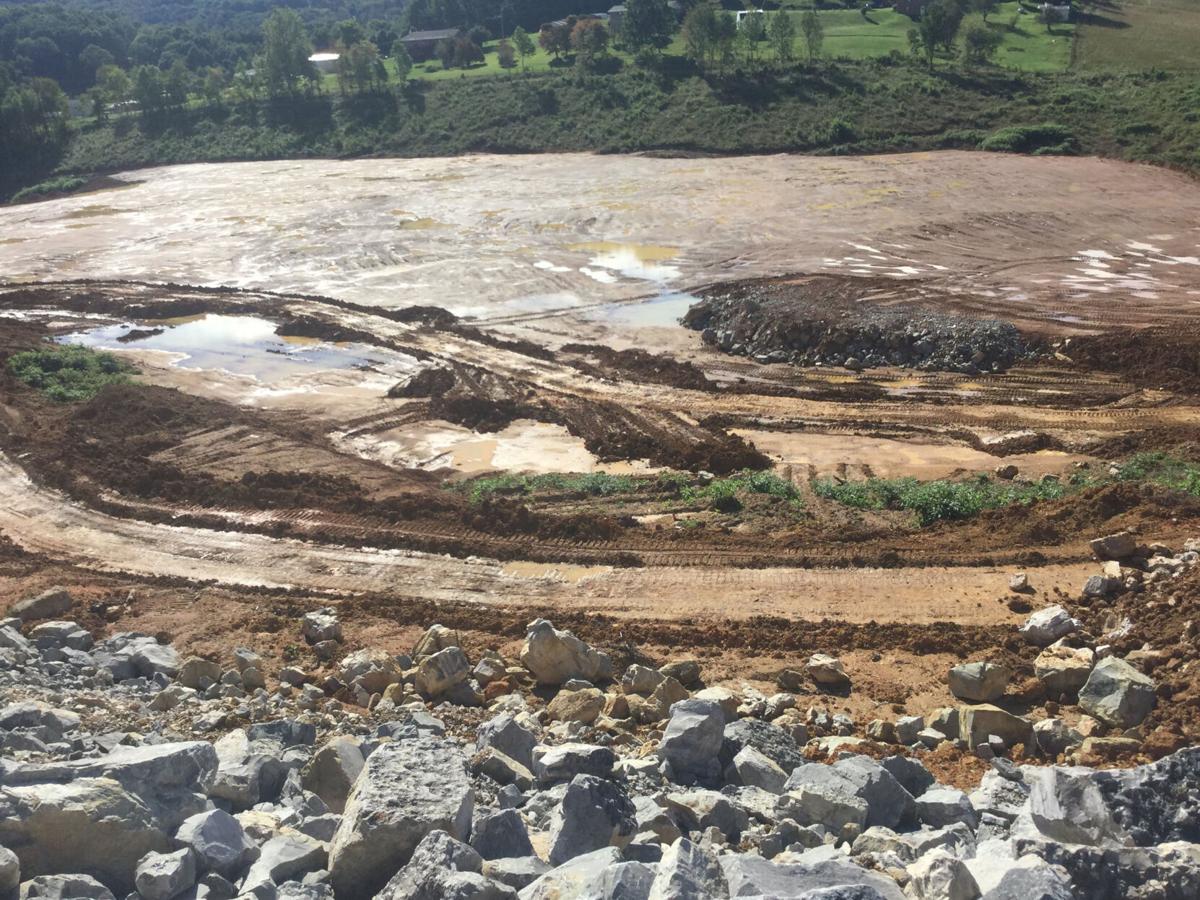 Some of the area cleared for the project.

WARDELL, Va. — From egg to plate could soon join farm to table as a common expression if Pure Salmon has its way.

Construction on the company’s facility is well underway on the Tazewell-Russell county line. Construction crews have worked 24 hours a day, six days a week since early summer to move 450,000 cubic yards of soil and rock, according to a fact sheet from the company. That is one-third of the amount they will move before construction is finished,

The company has kept 20,000 cubic yards of rock that will be used in the construction. Overall, the development is a $228 million project, which County Administrator Eric Young said is one of the largest private capital investments in the area’s history.

Paul Inskeep, project manager, said workers have been on site since the third quarter of 2020 when site preparation started. The project itself has been more than seven years in the making having started life as Project Jonah.

“Many years ago Delegate (Will) Morefield was looking at ways to diversify the area’s economy, and we began a discussion of aquaculture. The public incentives from VCEDA (Virginia Coalfield Economic Development Authority) and others was a factor and the main driver was the support of Tazewell County and their cooperation,” Lala Korell, who has been with the project since its inception, said.

The company hopes to bring more than 200 permanent jobs to the area, a lot of them in production. The process will start with eggs and proceed to harvest and sale. The work will be done in an uncontaminated environment with complete biosecurity.

“The growing of the salmon is where most of the infrastructure comes from, and the more labor intensive part is in the processing,” Inskeep said. The company’s information said the salmon would be fully traceable from egg to plate. “Just like a farm, the operation will be 24 (hours) a day, seven days a week and 365 days a year,” Inskeep said.

The company is holding a vendor outreach event for the construction phase of the work Oct. 5.

“We intend to take the 20,000 pounds of stone salvaged, crush it and use it in the road. We spent the summer seeing where the buildings could go, how much material we had to move and working hard to get ahead,” Inskeep said.

The first two years will be construction.

“From egg to harvest salmon take about 22 months, so the target date to begin operation is 2023,” he said.

The plant is scheduled to be fully operational by 2024-2025. He explained the site is more than a fish hatchery since the product will start as an egg and leave ready for sale.

DAMASCUS, Va. — Juggling a family and a job as a pastry chef is, well, a piece of cake for Joe Bridges, better known on social media as “Joe t…

Confederate statue at Washington County Courthouse to move due to construction

ABINGDON, Va. — Since the days of the Great Depression, a Confederate soldier monument has stood outside the Washington County Courthouse in A…

When a Meadowview woman had trouble finding caregivers for her young grandchildren, she did what any grandmother would like to do. She started her own preschool and day care to help her own daughters and other mothers in the area receive reliable child care.

A federal jury sided with the town of Abingdon on Thursday in a lawsuit filed by former Town Manager Gregory Kelly, who sought more than $100,000 in severance pay.

Closing the city’s embattled landfill will be neither quick nor simple, consultants told the Bristol Virginia City Council on Tuesday.

A Wise woman will serve 16 years behind bars following a crash last year that resulted in the death of another Southwest Virginia resident.

Approximately 150 concerned Bristol residents packed into the train station Tuesday night to share frustrations about Bristol, Virginia’s troublesome landfill and launch an advocacy group while also demanding that the landfill be closed as soon as possible.

While the delta variant continues to grip this region with significant numbers of deaths and hospitalizations, a health care expert expects th…

Construction crews work to prepare a site for a Pure Salmon facility on the Tazewell-Russell county line. INSET: A sign sits on the property.

Some of the area cleared for the project.