And as the state continues distributing COVID-19 vaccines, Lundberg, Crawford and Hulsey said they’ll work to ensure that receiving the shot remains optional.

A turbulent moment in history

Beyond the FBI’s active investigation of several members of the Tennessee House of Representatives from middle Tennessee, the 112th General Assembly’s current session is a historic one simply because it started during the pandemic that continues to grip the U.S. and countries around the world.

Multiple administrative staff members could not be reached to share the COVID-19 safety protocols in place for the legislature, which is meeting at its headquarters in downtown Nashville. But Michelle Hale Barker, a legislative assistant for state Rep. John Crawford, R-Kingsport, said that in-person visits to the session are being strictly limited, while a number of other protective measures are in place — plastic inserts between members’ seats in meeting rooms, for example, and lunch room meals that are covered and made to go.

“Staff are confined to their office areas. … The only time we see other staff members is when we’re going down the hall to deliver something, or to the bathroom,” Barker said.

A special session on education

Despite those disruptions, Lundberg, Crawford, Campbell and Hulsey laid out detailed agendas and expectations that made it clear they’re expecting this session to be a busy one.

All of them will be focusing on education, thanks to a special legislative session Gov. Bill Lee requested to start during the General Assembly’s second week.

In a statement from his office, Lee said he’ll ask the legislature to address problems in five key education areas: learning loss — which the governor said the pandemic has exacerbated — along with school funding, accountability, literacy and teacher pay.

“When you have a special session ... the only things you talk about are bills that try to fix that particular problem,” Hulsey said. “That [session] will be a big deal.”

Lundberg, who highlighted education as one of his own priorities during his reelection campaign, reiterated what he said last fall: He’ll advocate for the state’s K-12 teachers not to be evaluated by or penalized for their students’ standardized test scores this year. But he’ll also push for schools not to cancel those tests during the pandemic.

“I think that is a bad policy,” Lundberg said of halting standardized testing. “As policymakers, we need to see across the state what districts are doing really well, what they did do or [what they are] doing that we can replicate. … Testing is really important.”

Echoing Lee, Lundberg said he also supports the idea of putting some of the state’s CARES Act money and other available funds toward new literacy initiatives.

“I think it’s inexcusable that nearly one-third of Tennessee students don’t know how to read by third grade,” Lundberg said. “That’s the foundation for those kids to succeed. It’s indicative of where those kids will be in high school.”

“People who are a threat to society should be in jail, but if we have a lot of people that are there because they had a relatively minor crime and couldn’t pay a very small [sum] to get out, should they remain behind bars ... before they’ve gone on trial?” he asked. “If they are not a threat to society, no. Don’t take up the space [in jails with those cases].”

And Lundberg said he’d like to look into expanding job training programs for people reentering society after being incarcerated, as well as keeping some of the justice system’s virtual meeting practices begun during the pandemic, he said.

“Do we have to have prisoners and inmates come into a courtroom for arraignments? Can we do that online ... and save money on transportation and personnel costs?” he said.

One of the first issues Crawford named as a priority was unemployment assistance and job creation.

“We’ve had a lot of unemployment claims, so many that it’s overwhelmed the [Department of Labor and Workforce Development],” Crawford said. “We’ve got to fix some problems there, to make sure that the people that truly need this are receiving the care they need.”

Crawford said he’ll also try to figure out what he can do to improve the state’s emergency services, for the sake of both first-responders and the residents they serve.

And he said he’ll probably spend a good chunk of time reviewing new bills about the state’s election policies — not because he expects that to be more of an issue after the November election, he said, but because he serves in the House Elections and Campaign Finance Subcommittee.

“Every year, we have several election bills that come through,” Crawford said. “We’re going to have to look at [them] very closely and make sure [they meet] all the guidelines for the state of Tennessee and what the General Assembly has put in place.”

Campbell, who said the House GOP elected him majority assistant floor leader, said that he has already co-sponsored a bill that would make it legal for Tennessee residents to carry a handgun, either visibly or in a concealed way, without a permit.

“That is in accordance with our state and federal constitution,” Campbell said of the measure, which is often referred to as constitutional carry. “As a former talk radio host … [and] on the campaign trail in 2020 and really, frankly, for the last decade, I’ve heard a number of people talk about how we should have the right to keep and bear arms that should not be infringed.”

Campbell said he’s also identified a number of areas in need of road improvements within the House’s Third District, which includes parts of Sullivan and Carter counties along with Johnson County. He said he’ll push for those improvements, along with the creation of a boat ramp to Watauga Lake for Johnson County residents.

Hulsey said he needs to start the session by revisiting some bills that never made it through last year’s.

“When we shut down [because of the pandemic] and came home and then went back, there was not enough time to get all those bills through the House and Senate and get them passed,” Hulsey said.

One such bill, which Hulsey said he’s reviving this year, could save Tennessee “several million dollars” each year by letting the state more quickly move inmates with combined sentences from state to federal prisons, he said. He said that in his research on the matter last year, he learned that there were roughly 500 inmates in state penitentiaries who would be sent to federal penitentiaries after completing their sentences in Tennessee.

“The bill said if [those inmates] have served 50% of their state sentence, they’re eligible for parole and have a federal detainer against them that indicates they will serve more time in the federal penitentiary than they have left to serve in Tennessee,” then they’ll be moved to a federal penitentiary, Hulsey said.

He added that he’ll also push for the establishment of a state-run gold depository, something Texas recently did. He said there are private investors who would pay for its creation, and argued that it could become a valuable financial safety net if U.S. currency drops in value.

“The federal government is $23 trillion in debt and we haven’t even started to see the inflation that’s going to come from that,” he said. “To sit on a tangible asset of gold bullion and precious metal bullion is huge.”

Lundberg, Crawford, Campbell and Hulsey also all stressed that they will push for a balanced budget. Hulsey said he thinks achieving that could prove a big challenge this year, given the recession triggered by the pandemic. Lundberg was more optimistic.

“When we left [the General Assembly] last year, we expected the budget to be in much more difficult shape than it is, but frankly, we’re doing very well,” Lundberg said. “We have $500 million more right now than we anticipated, more than $1 billion in our rainy day fund, triple-A bond ratings from three agencies. …We have concerns ... but our foundation is incredibly strong.”

And Lundberg, Crawford and Hulsey said that if there’s any push to make COVID-19 vaccines mandatory, they’ll oppose it. Hulsey said that he’s actually already filed a bill that would make it unlawful to use police power or state or local government authority to require people to be vaccinated against the respiratory illness.

All three representatives said they’re taking that position because they’ve heard concerns about it from constituents, not because they’ve seen any indications that such a mandate could happen.

“I’m not anti-vaxxer. I’ve had vaccines myself,” Hulsey said. “The real motive is, there’s a great deal of fear [about mandatory vaccines] from people now.”

The Virginia General Assembly is scheduled to gavel in for a unique 30-day “short” session Wednesday, but even that appears subject to change. 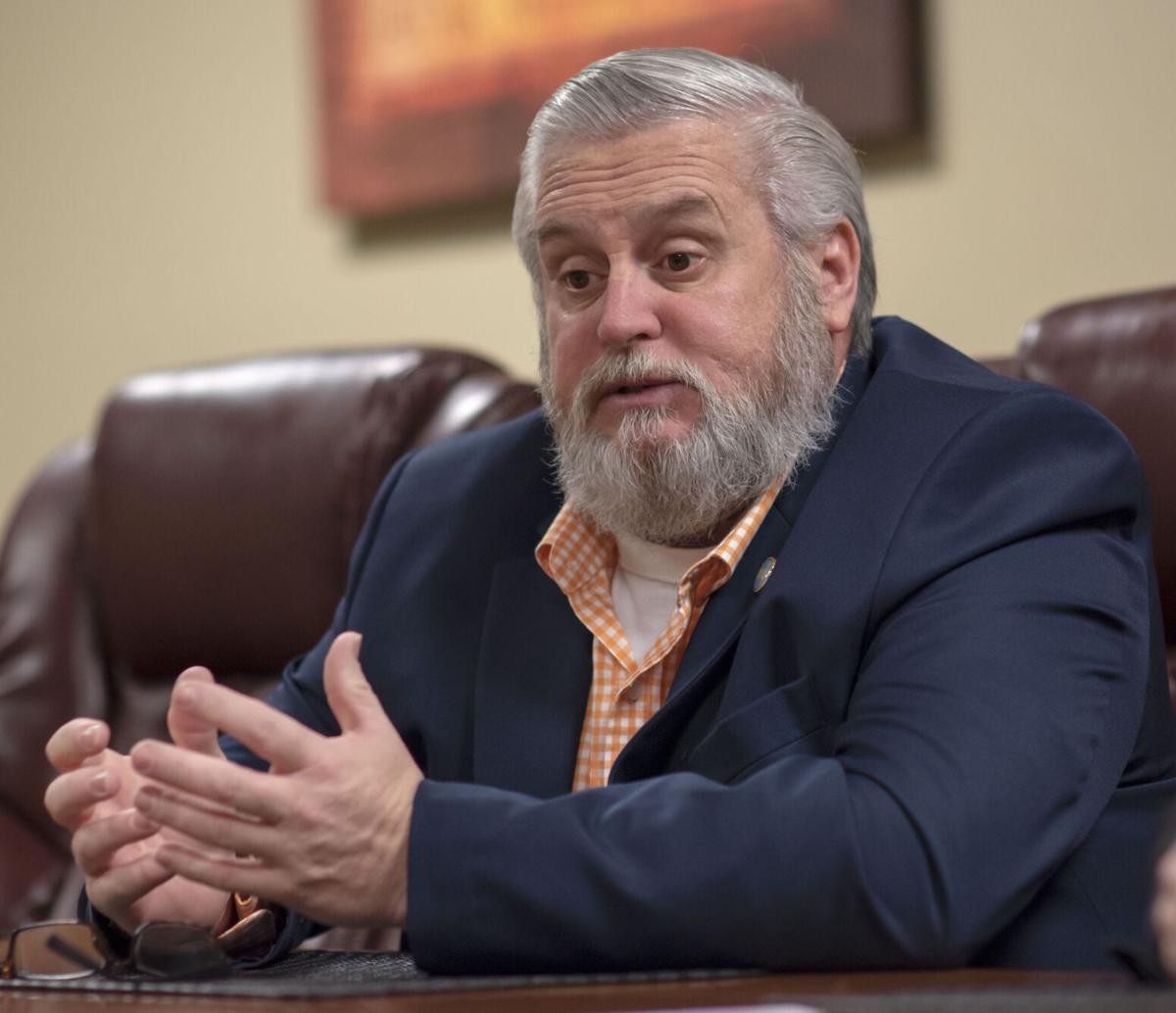 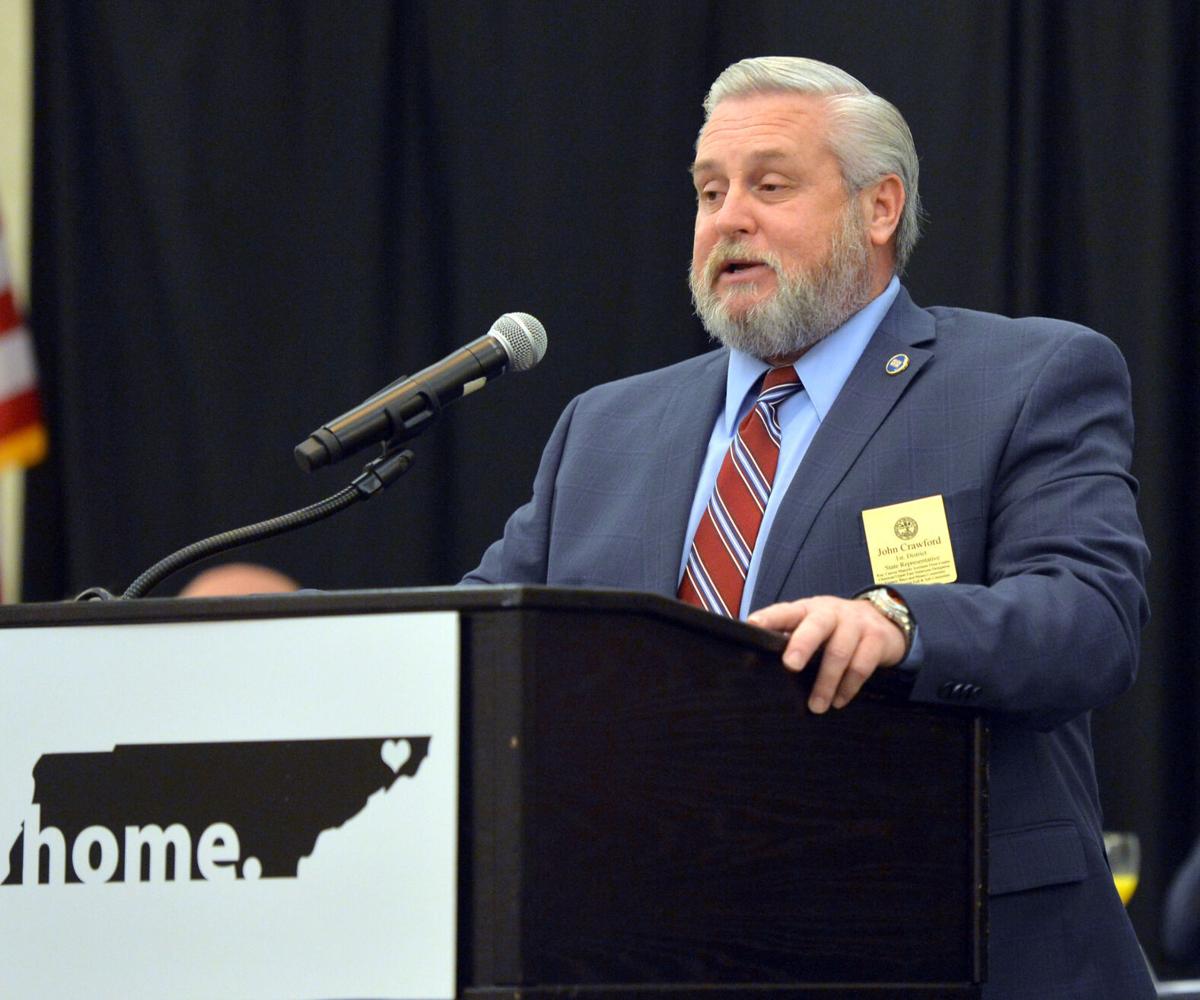 Tennessee state Rep. John Crawford speaks during an event in 2019. 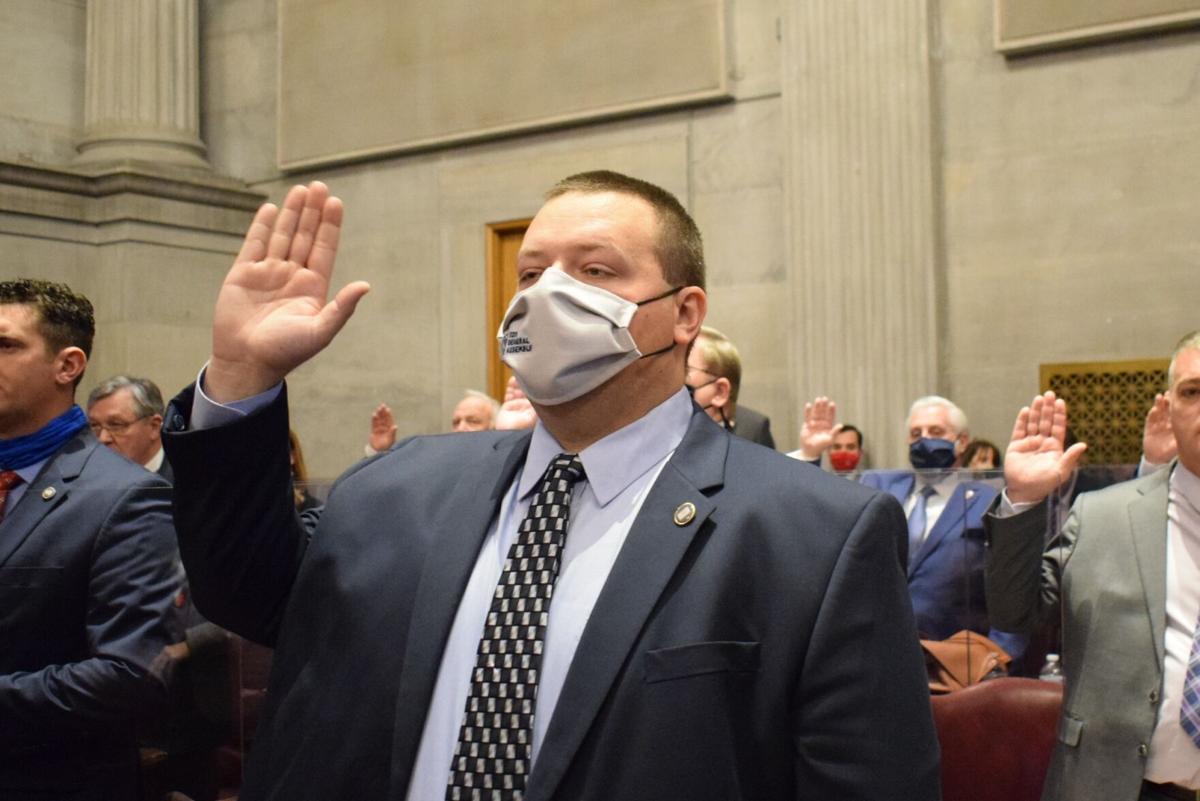 State Rep. Scotty Campbell during the swearing-in of lawmakers Tuesday in Nashville.