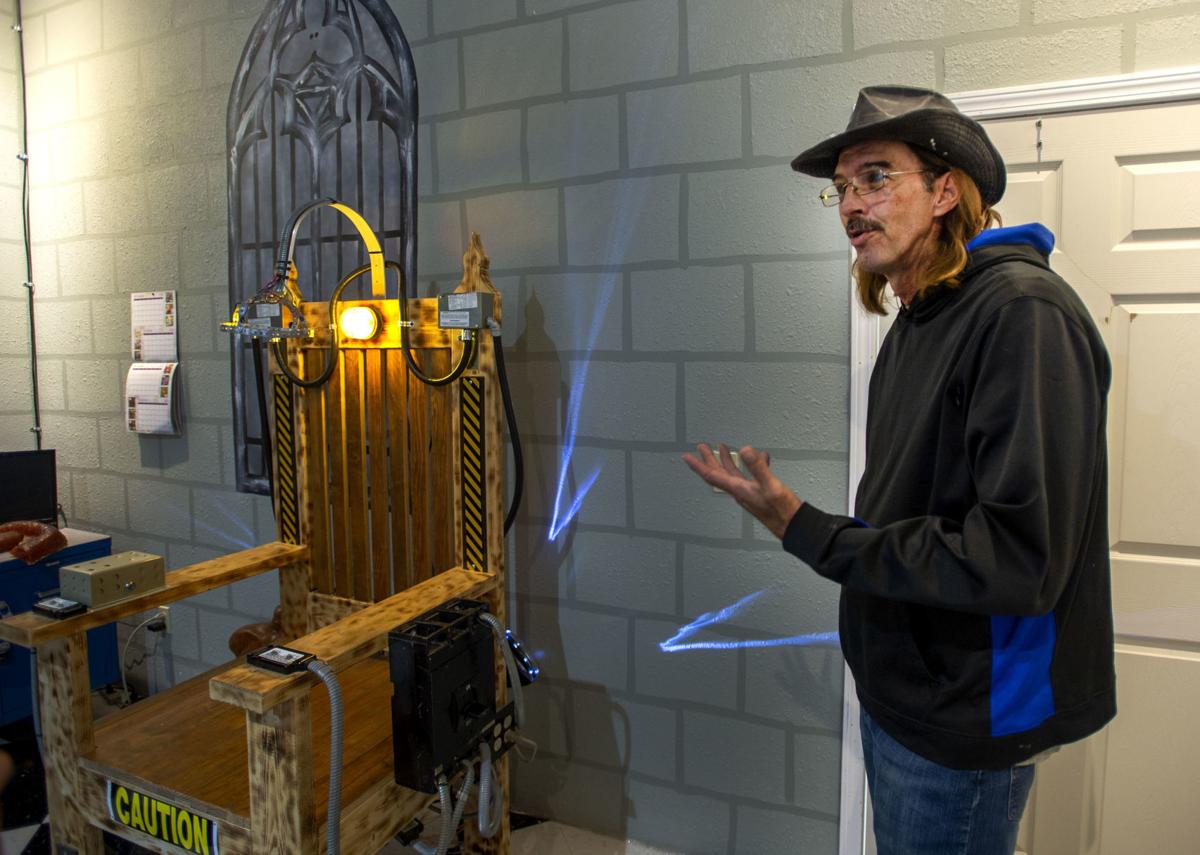 Will Ennis, owner of Intense Escape, talks about the challenges in the Last Hour escape room. 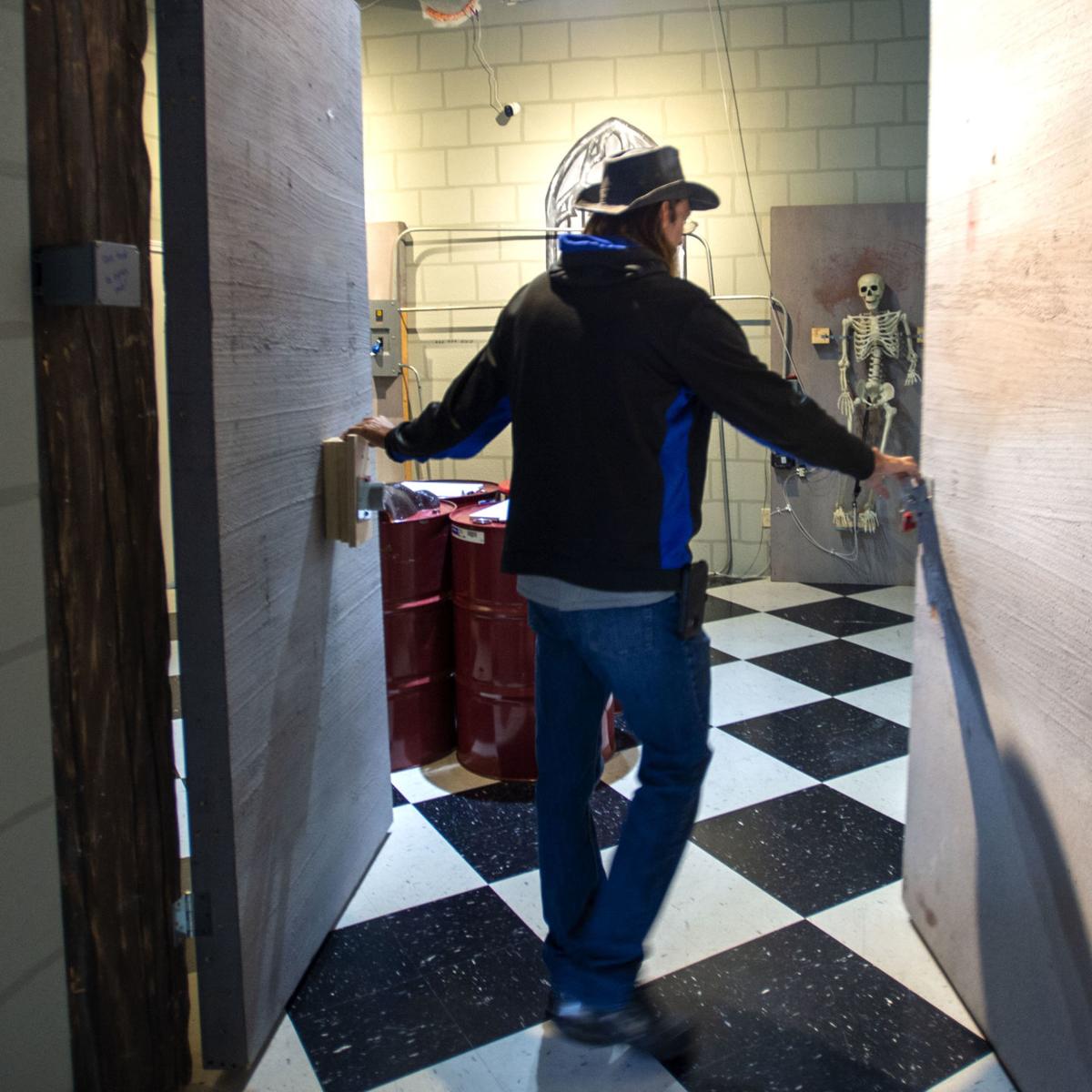 Will Ennis, owner of Intense Escape, walks into the Last Hour escape room. 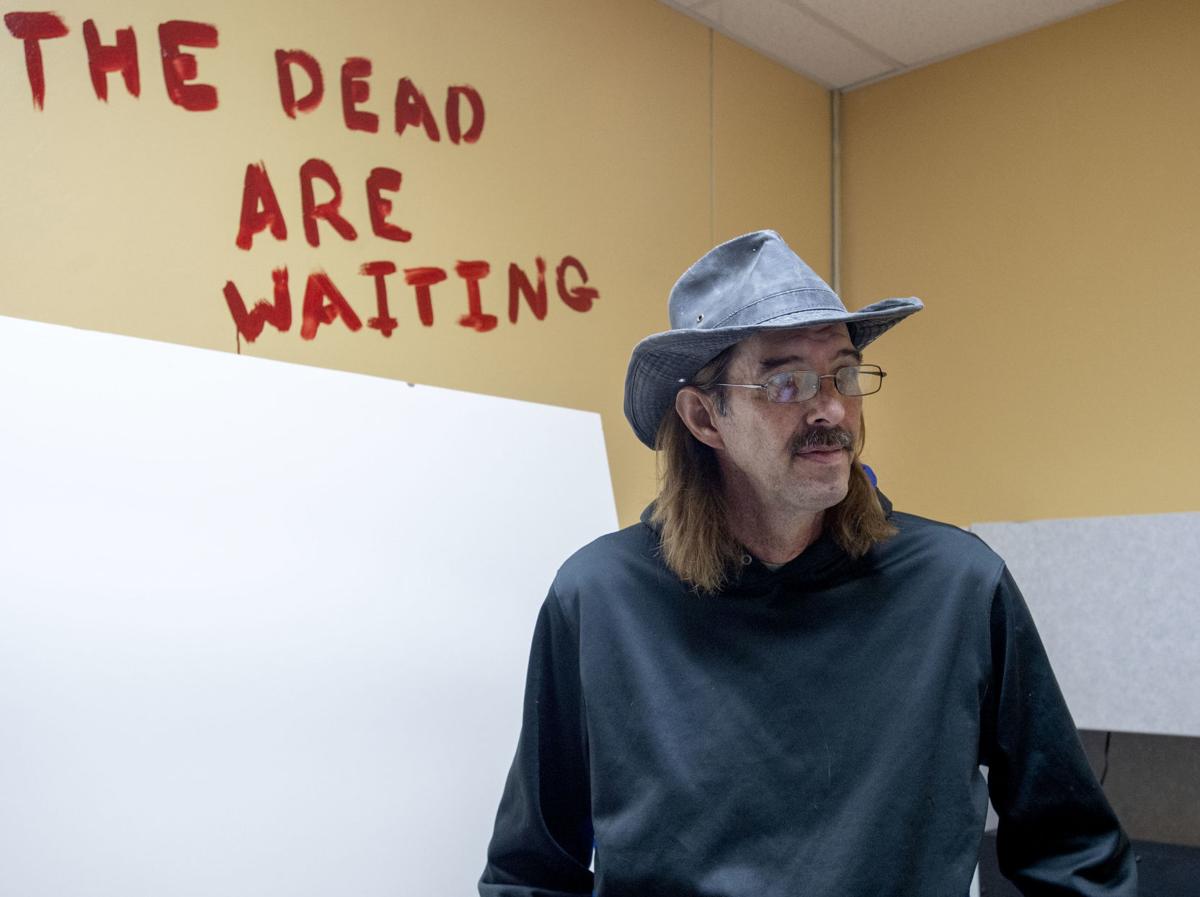 Will Ennis, owner of Intense Escape, talks about the challenges in the Zombie Virus escape room. 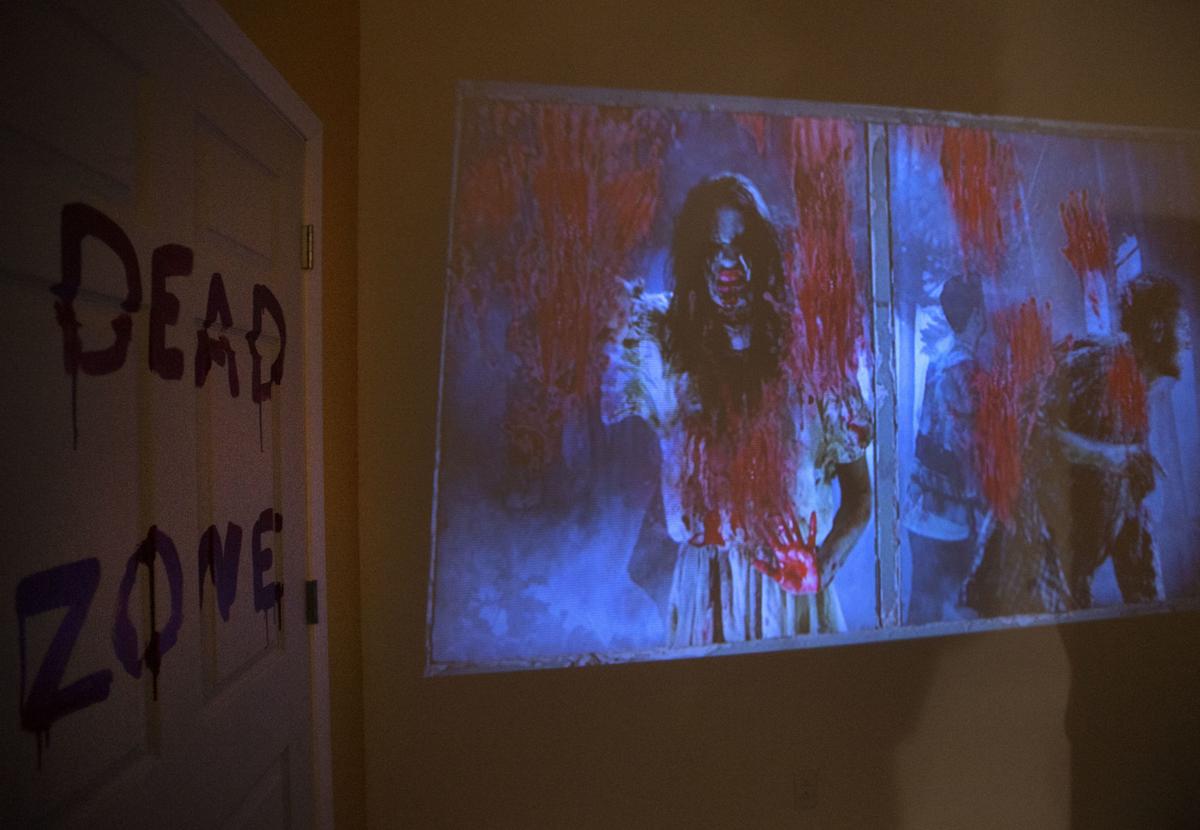 A view of part of the Zombie Virus escape room at Intense Escape. 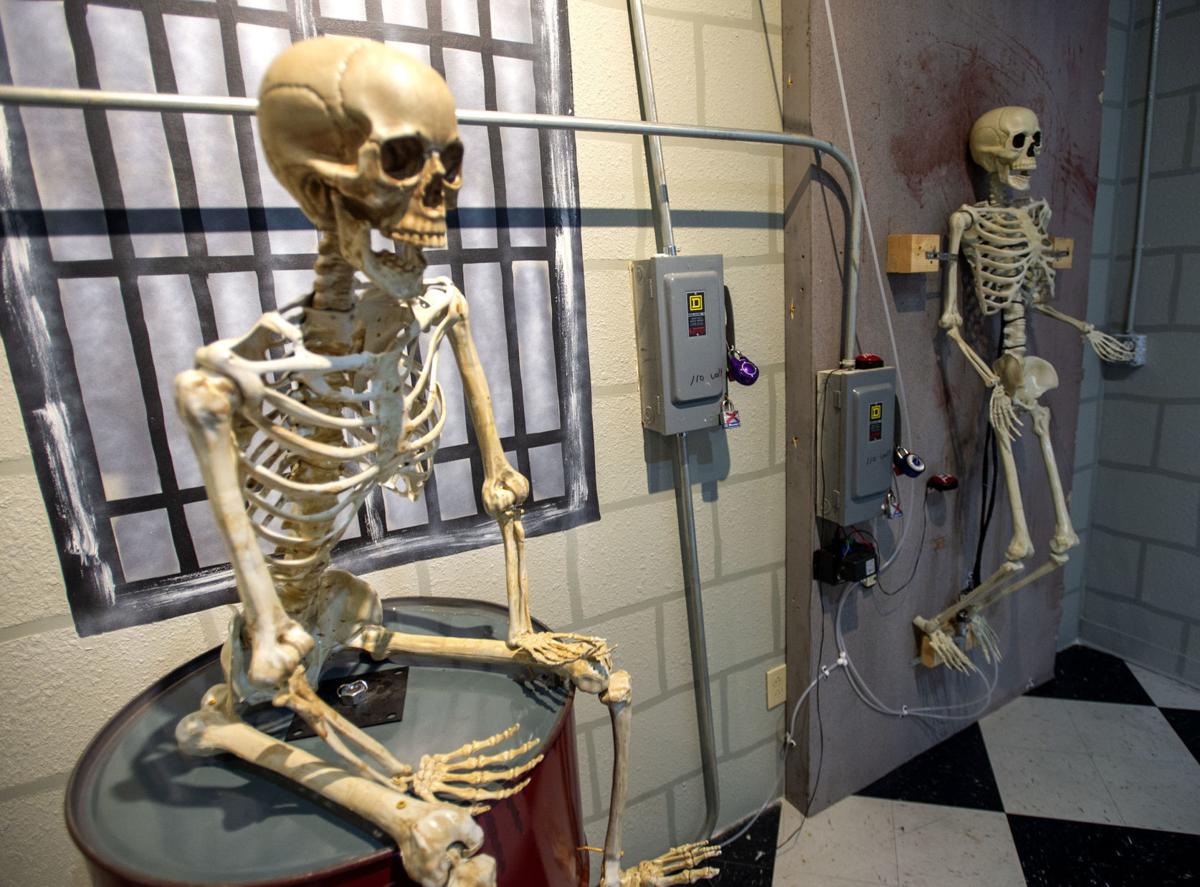 A view of part of the Last Hour escape room at Intense Escape.

BRISTOL, Va. — If solving puzzles while coping with the threat of werewolves, crazed killers and zombies is your thing, a new escape game in Bristol is right up your alley.

Intense Escape recently opened in the Linden Square shopping center near Interstate 81’s Exit 7. The business offers three themed rooms packed with a variety of intensity and difficulty. Crack a series of codes, solve all of the clues and puzzles within an hour and you and your friends escape safely. If the timer runs out, well, that’s another story.

Intense Escape was designed and is operated by Will Ennis, who ran the haunted house in Bristol, Virginia last year.

“We have three rooms available to choose from, and, once they get into a room, they have one hour to solve all the clues, puzzles and props to exit the room,” Ennis said Wednesday. “They’re all kind of scary-themed, but the rooms are not actually scary. We have a couple of jump scares but no live bodies jumping out at you like the haunted house.”

Ennis, who works at the Barter Theatre, opted to try the game as a business, since a haunted house has a short season. He visited a number of other escape games around the region before developing this one.

“We have a whole different type of set. Most have a theme. The theme in these has larger props; we try to immerse you into the theme of that room,” he said. “I think we have something you have to travel quite a ways out of this area to find. Research has shown the most popular escape rooms in the country are the scary-themed escape rooms.”

The rooms — Last Hour, Bite of the Wolf and Zombie Virus — each offers a dizzying array of clues, ciphers and padlocked places.

Last Hour is designed as the most challenging with two separate rooms, locks on seemingly everything, false clues and multiple surprises.

“They’re trapped in this little room and have to figure out how to get through that door,” Ennis said, opening the way into a larger torture chamber space filled with chilling imagery — severed body parts, chained skeletons and an electric chair. Clues and puzzles could either lead players out the door or to another dead end.

Did we mention there’s an electric chair?

Bite of the Wolf takes players into the mountains with clues inside and around a foreboding cabin. Ennis calls this the “coolest room” because players begin in the dark and part of the fun is figuring out how to turn the lights on. The theme is someone in the group has been bitten by the werewolf, and players must find the antidote, but even that isn’t the end of the game.

And yes, chances are the life-sized werewolf lurking in the corner will be in a bad mood.

“We give them a key to everything, but they have to use that key to solve the puzzle,” Ennis said.

A third room, called Zombie Virus, is finished but will host some test groups before opening to the public — likely this weekend, Ennis said. It is considered the easiest to solve.

The room is a lab setting with clues hidden in nearly every corner, so players have to figure out what will save them and how to get out before the zombies get in, Ennis said.

The attraction is designed for friends, families, co-workers or corporate groups.

“We’re pretty excited about it. What people we’ve had come through so far have given us real good reviews,” he said.

Intense Escape opens weekdays at 5 p.m. and 2:30 p.m. on Saturdays and Sundays.

Bookings are done online, through either the website or Facebook page, but walk-ins will be accepted if time and space allow, Ennis said.

Including taxes and fees, admission is $24 for adults and $16 for children ages 14 and younger.

Will Ennis, owner of Intense Escape, talks about the challenges in the Last Hour escape room.

Will Ennis, owner of Intense Escape, walks into the Last Hour escape room.

Will Ennis, owner of Intense Escape, talks about the challenges in the Zombie Virus escape room.

A view of part of the Zombie Virus escape room at Intense Escape.

A view of part of the Last Hour escape room at Intense Escape.