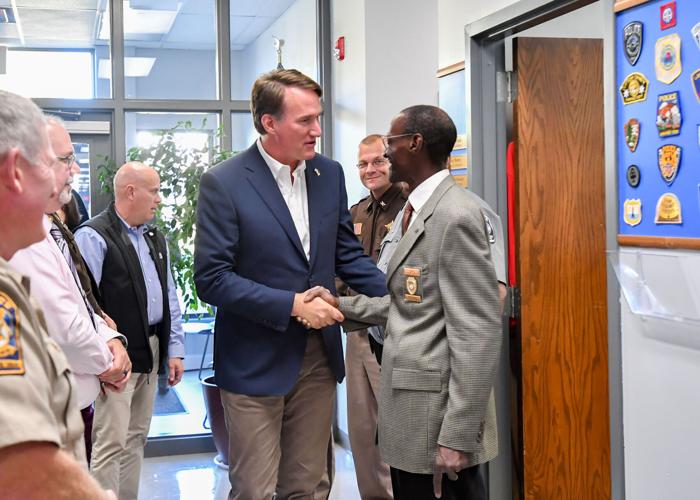 Gov. Glenn Youngkin shakes hands with the Rev. William Reid as he enters the Southwest Virginia Criminal Justice Training Academy for a chance to speak with local officers and announce a new law he wishes to pass in regards to fentanyl safety. 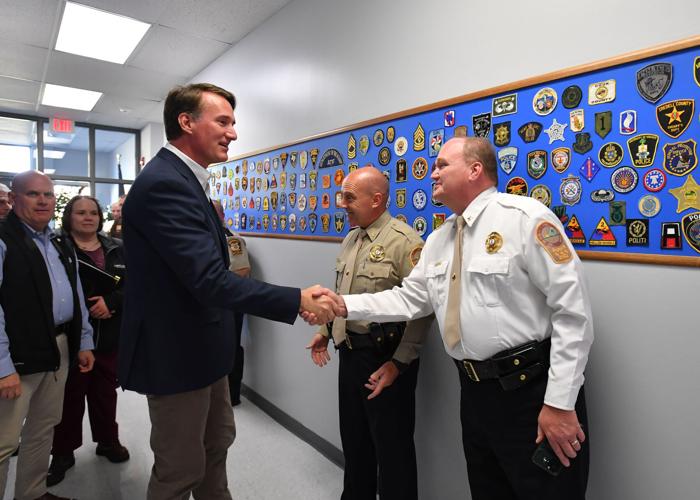 BRISTOL, Va. — During a Friday swing through Southwest Virginia, Governor Glenn Youngkin stopped by the Southwest Virginia Criminal Justice Training Academy where he called for the legislature to make the sale, manufacture, and distribution of drugs resulting in a fatal overdose a felony homicide.

“Since that bill was vetoed in May of 2019 we have lost 4,702 Virginians to fentanyl overdoses. So, in the upcoming general assembly session, I am asking our friends in the General Assembly to send that exact same bill to my desk, and I will sign it into law,” Youngkin said.

Referencing a bill vetoed by Youngkin’s predecessor former Gov. Ralph Northam in 2019. Youngkin he believes the bill, if approved, would have saved lives and helped turn the tide of the fight against the opioid epidemic.

Youngkin was given a tour of the academy’s facilities and spoke with officers, who were at the academy taking a fentanyl safety for law enforcement course, about the importance of their work as the opioid crisis continues to affect Virginians.

“I just deeply appreciate all of you dedicating your time in order to be more informed, better educated, and to continue to be the great professionals that you all are in order to deal with this absolute crisis that we’re seeing across the commonwealth,” Youngkin said. “As we watch Virginians and Americans suffer mightily from this fentanyl crisis that we’re dealing with that has presented itself in a way that, unfortunately, I don’t think has fully been recognized by people across this nation. I look forward to hopefully equipping you with the better tools. But, most importantly, know that we’re with you together, as we try to as we try to combat this epidemic.”

At the end of his visit Youngkin emphasized that Virginians will start to hear a lot more from him about the opioid epidemic once again highlighting the work being done at the Southwest Virginia Criminal Justice Academy.

“You’re gonna hear a lot more about this topic from me and the First Lady, as we’re literally on a crusade,” Youngkin said. “There’s no better place than in Southwest Virginia today at this remarkable training academy to begin this journey together.”

Gov. Glenn Youngkin shakes hands with the Rev. William Reid as he enters the Southwest Virginia Criminal Justice Training Academy for a chance to speak with local officers and announce a new law he wishes to pass in regards to fentanyl safety.