BLOUNTVILLE, Tenn. — The highly anticipated trial of Megan Boswell in the death of her daughter will likely be delayed again after Boswell’s attorney was allowed to depart from the case on Friday.

Sullivan County Criminal Court Judge James F. Goodwin granted the motion by Boswell’s attorney, Brad Sproles, to withdraw from the case after he and Boswell had an apparent falling out. Sproles told Goodwin during Friday’s brief hearing he felt the attorney-client relationship was broken beyond repair.

Sproles was subsequently dismissed from the case.

In September, Boswell herself spoke up and requested that Goodwin appoint her a new lawyer over “differences of opinion” with Sproles, who stated that their relationship had deteriorated to the point where it impeded their ability to prepare.

Attorney Gene Scott was appointed to represent Boswell, who he joined at the defense table after Sproles departed during Friday’s six-minute hearing.

Boswell faces a slew of charges, including murder, in the death of her 15-month-old child Evelyn, whose remains were discovered in March 2020.

The next hearing in the case will be a status hearing on Wednesday, Dec. 14, as Scott familiarizes himself with what District Attorney General Barry Staubus called “a voluminous case”, one that is supposed to go to trial Feb. 6; however, Scott said on Friday he doesn’t anticipate being ready by then.

“I don’t anticipate you’ll be ready, either,” Goodwin said. “Let’s talk about that on the 14th after you’ve had time to look through the materials.”

Evelyn’s body was found in a playhouse on a family property in Blountville 17 days after the child was reported missing by Boswell’s father, according to past testimony.

Boswell was charged with false reporting prior to the discovery and additional counts of false reporting in May 2020 before being indicted on murder and other charges in August 2020.

In a nearly three-hour hearing in September, a special agent from the Tennessee Bureau of Investigation testified that Evelyn’s body was found in a trash can. An expert in forensic pathology testified Evelyn was found upside down with her head wrapped tightly by a blanket and aluminum foil.

The expert witness said they believe the child’s death was a homicide caused by asphyxia.

Also in September’s hearing, Goodwin ruled on what photos can be used during trial. Ultimately, Goodwin barred several pictures from use, including two graphic, bothersome photos he felt would be problematic to show jurors.

The court still has to rule on a change of venue motion, which could take the trial out of Sullivan County. 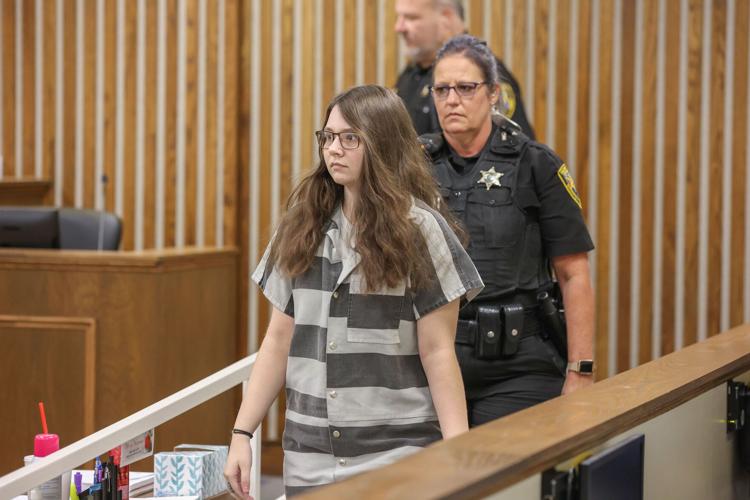 Megan Boswell enters the court room during her October hearing. Boswell will return to court on Dec. 14 for the next hearing. 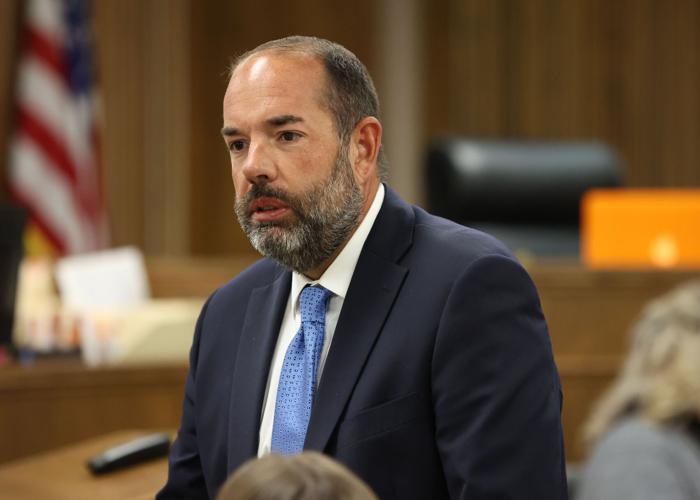 Gene Scott, Megan Boswell's new attorney who has replaced her previous defense attorney Brad Sproles. Scott will represent Boswell in her next hearing on Dec.14. 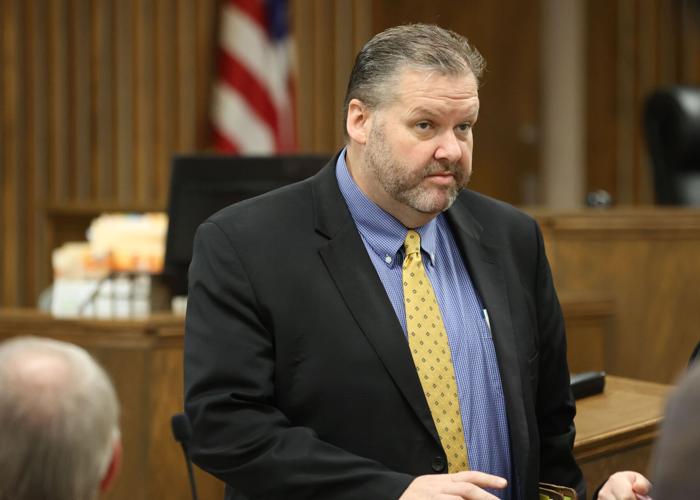 Brad Sproles, Boswell’s previous defense attorney, after the end of the hearing for Megan Boswell. Sproles’ reasoning for the motion is due to the great differences in their attorney-client relationship.