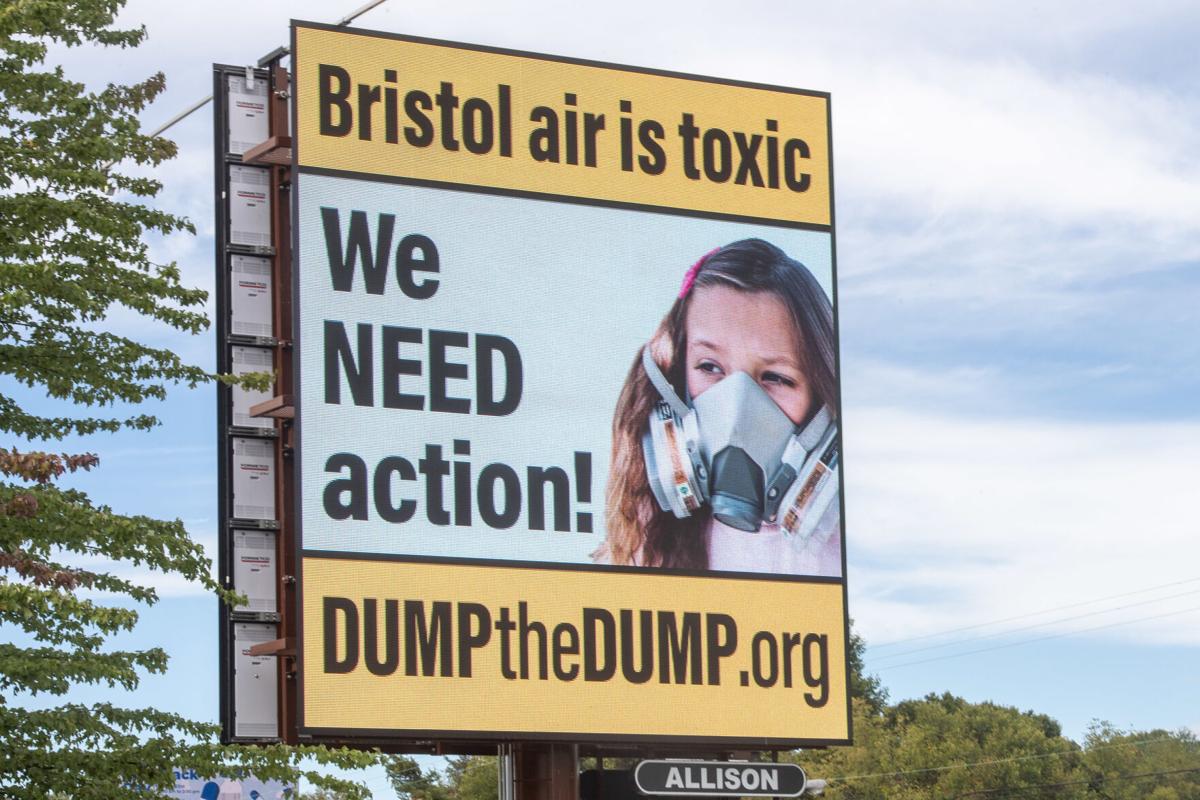 An electronic billboard at the intersection of State Street and Gate City Highway for DumptheDump.org. 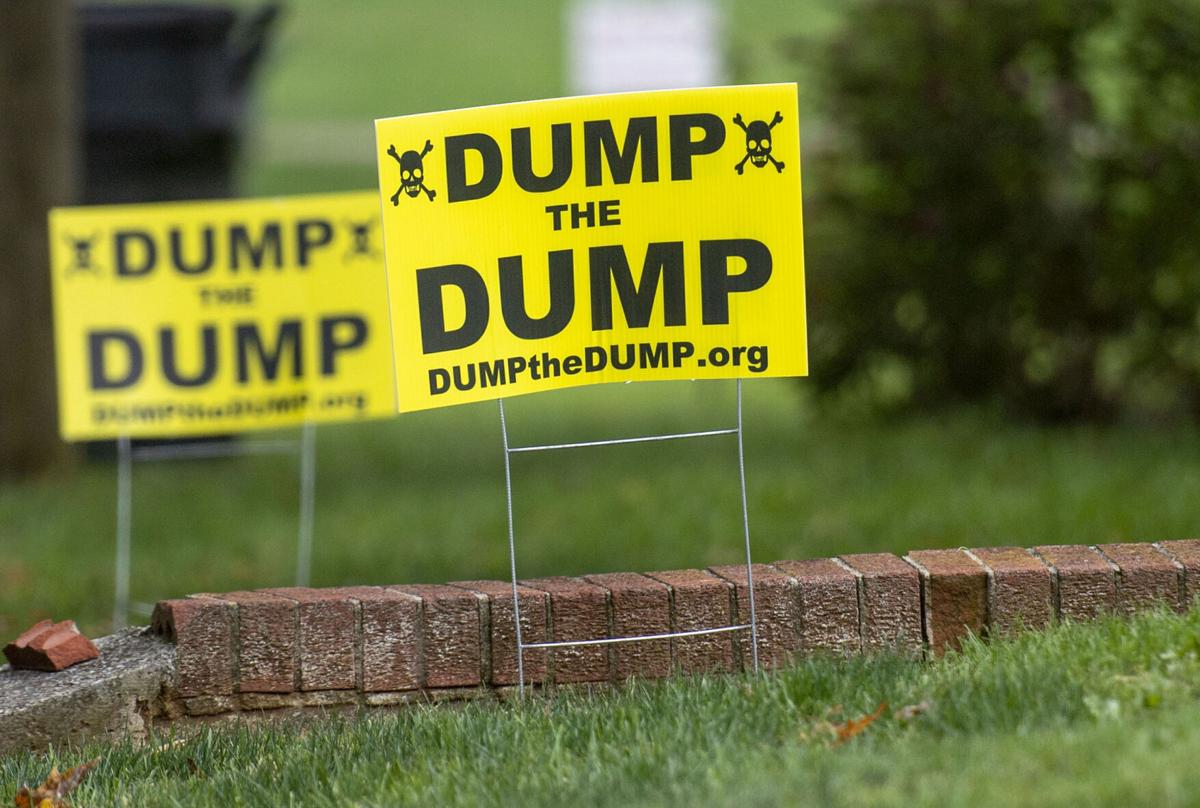 Signs to "Dump the Dump" can be seen around neighborhoods in Bristol TN/VA.

BRISTOL, Va. — Bristol, Virginia leaders have resumed communicating with the public regarding their embattled landfill after consulting with an outside attorney.

City Manager Randy Eads, who doubles as the city attorney, said he spoke at length Wednesday night with another attorney who advised them to resume responding to citizen comments or concerns. The city temporarily halted such interaction last Friday, Oct. 1, upon learning the city of Bristol, Tennessee retained a Richmond law firm and an environmental lab in the wake of widespread concern about odors coming from the landfill on Shakesville Road.

They city issued a written statement Oct. 1 that read in part, “Based on the potential for litigation and in consultation with outside counsel, the city of Bristol, Virginia will not be making any further comments about the landfill until city staff and council have had an opportunity to have a more detailed discussion with outside legal counsel.”

“That has changed simply because myself and outside counsel had an opportunity to discuss this and to figure out how we should move forward,” Eads told the editorial board of the Bristol Herald Courier on Thursday. “At this point, a lawsuit has not been filed. Even when a lawsuit is filed there is going to be communication with citizens going forward. It is imperative that communications stay open, that we allow citizens to know what we’re doing correcting the issues.”

After speaking with the outside attorney, Eads said keeping the public apprised of what is occurring is “of utmost importance.”

Eads said he understands and appreciates the public’s frustration with the odor problem, which has lingered for nearly a year while the city has taken a number of steps to try and address the issue.

“It’s important the public knows what’s going on,” Eads said. “I’ve been out there, I’ve smelled it, and it is absolutely horrible. … It impacts people’s quality of life. But I don’t know of one business anywhere that is not going to take a moment and stop everything when they’ve been told there may be potential litigation. From a legal aspect, that was the right thing for the city to do at that moment until we could wrap our heads around which way we would go.”

Prior to Oct. 1, the city has regularly responded to citizen concerns, hosted monthly update meetings throughout the summer and the landfill has been a regular topic of discussion and debate among the City Council, Eads said. The city also regularly updates a page on its website with information regarding the landfill.

“This is not something we’ve shied away from discussing,” Eads said. “I know there’s people who believe we haven’t been transparent, but we’re giving people every bit of information that we have as quickly as we can.”

On Tuesday, representatives of Draper Aden Associates and SCS Engineers — the city’s landfill consultants — are scheduled to make a presentation during the City Council meeting. To accommodate more people, since COVID-19 attendance restrictions are in place at City Hall, the event will be held at the Virginia High School auditorium in addition to being streamed live over the city’s channel.

That meeting begins at 6 p.m.

An electronic billboard at the intersection of State Street and Gate City Highway for DumptheDump.org.

Signs to "Dump the Dump" can be seen around neighborhoods in Bristol TN/VA.