On Oct. 12, the Bristol Virginia City Council voted 3-2 to accept an agreement intended to shutter the overcrowded city jail and join the Regional Jail Authority. A week later, on Oct. 19, the authority board voted 24-0 to accept that same agreement. 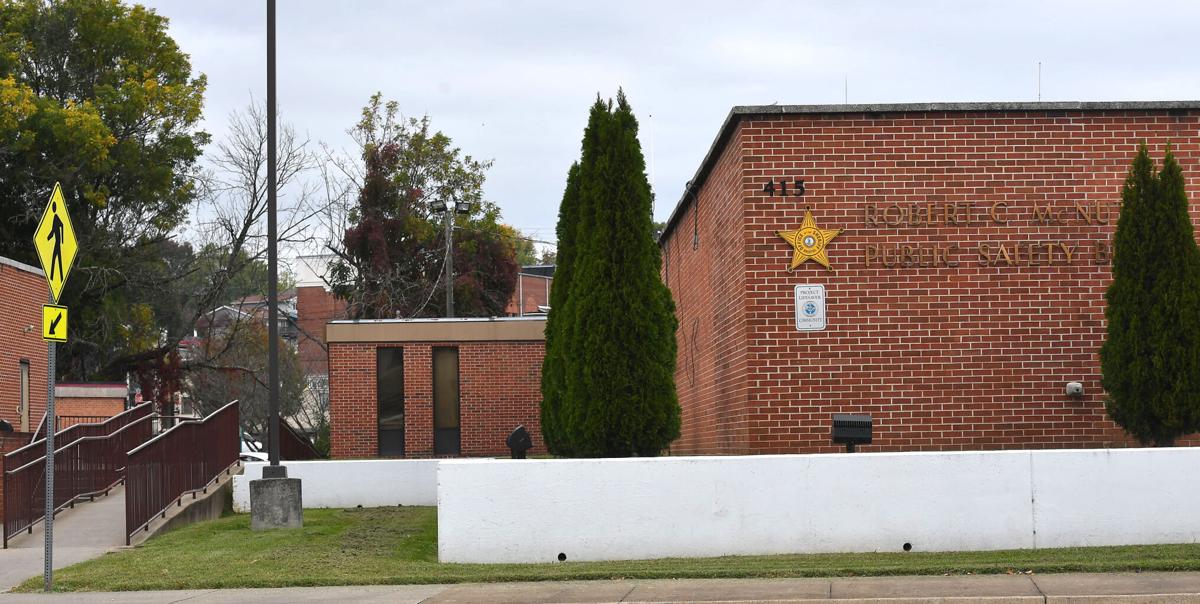 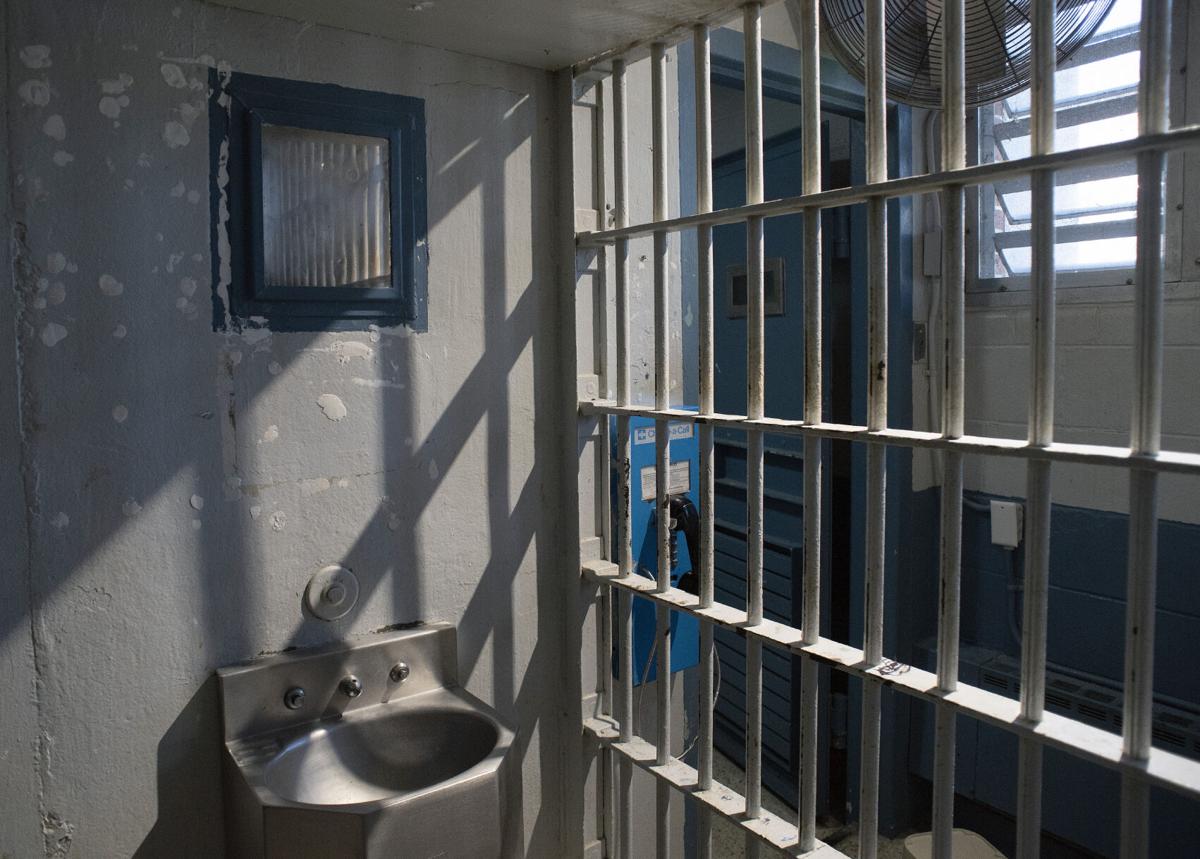 A charge-only pay phone for inmates is attached to the wall outside of the stell bars and next to the sink in the trustee's cell of the Bristol Virginia jail.

BRISTOL, Va. — When the two candidates for city sheriff kicked off their respective campaigns back in the spring, the overriding issue was the aging, overcrowded city jail and how each planned to improve its operation,

As Election Day approaches, it appears all the winner will be responsible for is closing it.

Those candidates — Tyrone Foster and Charlie Thomas — have repeatedly urged the Bristol Virginia City Council to slow down the process of joining the Southwest Virginia Regional Jail Authority, but those pleas fell on mostly deaf ears.

The next sheriff takes office Jan. 1, and, if everything occurs as expected, by then, the city will be a full member of the regional Jail Authority, and its 53-year-old lockup will be in its final days of operation.

This past week a group calling itself Citizens of Bristol Virginia established a Facebook page which on Friday had 520 members. Its stated purpose is to “unite the community on topics such as the jail closure and the (city) landfill.”

Their intent is to save the jail and preserve the jobs of people who work there, but it appears their efforts are too little and far too late.

Jail overcrowding has been an issue for more than a decade and three previous times city leaders have examined joining the regional system. With the city unable to fund the millions required to build a new jail and unwilling to continue shelling out $1 million, or more, annually just to house its excess prisoners elsewhere, the city recently took action.

In April the City Council directed City Manager Randy Eads to negotiate with the jail authority, and this summer the authority agreed. Both sides met in September and hammered out the details.

On Oct. 12 the Bristol Virginia City Council voted 3-2 to accept an agreement intended to shutter the overcrowded city lockup and join the Regional Jail Authority. A week later, on Oct. 19, the authority board voted 24-0 to accept that same agreement — initiating a series of required approvals by the existing nine county boards of supervisors and the Norton City Council.

The lynchpin approval is expected in December when the Virginia Resources Authority meets in Richmond. The VRA oversees the jail authority’s long-term bond indebtedness which Bristol will become partially responsible for by joining. Bristol Virginia’s City Council has one final vote on the VRA terms.

“Unfortunately I think we have started a process in motion that we can’t stop,” candidate Charlie Thomas said last week. “We have to do something. There is no way we can keep 200 inmates in the facility we’ve got. … I think because of the timing of all this and we’ve already had the vote on the resolution, I think it’s difficult to put the brakes on. We’ve put our council members in a position that if they vote no, they may not get the chance to go back and be part of the regional jail system and, if they vote yes, they’re going against the wishes of the taxpayers.”

“Personally I think they could have waited. I wasn’t in the conversations with the city manager and the people he was talking with. Maybe it wasn’t feasible to wait longer. All I heard from the last meeting was ‘we’ve got to do it now.’ I’m not criticizing anybody because sometimes the School Board makes decisions that aren’t popular, but we do it for the betterment of the city. If this is for the betterment of the city then we’ll have to live with it,” Foster said.

Foster frets that the decision-making may not have included an honest look into the future.

“With the casino coming, it’s going to be more stress. You’re going to have some problems or issues,” Foster said. “Everybody that is coming here is not going to be on their best behavior. I’m concerned we’ll spend more time running up and down the interstate. I don’t know how much money it would cost or if they could renovate the jail or not, but public safety should be number one.”

The jail agreement specifies the jail authority will interview and intends to hire all Compensation Board-sworn officers, but both candidates continue to express concern.

“I feel for those guys who are potentially losing jobs. I think it’s important to keep as many jobs in the city as we can. But I’ve also worked in public safety for the past 30 years, and I know we could be one bad call away from somebody losing their life. I don’t think the public safety concerns have been given the consideration they should have,” Thomas said.

Thomas said he appreciates the effort to hire city jail employees at the regional facilities, but he understands the concerns of current jail employees who may not want to make that move.

“I understand the [city] jail is aging and in need of repair. I had a plan to address some of the overcrowding issues, but my biggest concern is the employees,” Foster said. “That is great they (authority) are going to offer those positions. But if I’m a sergeant or a lieutenant, are you going to offer me a sergeant or lieutenant’s position? Either way I’m still driving 30 miles there; 30 miles back from home so where is the common ground? My biggest concern is to look out for the employees.”

Because both departments are funded by the Compensation Board, ranked officers pay is the same at both facilities, authority Superintendent Steve Clear said.

“I understand where the city is at financially. I think we all do. And I think people would be a lot more comfortable with this decision if some of the questions raised back in April had been answered, Thomas said.

Foster said he hopes some changes could still occur.

“I want to see Bristol thrive. I feel if the jail closes it will put more of a strain on the police department,” Foster said. “I know others have closed their jails to join the regional jail, but they’re mostly towns. Bristol is a small city, and this is part of our identity.”

Thomas urged the public to remain engaged on this issue.

“I hope the people who want the jail to stay here will reach out to their council members and let them know how they feel. Come to council meetings to show support for the jail,” Thomas said. “This is a big decision that will affect the city for decades. I believe if we close that jail there will never be another jail in the city.”

One specific concern that isn’t spelled out in the contract is how and where the city would establish a temporary holding facility.

Both candidates voiced concern about specific details of temporary holding facilities for those newly arrested or prisoners who appeared for court and are waiting to be transported back to Abingdon. Both also questioned if sometimes city police officers would be forced to transport prisoners if staff from the regional jail were busy or unavailable due to staffing issues.

BRISTOL, Va. — A longtime city police detective and School Board member touts his well-rounded experience as making him the best choice for th…

Thomas points to his leadership ability in race for Bristol, Virginia sheriff

BRISTOL, Va. — While much of Charlie Thomas’ law enforcement career has been working in Tennessee, he hopes to change that with a bid to becom…

On Oct. 12, the Bristol Virginia City Council voted 3-2 to accept an agreement intended to shutter the overcrowded city jail and join the Regional Jail Authority. A week later, on Oct. 19, the authority board voted 24-0 to accept that same agreement.

A charge-only pay phone for inmates is attached to the wall outside of the stell bars and next to the sink in the trustee's cell of the Bristol Virginia jail. 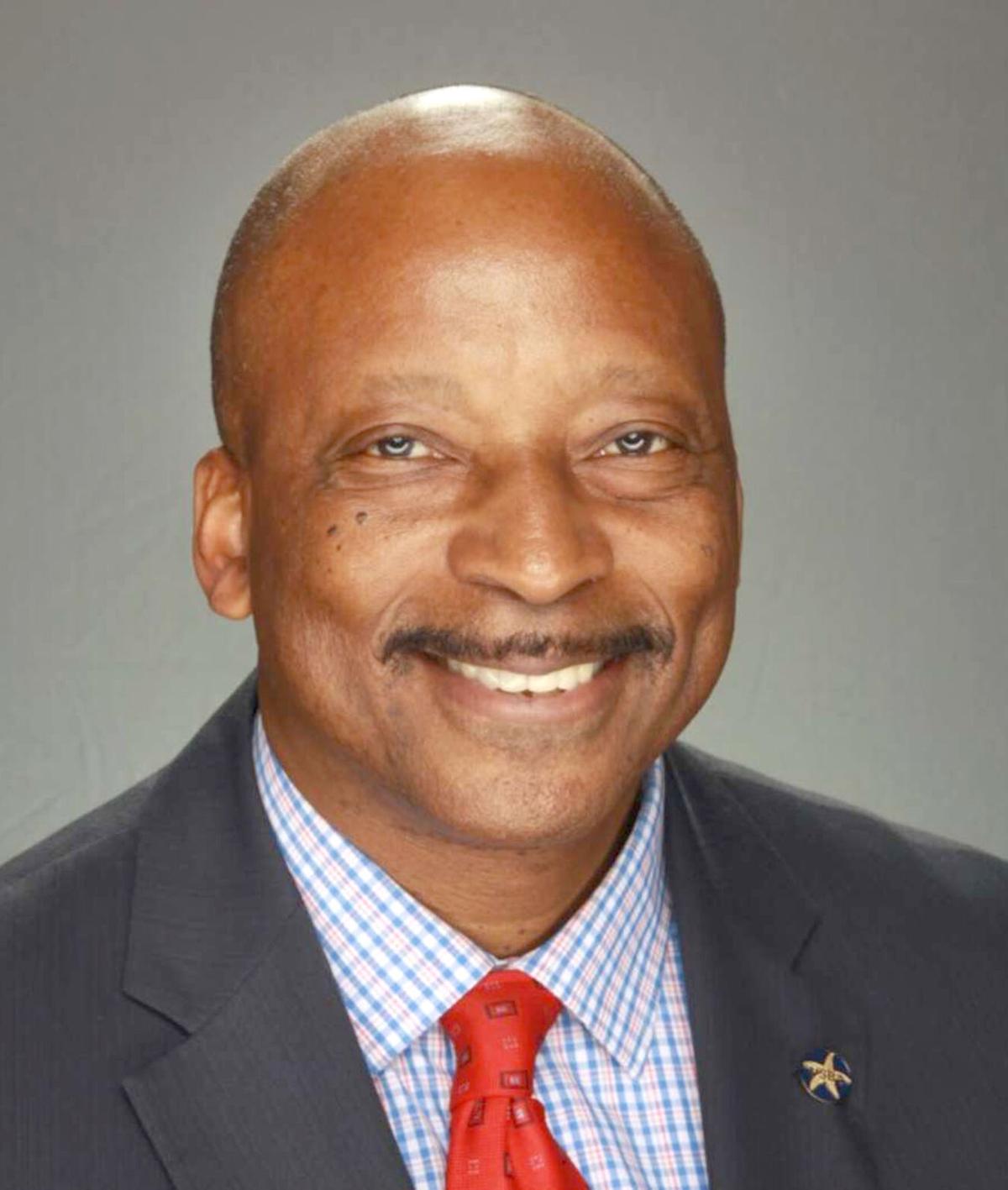 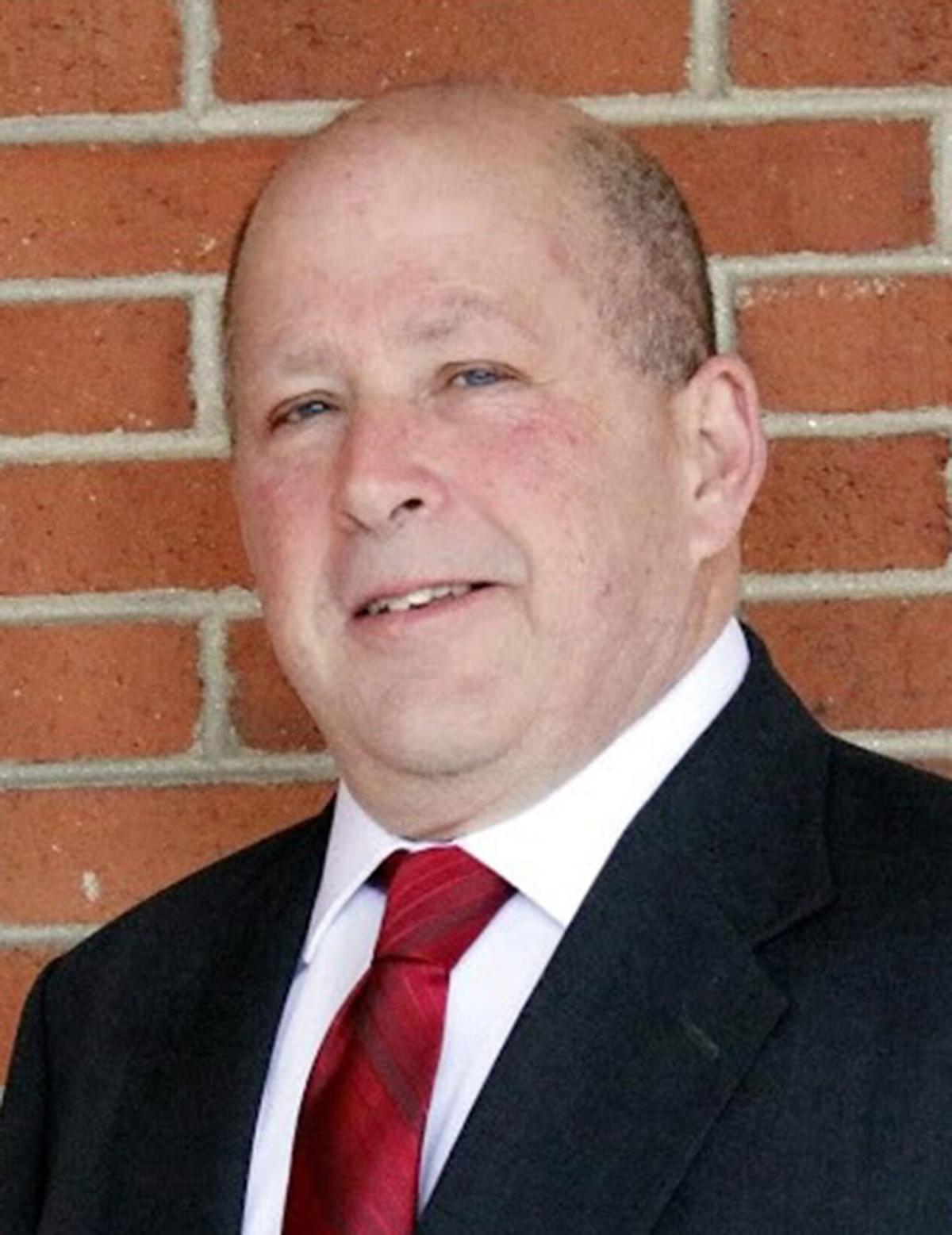