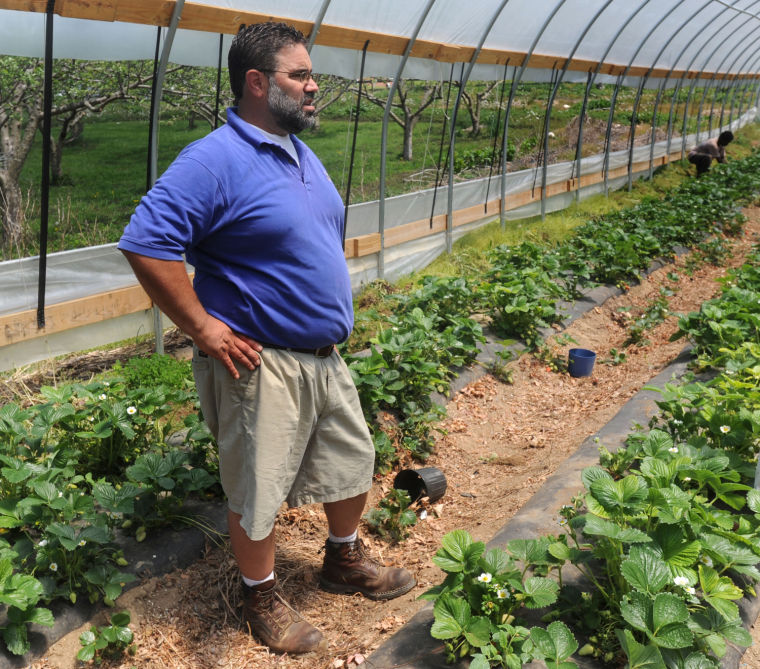 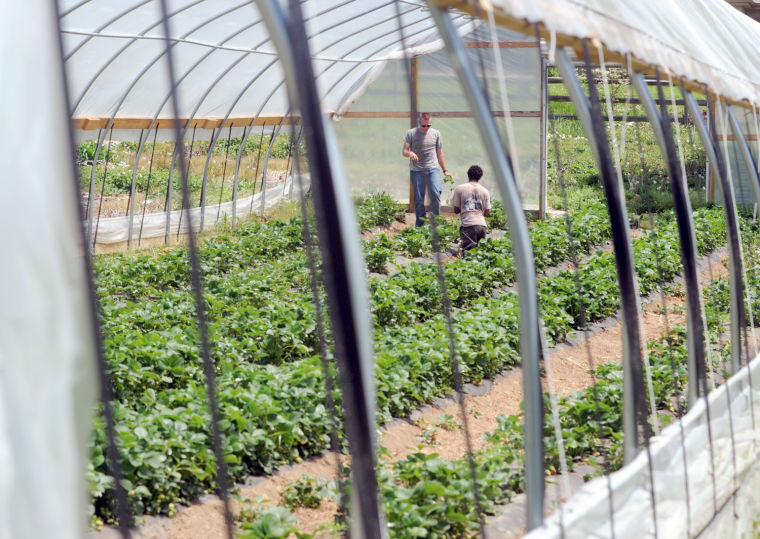 DAVID CRIGGER/BRISTOL HERALD COURIER Workers check the strawberrys growing at GlennMary Garden in Bristol, Va. The farm has received a $213,000 grant from the USDA. 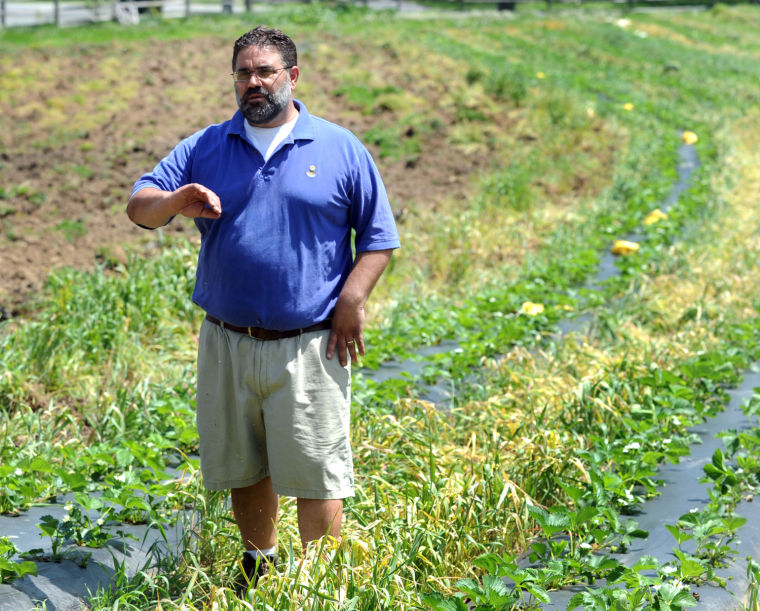 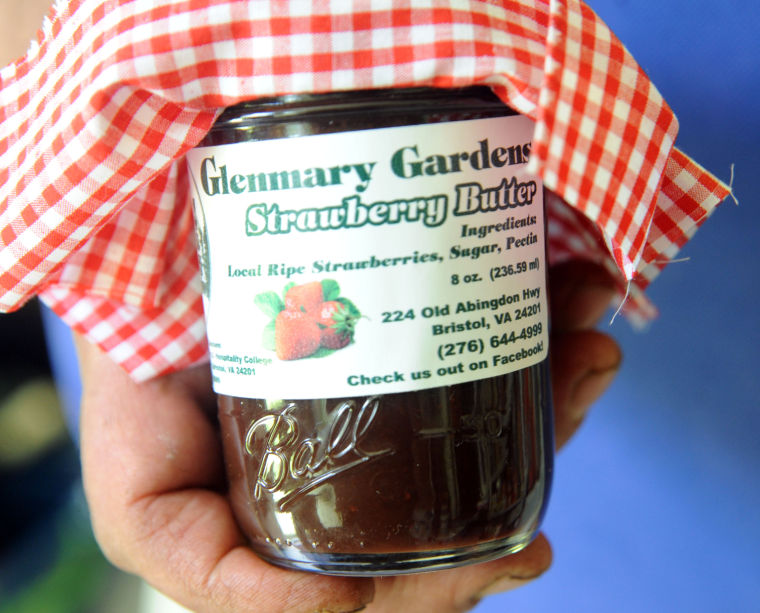 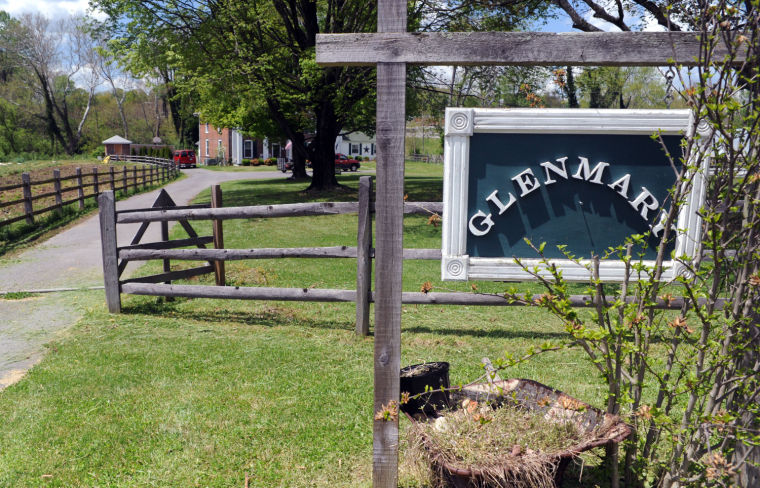 DAVID CRIGGER/BRISTOL HERALD COURIER GlennMary Garden in Bristol, Va. has received a $213,000 grant from the USDA. 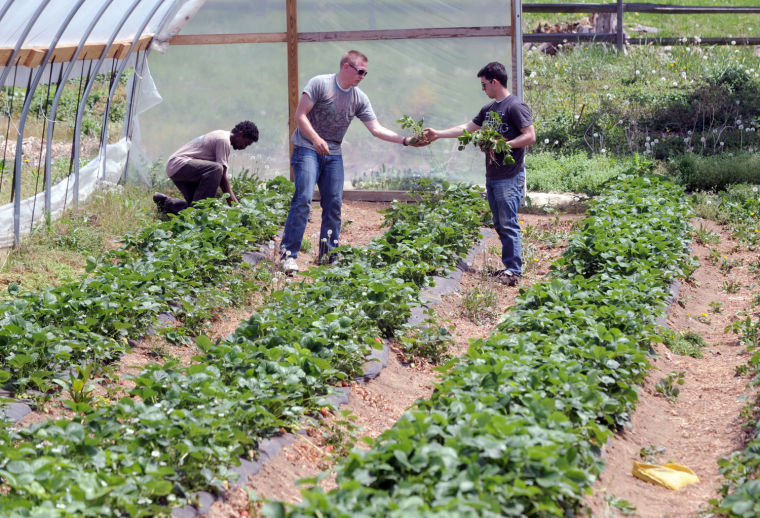 Workers check the strawberries growing at Glenmary Garden in Bristol, Va. The farm has received a $213,000 grant from the U.S.

The owner of Glenmary Gardens grows strawberries and other berries on a small farm at the corner of East Valley Drive and Old Abingdon Highway, and uses the fruit to make jam that he sells out at local farmers markets in Northeast Tennessee and Southwest Virginia.

He recently learned that he will be able to expand his operation with a $213,000 federal grant from the U.S. Department of Agriculture. The money will also allow him to introduce new products like ice cream and flavored syrups.

“This grant is designed to create jobs,” Richard said.

The USDA awarded 110 Value-Added Producers grants out of 433 applications.

USDA Secretary of Agriculture Tom Vilsack said in a telephone interview Tuesday that value-added products are important to agriculture producers around the country. The grants, he said, are designed to help farmers increase production and create economic opportunities in rural areas.

He praised farmers like Richard who have an entrepreneurial spirit and are willing to create a product from agriculture production.

Richard started growing berries four years ago after his career in real estate ended. He owned the property in Bristol and moved here from the New England area.

He had been involved in agriculture as a hobby and that came to mind when his wife asked him what the family should do.

The jams are produced at the Southeast Culinary and Hospitality College in Bristol with the help of several local chefs.

“I sell whatever I can make at the farmers market,” Richard said.

He wrote the grant application with the help of a professional grant writer. The funds are administered through USDA Rural Development and are funded through the Farm Bill.

Vilsack said the grants are designed to improve low-income areas of the country, and he urged Congress to adopt a new Farm Bill, which expires at the end of September.

Richard is still formulating the exact implementation of the grant. He cannot purchase equipment, but the money can be used for working capital and marketing activities. He hopes to lease space and build his own production facility. Ultimately, he wants to open a small country store that sells local products.

“We can do a lot with the grant,” Richard said.

Value-added production for small agriculture producers is a $5 billion industry in the U.S., Vilsack said. Farms sell products at farmers markets, like Richard, but also to restaurants and grocery stores.

“[The grant] is an opportunity to support local and regional food production,” Villsack said.

Richard said people can earn a good living on the farm. He pays strawberry pickers around $15 per hour, depending on how hard they work. He hopes the grant will help him hire more people and increase production.

Farming is challenging, though, Richard admits. He said his margins are tight during the summer growing season and the recent heavy rains have made the conditions challenging.

Richard has up to three years to use the money and is required to get $213,000 in matching funds. He hopes a bank will loan him the money based on the grant award.

Small business is vital to the economy

Programs designed to fill small funding gaps, including the Downtown Bristol Revitalization Loan Fund, are vital to job creation – and the development of a healthy, locally driven economy.

DAVID CRIGGER/BRISTOL HERALD COURIER Workers check the strawberrys growing at GlennMary Garden in Bristol, Va. The farm has received a $213,000 grant from the USDA.

DAVID CRIGGER/BRISTOL HERALD COURIER GlennMary Garden in Bristol, Va. has received a $213,000 grant from the USDA.

Workers check the strawberries growing at Glenmary Garden in Bristol, Va. The farm has received a $213,000 grant from the U.S.