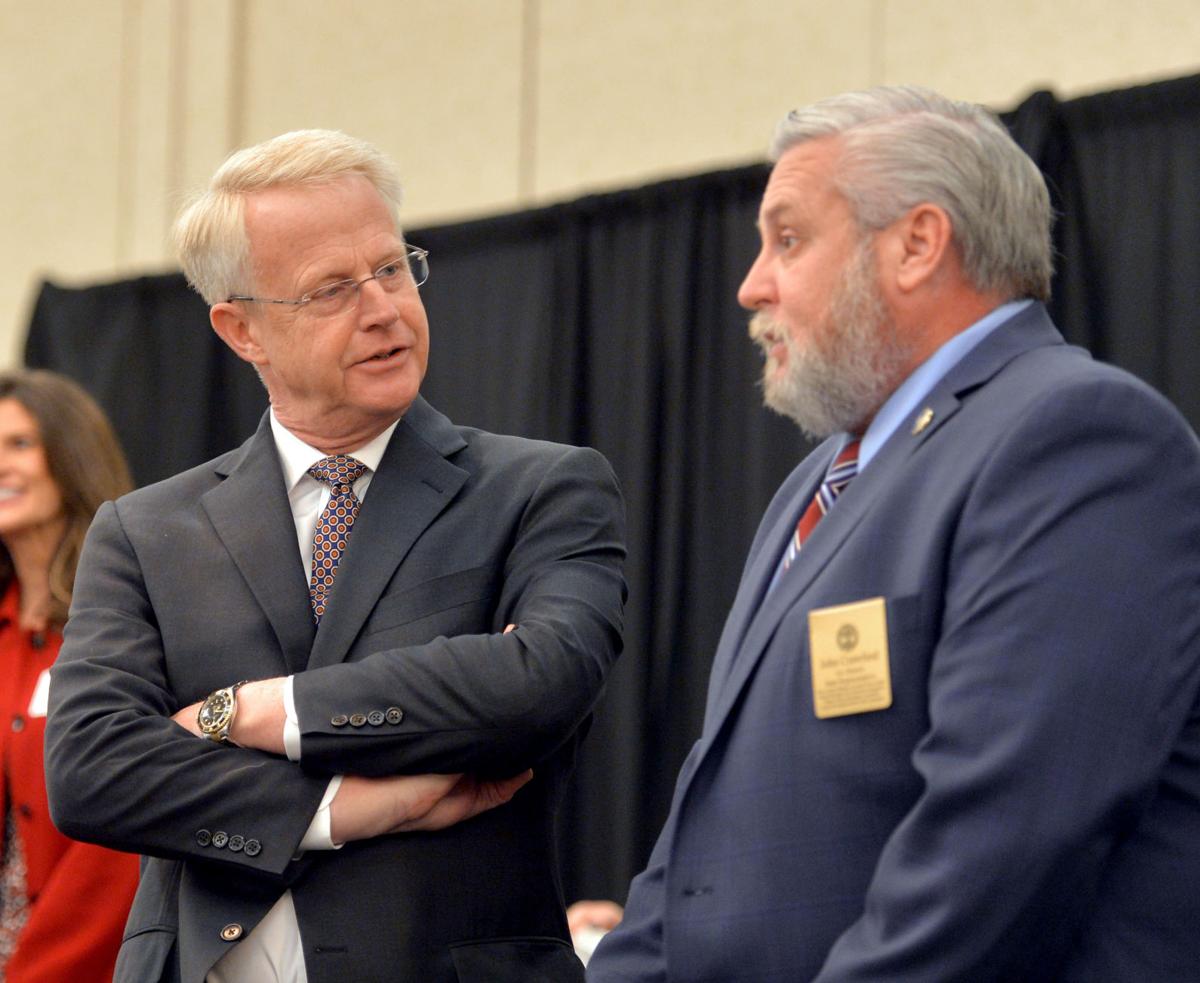 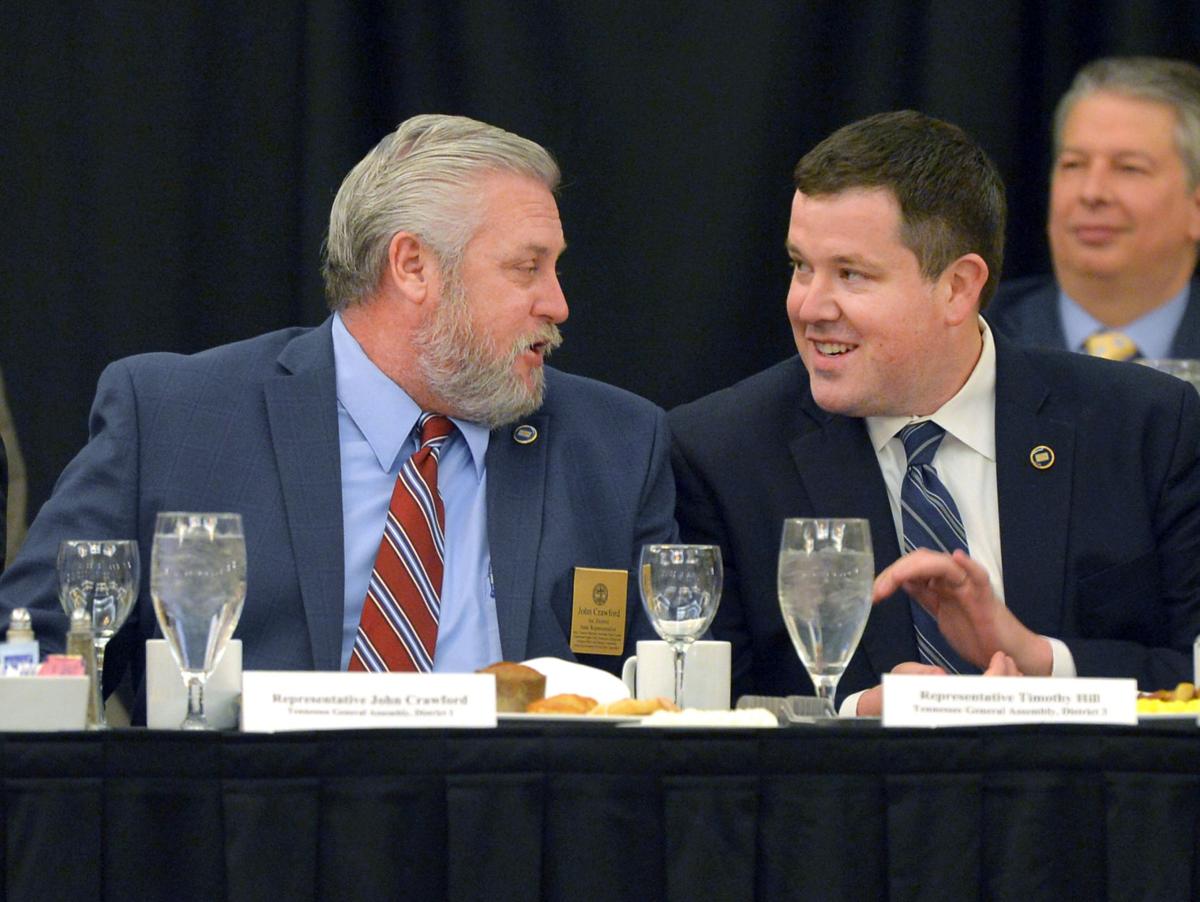 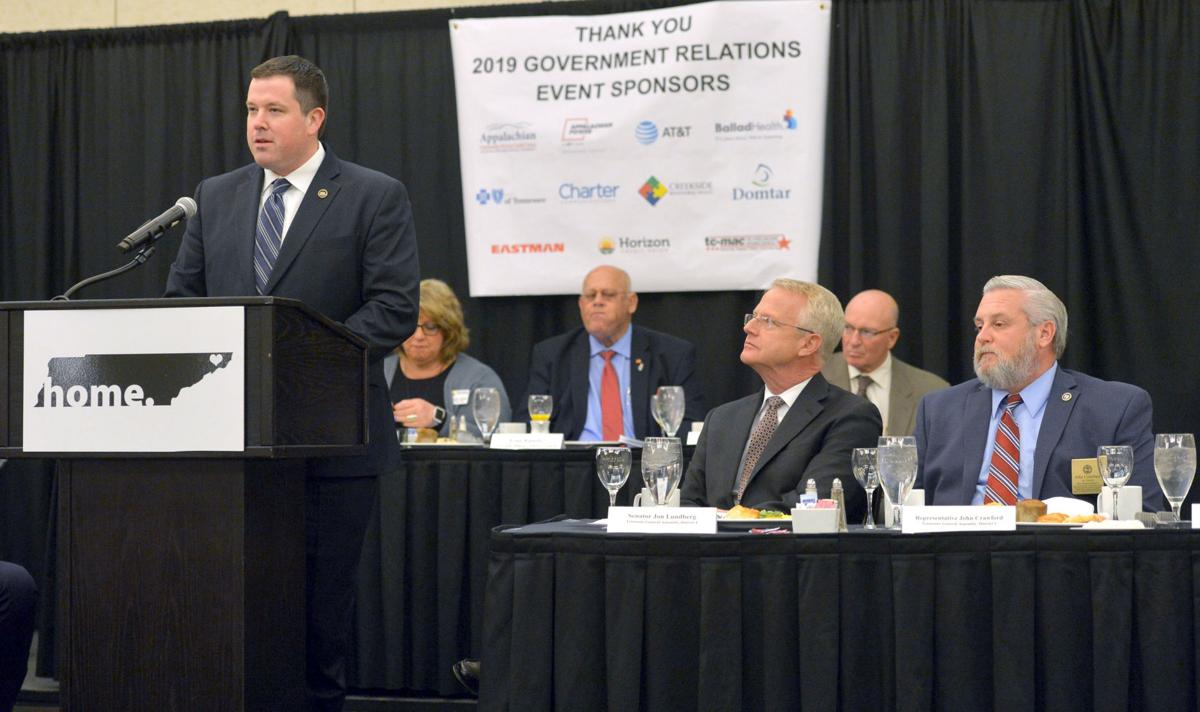 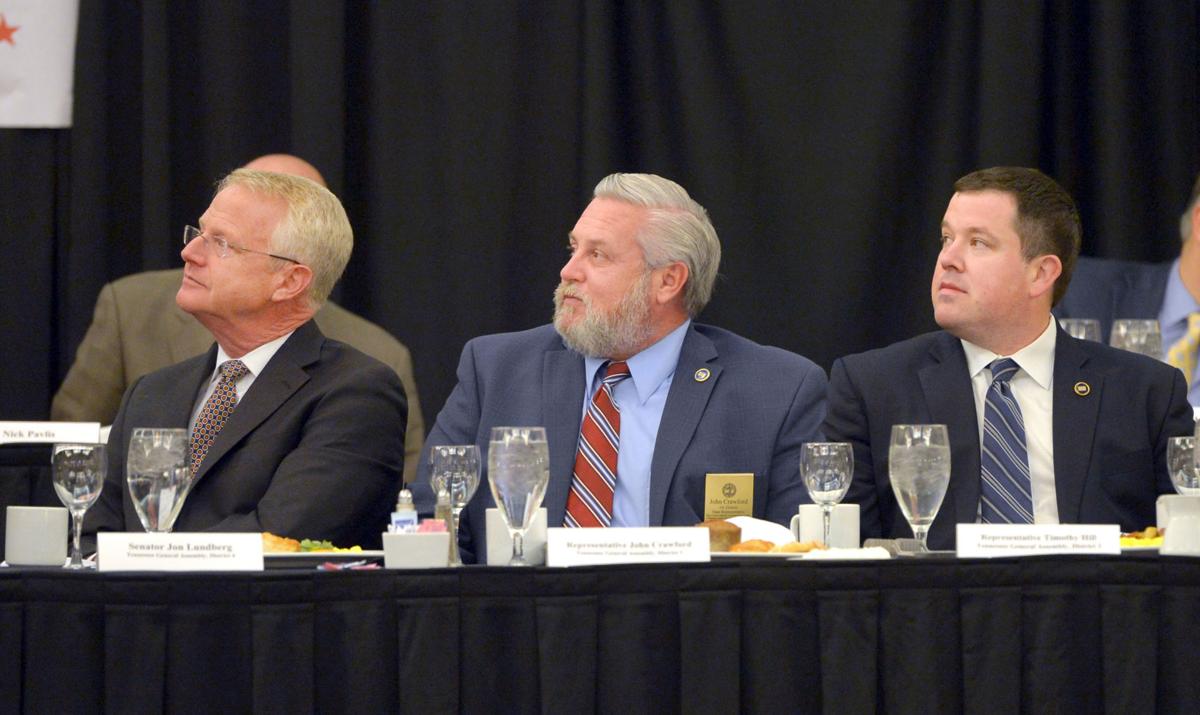 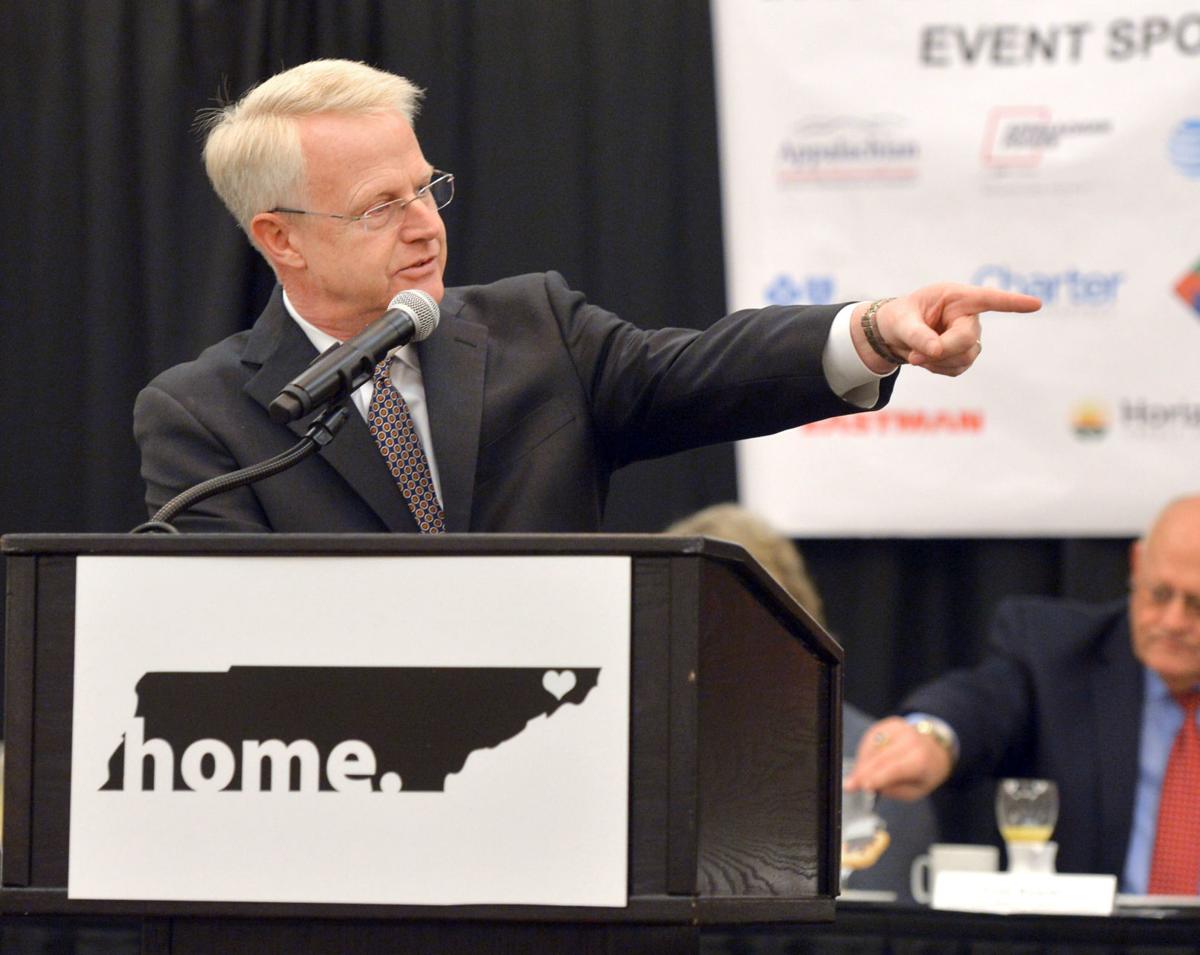 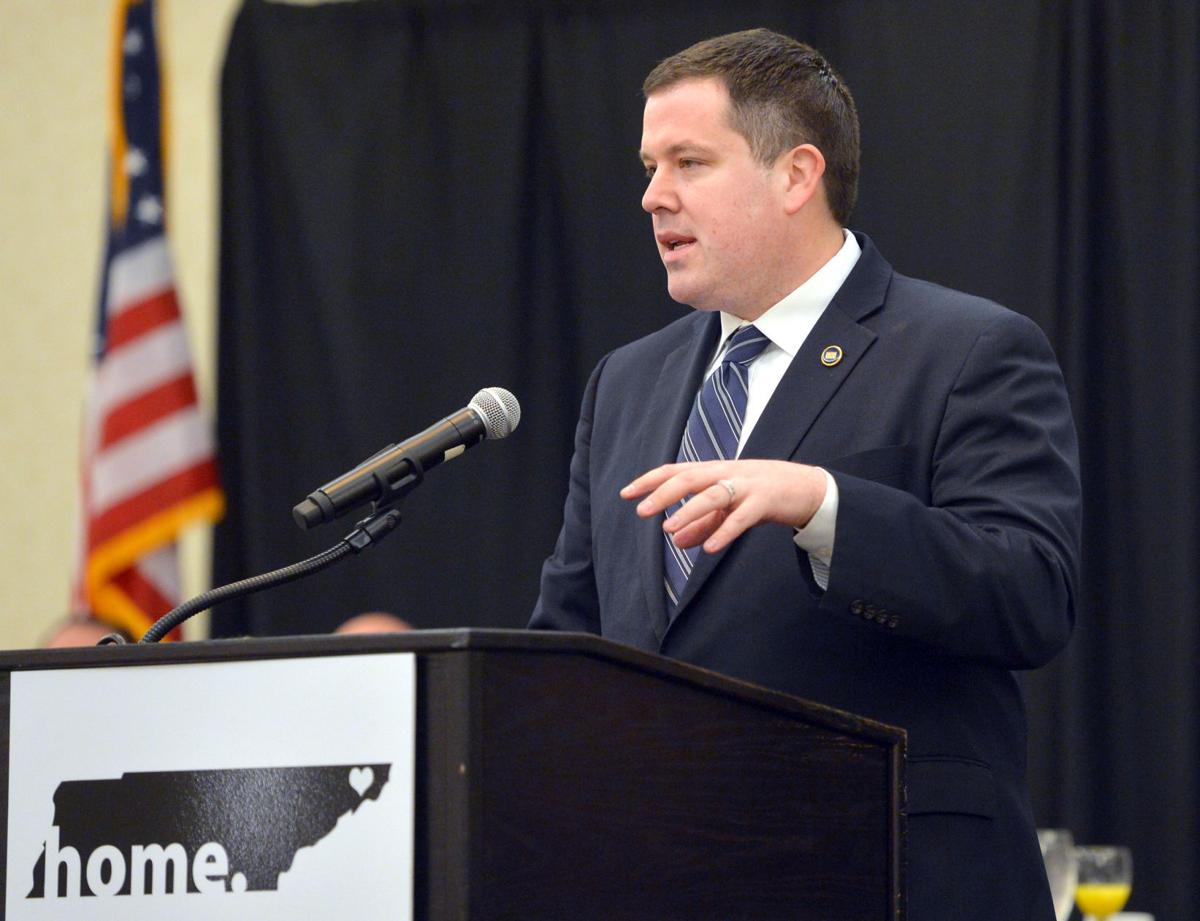 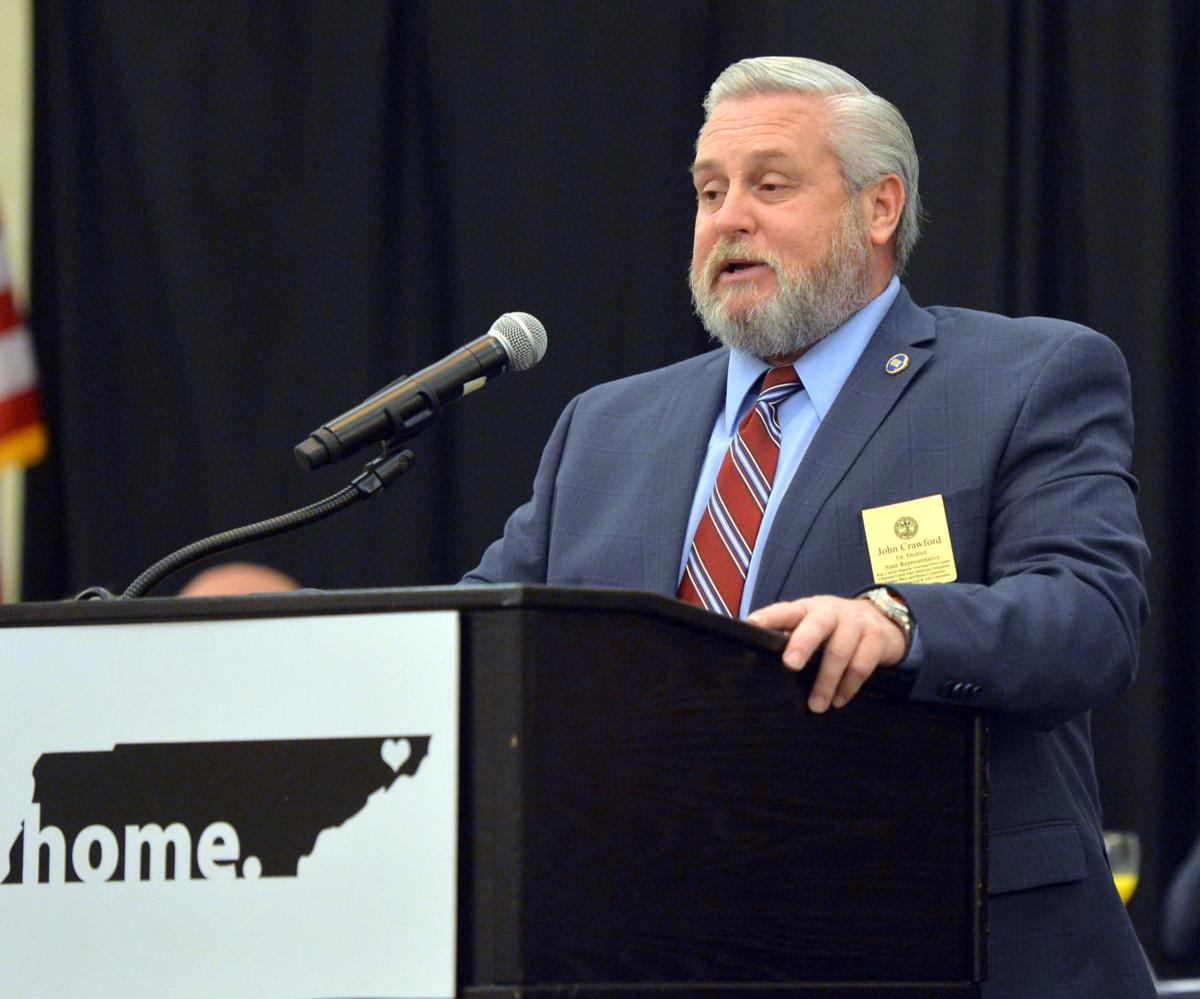 Northeast Tennessee lawmakers said they believe Medicaid expansion, sentencing reform, medical marijuana, Ballad Health, school vouchers and some form of a waiver program that would allow parents to get care for their disabled children without being penalized for income will be among the issues they will deal with during the 111th General Assembly.

Some of the bills introduced in the House and Senate, as of Friday, include proposals to:

» Remove authorization to suspend, restrict or revoke driver licenses for nonpayment of fines, court costs and litigation taxes for driving offenses, upon proof of inability to pay

» Authorize sports betting only in jurisdictions that approve sports betting by local option election and impose a 10 percent tax on gaming revenue. The tax would be distributed as follows: 40 percent to the state’s general fund; 30 percent to state colleges of applied technologies and community colleges for equipment and capital projects; and 30 percent to local governments for education and infrastructure

» Recognize teen suicide as a health crisis in Tennessee

The session opened last Tuesday. Although it was just an organizational week to get the session up and running, several bills were introduced. With a new governor and more than 30 new legislators elected, plus a new speaker of the House, a slower legislative process and a longer session is anticipated by legislators this year. Each year’s session ends in late April or May, though it sometimes stretches into June.

Since it’s early in the session, Sen. Jon Lundberg, R-Bristol, Rep. Timothy Hill, R-Blountville, and Rep. John Crawford, R-Kingsport, didn’t yet have a lot of information about bills they plan to carry but shared a few details and their thoughts on some upcoming local and state issues.

He said county officials have asked him to introduce a bill that would do away with, or at least modify, a state law that automatically gives elected county officials, such as the mayor and the county clerk, a pay raise when state employees receive one. Lundberg said the law creates a “significant burden” on the budgets of rural counties and has even led to property tax increases. The legislation would change the law to allow county commissions to vote on whether those pay increases would be given.

Another bill Lundberg is carrying seeks to increase the penalty for flying a drone over “critical infrastructure,” such as Eastman Chemical Co. and Domtar. Under current law, the penalty is a misdemeanor similar to a speeding ticket, Lundberg said. He wants to increase that to a low level felony with the goal of reducing drone traffic over critical infrastructure because they pose security risks.

As for autopsies, Lundberg said he will introduce a bill that would save Tennessee counties hundreds of thousands of dollars by eliminating required autopsies of people who die alone. Current law requires an autopsy on every person who dies without a witness present and Lundberg believes that’s a “financial burden” on rural counties like Carter, Johnson, Hawkins, Greene and Sullivan. If approved, his bill would leave the decision up to district attorneys.

Another bill he plans to introduce would create a Katie Beckett Waiver program, which would waive parents’ income when determining eligibility for TennCare coverage of disabled children. There’s recently been a push locally from several families of disabled children for the program to be enacted. States have the option to enact the federal program or variations of them.

Lundberg said he supports creating the program because it’s “unsatisfactory” to him that the only options for families with disabled children who make too much money to qualify for TennCare coverage are to quit their jobs, get a divorce or move out of state.

“It’s absolutely ridiculous and that should not be the policy of the state,” he said.

The bill is still being developed and Lundberg said he’ll have more details in a couple of weeks.

Another local concern for which many constituents have asked legislators for help is more transparency from Ballad Health about operations decisions, which came to a head late last year when Ballad announced that Johnson City Medical Center will become the region’s sole Level I trauma center, meaning it will provide the highest level of surgical care for the most seriously injured patients.

Ballad’s plans were met with backlash from residents and local leaders. The Sullivan and Hawkins county commissions approved resolutions opposing the changes.

Lundberg didn’t say he plans to carry a bill regarding Ballad, but he thinks portions of its Tennessee Certificate of Public Advantage, or COPA, and a law passed in Tennessee last year that keeps some operations information confidential will be reviewed by the legislature this year.

“We’ll review what we passed in the past because legislation that not only created Ballad, but the other things that we did to keep some of that confidential, we may have to revisit some of that,” he said. “I think the formation of Ballad was strong and solid. … As far as how they go about the decision-making process, if we need legislation to improve that transparency then we’ll introduce it and pass it.”

Regarding statewide issues, Lundberg expects Medicaid expansion and sentencing reform proposals to come up. He said reform is “critical” to bring consistency to sentences because under current law, sentences vary for the same crime based on where people are charged.

“We need consistency — that’s what true justice is,” Lundberg said.

A “consistent threshold” is needed, he added, so that everyone knows the minimum sentence they’ll serve.

Because it’s early in the session, Hill only shared details about one bill he plans to carry, which would increase the penalty for violating orders of protection in the state. Under current law, a violation can mean a fine of $25, according to Hill, which he believes isn’t enough. His bill seeks to raise the minimum fine to $250.

The bill is the result of concern from a constituent, Hill said.

“Through the legislative process, it remains to be seen exactly where we’ll end up, but we feel like, just like my constituent shared with me, there should be a required minimum because of how important the orders of protection are.”

Hill said he could end up carrying a bill to create a Katie Beckett Waiver program in the state, but because there’s a lot of interest in the issue, he isn’t sure yet who will carry it.

“We’ve got a group of legislators that are very interested in the passage of the Katie Beckett Waiver,” Hill said. “They’re certainly trying to bring care to the most vulnerable.”

As for Ballad, he expects constituents’ concerns will come up.

“I’m certainly keenly aware of the concerns that people have voiced,” he said. “How does that translate into legislation or if there’s a need for legislation? That remains to be seen.”

Crawford shared details on one bill he plans to carry that he believes would give money back to Tennessee’s counties. It would eliminate the state taking a portion of a 5 percent commission county registers retain from tax collections. A bill has already been introduced in the Senate. Crawford said he hopes the extra money could be used to update computer systems and software in the offices.

Crawford wouldn’t provide specifics, but said he’ll look into how to legislatively address the “divide” between Ballad Health, Sullivan County and the community.

“I’m going to be looking at ways that we can fix this divide,” he said. “There’s got to be an answer to where we can all get along and do what’s best for the community. … I don’t know how much can be done [by] the state, but I am willing to work with both sides to see if we can’t get the problem fixed.”

Statewide issues Crawford expects to come back up are school vouchers and legalizing medical marijuana. He said he doesn’t support school vouchers, which are funded by the government for students to redeem in place of tuition fees at private schools, because he believes they have the potential to “hurt” public school systems.

“We don’t need to be doing anything that would take money away from our public schools and educating our children,” Crawford said.

Gov.-elect Bill Lee, who will be inaugurated on Saturday, has said he would support a pilot voucher program.

Crawford said he hasn’t taken a stance yet on legalizing medical marijuana because he wants to see more research from the medical community and listen to constituents’ views.

During a legislative breakfast on Friday in Kingsport, Lundberg, Hill and Crawford said they plan to keep with the current trajectory of the state on issues and are looking forward to the new session. They didn’t discuss specific goals.

After the event, when asked about legislation to legalize medical marijuana, Lundberg said there needs to an “open and honest” argument among lawmakers about the issue because he believes those pushing for medical legalization are actually veiling their intent to legalize recreational marijuana. Lundberg said he doesn’t think legalization of the drug for medical use is needed because it’s already available in the state by prescription to those with certain medical conditions. Under current law, what’s allowed isn’t marijuana — it’s cannabis oil with less than 0.9 percent of THC and can only be prescribed to people with intractable seizures who are part of a clinical research study.

When asked about the issue, Hill said he will keep an open mind.

Sen. Janice Bowling, R-Tullahoma, and Rep. Ron Travis, R-Dayton, announced Thursday they will introduce a bill that would allow patients diagnosed with certain illnesses to legally purchase marijuana products with a medical card from dispensaries that the state would license.