BRISTOL, Va. — Drive down Interstate 81 — or just about any other main highway in the country — and you’ll see big blue signs decorated with business logos near most exits.

Called specific service signs or interstate logo signs, they aren’t solely there to help motorists find a gas station or a Big Mac. They also financially benefit businesses and the state.

And it’s quite a process with a price tag to be featured on them.

The signs appeared on rural interstates in 1965 under the Highway Beautification Act signed by President Lyndon B. Johnson and later expanded to urban interstates in early 2000.

The furthest a business can be located off the interstate to be included on a sign.

Average number of logos that appear on one sign.

Number of hours a gas station must be open to be included on a sign.

Cost to Virginia businesses to be on a logo sign.

Cost to Tennessee businesses to be on a logo sign.

In Virginia, businesses shell out roughly $1,000 annually to be included on the signs. In Tennessee, that cost is higher at $1,600, according to Interstate Logos.

The businesses featured on the signs are determined by a set of rules from the federal government and often modified to some extent in each state, according to Interstate Logos.

In Virginia, a 22-page manual from the Virginia Department of Transportation spells out in detail the criteria that businesses must follow.

“A facility will be eligible to participate [in the program] if it is open to the general public, if a substantial portion of its products or services are of significant interest to tourists and derives a major portion of income during normal business season,” the VDOT manual states.

The Statewide Directional Signage Advisory Committee meets twice a year to advise VDOT on policy for the program, such as the criteria that businesses must meet to qualify, said Shannon Marshall, spokeswoman for VDOT’s Central Office.

The program complies with criteria established by the Commonwealth Transportation Board as well as all Federal Highway Administration requirements, she said.

In Tennessee, there can be no more than four background sign panels along the approach to any interchange in any direction. All blue logo signs in Tennessee are installed and maintained by a contractor, according to TDOT spokesman Mark Nagi. TDOT states on its website that all applications, questions, missing logos or damage reports be directly reported to Tennessee Logos, based in Nashville.

“Tennessee Logos handles the signs, but we make sure they’re up to TDOT and Federal Highway Administration standards,” Nagi wrote in an email to the Herald Courier.

“Our research shows that customers have been trained to look for these signs,” said Jack Reiner, director of business development for ExxonMobil in a statement to the Herald Courier.

Attractions in both Tennessee and Virginia, like the Birthplace of Country Music Museum, which is listed on a blue sign near Exit 3 in Bristol, Virginia — must be open at least eight hours a day, five days a week, maintain all licensing and be of “regional interest to the community.”

Some businesses are prohibited from the program, including adult entertainment venues, movie theaters and churches, according to Interstate Logos. Others — amusement parks, zoos, museums and agribusinesses such as wineries — are allowed on the signs.

Restaurants can have the most difficulty appearing on the signs, largely due to space issues and the number of restaurants in an area off the interstate.

Virginia Logos limits the number of restaurants allowed on a sign and notes on its website that “Each service may be displayed on up to 2 signs with a maximum of 24 total logos.

Both states receive a percentage of the money back, which is then used for state-funded programs.

More than $6 million is pumped back annually into Virginia from the interstate logo signs, according to VDOT. In Tennessee, that number is slightly higher at $8 million.

Blackbird Bakery, based in Bristol, Virginia, is one of those small businesses included on a sign.

“It’s a costly venture when setting up due to the one time graphics fee, but well worth it,” said owner Carla Perkins. “The sign process and renewals are easy. We get so many repeat travelers who discover us via this signage. We just wanted to reach travelers on such a busy corridor as 81.”

Businesses can get bumped off a sign if a new business with a similar service opens closer and there isn’t enough room for both.

For more than five decades, the signs have helped motorists answer the question: “Should I get off here?”

And while the fast changing world of technology will tell motorists the nearest restaurant or cheapest gas prices, state highway officials say the signs remain useful.

“Even with the development of new technologies, the signs still offer viable information to the traveling public and participating businesses,” Marshall said. “Without such signs, drivers may get lost, needlessly expending fuel and adding to congestion. Even worse, without such signs, drivers may become more likely to distract their attention from the road in order to search for services using a smartphone or GPS device.” 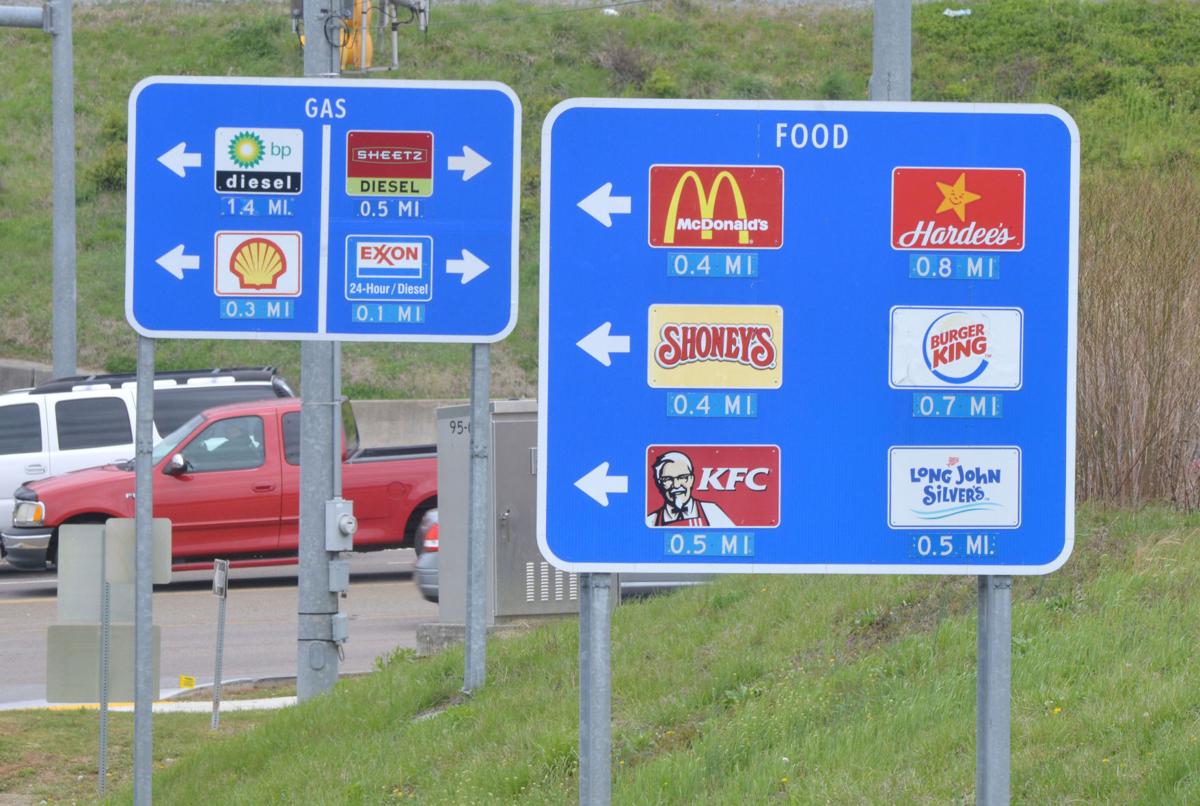 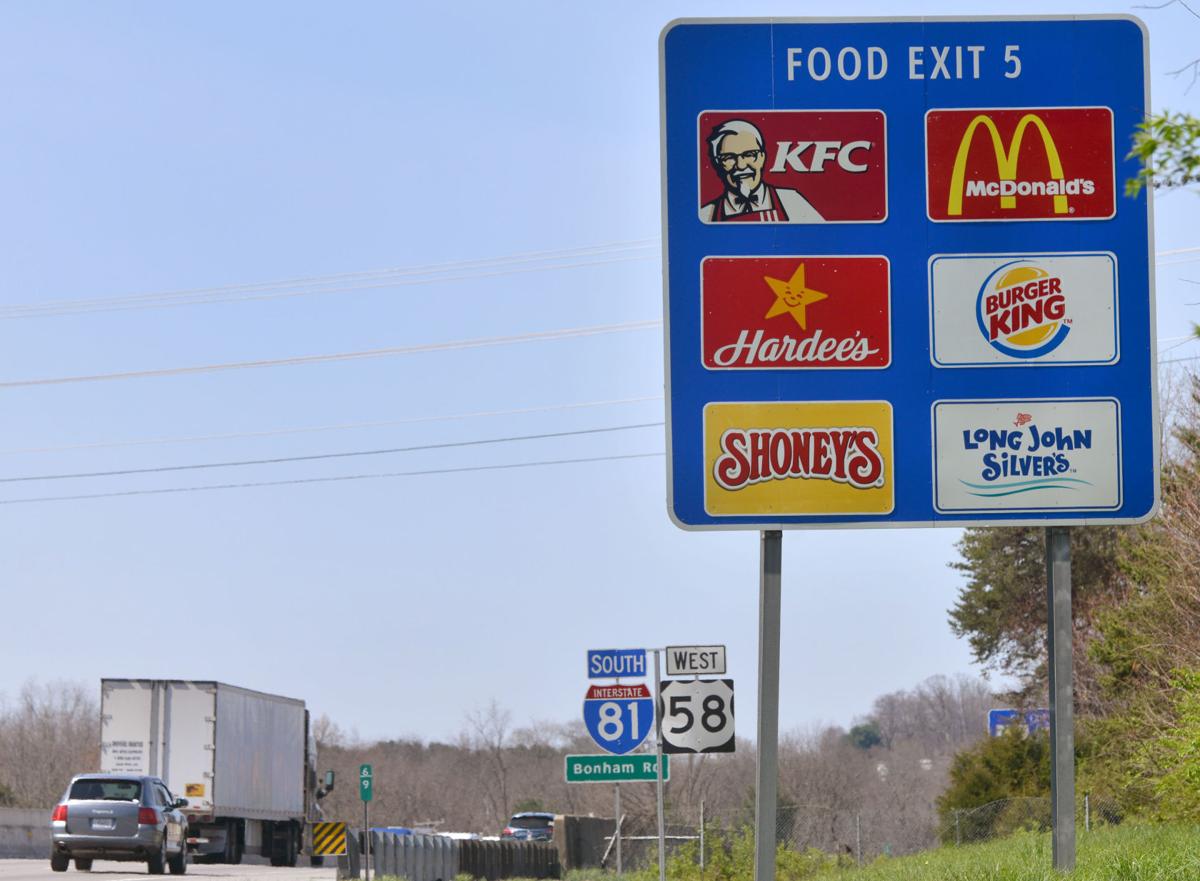 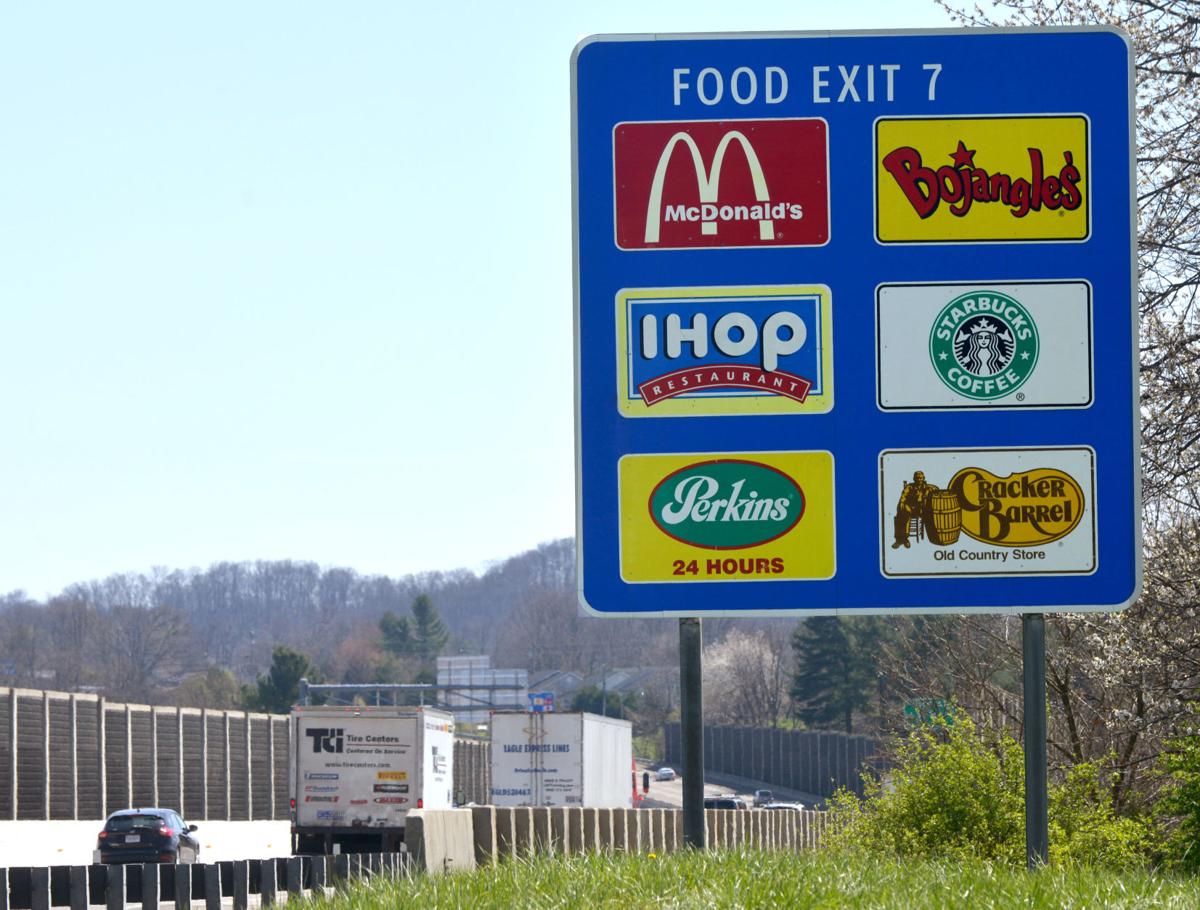 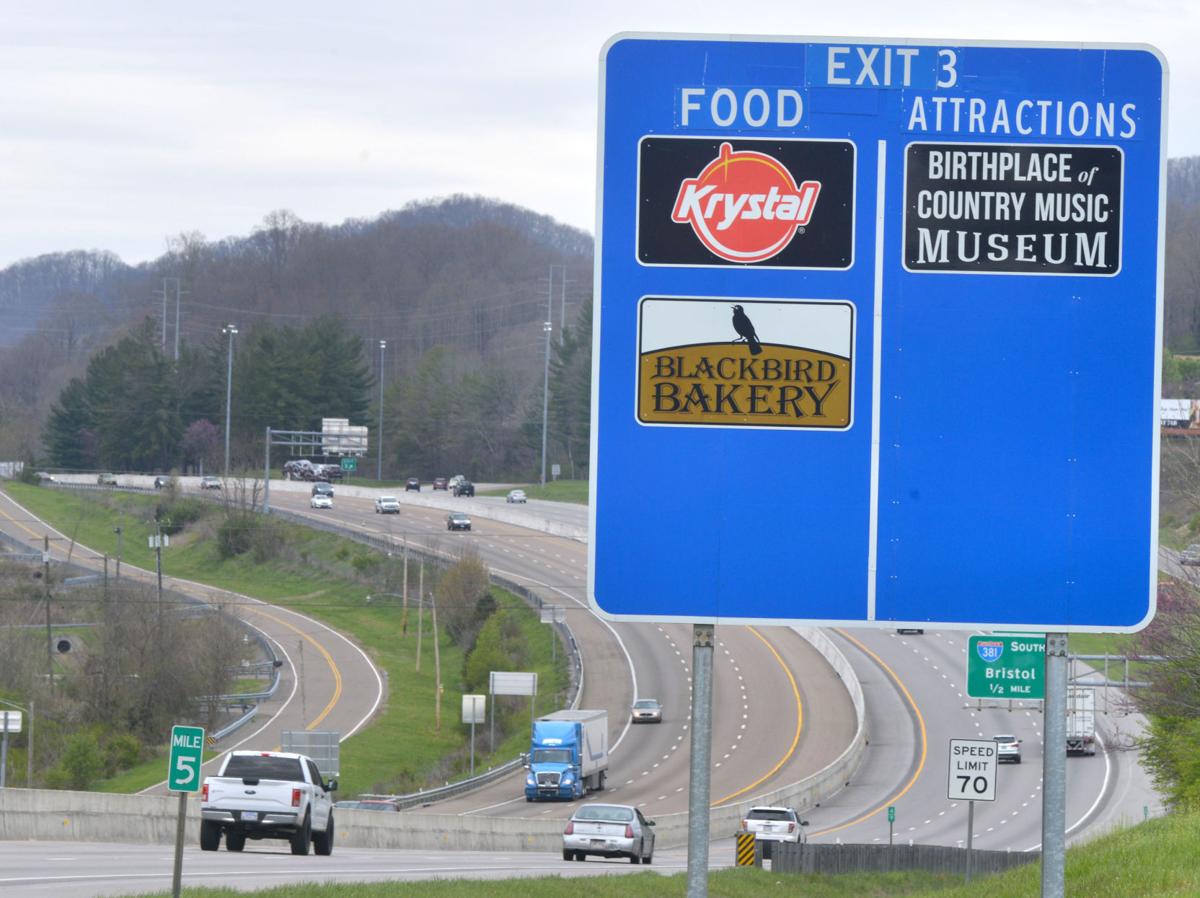 Blackbird Bakery and the Birthplace of Country Music Museum are two local businesses on the Exit 3 interstate logo sign.