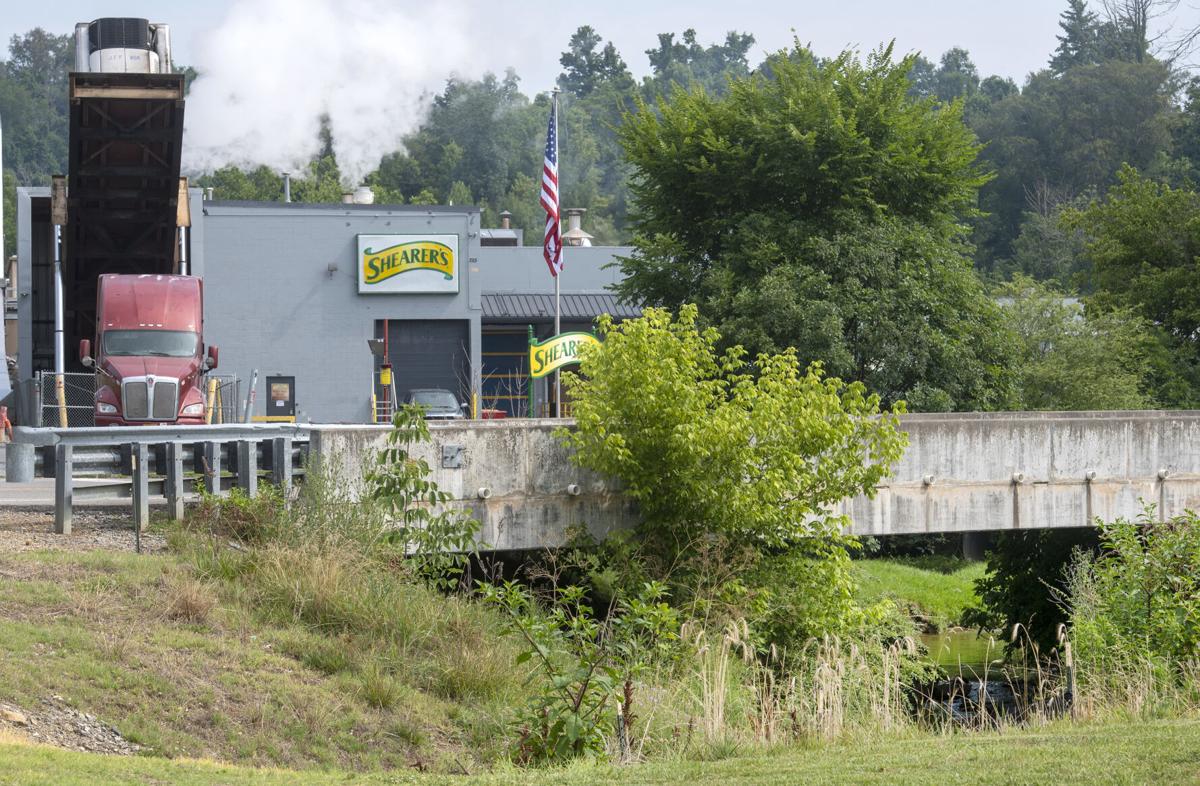 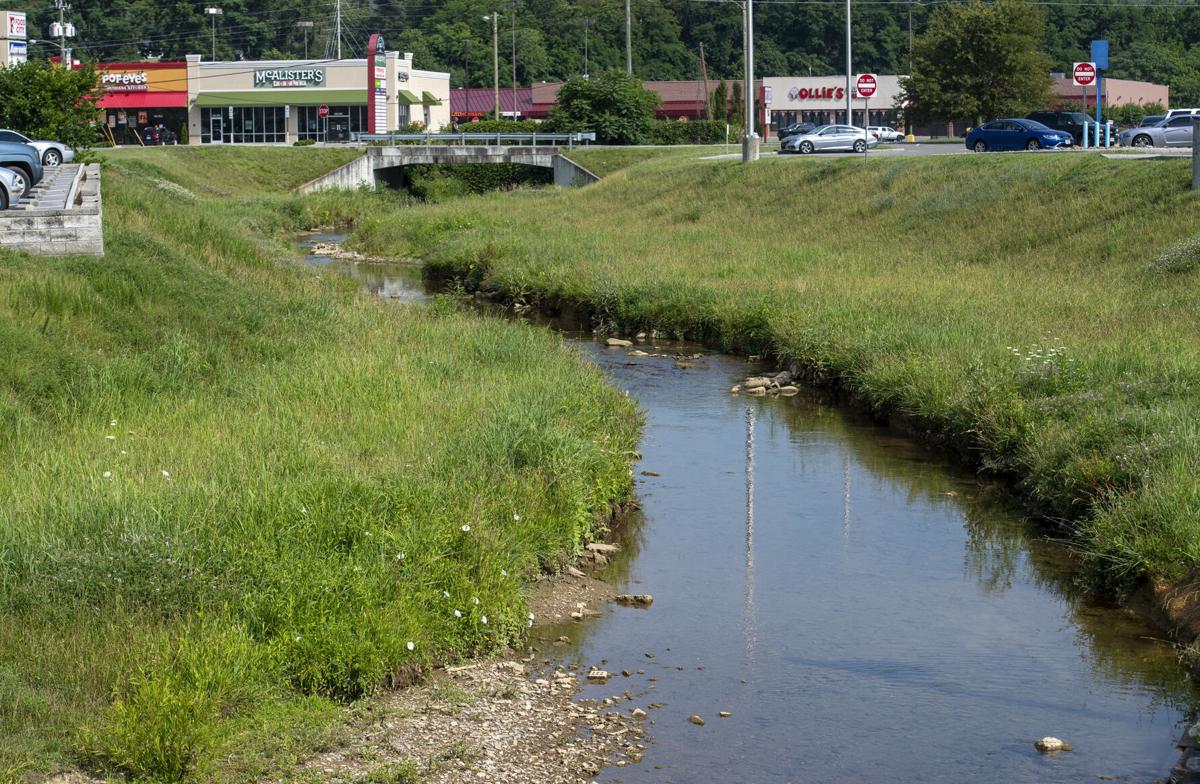 The spill happened June 28, according to a DEQ report on the incident. Early that morning, a forklift at a facility of Shearer’s Foods — an Ohio-based food manufacturing chain on Commonwealth Avenue Extension in the Exit 3 area — punctured a 250-gallon plastic container of sodium hydroxide, or lye.

“We believe it was 125 gallons that left the [container] when it was punctured ... but it’s really difficult to quantify how much left the ground and entered the creek,” Rebecca Bratton, the chain’s director of safety and environmental quality, said Wednesday. “It happened on concrete, but it migrated ... to Little Creek, which is right next to our parking lot.”

Lye is an odorless chemical compound used to make soaps and a number of other industrial products. Food manufacturers often clean surfaces at their facilities with lye; that’s how the Bristol Shearer’s uses it, Bratton said.

The substance is caustic, meaning it can burn or otherwise destroy organic tissue — human skin, for example.

“Our team … began cleanup efforts right away and also called in an environmental response company [to help],” Bratton said of Shearer’s response to the spill. “We reported the incident to [the state] departments of environmental quality and emergency management.”

Willard King, a DEQ water compliance manager, said the only damage from the spill he could see was a “large number of dead fish” floating in Little Creek’s waters. He said his team counted the fish along several stream segments and used American Fisheries Society methods to estimate the total: just shy of 8,000.

“There were minnows, some darters, sculpins,” he said of the species he’d seen.

The stream’s pH level — which he said the lye threw off balance — had already returned to normal levels by the time of the inspection, he added.

“It happens on occasion,” he said of fish kills. “It’s not that often, but it does happen.”

King wouldn’t say how this particular incident compared to other fish kills the state has seen. But it’s definitely not the biggest: Farther east, in Botetourt County, a 2017 chemical spill in Tinker Creek wiped out more than 40,000 fish. And in 2019, water contaminated by livestock fodder killed more than 50,000 in a Bland County stream.

This isn’t the first fish kill to strike Little Creek. In April 2014, a discharge to the stream from a BVU manhole resulted in almost 3,000 dead fish.

King said that his team has closed the investigation and referred the case to DEQ’s enforcement wing.

“Shearer’s takes their environmental responsibilities very seriously, so we’ll be working to improve our operations to avoid incidents in the future,” Bratton said. “It’s unfortunate, and we’re going to do everything we can to correct it.”

Fortune 100 company in talks to come to Bristol

Bristol, Virginia could be months away from announcing that another Fortune 100 company is coming to town.

City police continue to investigate a single-car crash that sent the driver to the hospital in critical condition.

Few details have been released since two bodies were found Tuesday at a home in Bristol.

BRISTOL, Va. — The Virginia Department of Transportation wants public input on a proposed $33.1 million plan to widen a portion of Interstate …

MEADOWVIEW, Va. — A Meadowview teen is being recognized for performing an electrifying version of the national anthem during a recent talent s…

Mayana Rice fell in love with the friendly faces of Abingdon, Virginia. So she signed up for the job of the director of community development for the town  this fall, replacing Jason Boswell, who resigned earlier this year to take a similar position in Washington County, Virginia.

A Bristol, Virginia man is being held without bail following a shooting and pursuit this past weekend, authorities said Wednesday.