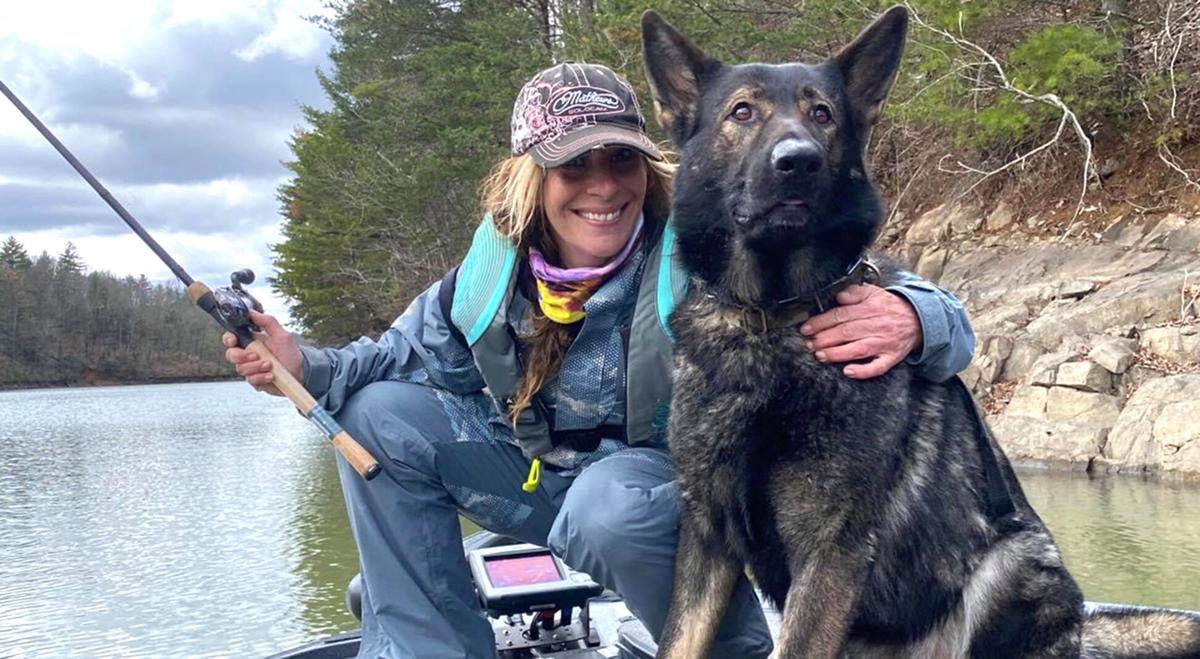 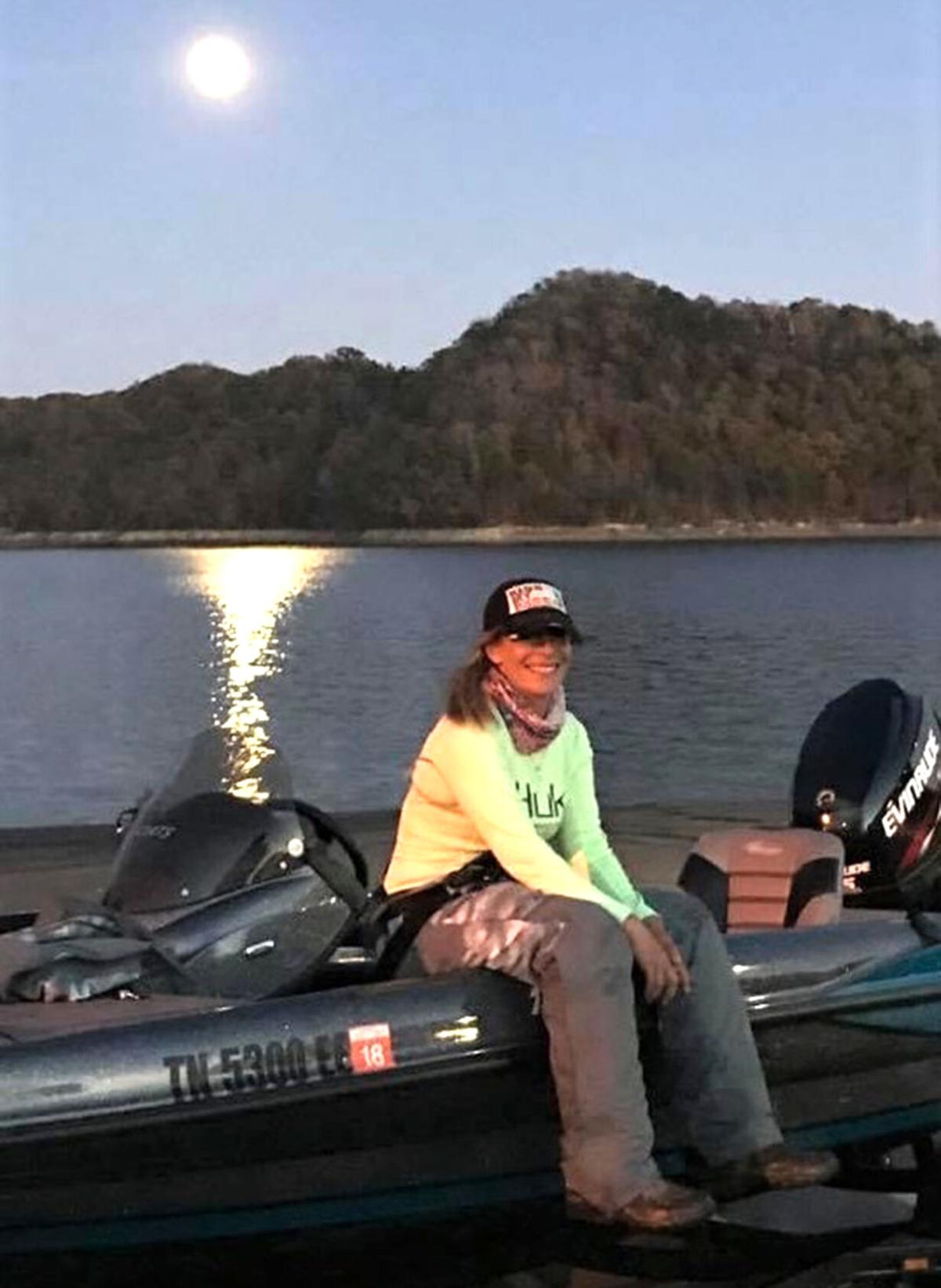 Terri Davis after a day on the lake. 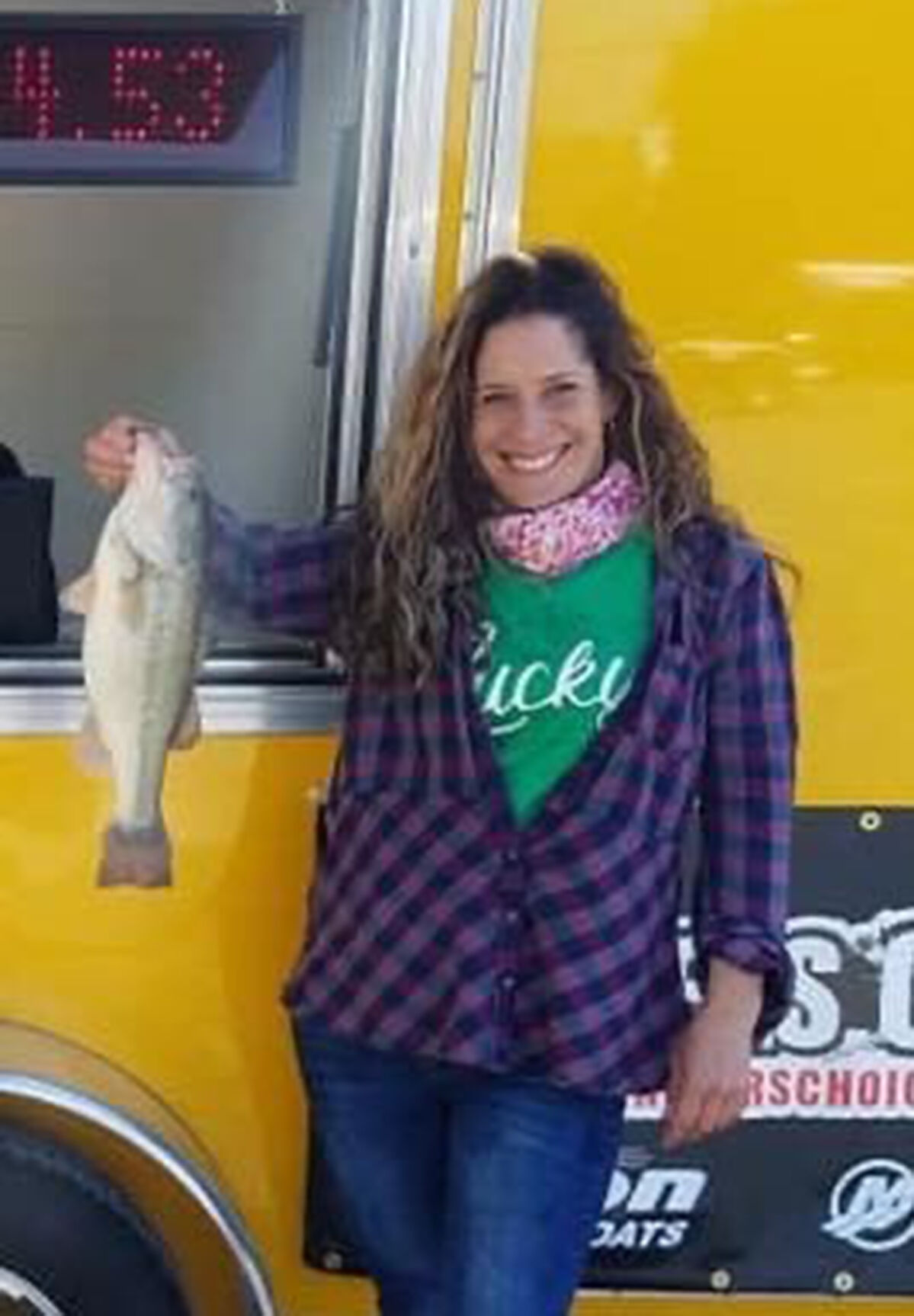 Terri Davis after weigh-in during a tournament. 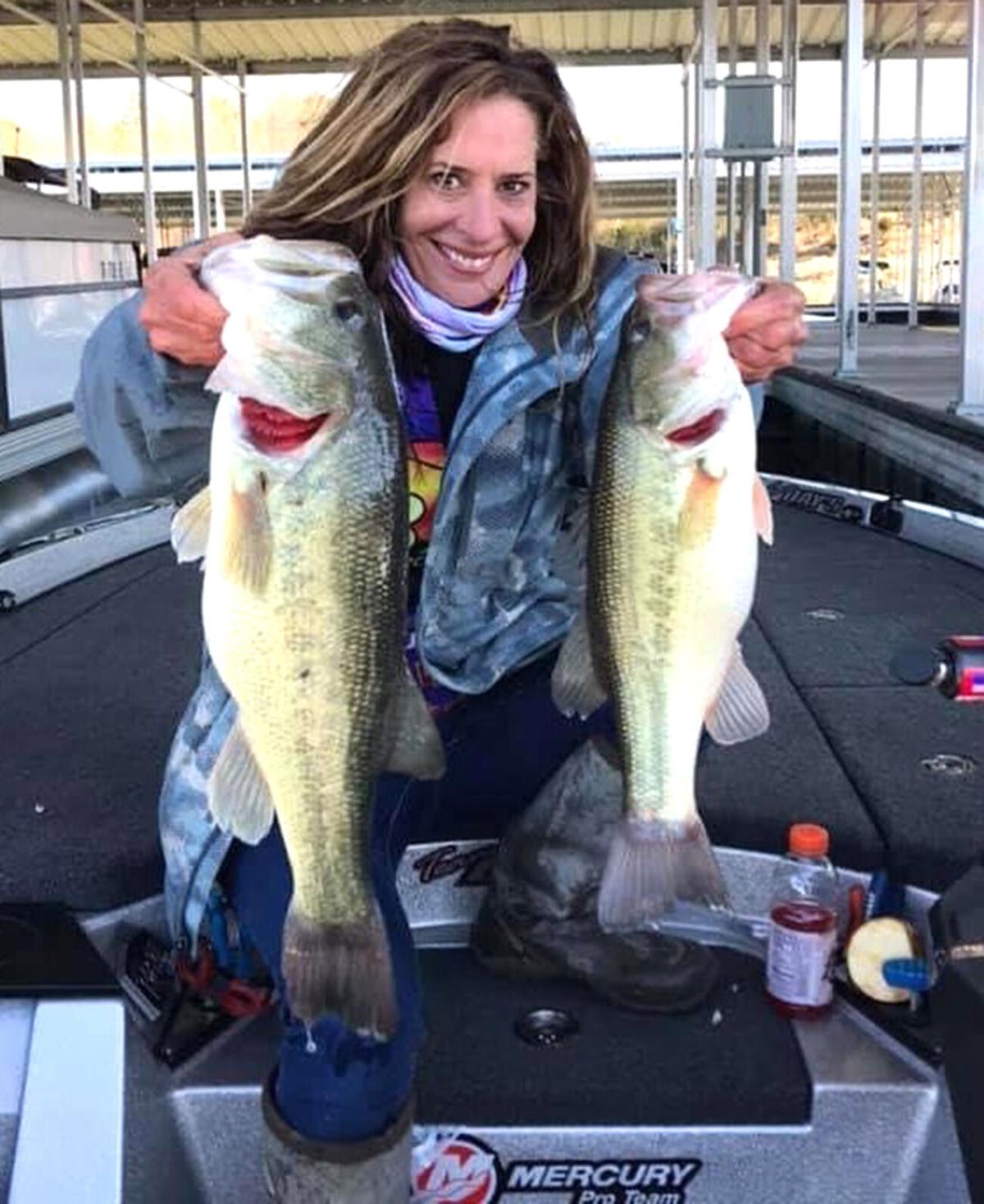 Terri Davis shows off her catch.

CHILHOWIE, Va. — During the calm of the morning as the sun makes an entrance along the horizon, Terri Davis can often be found greeting the day on a boat with a fishing rod in her hand and her German shepherds Ruger and Remington by her side.

Practice is important, even for the Chilhowie resident who’s making waves as one of the leading female bass anglers in the region — and the country.

Davis will participate in the 38th annual Major League Fishing All-Americans on Douglas Lake in East Tennessee in June, representing one of only four women to compete in the male-dominated league.

At age 46, Davis is among a growing number of women who have beaten the barriers of a traditional male-dominant sport.

“Just because it’s male dominated doesn’t mean a woman can’t compete,” Davis said. “But, really, fish don’t care if it’s a man or a woman on the other end of the line.”

Growing up in the Poor Valley community of Saltville, Davis fished with her father as a child, cultivating a love for the outdoors and a vigor for the sport.

Her country girl experiences catching catfish at the local pond eventually challenged her to learn the competitive world of bass fishing while living in North Carolina.

Three years ago, a friend introduced her to tournament angling and the techniques to fishing with artificial bait, which she said are preferred lures for more serious fishermen.

Her rookie year was in 2019, when she toured with the Ladies Pro Bass Anglers Association, traveling to places like Texas, Alabama, Louisiana and North Carolina.

“I didn’t know what I was doing at my first tournament. I didn’t catch one fish the first day. It was really devastating,” Davis said.

The boater she was paired with encouraged Davis to come back the next day and give it another try.

“I was heading home. I felt I couldn’t compete with these girls. They were just too good,” she said.

The next day, Davis returned to the competition, came in fourth place and won a big fish contest. She went on to win co-angler of the year that same year.

“That really boosted my confidence,” said Davis, who was discovering that the thrill of competitions was becoming addictive.

“Typically, I’m so pumped up when I get to a tournament. My body even shakes from the adrenalin. I’m just super excited about it,” she said.

Closer to home, Davis participated in the 2021 Phoenix Bass Fishing League on Lake Chickamauga north of Chattanooga, Tennessee, on Jan. 30.

‘It boils down to a science’

Davis said she takes advantage of the mentors she meets at tournaments along the way, absorbing advice and techniques for competitive bass fishing.

“There’s so much that goes into fishing from line size and lure selection to water temperature, clarity, water levels and even the time of the year,” she said.

Davis believes being a good angler means practicing as much as possible and experimenting with what makes the fish bite.

A lot of time and money goes into preparing for a tournament, she said.

The prize money she wins at tournaments usually goes right back into buying more fishing supplies.

A leap of faith

Davis moved back to Southwest Virginia in 2019 to be closer to her family and to enjoy the Appalachian region she had come to miss since living away.

“I took a leap of faith and quit my job and moved back home,” said Davis, who was a buyer and planner in robotics and heavy equipment for a supply chain in North Carolina.

She bought a cabin in the woods that borders Jefferson National Forest, where she also hunts deer, turkey, and bear. She is now a career instructor for Blue Ridge Job Corps in Marion.

Since moving back home, Davis has continued to volunteer as a host boater for Operation North State, a nonprofit organization that offers military support services programs for North Carolina’s deployed troops and veterans in need.

“Probably one of the things I love most is being able to give back since my son is in the United State infantry and my dad was, as well.”

When time permits, Davis retreats to her happy place to fish on a lake.

“It’s so peaceful and relaxing out there. It’s a place I can dream and think good thoughts.

“I’m a big believer in positive thoughts,” she said.

As a cross-country student at a local high school years ago, Davis was told she would never make it as a long-distance runner.

“This just made me want to win even more. I trained hard and made myself believe I could win. I ended up winning the state championship the next year,” she said.

“That also put some fuel on my fire. Don’t ever tell a woman she can’t do something,” Davis said with a laugh.

A fire ravaged a house on the 500 block of Alabama Street, just off Martin Luther King Jr. Boulevard in Bristol, Tennessee.

The familiar silver-gray-and-blue police sedans driven by state troopers on Virginia's roadways are being phased out, perhaps for good, as the department transitions its fleet to Ford Interceptor Sport Utility Vehicles as a matter of necessity.

Terri Davis after a day on the lake.

Terri Davis after weigh-in during a tournament.

Terri Davis shows off her catch.