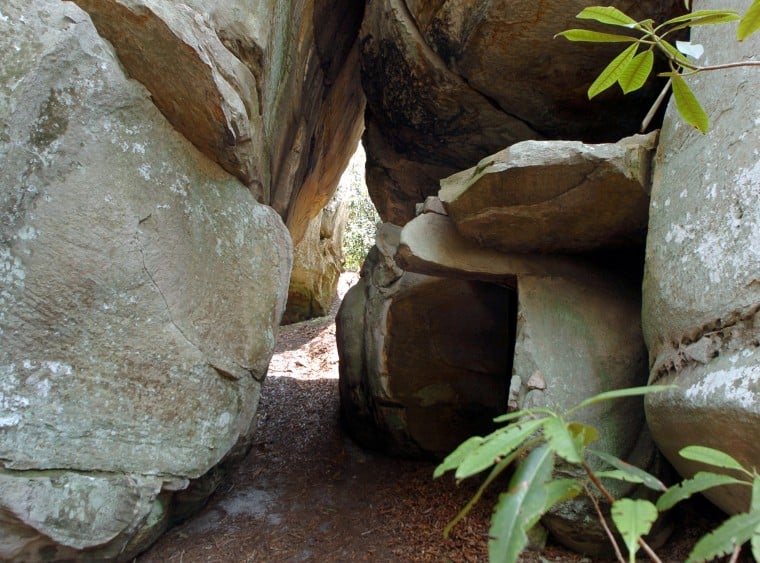 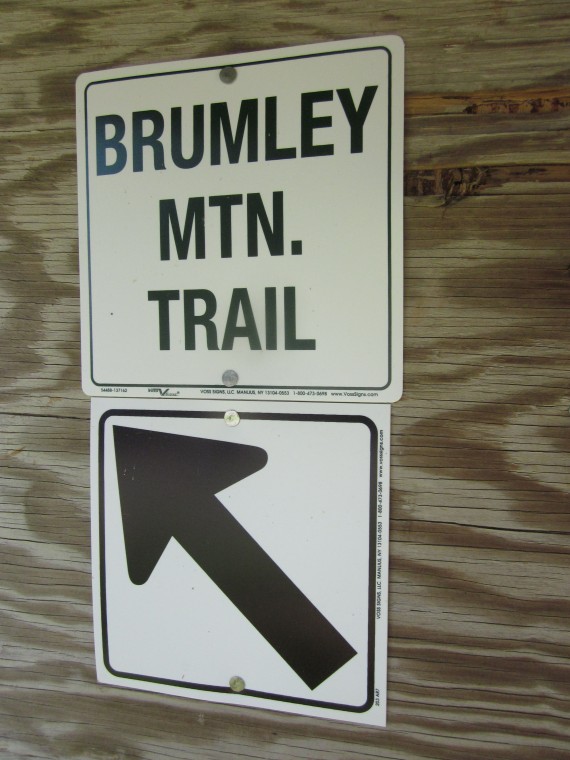 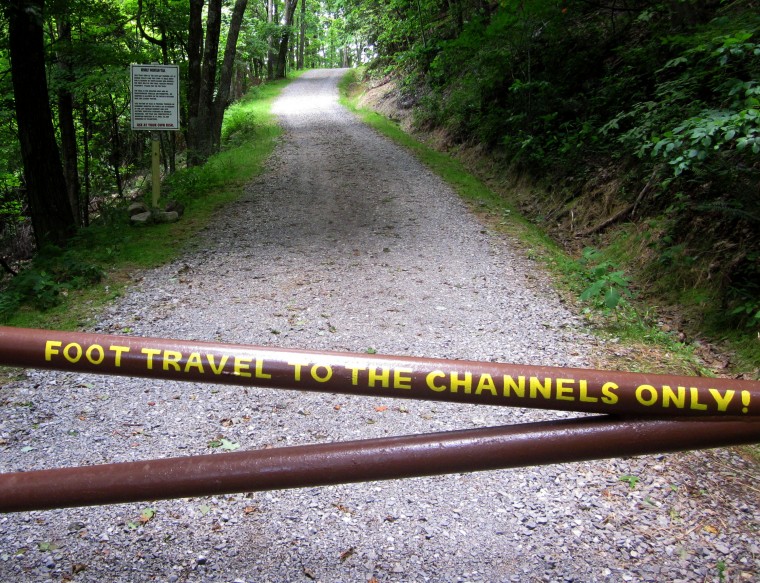 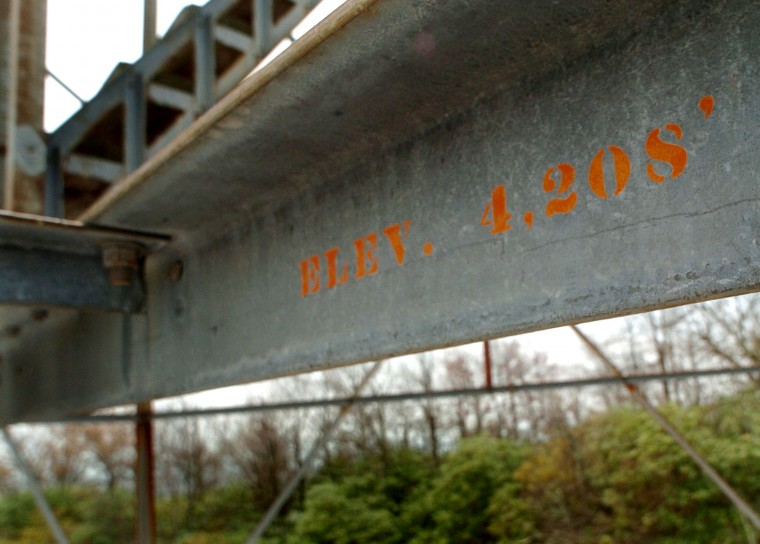 DAVID CRIGGER/BRISTOL HERALD COURIER - The fire tower and the area known as the Channels are at an elevation of 4,208 feet. 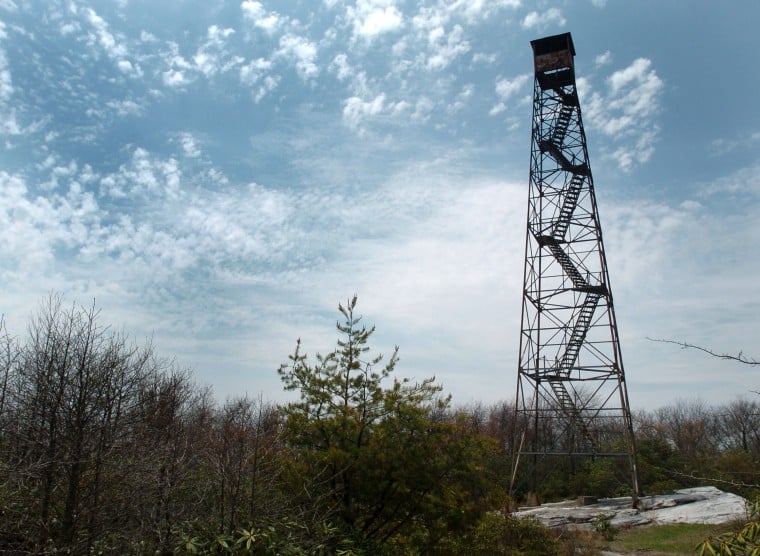 DAVID CRIGGER/BRISTOL HERALD COURIER - The fire tower atop Clinch Mountain at the area known as the Channels. 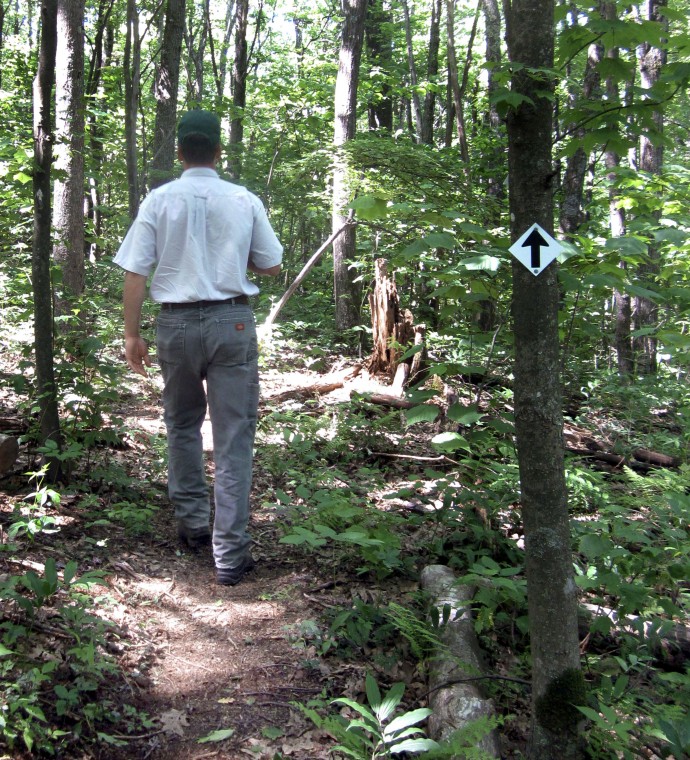 DEBRA MCCOWN/BRISTOL HERALD COURIER - The new Brumley Mountain Trail is set for its formal dedication June 11. It is already open, and makes the Great Channels, a unique rock formation, much more readily accessible to the public. The 14-mile trail runs from Hidden Valley Lake to State Route 80.

After years of discussion, planning and construction, the Brumley Mountain Trail is open to the public.

The 14-mile walking path runs along the spine of Clinch Mountain, from Hidden Valley Lake to state Route 80 and through the Channels, a unique rock formation on top of the mountain at the site of an old fire tower.

“It provides a magnificent 14-mile corridor through the largest unfragmented forest in Southwest Virginia,” said Claiborne Woodall, western district manager for the Virginia Department of Conservation and Recreation.

The project was the brainchild of Frank Kilgore, a St. Paul lawyer, who credits the late Charles Kennedy for the inspiration.

Kennedy, who lived in a tough-to-access home at the top of Clinch Mountain, died tragically in 2006, the result of a car accident, but is remembered for his love of the mountain and his efforts to stave off encroaching development.

“I promised Charlie Kennedy I would get this trail built,” Kilgore said “and after we lost him I had no choice but to finish it.”

Located in the Hidden Valley Wildlife Management area, the Low Gap trailhead off U.S. Highway 19 consists of a not-yet-graded, gravel parking area at the top of a steep, narrow road that follows the power lines up the mountain.

From there the trail has a gentle grade, winding through an understory of lilies, azalea and American chestnut sprouts that continue to come up a century after the chestnut blight began to decimate what once was the dominant tree in the forest.

The parking area is a little more defined on the side of Route 80, a flattened area of gravel at the base of the rough mountain road that leads to Raven Ridge, where Kennedy used to live.

Now, the road also forms the beginning of the Brumley Mountain Trail, which goes off in a slightly different direction to reach the Channels. The rock formation and old fire tower are between two and three miles from the Route 80 trailhead.

“Since that parking lot went in, on a pretty weekend the parking lot is full, just because the Channels is such a destination,” Woodall said.

“Now that there’s bonafide access on the Route 80 side, it’s getting a lot of interest.”

Before the Brumley Mountain Trail was created, the hike to the Channels was much longer, and property ownership issues at other access points kept away those who were concerned about trespassing.

Woodall said the state conservation department continues to monitor traffic to the Channels, with the understanding that if the number of visitors begins to negatively impact the formation, steps can be taken to protect it from damage.

Meanwhile, he said, funding is being sought to possibly turn the old fire tower into an observation platform. A similar project was recently completed near Unicoi, Tenn., for $146,000.

The Brumley Mountain Trail, first marked out as a route through the forest and thickets atop the mountain, took about two years to build, Woodall said, and was accomplished through the work of 100 volunteers and the labor of inmates from the Appalachian Detention Center.

Kilgore, whose nonprofit group Mountain Heritage has overseen the project, said he’s not sure of the total cost. The group also is involved in other trail and forest cleanup efforts around Southwest Virginia.

“I donated most of the in-kind resources and a chunk of the cost, and many others donated time, tools and cash when needed,” Kilgore said.

One flaw of the project is that no camping is allowed along the trail’s 14-mile stretch, a distance that many might view as more than a strenuous day hike. That largely results from land use restrictions of the four entities brought together for the project.

The Brumley Cove Baptist Camp, at the trail’s rough halfway point, has no plans to develop any trail-related businesses, said Mark Powers, chairman of the camp’s board of directors.

But, he said, the camp is working on a spur trail for its own use, and is looking at the possibility of holding open-air church services for the community near the trail.

The camp is affiliated with seven Baptist associations in the region, comprised of 192 churches.

There’s a possibility of some primitive campsites in the future, Powers said, “but that’s so far out that we’re not even close on that.”

Kilgore said his original idea of a Phase II project – a trail running from Route 80 to Laurel Bed Lake – is unlikely at this point; both a private easement and game department opposition stand in the way of the proposed route.

The Brumley Mountain Trail is being dedicated June 11, both to Kennedy and to the late Jack Kestner, another longtime Clinch Mountain resident who is remembered as a keeper of the mountain. He died in 2005, at the age of 83.

DAVID CRIGGER/BRISTOL HERALD COURIER - The fire tower and the area known as the Channels are at an elevation of 4,208 feet.

DAVID CRIGGER/BRISTOL HERALD COURIER - The fire tower atop Clinch Mountain at the area known as the Channels.

DEBRA MCCOWN/BRISTOL HERALD COURIER - The new Brumley Mountain Trail is set for its formal dedication June 11. It is already open, and makes the Great Channels, a unique rock formation, much more readily accessible to the public. The 14-mile trail runs from Hidden Valley Lake to State Route 80.