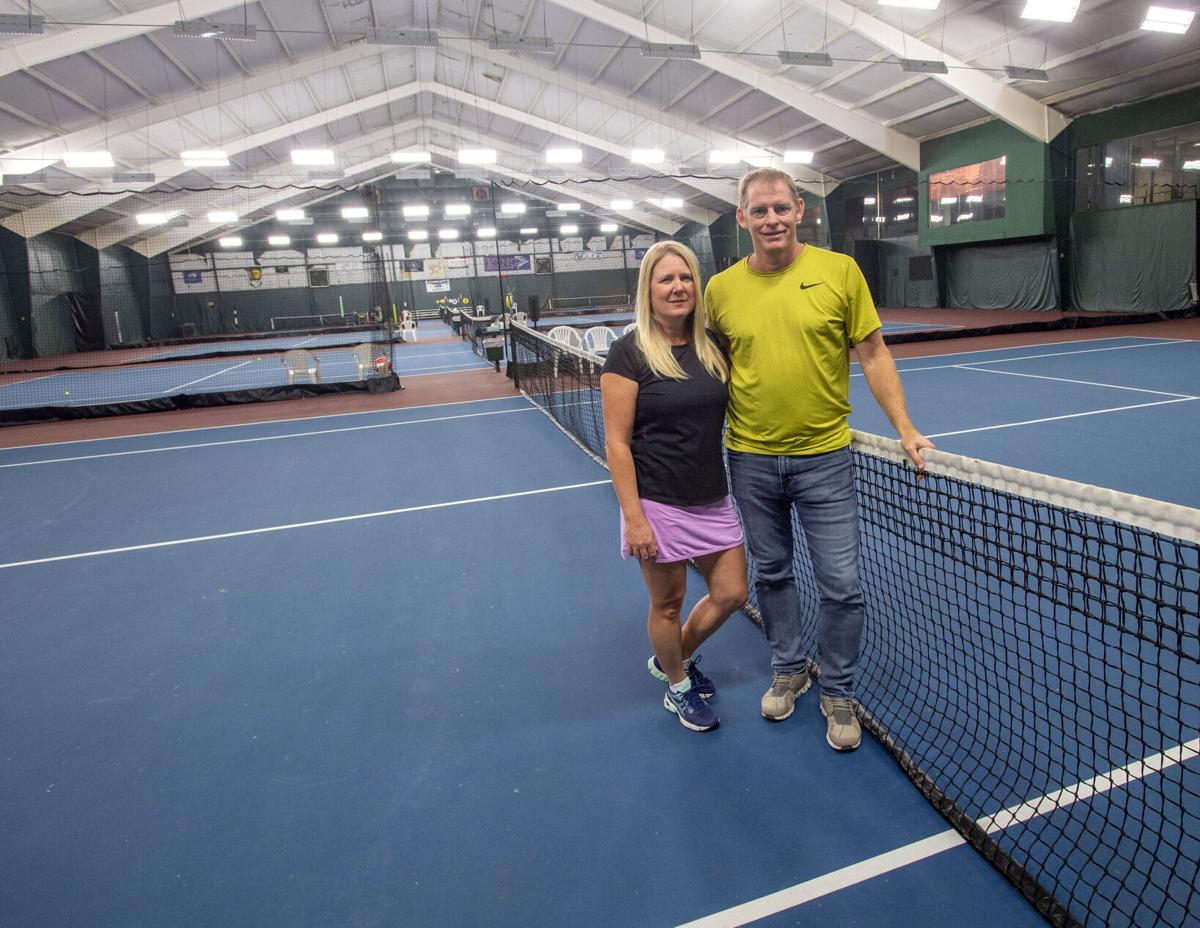 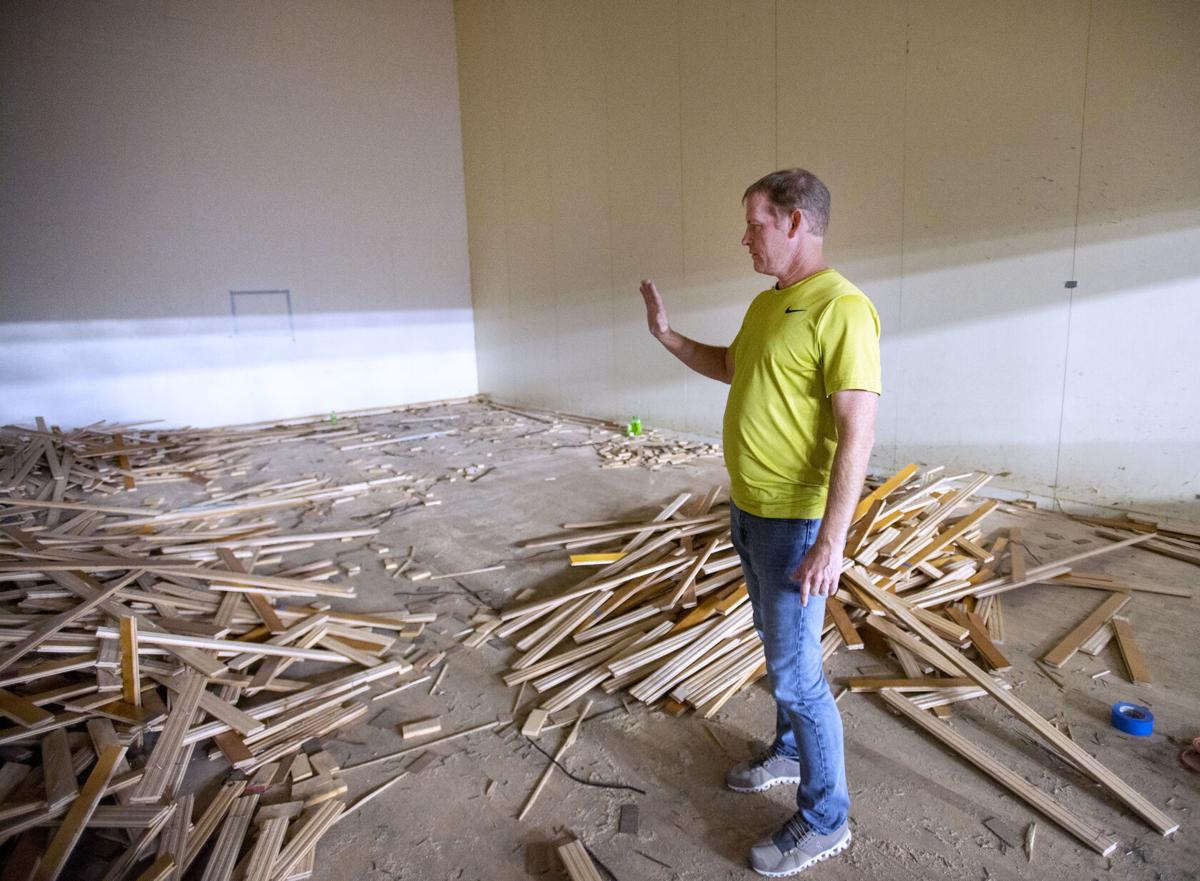 Matt Lavinder shows the area that is under construction that will become part of the new pickleball courts at the former Bristol Racquet Club. Lavinder and his wife recently bought the property. 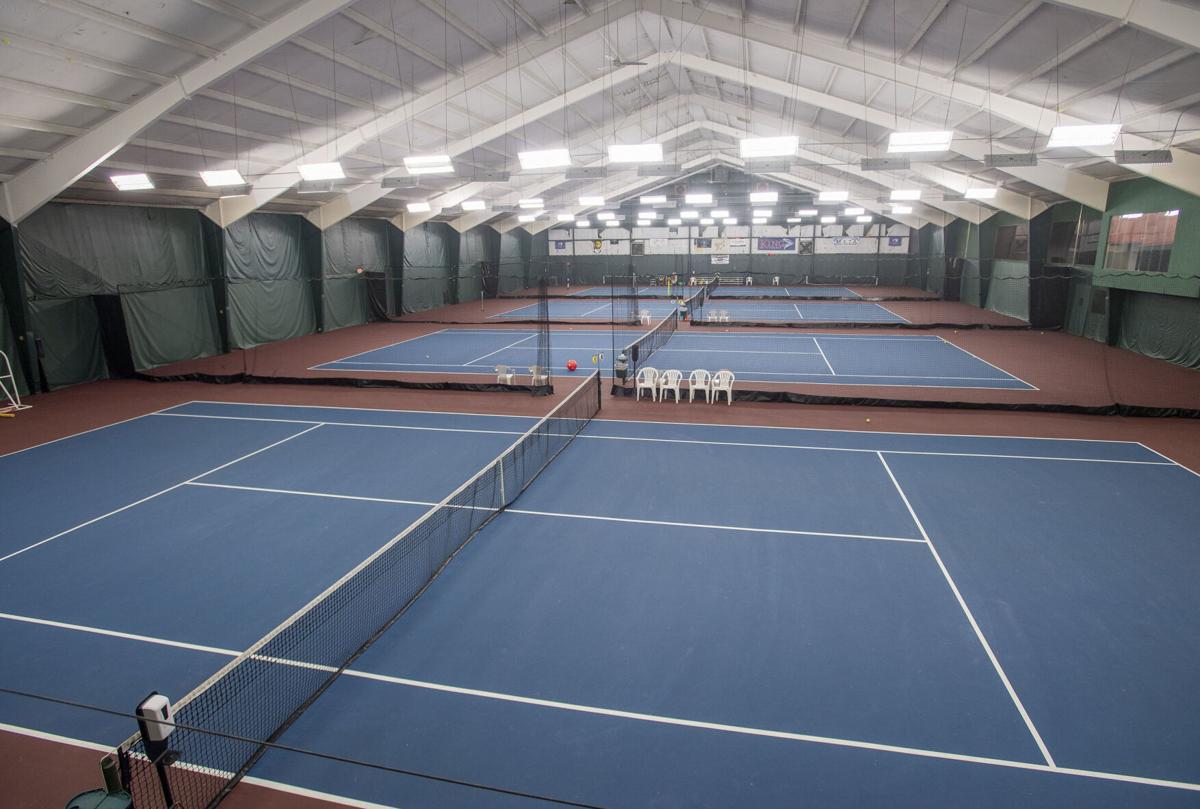 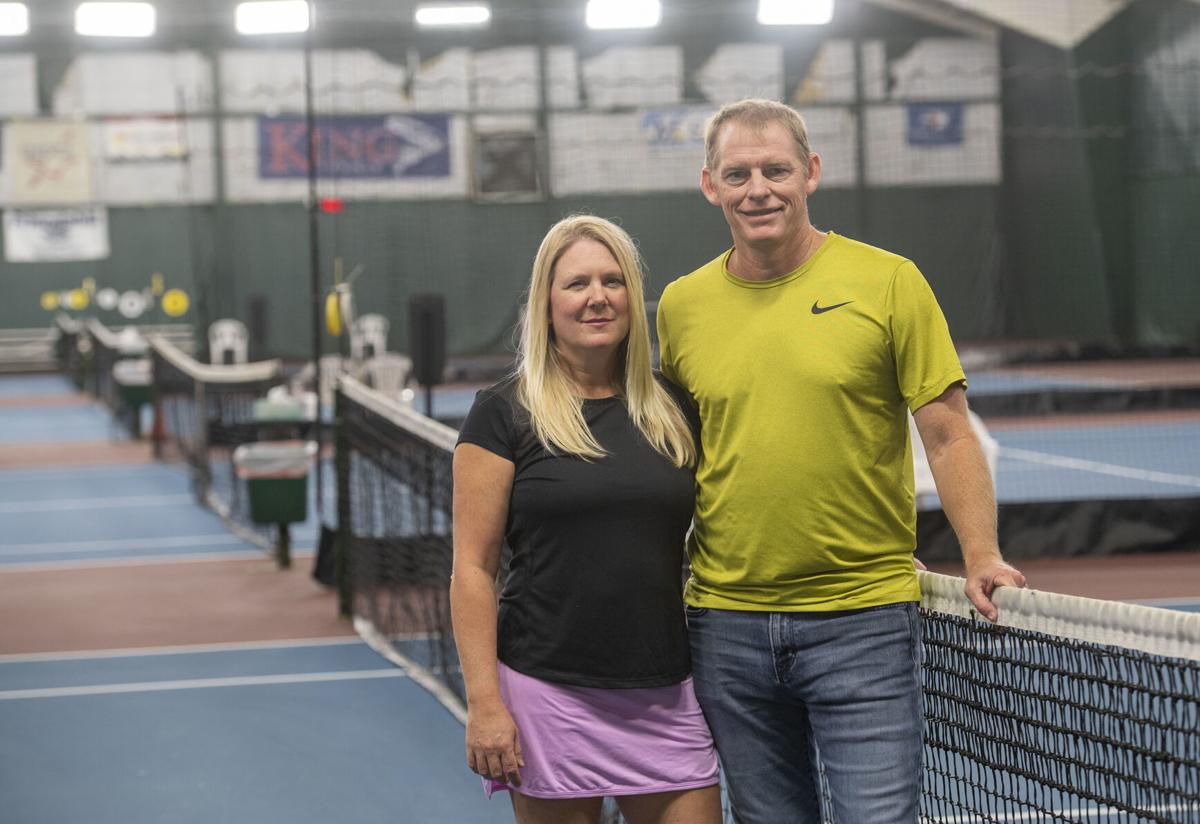 Now, he’s found a new sports obsession. So has his wife, Holly.

“I spent my whole life in soccer. Last year was the first year in 25 years that I have not coached soccer and I filled every minute of it up with tennis,” Lavinder said. “I decided I was going to learn to play tennis, so the past year I have just been totally absorbed with it and Holly has been as well. We have just fallen in love with the sport.”

So much so that the couple recently purchased the Bristol Racquet and Fitness Center from Todd Smith, who had owned the longtime facility on Raytheon Road in Bristol, Tennessee, since 1994. It has been part of Bristol since 1975.

“We both really started playing a year ago. It is a very social sport so there is a community around it,” Matt Lavinder said. “It is a sport you can play for the rest of your life.”

Holly Lavinder has finally found a fun method for staying in shape.

“I have run, I have done classes, my family was engrossed in soccer, but I never played soccer so starting to play soccer when I am 30 and 40 years old wasn’t happening,” said the former cheerleader at Sullivan Central and King. “The thing that I like about tennis is you get that activity, that fitness and I actually enjoy it. I am hooked.”

The couple, who have been married for 23 years, are banking that other members of the community are looking for a similar outlet.

“We want to do more than tennis. We want to help build a culture here,” he said. “People have a home, people have work, but we want this to be the third place where they come and play and have a social scene.”

“Pickleball is the fastest growing sport in the country. I think the reason is it is so accessible. With a sport like tennis, you really have to acquire the skill to enjoy it so it takes some commitment,” Matt Lavinder said. “Whereas, pickleball is one of those sports where you can pick up a paddle whether you are 15 years old or 90 years old and be able to play.”

While the Lavinders are taking over a facility that has memberships currently totaling around 70, they are looking to make what will be called the Bristol Sportsplex a place for all.

“I think the thing that has drawn us to it is we see it as an asset to the community, something to enrich the community with,” Holly Lavinder said. “Then also it is health, it is fitness, it is creating a culture and we want to be part of something bigger than ourselves.”

It’s not like the parents of three didn’t already have plenty to do. While she is a pharmacist in Kingsport, he is the founder of New Again Houses, a company that flips homes, with 14 locations across the nation.

There are plans for more. The weight room on the second floor is still being used, while the adjoining room overlooking the indoor courts will be converted into a sports pub called The Third Half. He said that same location was the home of Ed’s Pizza back in the 1980s, when memberships numbered more than 300.

There will also be room for exercise classes, and there are four batting cages that could eventually be opened back up for use.

“This was a hopping place apparently. A lot of those members are still here and they tell us about how important it was. Their families just lived here. They would watch each other play, watch their kids, their kids would watch them,” he said. “I was in Europe a few years in the Netherlands and somebody explained their concept of the third half.

“He was like you Americans, you only focus on the first two halves, the most important part is the third half where everybody comes together and has a beer together.”

Holly Lavinder is currently interviewing prospective managers to focus on daily operations, marketing, programming and more. Some part-time help could also be added, while renowned local professional Steve Brooks will continue to serve as club pro and run his academy through the facility.

“A lot of what we are trying to do is take down the barriers for people to play the sport,” he said. “Really keep the place busy and do that by keeping it affordable and creating programs so people can just sign up on an app, show up, play pickleball, play tennis with people your own age or people your own level.”

Renovations will continue through the winter, with expectations that the Bristol Sportsplex is destined to be a busy place in the near future.

“I think we can do a lot of tournaments on the weekends and bring people in,” he said, adding that it’s the largest indoor tennis facility between Roanoke and Knoxville. “The clay courts out there are the best clay courts anywhere around. They have taken really good care of the courts. …

“It is addictive. It really is addictive and people that play tennis, they have to have their fix.”

It’s safe to say the Lavinders have found their “third half.” They are anxious for others to join in the fun. “We play together. Our kids play so it has become a part of the family and it is something Holly and I hope we can do into our 90s,” he said. “It is inspiring to see couples in their 80s that are still playing at a high level around here.

“I don’t know if I have ever been in better shape than I am now, all because of tennis.”

Officers from the Bristol Tennessee Police Department found three bodies from an apparent murder-suicide at a Trammell Road residence early Saturday after responding to a report of shots fired, according to a statement from the department.

A police officer is breaking gender barriers as the only current female investigator serving with the Abingdon Police Department.

Coalition of churches pays for billboards against proposed casino

WATCH NOW: Trump parade rolls through Tri-Cities with just over 2 weeks until vote

A wave of COVID-19 across the region has Ballad Health officials forecasting that more and more people will require hospitalization in the upcoming weeks.

A King University student who reported being sexually assaulted has been charged with filing a false police report in Washington County.

Residents and leaders of Bristol, Tennessee are among those awaiting the outcome of a Virginia referendum that could bring a proposed Hard Rock hotel and casino resort to the Twin City.

Matt Lavinder shows the area that is under construction that will become part of the new pickleball courts at the former Bristol Racquet Club. Lavinder and his wife recently bought the property.