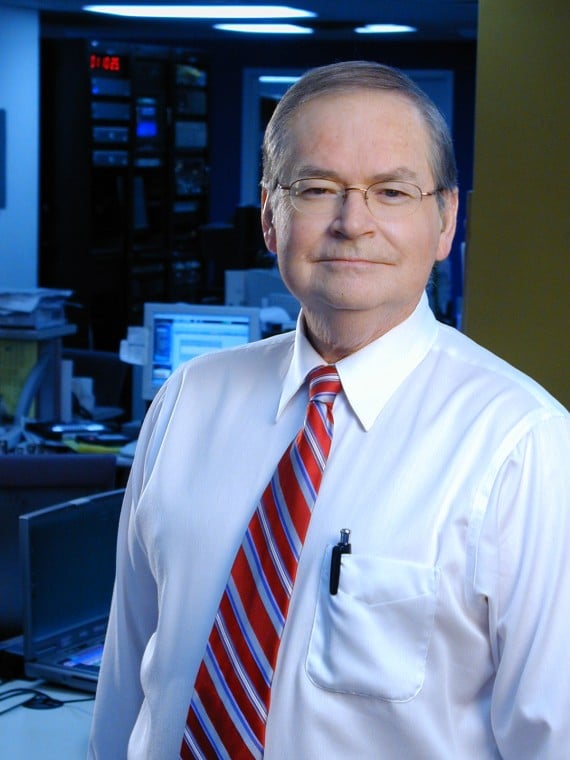 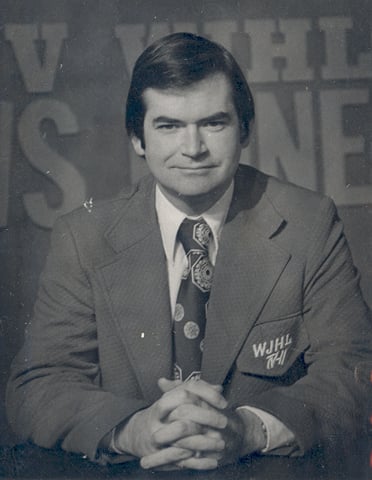 A fixture in homes around the Tri-Cities Region... a part of the WJHL-TV family for more than four decades, Bob Lewis died early today after a long health battle.

From 1967 through 2007 - this region and this nation underwent radical change.

But here at WJHL-TV - one thing never changed during those 40 years, and that was Bob Lewis.

Bob passed away early this morning from complications relating to his long and public battle against heart disease and cancer.

Robert L. Lewis got hired here at  WJHL-TV in 1967 as a part time camera man, but the man who hired him told me today - he quickly realized Bob had a heart for news.

Through the years - Bob did it all  here at WJHL, with his front row seat on the news of the day. At that seat here in our studio where he came into so many homes every day.

“He used to go out as a cameraman and cover news story,” said Al Gregory, longtime WJHL-TV employee and the man who hired Bob Lewis. “ He was always interested in the news.  We auditioned him, and he got the job."

Al told me - as much as Bob loved the news business... he loved the people in the business - a source of strength when heart problems and cancer repeatedly almost ended Bob's career.

But Bob  always found a way to get back on the air.

"He did it because he really loved the wok,” said Gregory.” He loved the people he worked with...and it made it easier even thought he was inwardly suffering."

"I think his body had been through so much,” said Tim Cable, who worked alongside Lewis. “It couldn't take anymore."

Tim Cable says at first - Bob Lewis was a man on TV.

"I remember as a young boy watching Bob,” said Cable. “And I mean - he was a rock star... to me.   So I watched him as a boy and never dreamed I'd get to work with him.  I was just star struck."

But soon - a fan became Bob's friend.  Through the years as co-workers... fun on camera and off as the TV business underwent incredible change.

"He was resilient. Not many people understand how intelligent Bob was.  Extremely smart.  And took the changes in this business and just rolled with them," Cable said.

In 2007, Bob retired and spent the last five years enjoying himself, making music with his Bob Lewis Band, and savoring every day with his beloved wife Madaline ... his five children and seven grandchildren, the people who shared this man, with us.

Today, the WJHL family learned of the death of a retired colleague and dear friend.  Robert “Bob” L. Lewis, Jr. passed away last night at an area hospital.

Bob’s career here at WJHL began in March 1967, and during his 40 year tenure at the station, Bob played many roles that included cameraman, announcer, morning show anchor, noon anchor and news director.

Josh Smith, WJHL’s evening anchor, shared this upon hearing of Bob’s passing: “Bob was the heart of this TV station for more than four decades. He hired many of us, shared his coffee with us, and lived life along side us and we are heartbroken he is gone.”

Bob retired in October 2007, and not being one to slow down, he got his old band back together. The Bob Lewis Band played at clubs around the Tri-Cities region and entertained at special events.

Born on June 21, 1945, Bob would have turned 67 this Thursday. A resident of Johnson City, he is survived by his wife, Madaline, five children and seven grandchildren.

We spoke with Madaline this morning and funeral arrangements are incomplete at this time, we will share once finalized.

“Bob Lewis was a news icon in the Tri-Cities region and a strong foundation on which WJHL’s rich news legacy was built. We are deeply saddened by this news and our thoughts and prayers are with Bob’s family and friends as they deal with this difficult time,” Rob Bunch, Interim General Manager – WJHL.

You can leave your favorite memories of Bob and condolences for his family in the guest book linked at the right.