A trio of framed Grammy nominations hang on the wall inside Wayne Taylor’s home in Bristol, Virginia. Loads of awards occupy the nooks and crannies of the bluegrass veteran’s home.

Taylor, along with Tim Stafford and company, leads Blue Highway on their two-night, four-show stand at Johnson City’s historic Down Home on Friday, July 16, and Saturday, July 17.

Young blues musicians may seem as extinct as pop-topped Pepsi-Colas. But look to Mississippi, long a rich vein of blues music, to find Christone “Kingfish” Ingram and Jarekus Singleton.

No Kingfish this time. However, Jarekus Singleton returns to the area on Saturday, July 17, for a face-melting program at Wolf Hills Brewing Co. in Abingdon. A purveyor of electric blues, the guitarist blends rawness from the Mississippi Delta with touches of Muddy Waters’ Chicago blues.

Sum effect? Bring an air conditioner when listening to Jarekus Singleton. When he’s onstage and the sweat builds upon his brow, he’s apt to lean back and let his fingers make those strings wail for all the mercy God can allow. It’s unadulterated. It’s unabashed. When unleashed, Singleton becomes an undeniable force unto himself and the blessed blues.

Treasures come from all sorts of sources, circumstances and places. Darrell Scott qualifies as a living treasure.

Scott, perhaps best known for having written “You’ll Never Leave Harlan Alive,” wears his Kentucky roots raw on his sleeve. Hear him emote during the 1927 Society Concert on Saturday, July 24, at the McGlothlin Theatre in the Birthplace of Country Music Museum in Bristol, Virginia. Tickets, at $100 apiece, are extremely limited.

Well, Scott bears talent that’s similarly rare. He eschews commercial avenues of music for routes along America’s backroads of music. His sounds gravitate toward the sounds that such pioneers as Hank Williams and Jimmie Rodgers left behind. Just listen to his recent “Darrell Scott Sings the Blues of Hank Williams” album. Pure music alchemy, stirred to levels of mastery, results. So it goes in the wide musical world of Darrell Scott.

The legendary Oak Ridge Boys are scheduled to return to the region.

Members of the Country Music Hall of Fame, the quartet will appear during Symphony of the Mountains’ 75th Anniversary season on Saturday, Sept. 18, at the Toy F. Reid Eastman Employee Center in Kingsport. Tickets are on sale now for $35.

“Out of all four of us,” said Sterban last year, “there’s no one who can interpret a song and communicate that song to an audience like William Lee can. When he sings ‘Thank God for Kids,’ you can look into an audience. It touches people. They have tears in their eyes. He’s a master at that.”

Formed during World War II as The Oak Ridge Quartet, they quickly gravitated to America’s most prominent stages. By the end of the 1940s, they were regulars on Nashville’s esteemed Grand Ole Opry.

“They became regulars on the Friday Night Opry show at the Ryman Auditorium in Nashville,” Sterban said. “In the 1950s, they disbanded. They reformed in the 1960s as The Oak Ridge Boys.”

Golden, in those days short of hair and clean shaven, joined The Oak Ridge Boys in 1965. He’s the longest-tenured member of the vocal group. Allen, a veteran of other gospel singing groups, joined in 1966.

“Mister calm,” Sterban said of Allen. “Probably one of the best singers you’ll hear anywhere. He’s got that smooth voice that we’re built around. We depend on his voice.”

The Oak Ridge Boys last appeared in the area in January 2020. They performed a two-night, sold-out stand at the Paramount in Bristol. Message clear: Tickets to see them during Symphony of the Mountains’ Diamond Jubilee season will go quickly.

Judges belong in the courtroom, not the church, at least according to Stephen J. Semones, author of books and author of a church. Semones spearheads Outlaw Ministries. That morphed quickly into Outlaw Church, which will open for services on Sunday, Nov. 21 in Bristol, Virginia.

When the pandemic took hold last year, local musicians Justin Mychals, Benny Wilson and Quentin Horton wrote songs. Hear some of those when the trio helms Just Another Night. The show is set to stage on Friday, Sept. 24, at the Kingsport Moose Lodge in Kingsport.

MATTINGLY: Lisa Beamer on the lessons she learned after 9/11

For those who lived through Sept. 11, 2001, the drama of Todd Beamer and the heroes of Flight 93 has become an essential part of many anniversary rites. But the young software salesman also asked to deliver a final message to his wife, Lisa Beamer, and their two sons.

The Girl and the Raven named 'best eggs' in region

The Girl and the Raven, an Abingdon café that serves breakfast and lunch, earned the honor of having the best eggs in the region in a statewide contest run by the Virginia Egg Council.

How well do you know the people you love? What stories do you tell about them? How do you hope they’ll remember you?

Hollifield: A strange shoe incident from back in the day

Sometimes, when I’m at a store, I say to myself, “If I can get home, I will never leave my house again.”

Exchange Place Living History Farm will usher in autumn when it hosts the 49th edition of its Fall Folk Arts Festival. 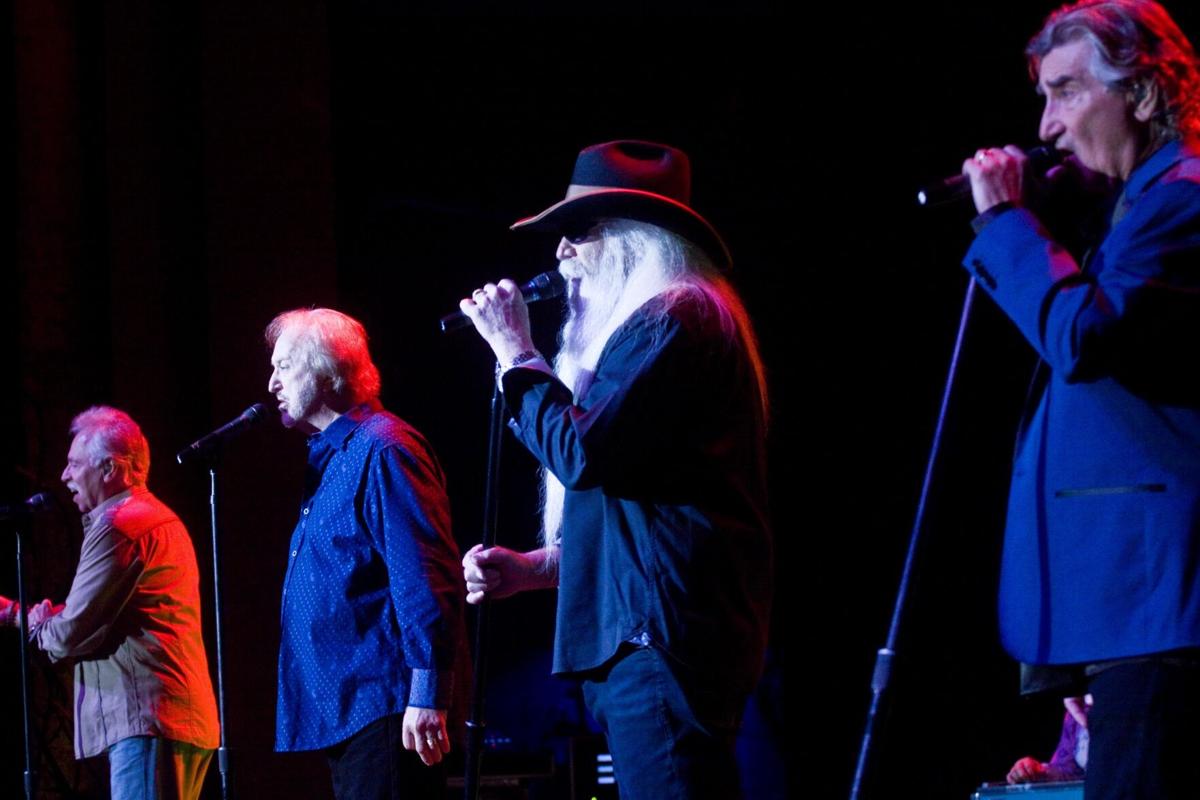 MUSIC NOTES: The Oak Ridge Boys perform at the Paramount in Bristol in 2020. The group returns for Symphony of the Mountain’s 75th Anniversary season on Saturday, Sept. 18, and tickets are now on sale.