© 2021 Lee Enterprises
Terms of Service | Privacy Policy
Share This
Pastor Richard Baker’s book, ‘Such a Worm as I,’ chronicles his life from bondage of drugs and alcohol to the arms of God
0 comments
Share this
{{featured_button_text}}
BY TOM NETHERLAND | SPECIAL TO THE HERALD COURIER

Discipline of a wildwood weed, the freewheeling fellow graduated from simple highway infractions to drug use, addiction, and sales thereof. His was a life in a downward spiral.

Chronicled in “Such a Worm as I” (418 pgs, Derek Press), Richard Baker wallowed in the clutches of the devil. He lived in a manner demonic, behaved demonically, and nearly wasted his gift of life while impaled at the gates of hell.

As detailed in his remarkably unflinching book, which was released in November, Baker was a drug addict and dealer who rerouted his life to become a preacher.

“I was about as narcissistic a person as a person could get,” Baker, lead pastor of Grace Point Church in Bristol, Tennessee, said. “If you got in my way, it was a bad day. If you crossed me in a bad way, it was a very bad day.”

Those were the days of the 1970s. Expelled from high school, Baker steered into life’s fast lane in literal and figurative ways. By the age of 22, he accumulated multiple flirtations with the law. Among them, a stack of DUIs. First came alcohol and marijuana usage. Harder drug use followed, including incorporations of cocaine and LSD.

“Ecstatic. On top of the world. Invincible,” Baker said while seated in his office at Grace Point on Wednesday afternoon. “But even though I had gone astray, God never gave up on me.”

From there, Baker turned to dealing and enforcing. Ultimately, he worked for a drug cartel based in Indiana. En route, he felt the darkened grasp of Satan.

He even prayed to Satan. For instance, there was a time while driving when he came upon a road check.

“I didn’t have a shirt on, wore blue jeans, no shoes,” he said. “Five pounds of drugs in the floorboard.”

Sure he’d be nabbed, Baker prayed.

“I prayed to Satan,” he said. “I said, ‘If you get me through this checkpoint, I’ll give you more of my life.’ The officer waved me through.”

However, by the time of his 17th year, Baker’s dawdling in drugs and alcohol intensified. As if on a leash, he was led down an ever-increasingly darkened path. Amid the darkness came a light in the form of Cheryl. But 20 days after release from jail, Baker married her at the age of 17.

En route to Florida to vacation at Disney World in 1979, the couple visited Baker’s grandmother. While there, she suggested they attend a tent revival.

“It must have been a spectacle to witness,” Baker writes. “A Pentecostal woman in her 70s with a beehive hair-do getting out of a sports car, being escorted by a long-haired hippie looking dude, with a beautiful blonde following along!”

Baker’s wife transformed. The next day, he wanted to continue upon their vacation to Florida. She wanted to go back to church.

“That was just a few days before my 22nd birthday,” Baker said. While seated during the tent revival on that day in 1979, he heard a voice.

“‘You can never be saved,’” Baker writes. “‘You sold your soul to me that night in your home when you knelt down and prayed to me!’”

Momentarily, an elderly man walked down the aisle and toward Baker. He laid his hands atop Baker’s hands. He said, “In the name of Jesus, be thou set free,” as detailed in the book. He writes that he felt a sensation as something exited his being.

“That was the most important day in my life, period,” Baker said. “Without that day, everything else in my life wouldn’t have happened.”

One sentence from scripture turns up in multiple places within Baker’s office. One appears on a wall, another etched in glass on a shelf. Behind the nameplate on his desk, the words drawn from Nehemiah 2:18 emerge once again:

“The good hand of God is upon us.”

Baker, released from the grip of drugs and Satan, turned to God and the pulpit. Forty-one years and multiple pulpits later, Baker and his wife Cheryl, moved to Bristol in 2006.

“John Gregory hired me to head his foundation (the Lazarus Foundation),” Baker said. “That’s what brought me to Bristol in 2006.”

Consequently, Baker traveled the world in an effort to aid orphans. Detailed in his book, he’s visited more than 70 countries, hobnobbed with dignitaries as well as the downtrodden.

“One day I sat down for dinner with the president of Nigeria,” Baker said. “On that same day, I ate with orphans. By the way, 100 percent of the $20 for my book will go to (Bristol-based) Serving Orphans Worldwide if you buy it from me.”

Baker returned to the pulpit as a preacher in 2015 to pastor Grace Point Church in Bristol, Tennessee, a post he holds today.

“In 41 years, I’ve never ever thought about turning my back on God,” Baker said. “I realize how much God loves me.”

Perseverance marks the music and life of Kasey Williams. A native of Johnson City, hear some of Williams’ new creations when she steps onstage at The Cascade Draft House in Bristol, Tennessee on Friday, April 9. Catch her again on Saturday, April 10, at Capone’s in Johnson City.

NOPHLIN: Holy Saturday, in between space and time

After being forgotten in a desk drawer for almost 35 years, a sealed copy of the Nintendo video game Super Mario Bros. sold at auction last week for a whopping $660,000. 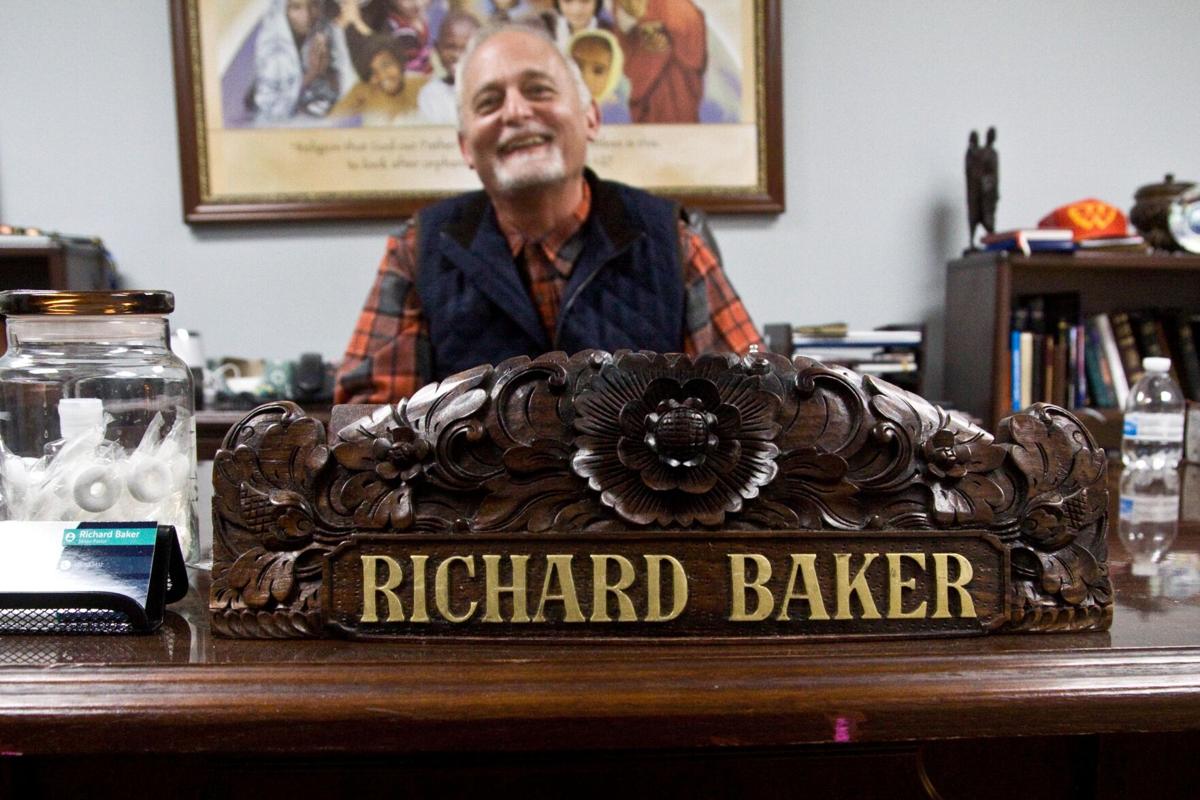 Amazing grace envelops Baker’s life today. "I was a worm," Richard Baker, who pastors Grace Point Church in Bristol, Tennessee, said. When he experienced the call to preach, Baker said he heard the words: "Son, will you carry my word?" 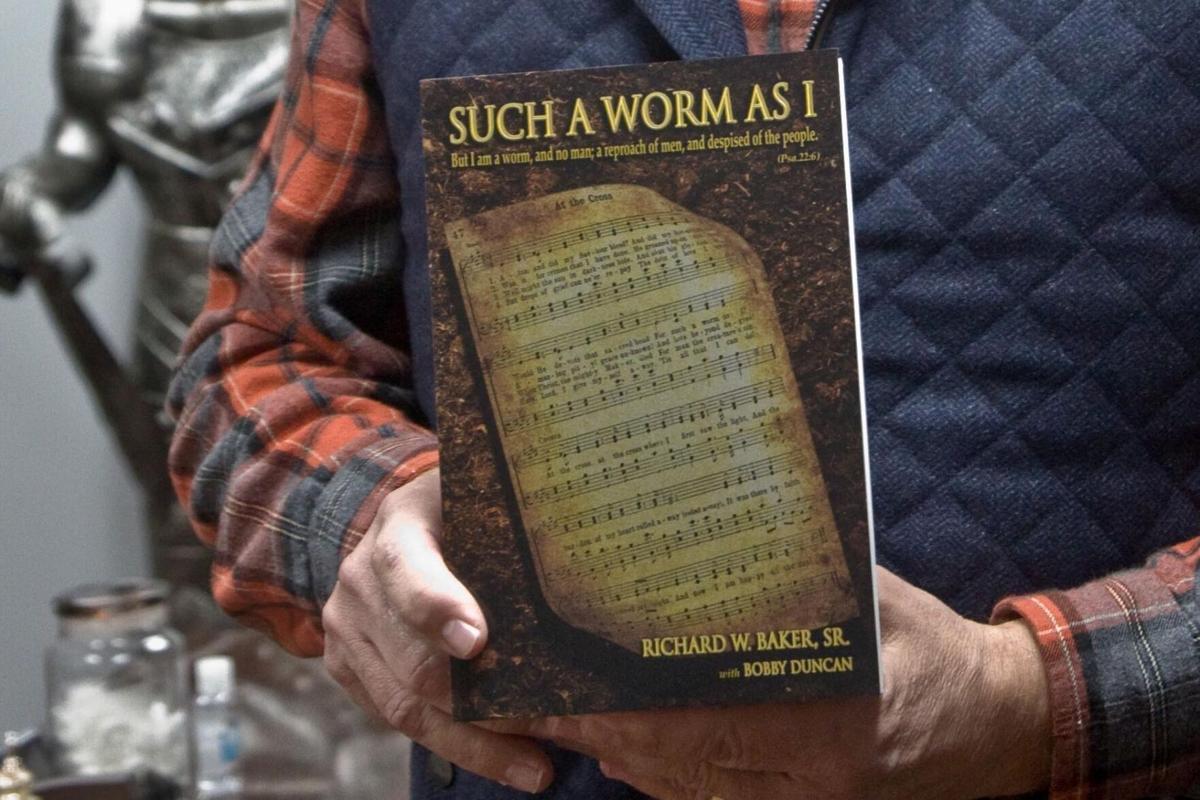 Written with Bobby Duncan, pastor Richard Baker’s book, “Such a Worm as I,” chronicles Baker’s life from the bondage of drugs and alcohol to the arms of God. Baker said 100% of the $20 purchase price will benefit Bristol-based Serving Orphans Worldwide if bought directly from him. 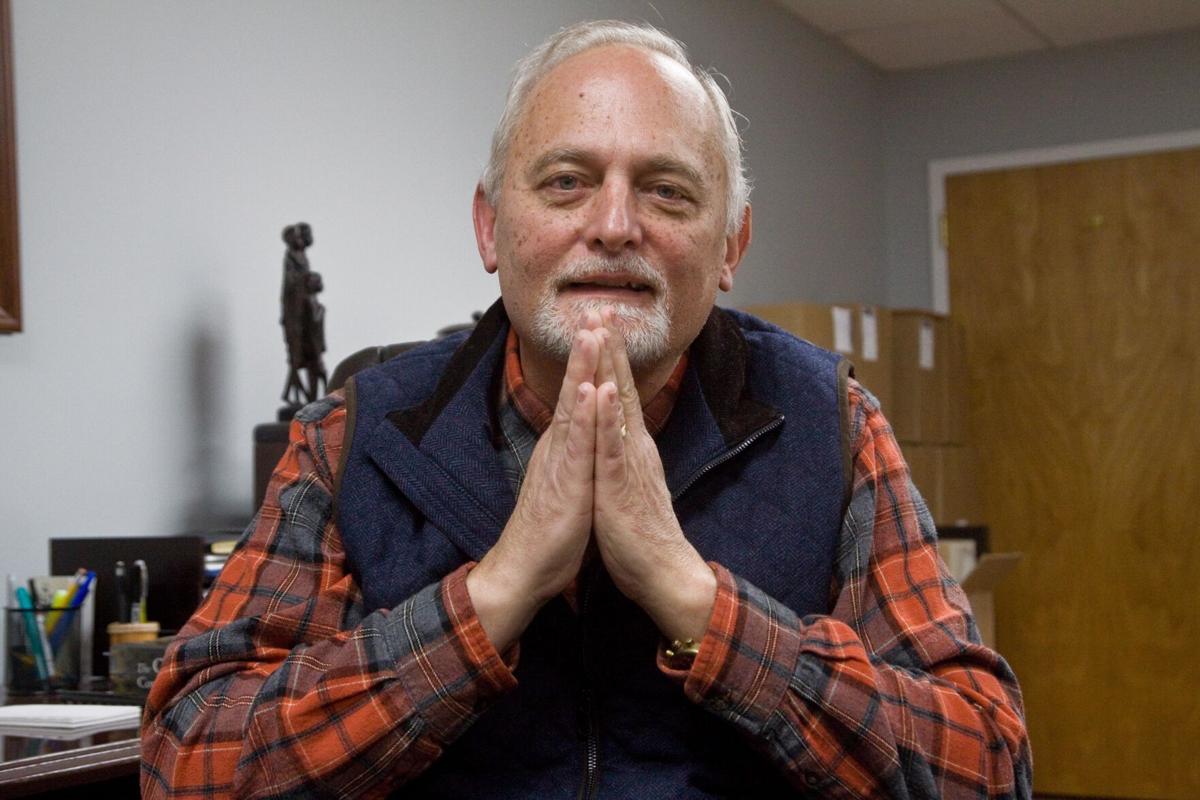 When he experienced the call to preach, Richard Baker said he heard the words: “Son, will you carry my word?” 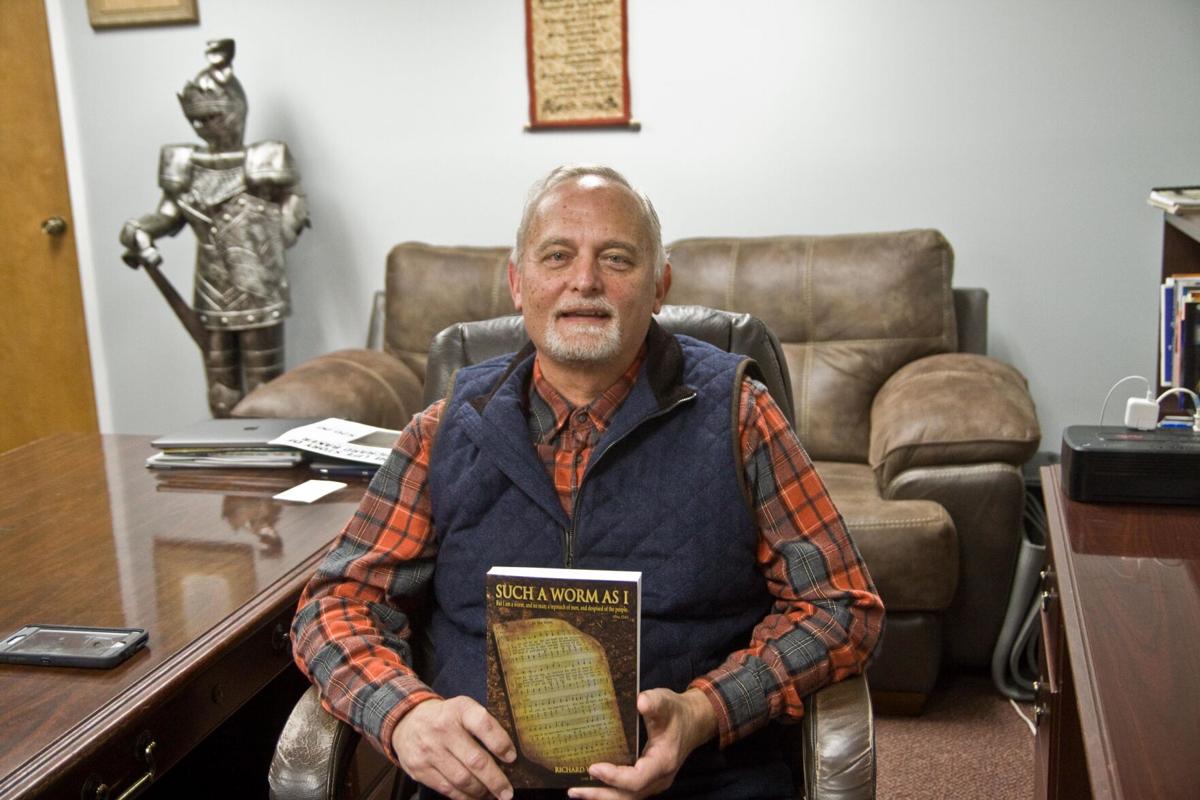 “I was a worm,” Richard Baker, who pastors Grace Point Church in Bristol, Tennessee, said. When he experienced the call to preach, Baker said he heard the words: “Son, will you carry my word?” 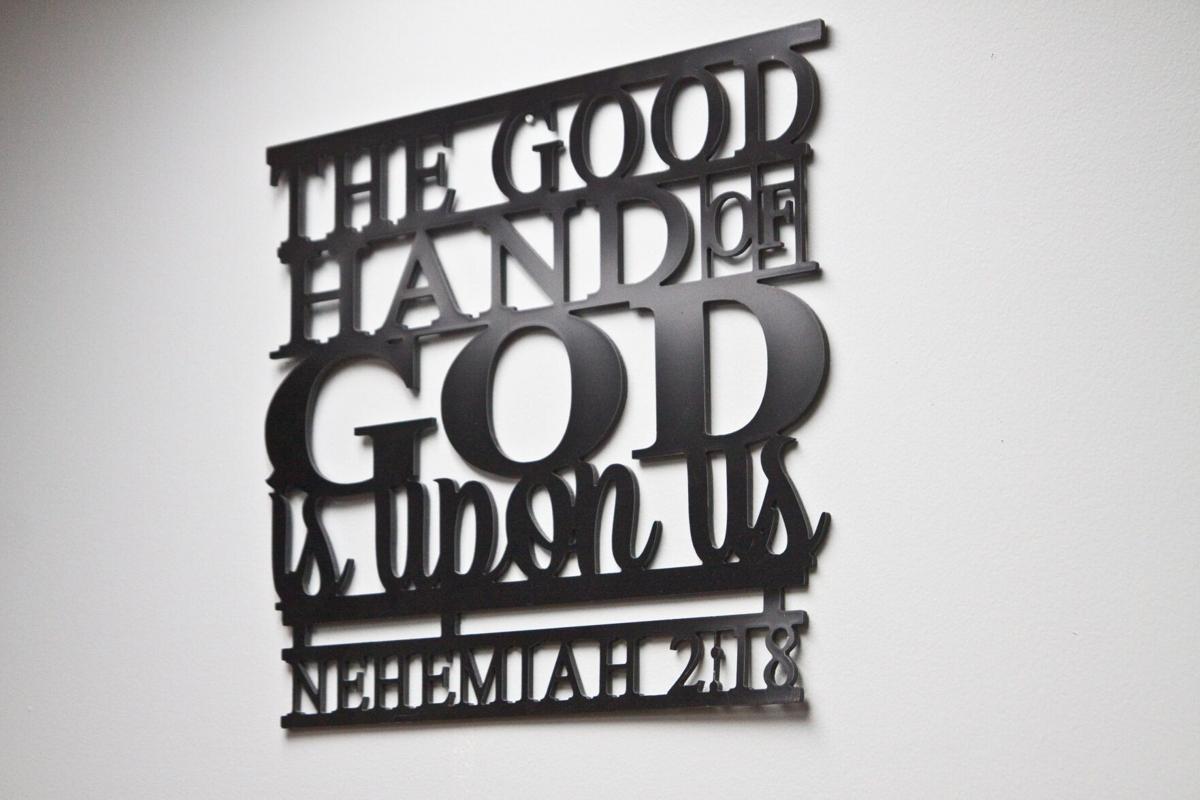 Multiple examples of Nehemiah 2:18, including this reminder, turn up inside Baker’s office at Grace Point. 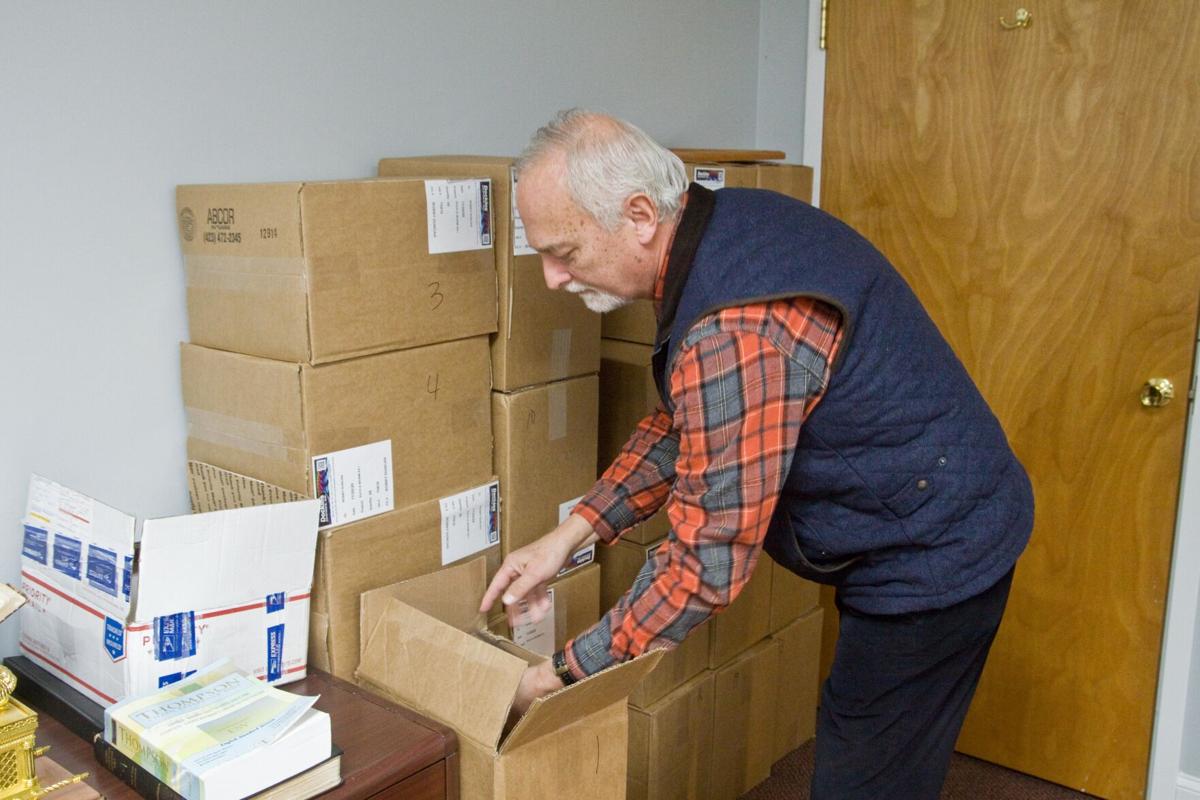 Baker retrieves a copy of his new book, from which Baker said 100% of the $20 purchase price will benefit Bristol-based Serving Orphans Worldwide if bought directly from Baker.