Sfoglini cascatelli pasta, the shape of the future
0 comments
Share this 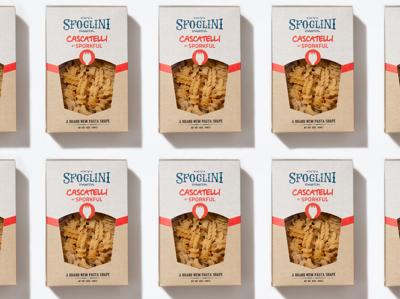 In the culinary universe, creativity reigns. Yet one area where tradition rules is the world of pasta shapes. The origin of Italian pasta is studied and debated by historians to this day, but one fact remains: There is next to no innovation in the creation of new pasta shapes.

That was, until March 19, 2021, when cascatelli was unveiled to the world. The brainchild of Dan Pashman, James Beard Award winner for his podcast, The Sporkful, cascatelli evolved over nearly three years, all with the indispensable assistance from Sfoglini Pasta, the company willing and able to help execute Pashman’s vision.

Sfoglini’s pasta line includes shapes that are both traditional but also have a “wow” factor. Their investment in bronze dies allows for precision in their pasta’s cuts, ruffles and grooves. The quality of their flours and the fact that Sfoglini was a midsize pasta manufacturer willing to work on Pashman’s small-scale project helped cinch the deal.

“Our shapes set us apart from other producers, and we were excited to have this opportunity," says Scott Ketchum, co-founder of Sfoglini in West Coxsackie, New York. “But, producing the new pasta shape wasn’t easy.” One of the first challenges was modifying and redesigning Pashman’s initial concept into one that could realistically withstand the challenges and complexities inherent to the production line.

“We worked with Dan and the bronze die maker to adapt his shape into something we could produce on a large scale,” Ketchum says. “The majority of our investment came from the hours and hours in research and development with lots of trial and error. There were more failed attempts than successful ones.”

Designed for strength as well as beauty

Cascatelli, Italian for “waterfalls,” now officially holds a spot on Wikipedia’s list of pasta shapes. It’s remarkable for its ability to hold sauce within a half-tubular structure on both sides of the pasta, and it’s also embellished with ruffles or waves which not only helps adhere the sauce, but also creates a strikingly beautiful plate of pasta.

Considered a short-cut pasta, which works especially well with a ragù or sauce with small pieces of meats and vegetables, the slightly longer cut makes it versatile for a wide range of recipes.

Curious how to properly match the best shape to your favorite sauce? Here’s a quick guide.

Ever-popular spaghetti, linguine, lasagne, fettucine … These shapes are either round or flat, narrow or wide. Thinner strands such as angel hair (capellini), vermicelli, and spaghetti are best paired with more delicate sauces where butter and olive oil prevail. Wider cuts stand up to full-bodied, thick and creamy sauces, or rich tomato-based sauces and pestos.

These noodles might be the most versatile of the bunch thanks to a wide range of shapes and sizes, but generally, all are crafted to pair well with sauces that contain chunks of meat, seafood and vegetables. Many are curled, ruffled and tubular — designs all specifically created to ensure each bite of pasta holds the perfect ratio of sauce.

“Riga” means stripe in Italian, so when you see pastas such as rigatoni or penne and ziti rigate, you’ll know they are ridged. Their grooves hold a bit more sauce in their crevices, and these varieties far outsell their smooth siblings in Italy.

Tortelloni, tortelli and tortellini indicate diminution of the dumpling renowned in the northern Emilia-Romagna region of Italy, but their root word may be recognizable: “Torte,” or cakes, is loosely defined as a filled dough. These delicacies are treated with a simple brodo, or broth, in the area’s cities of Bologna, Modena and Parma, where the world’s largest pasta producer, Barilla, is headquartered. Any combination of fillings to include eggs, cheese, meats, seafood, vegetables and herbs are stuffed into tubes, shells, triangles, rings and squares.

Regional specialties dominate Italian cuisine, and stuffed pastas are no exception. From the northern region of Piedmont, known for their agnolotti, down to the boot of Calabria where ravioli reigns, mezzelune, cannelloni and conchiglie (jumbo shells) are versions popular everywhere in between.

Ditalini, pastini, orzo and acini di pepe are some of the more easily found miniature pastas available. Traditionally used in soups or rich broths in Italy, some common dishes that utilize these shapes include pasta e fagioli, minestrone and Italian wedding soup.

Orzo might be the most versatile of the group, as it’s often substituted for rice. The starch can be coaxed out of orzo for risotto, or it can be prepared as you would rice pilaf. Although it requires partial cooking, orzo can also be added to stuffed peppers or meatballs.

How pasta producer Sfoglini merges innovation and tradition; learn how to make homemade pasta; and find the perfect sauce and wine pairings. 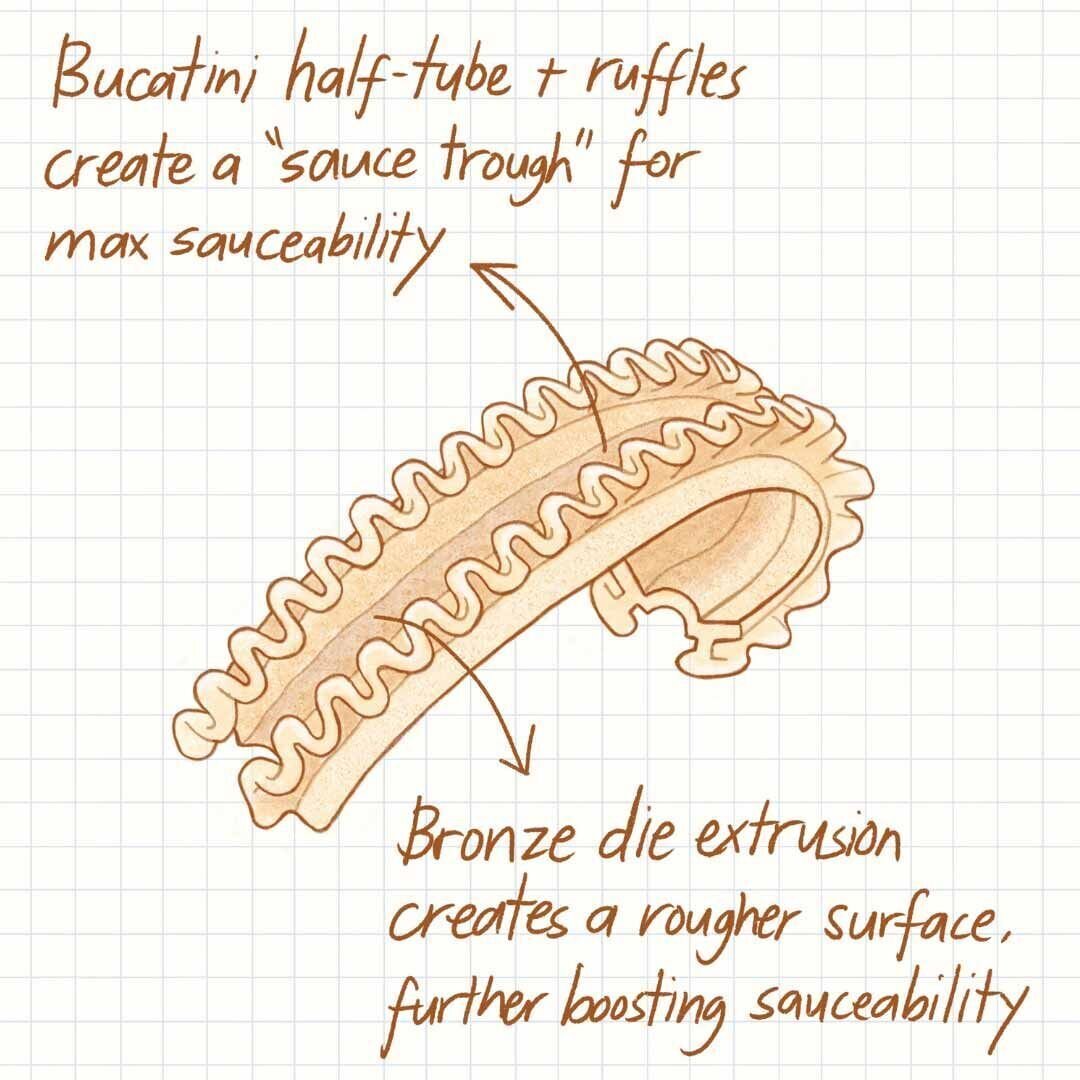 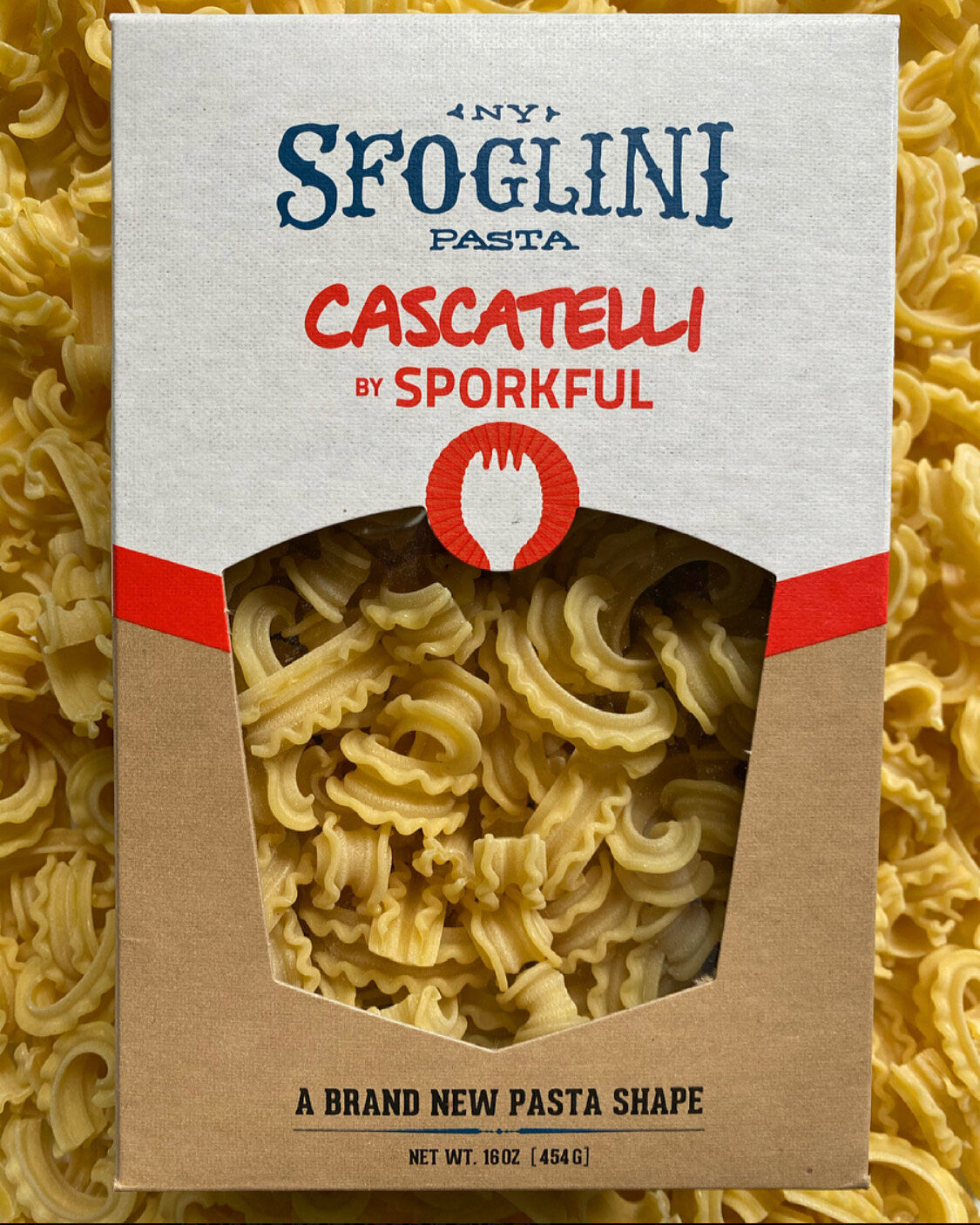 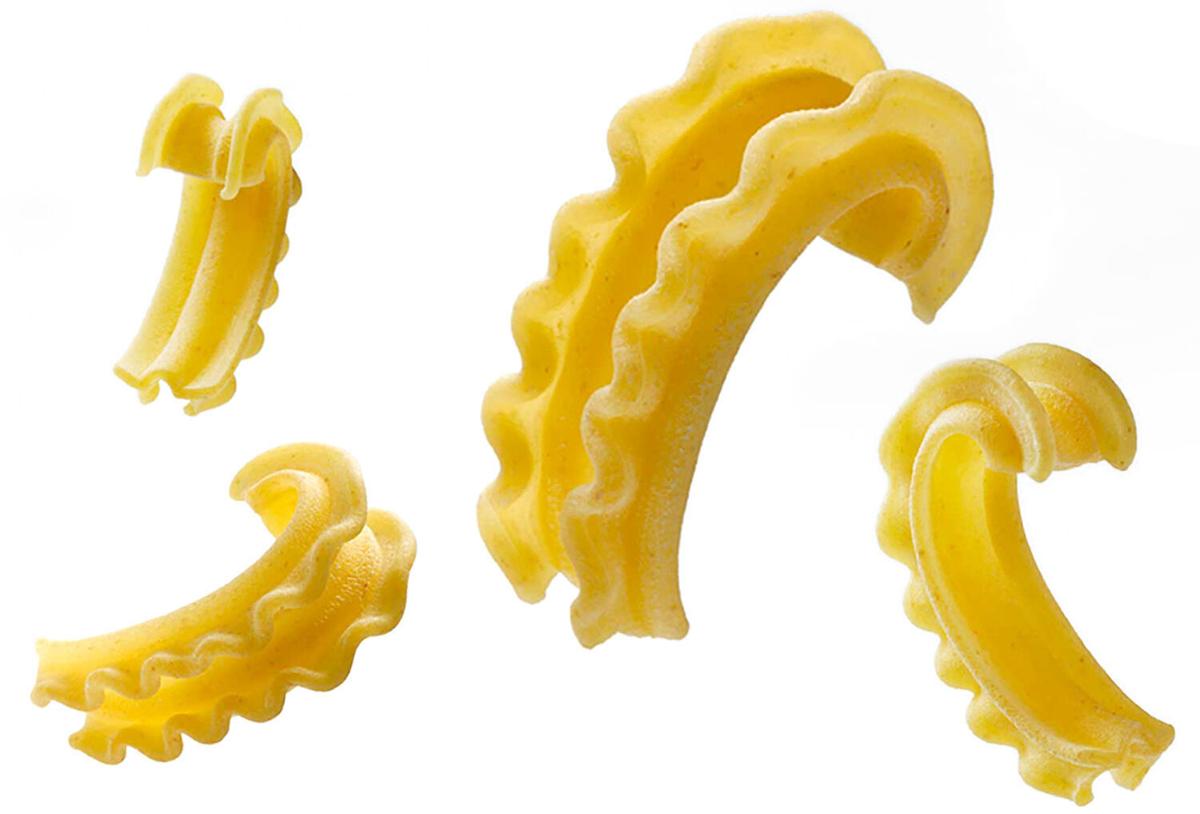