Jans and Uwe Kruger classify as a pair of modern-day Magellans. With music exploration as their forte, The Kruger Brothers find ways to make American bluegrass blend with such sounds as classical and jazz.

» Who: The Kruger Brothers

Whomever proclaimed the death of rock ‘n’ roll overlooked the lively corpses in Pop Evil. As evidenced on their Vortex Tour, which digs in at Capone’s in Johnson City Tuesday, June 28, Pop Evil burst with an undeniably loudness for life.

Incendiary blue-collar rock brands the Michiganders in Pop Evil. New material “Survivor” and “Inferno” aligns with the band’s mainstream rock chart-toppers including “Walking Lions” and “Torn to Pieces.” Melodic to their core, Pop Evil marry hooky keys and chords with lyrics that beguile.

Salve and salvation meet in the middle to form Appalachian Trail.

Led by Vickie and Tommy Austin, the venerable bluegrass band returns to the historic Carter Family Fold in Hiltons, Virginia, Saturday, June 25. A five-member band of balladeers, Appalachian Trail provide songs of and from the Appalachians. They’re like well-buttered cornbread: one serving prompts hunger for more.

Appalachian Trail dates back to 1984. Based in Kingsport, they’re neither Jimmy Martin-like barnstormers nor as edgy progressive as New Grass Revival. Instead, Appalachian Trail resonates best upon high ridges of vocal harmonies. Given a Sunday morning gospel tune or perhaps Merle Haggard’s “I’m Always on a Mountain When I Fall,” Appalachian Trail meanders from the woebegone to the redemptive with equal parts skill and substance.

A gold record arrived in the mail last week. From within its carboard container, Hank Williams Jr. bounded like one whose cage has held him for far too long.

It recalled a long conversation aboard his bus more than a decade ago. Williams sat in his idling ride, and chatted about his legendary career as one of country music’s most successful tastemakers of all-time.

But then he leaned in close, smoke from his cigar haloing his cowboy-hat clad head. He removed his trademark dark glasses. And his hat. His eyes penetrated from about a foot away.

“One of these days,” Williams said, “you’re going to see the real Hank Williams Jr.”

“I hope you got all of that,” Williams said at the completion of the album’s first song, a spellbinding take on Robert Johnson’s “.44 Special Blues.”

Williams’ personality, higher than Willie Nelson in a patch of green, permeates “Rich White Honky Blues.” For instance, he’s boundless on his own “Call Me Thunderhead.” Organ grinder bump and thump blues, it’s richly declarative and sumptuously sinewy in all its wondrous machinations.

“You just wait and see,” Williams said moments before he alighted from his bus to perform in Richmond, Virginia. “Thunderhead’s coming, brother.”

He arrived last Friday. Hank Williams Jr. as Thunderhead Hawkins steps inside juke joint blues on “Rich White Honky Blues” for a romp that’s as raw and real as a howl in the lonesome moonlight.

Watch Now: 10 tips for traveling with a large group 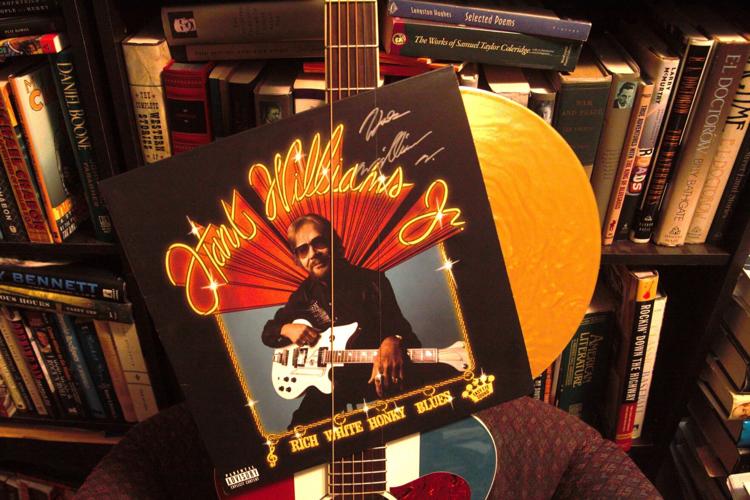 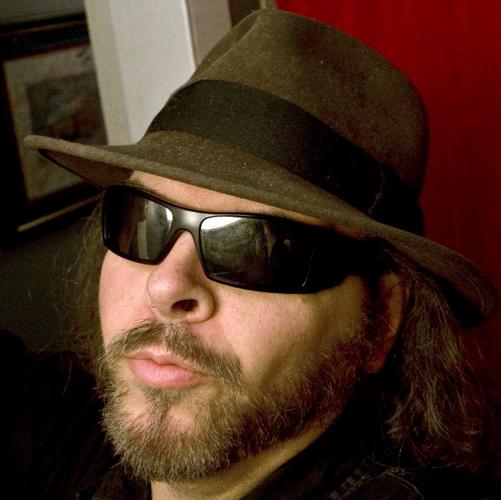